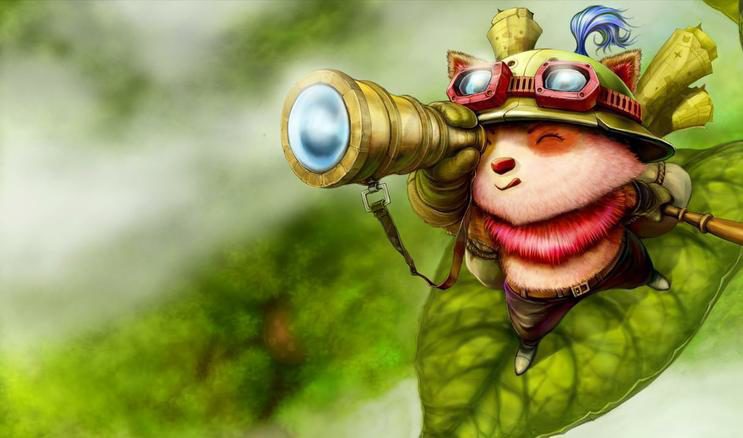 Vision: An Advanced Guide to Warding Strategy in League of Legends

In this issue of our Skill Decompilation Series, we’ll be delving deeper into Vision and its role in successfully climbing the ranked ladder. We’ll begin by discussing “big picture” mentalities that will help you better appreciate Vision control in general. We aim to redefine the perception around Vision control and thus, make it more accessible and enjoyable for all players to emphasize. After exploring mental approaches, we’ll be providing tips for utilizing specific game mechanics that can help you win more, now.

Is your Vision game already top-notch?

Check out our Decompilations on Aggression, Consistency, Farming, Fighting, Objectives, Survivability, and Versatility.

An Introduction to Vision

It’d be a safe bet that between our eight Mobalytics GPI skill metrics, “Vision” would be ranked by players as the least glorious. If you take a look at recent highlight reels from the pro-scene – you’ll likely see clips such as a flashy 1 v 1 mid-lane kill, a well-timed teleport flank, or, of course, a clutch Baron steal.

You’ll hardly ever see Ward placements or Ward clearings being showcased (remember the old sarcastic tradition of crowds clapping for Ward clears during lulls in the action?). Vision is simply boring and less impactful in comparison to mechanical prowess, game-changing play-calls, and well-timed Smite steals…right?

Not so fast – let’s take a second look back at those highlights using a lens that focuses on the role of Vision in the plays:

Take a close look at this 2017 Baron Steals countdown reel by Riot’s “The Penta” series:

You get the idea. Vision won’t provide the killing blow, but it sets the opportunity up like the pass before the slam in a massive alley-oop. Sure, sometimes there are truly blind shots on Baron where RNGesus takes the wheel and gives a lucky steal with something like an Ezreal ult. But for the most part, it’s clear that behind the majority of successful steals, there was a clear attempt to establish control of vision that made an informed decision possible.

How We Measure Vision

While we may concede that Vision isn’t the flashiest Mobalytics skill – we believe it is definitely one of the most impactful. Within your GPI, the Vision score is broken down into the following sub-skills:

This score helps you understand your warding contribution in terms of the three game phases: Early (pre-15 min), Mid (between 15 and 30 min), and Late (after 30 min).

This score focuses on your ability to deny vision, such as with trinkets or Scryer’s Bloom.

Compared to the sub-skills of our other Mobalytics metrics, Vision’s are quite straightforward. If you place more Wards, clear more Wards, and buy more Wards, your score will improve. Our current version of our GPI compares you to all other players, so Supports and Junglers will naturally have higher scores. However, in the near future, your GPI will be compared within your role – so if you’re a Mid who doesn’t Ward as much as your peers, you’ll definitely know.

It’s a great idea to revisit our article, A More Detailed Analysis of Warding in League of Legends. Using in-house Mobalytics data, we break down the differences between the amount of Vision control at each of the ranked tiers from Bronze through Challenger, according to the five role. We’ll give you key insights for improving, such as numbers you should aim to match or exceed at each tier, as well as other awesome tidbits such as popular warding areas used by the pros.

If you aren’t improving your Vision game, you’re limiting yourself as much as if you neglected working on your farming mechanics or team fight positioning. Ultimately, our goal at Mobalytics isn’t to create highlights, but to empower competitive gamers to become the best players of their utmost potential. Remember that true glory is found in the climb.

A great way to improve in almost anything is to reevaluate your perspective. By distancing yourself and changing the way you approach a challenge, you can make handling it easier and even more enjoyable. This technique definitely holds true if we apply it to League of Legends.

A common mentality, especially at the lower rankings, is that warding is sort of like a chore (we know from our Warding article that the majority of players don’t even buy a single Ward). It’s the undesirable “dirty work” passed on to the non-carries while the “good players” handle the actual winning. Of course, this couldn’t be further from the truth – even Faker averages around 0.46 Wards per minute.

How can we change the narrative for lower ranked players to help them better appreciate and emphasize the key role of Vision control in attaining victory? Let’s take a step back and look at some examples of Vision in contexts outside of LoL.

Exhibit A – The Trojan Horse: Despite a clear lead in the war, the Trojans managed to have one of the biggest throws of all time when they failed to recognize the late-game backdoor cheese of the Greek’s horse. Perhaps if the Trojans had gathered more information, and didn’t get careless, they would’ve noticed that something was amiss.

Exhibit B – The Death Star: Luke and the gang wouldn’t have had any real hope in turning the tide against the Empire without the efforts of rebels before them. We later found out that it took a whole movie worth of work to gather crucial intel in exploiting its only weakness.

At its core, Vision control is about the flow and manipulation of information. From the two examples above, we see two ends of the spectrum in the role information can play. On one end (Exhibit A), the absence of information ends up losing a war for a side that had victory in its grasps. On the other end (Exhibit B), a tiny bit of key intel brought makes it possible to win in what used to be an impossible situation.

Find out what works for you. If imagining you’re James Bond gathering intel makes warding more fun and appealing, do it! Once you accept and appreciate the impact of Vision, you can take the steps forward in order to improve and climb the ladder faster.

Imagine having a map hack that allowed you to always see the enemy team’s Jungler (like having the first activation of Twisted Fate’s ultimate as a passive). How would you play differently?

You’d probably have more peace of mind, be able to farm more consistently, and harass more aggressively. You’d be able to more easily coordinate counter-ganks, tower dives, objectives, and so on.

Of course, this map hack doesn’t exist (without cheating), but why not strive for that level of knowledge?

For other summoners who are more comfortable with seeing League from a more methodical perspective, consider Vision control in terms of maximizing the variables you can influence in order to decrease the amount of unknown variables.

If we accept this context, logically, the team that has better overall control of the map’s information will make better decisions than their opponents. Better decision-making leads to better results. Better results leads to more wins and eventually, more promotions for individual players. By this point in our Decompilation, we hope you’ve established a better mental appreciation of why the best players emphasize fighting for Vision control – if you haven’t you might as well stop reading (kidding). For the next half of our article, we’ll be giving specific Vision tips from our Mobalytics analyst, Hewitt “prohibit” Benson.

So pay attention, class is in session.

When you’re in Champ Select strategizing with your team for potential Wombo synergies, split push tactics, and so on – don’t forget to keep your team’s plan for Vision control in mind. Malzahar’s Q, “Call of the Void”, allows Malz to scout Fog of War from a safe distance. His W, “Void Swarm”, has a much shorter range than the Q, but can potentially have more value since Voidlings give vision for 12 seconds or until killed. Thresh’s W lantern ability, “Dark Passage”, can be used to provide sustained vision of an area (6 seconds) with the advantage of being impervious to clearing methods.

These small subtleties can make a big difference in your team comp. Malzahar may provide more damage, but Thresh has the edge in overall Vision utility. On the other hand, Thresh’s lantern doesn’t do any damage so it cannot be used for an objective steal attempt like Malzahar’s abilities can.

Outside of Supports, many champs at every role in the game have at least one ability that can manipulate Vision. Maokai has his saplings. Caitlyn, Jhin, and Teemo have trap mechanics. Ezreal, Ashe, and Twisted Fate can check vision from across the map. The list goes on. Just as you should be aware of your champion’s cooldowns and power spikes, you should also know their limitations as far as Vision control.

Use the map and terrain

If  Wards, trinkets, and champion abilities are your artist tools – the map and terrain are your canvas. Here are some of our favorite tips and tricks to remember when lighting the mini-map with some color:

It’s crucial to make most of your gold investments and trinket cooldowns. The slightest edge can be the difference in your next team fight or gank. Here’s how to increase the value and efficiency of your Vision control:

Be smart with your sweeps In the Aggression edition of our Skill Decompilation series, we taught you “R.I.P.”

For Vision, the mantra we leave you is:

Vision is all about about your I.’s.

The more Intel you have, the more Informed your decisions will be, and the more you’ll Improve.

Found this article helpful? We’d love to hear your feedback so join the conversation in our Discord channel and sign up for our analytics platform to get your own personalized GPI score!

Revisit our other Decompilations if you’d like to learn more about Aggression, Farming, Teamplay, or Toughness.