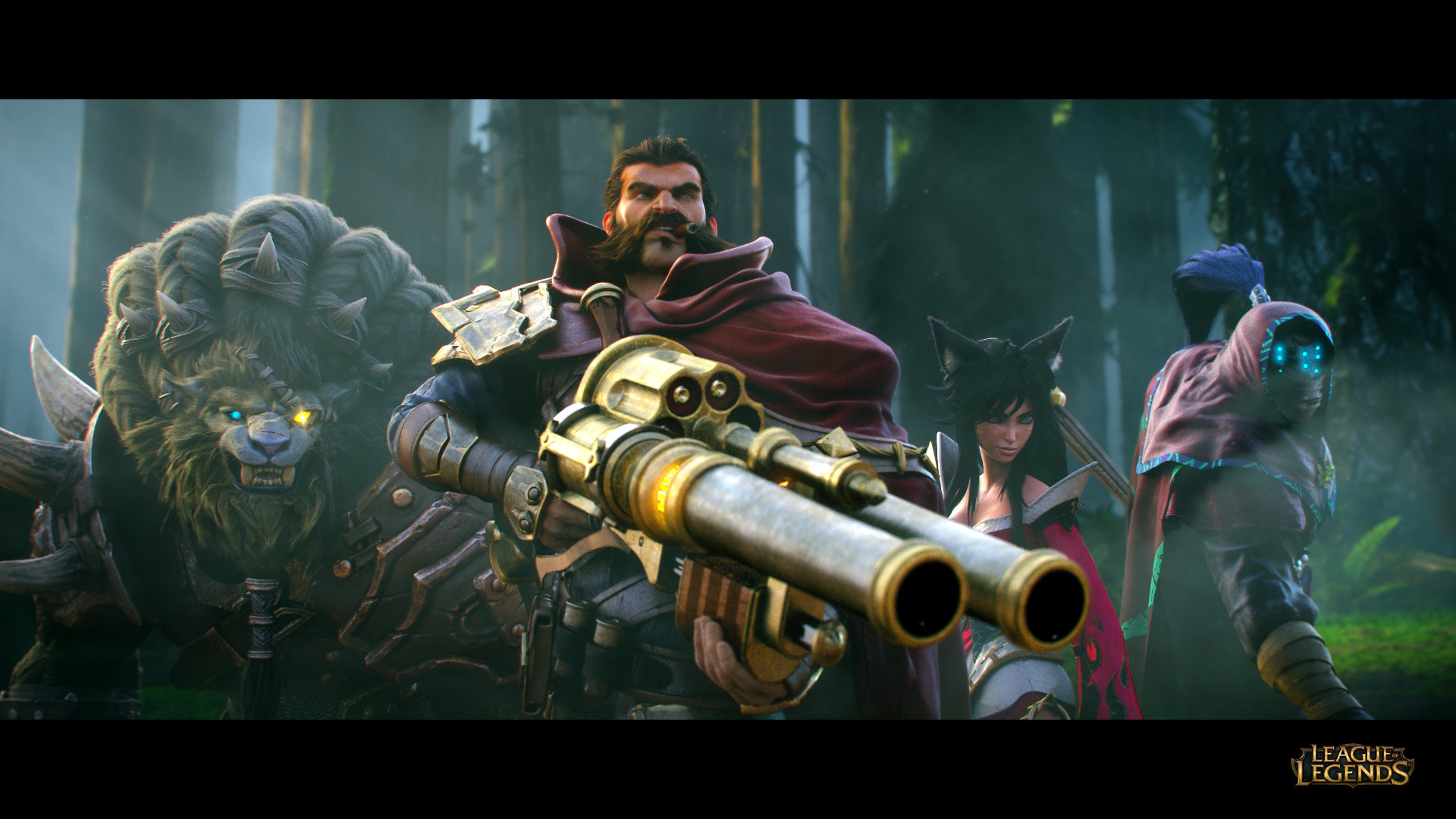 League of Legends Objectives: How to Maximize Synergy and Teamplay

Cooperation is the essential component of League of Legends. If you wanted to test your individual skill, there are many other games you could choose in order to play one-on-one. Yet, here you are again, looking to improve your LoL play. In this edition of our Skill Decompilation Series, we’ll be dissecting Objectives in order to help you become a better teammate and thus, lead you to more overall victories.

Revisit our other Decompilations if you’d like to learn more about Aggression, Consistency, Farming, Fighting, Toughness, Versatility, or Vision.

The Nature of Teamwork

Think back to your middle/high school biology lessons – do words like “mutualism”, “symbiosis”, and “flocking” ring a bell? Your teacher probably taught you about classic synergistic partnerships like the Nile Crocodile and the Egyptian Plover bird, or the clownfish and sea anemone. They probably also taught you examples of individual organisms joining together to create a larger entity, such as a school of fish or a flying-V formation of migratory birds. In all of these cases, organisms are working together in order to achieve things they could not do on their own.

Fish form schools in order to protect themselves from predators. Migratory birds create formations in order to conserve energy and fly farther than they could alone. Without the help of other creatures, life would be much harder – they may even struggle to survive. My main point here is, teamwork is natural! It makes life easier.

League of Legends is no different.

Bot lanes partnerships like Ashe + Zyra and Lucian + Braum have kits that are basically made for each other (hellooo Xayah and Rakan) – they combine to augment the abilities of their partners. On a larger scale, full team compositions can often merge multiple individuals into a singular force of destruction. Like their biological counterparts, Summoners will fail to survive the ladder if they cannot learn to cooperate.

What makes a great teammate?

Since ranked League of Legends is inherently a 5 versus 5 competition, it was important for us to take into account a player’s willingness to participate and collaborate in team-related game events. The Objectives GPI score is broken down into the following sub-skills:

When you enter ranked Solo Queue and Champ Select, you and four strangers are forming short-term partnerships for the next 20-60 minutes. Try to think of them as your temporary tribe, family, co-workers – whatever works. The point is, it’s best to get into a mentality where you’re prepared to work with others in order to achieve your goal.

I think you see what I’m hinting at. We’ve all been in games where someone who wasn’t assigned their desired position takes the Champ Select hostage (“MID OR FEED”). We’ve all seen teammates viciously flamed for an accidental Flash or a whiffed Ultimate. In the big scheme of things, being selfish and lacking empathy will not lead to success, you’re much more likely to tilt your teammates and snowball toward a defeat.

Don’t worry about creating a perfect team, you just have to be a better team than your opponents’. In an ideal world, where Riot’s matchmaking system truly does match teams with equal skill levels, the team that is better able to work together will prevail. It’s like a competition to see who’s less dysfunctional.

These are all reasons why we include Objectives as one of our eight main GPI metrics. If you truly want to improve and climb, you need to embrace being the best teammate you can be. Be selfless, be adaptable. Be willing to take a step back and allow others to shine. Once you emphasize the teamplay elements of LoL, your temporary tribes will be more cooperative and victorious in the long run.

As you and your teammates choose your picks & bans, remember that you are joining forces to create a super-entity.

Yup. Think about it. When you add up all your abilities ([4 Skills + 2 Summoner Spells] x 5 champions), your team has 30 abilities at your disposal! And this doesn’t even account for active abilities you receive from your trinkets and items.

Like a school of fish, your team as a whole works together to create and harness this larger beast. From level one onwards, you collectively feed it gold and the blood of your enemies. Like a game of foosball, you have to work together to control its different parts in order to achieve your goals. If your team all does their part, your super-entity will bring you to victory.

In team select, take advantage of the opportunity to show which champion you intend to play as. This is usually used to discourage your teammates from banning your champion, but it’s main purpose should be to plan synergies and team compositions. What is your overall strategy?

Just a few examples of questions your team should be considering:

Check out this recent example of synergy between individual champions:

Step 2. Moon’s Gragas knocks the stunned Graves back toward the rest of the team with “Explosive Cask” (R).

Step 3. Flyquest cleans up the kill with the help of Braum.

Step 4. Balls’s Rumble teleports behind TSM and slows them with a long-range “Equalizer” (R) Ultimate.

Step 5. Ashe finishes off the kill on Wildturtle’s Lucian.

Although TSM’s super-entity ends up winning the match, in just a few seconds, we see how Flyquest acts as one in order to successfully make picks on Graves and Lucian. Their chosen champion synergies are demonstrated with a potent mix of Crowd Control, damage, and follow-up.

Like the Crocodile and Egyptian Plover, which exchange protection and food for teeth cleaning, you should be looking for complimentary combinations that maximize the strengths of your team while minimizing its weaknesses.

Here are a few classic combinations:

Beyond synergies between individual champions, you should also be planning your team’s overall cohesive strategy. What will be your team’s strengths after laning phase is over? Would it be better to group as five and force teamfights? Or does your team fare better by looking for split push/backdoor opportunities?

There are many team comps out there, but here are a few of the most common:

Most champion’s have hints built into their kit for who would work well with them. Yasuo’s Ultimate, “Last Breath” (R), can only be activated by a knock-up as a result he works well with an Alistar or Vi. Tahm Kench, Kallista, and Bard have utility abilities that are quite weak as solo champions, they’re meant to compliment and collaborate with others. Overall, mix and match to find which champions work well together – take note of the combinations that you find are successful for your wins, and the enemy synergies that give you a tough time during your losses. In every Decompilation, we include advice from our in-house Mobalytics coaches and analysts. Here are some Objectives tips from our analyst, Hewitt “prohibit” Benson.

Choose the right lanes to help

Chip in for Vision

Know when to take a backseat

If you aren’t carrying, build tankier

Adapt to your team

The essence of Teamplay is to leave your ego behind and embrace the big picture. Your choices and actions should be contributing to the overall success of the team. Is what you’re doing helping the team? Are you in a close enough position that you’d be able to come to your allies aid? Remember that you’re all there for the same reason – to get that glorious LP. So get out there, be a better teammate. Be the Summoner who brings your team together instead of flaming them. Be the summoner who adapts your champion choice according to synergies and team compositions. Your selflessness will be rewarded.

Revisit our other Decompilations if you’d like to learn more about Aggression, Consistency, Farming, Fighting, Toughness, Versatility, or Vision.