Welcome to our patch notes breakdown for League of Legends Season 13! Let’s break down all the new changes in LoL coming this week.

We recommend following along with the official 13.1b patch notes since we won’t be listing all the specific stat changes, but rather, focusing on the impact of the changes and the champions updated place in the current meta.

If you’re wondering how these changes will affect the meta, check out our LoL champion tier list! 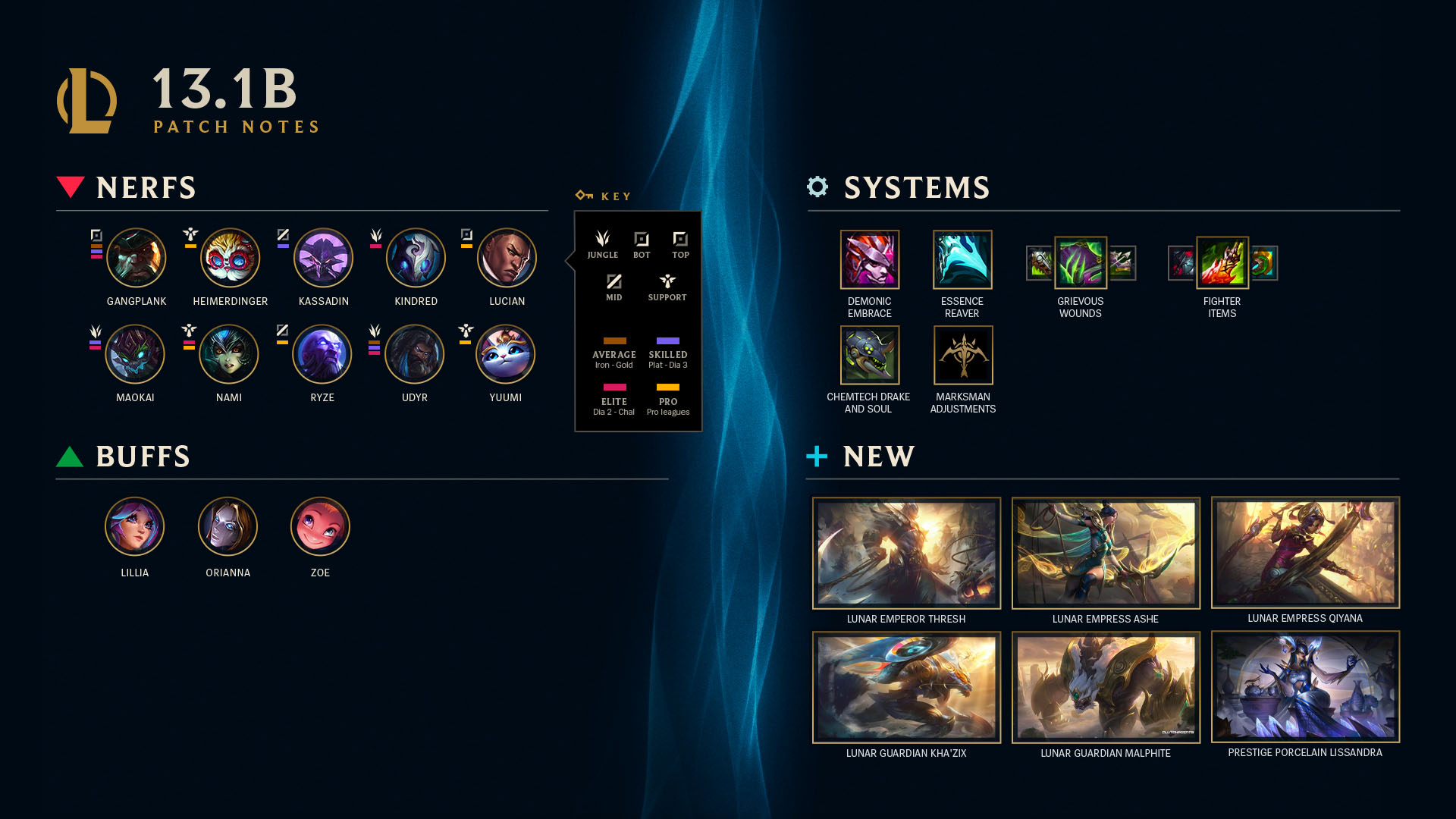 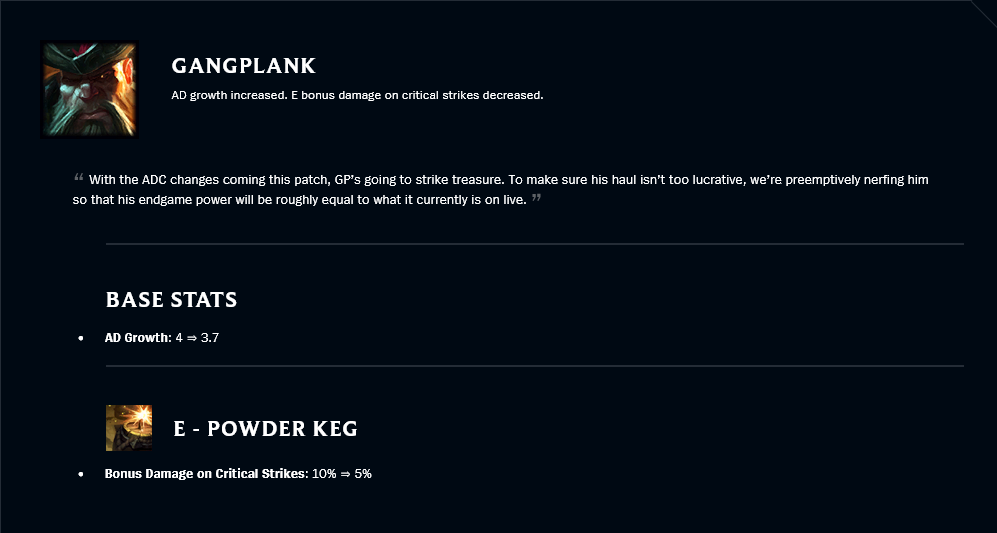 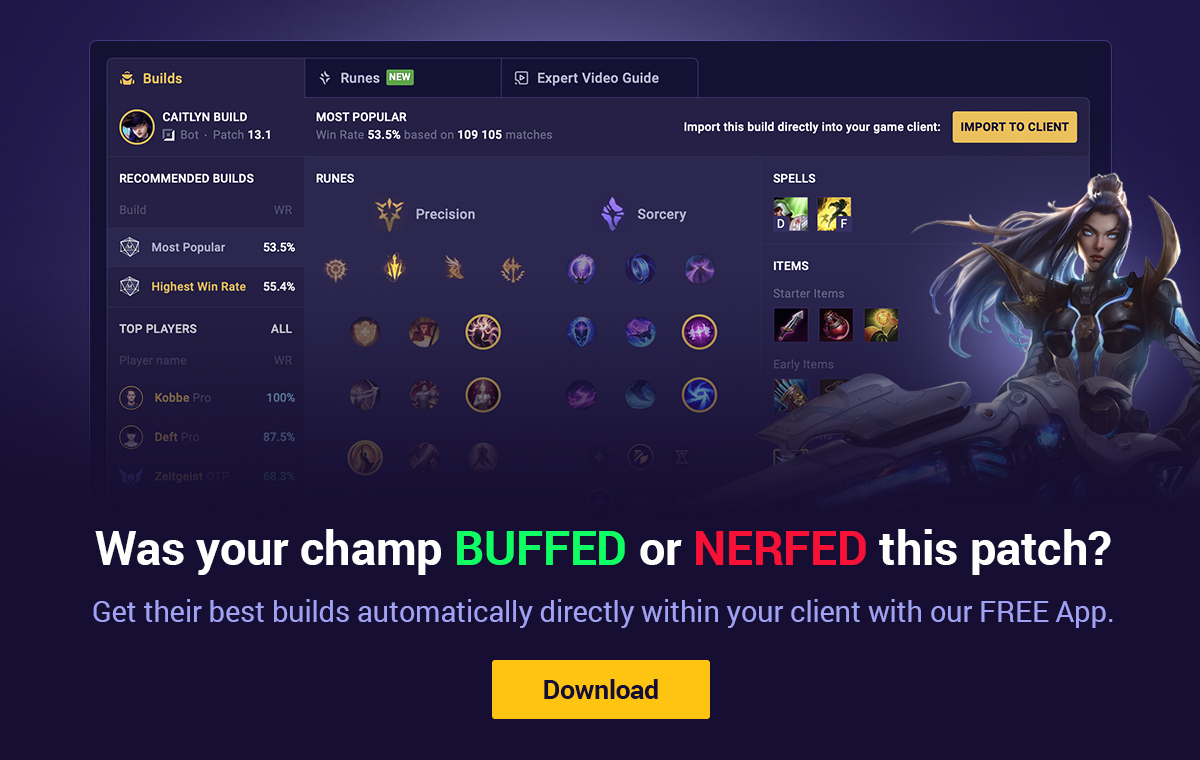 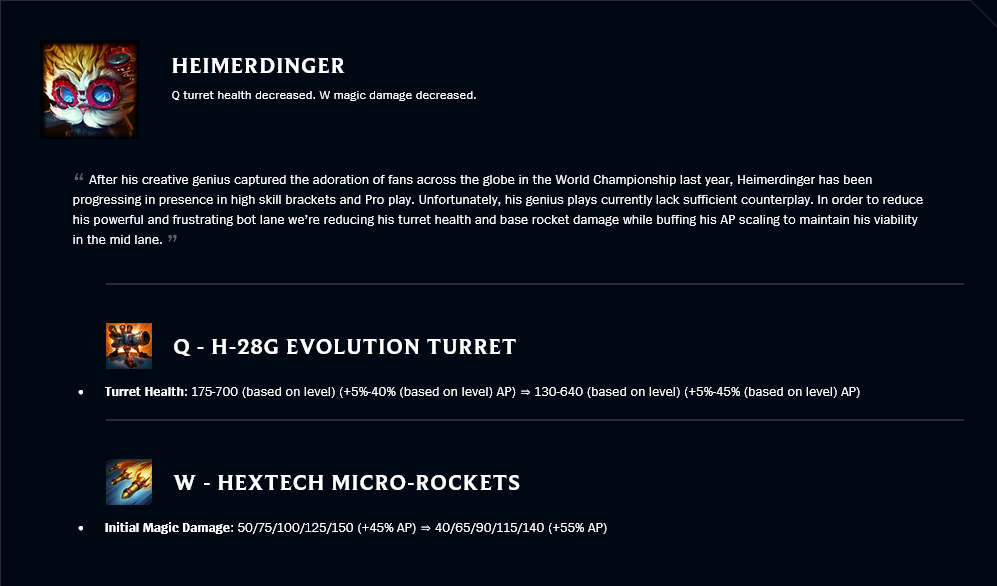 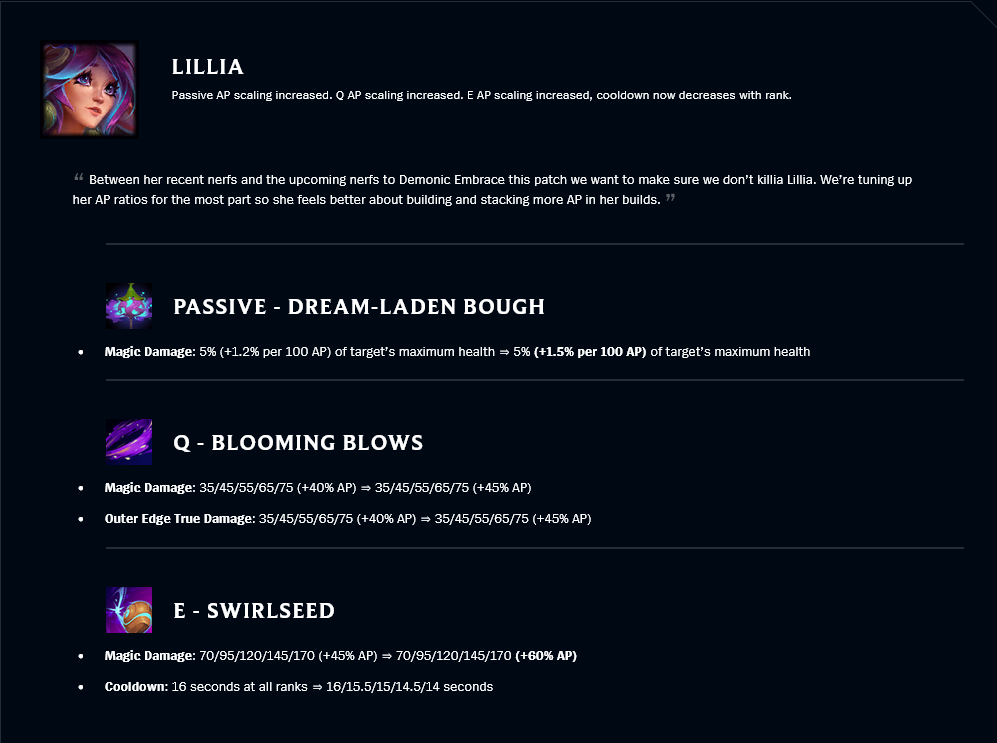 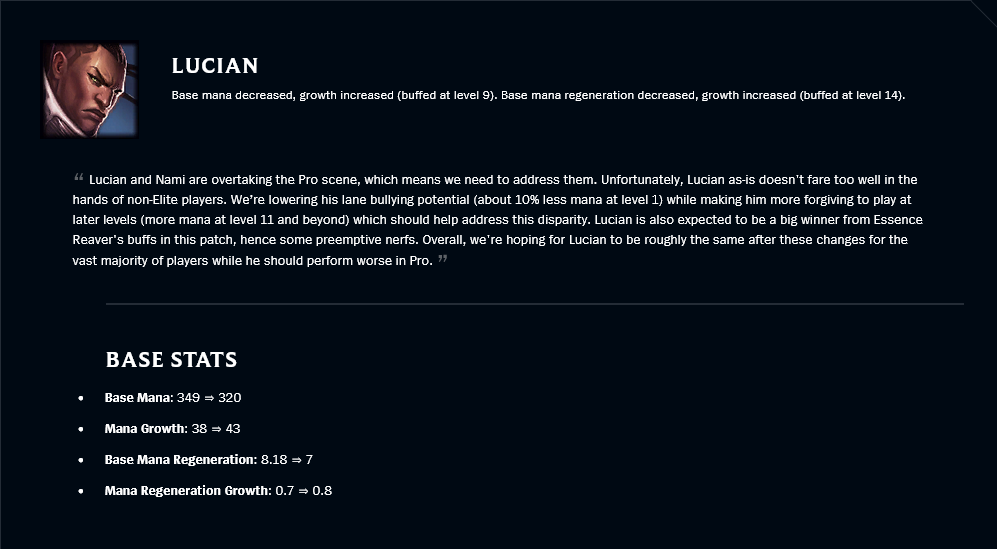 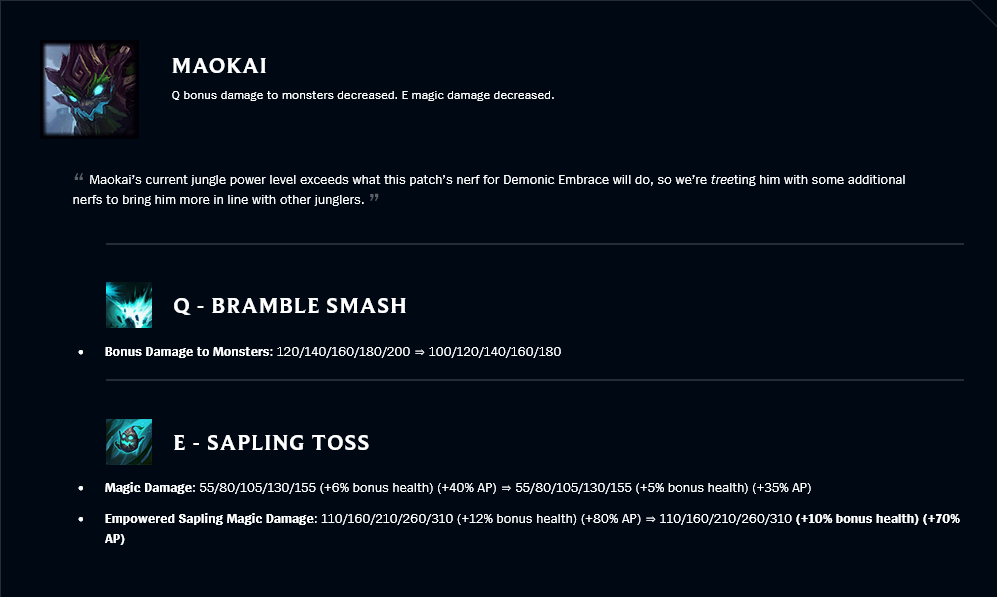 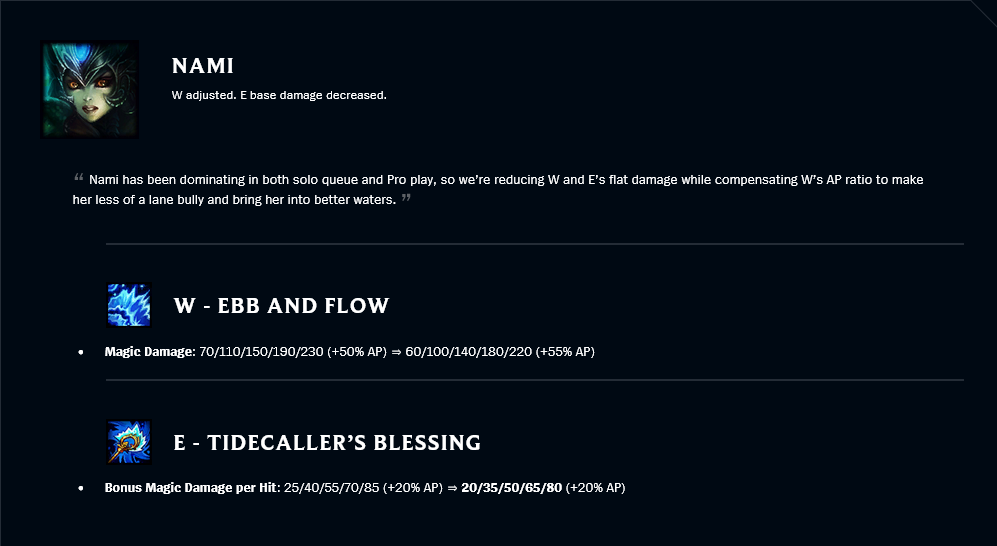 W adjusted, and her E base damage is decreased. She is going to be weaker after this patch. 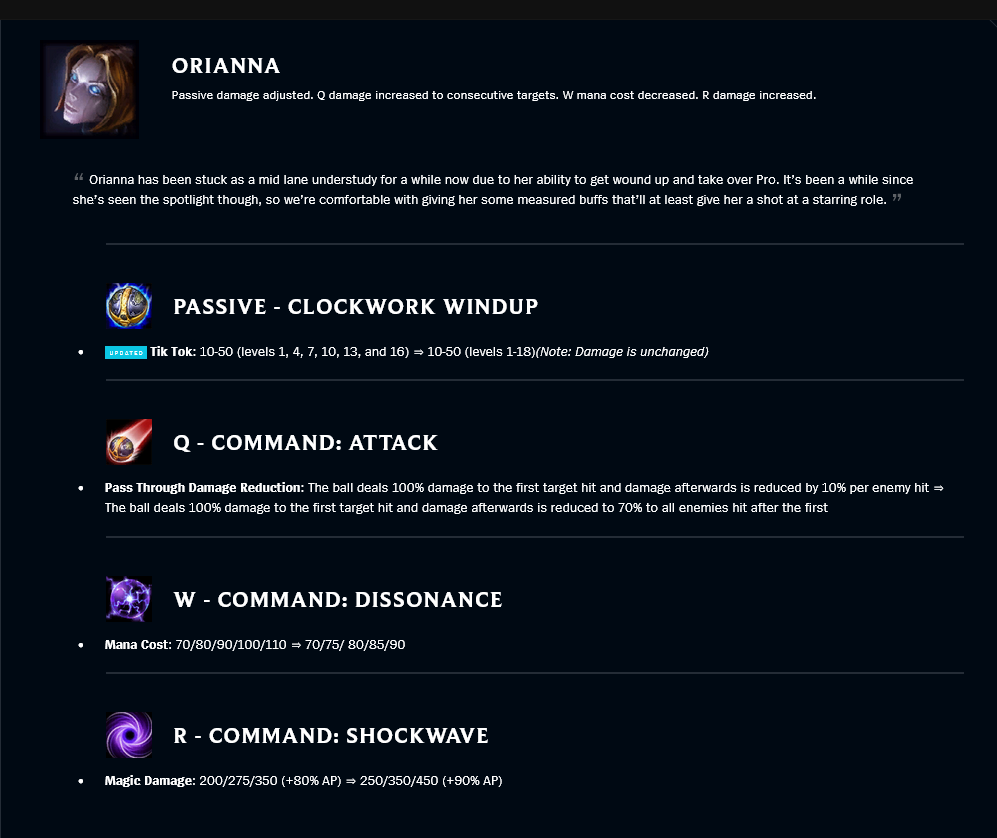 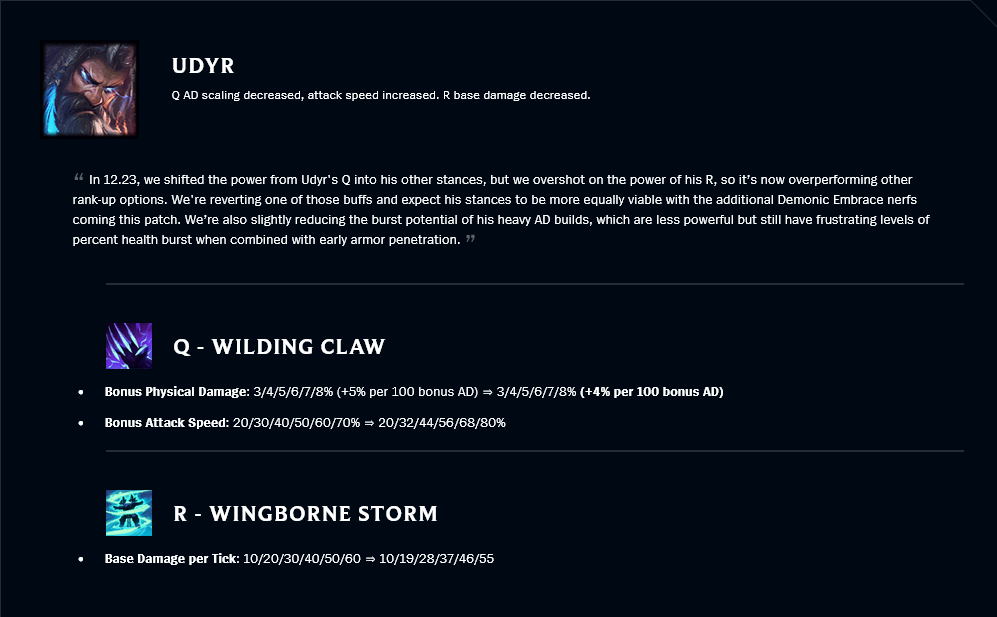 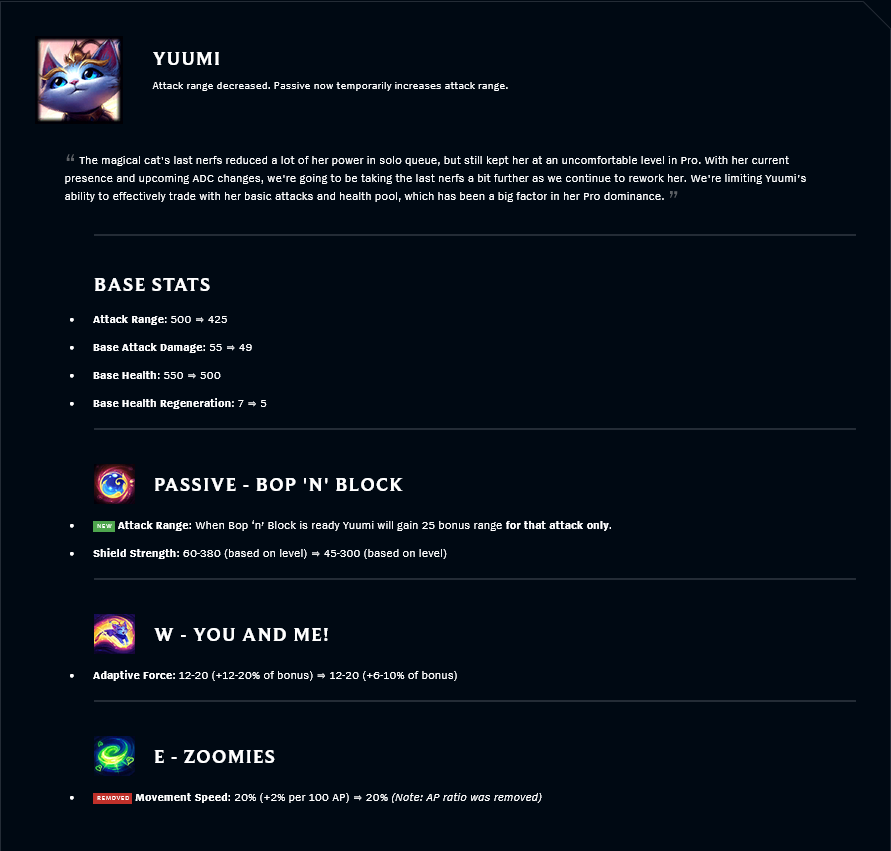 I’m going to cover all the ADC changes in one. The changes are all empowering their mana stats.

Blade of the Ruined King

Thank you for reading, we hope you enjoyed this patch breakdown. How do you feel about this patch? Let us know in the comments. As always, if you have any questions, find us in our Discord!