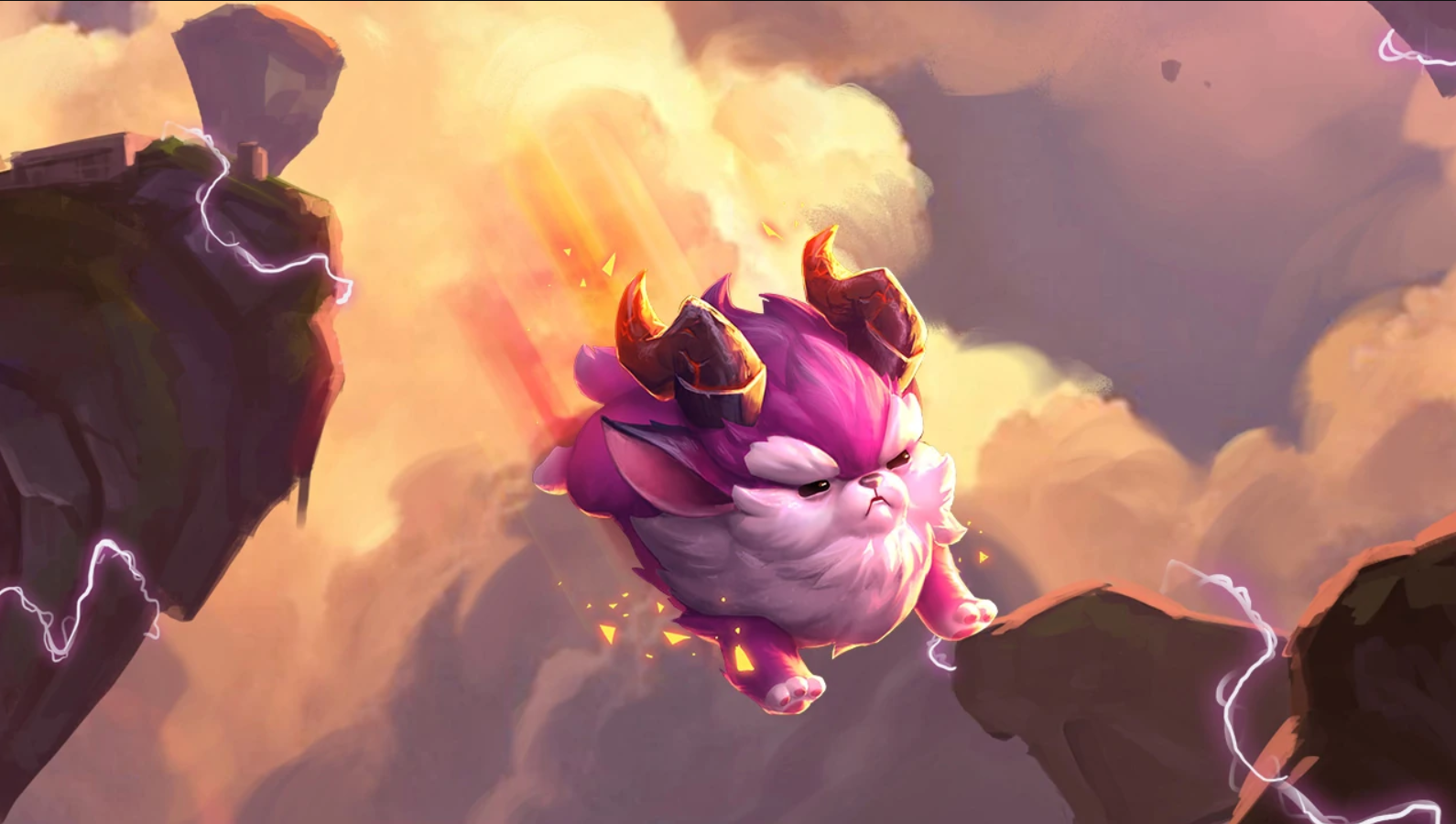 My name is Alan and I’ve peaked Challenger in multiple TFT sets and I constantly work with top Challenger players like Ace of Spades and Saintvicious to analyze the meta.

Set 5.5 Dawn of Heroes is finally releasing, and these are the standout comps we’ve seen so far on the PBE. Things are still very new, so expect a lot of changes to come to the tier list in the coming days.

But for now, here’s a good starting point to reference for your climb in the new set.

NOTE: These team comps will be accurate when we publish at the beginning of the patch but are constantly updated by our experts. If you visit in between patch releases, there may be a slight lag time for when the blog is updated to match it so be sure to check our official website’s TFT team comp page for the most up-to-date info.

This comp is almost always present whenever there is a new set. Players will do whatever they can to simply put together as many 4 and 5-cost units they can. This comp is definitely strong, but it’s relevance in the meta will depend on how fast the meta becomes or how strong the 5-costs are once players optimize other comps.

[How to play Business Major]

Go for this comp if you have an early start with Draconic and find yourself streaking through the game. If you don’t have a strong economy, you may be better off pivoting to a comp that relies on less 5-cost units.

Nocturne has been a very strong carry on the PBE. He was nerfed along with Revenants toward the end of PBE, so he may move down in the tier list in the coming days.

This comp revolves around Nocturne and uses the 6 Assassin trait to burst down enemy backlines. The comp power spikes in the mid game against vulnerable backlines, but can struggle in the late game without a Nocturne 3.

[How to play 6 Assassins]

Go for this comp if you have good Nocturne items and a good start with Assassins.

Karma is a still a solid carry in the set update. The comp is almost entirely the same except for the addition of the new Radiant items.

This comp uses Karma as the main damage carry and the Dawnbringer trait to make a board that is very tanky. You can also build items for Riven as an attack damage carry or a mid game carry.

[How to play Dawnbringer Karma]

Go for this comp when you have good Karma items and a good start with Dawnbringers.

Hecarim carry is back, but there’s no more Viktor to slow roll alongside Brand and Hecarim. The comp is still our preffered way of playing Hecarim reroll, but there are some other options.

This comp revolves around Hecarim as the 3 star tank of the team, while 3 star Brand is the main DPS carry of the team. They are both 3 star units, so slow rolling for both of them at level 6 is synergistic.

[How to play Pony Reroll]

Go for this comp if you have good Hecarim and Brand items while also finding a solid amount of copies of them early on.

Aphelios has gone through some big changes on the PBE. He’s a much more versatile carry now that his ability damage has been bumped up quite a bit. This version doesn’t rely on Nightbringers and looks to put together many powerful late game units.

This comp revolves around Aphelios as the main carry and surrounds him with strong utility and frontline units. Akshan can also act as a secondary carry with extra attack damage items. You can look to play this comp vertically by going for 6 Nightbringer, but in the late game, look to replace your weaker Nightbringer units with stronger units.

Go for this comp if you have a good start with Nightbringers and strong items for Aphelios. You can also transition into this comp with a strong start of Ranger units.

Lucian is a new carry of the set, and this is our preferred comp to run. He spends most of his time casting his ability, so items like Hand of Justice are very effective on him.

This comp uses Lucian as the main carry, but instead of using 6 Sentinels, the comp goes wider by using more smaller synergies and stronger units in a vacuum.

[How to play Wide Lucian]

Go for this comp if you have a strong start of Sentinels and good Lucian items.

6 Redeemed hasn’t made much of an impact on the new set, so players have been experimenting with Abomination and Spellweaver to play around Vel’Koz.

This comp uses the Abomination trait to provide a lot of frontline and utility while Vel’Koz is the main backline damage carry.

[How to play Abomination Squid]

This version of Lucian runs the vertical Sentinel trait instead of random strong units. The comp is easier to play, and you can still transition into Wide Lucian if you want to.

[How to play The Culling]

Go for this comp if you have a good start with Sentinels and have good Lucian items.

Hellions have many carry options, and this comp looks to revolve around Tristana. Since she’s a 2-cost unit, it will be hard to find other 3 stars like Ziggs and Kled, but it’ll still be possible.

This comp revolves around the Hellion trait and uses Tristana as the main carry. This version doesn’t use the Cannoneer trait and instead looks to go for 8 Hellions for the large attack speed buff.

[How to play Yordle Portal]

Go for this comp if you have a good start with Hellions and good Tristana items.

This version of Yasuo also runs the Abomination trait to provide strong frontline. It’s unlikely that this will continue to be meta as the devs will likely want Nightbringer Yasuo to be more prevalent.

This comp revolves around Yasuo as the main carry and surrounds him with Nightbringers and Abomination units for frontline and utility. You can also look for other 3 star units like Nunu and Lee Sin as secondary carries.

[How to play Yasuo Abom]

Go for this comp if you have good items for Yasuo and find a good amount of copies early on.

This is a slow roll comp revolving around units like Hecarim, Tristana, and Miss Fortune. Hecarim acts as the main tank of the comp, while Tristana and Miss Fortune provide the backline damage.

[How to play Make it Rain]

Go for this comp if you find many copies of one of your 3 star candidates. Items are flexible as Hecarim covers defensive items, Tristana uses Attack Damage items, and Miss Fortune, uses Ability Power items.

Riot nerfed Redeemed quite hard on the PBE and the comp hasn’t recovered too much. The nerf to the defensive stats make it much harder for this comp to survive throughout the game.

This comp uses the 6 Redeemed trait to power up all of your units. Once Redeemed units die, your remaining Redeemed units will become stronger, gaining bonus stats. Vel’Koz is the main damage carry of the comp, while Lux can be a strong mid game carry or a secondary carry to place items on.

[How to play 6 Redeemed]

Go for this comp if you have a good start with Redeemed units and have strong Ability Power items.

Skirmishers haven’t changed much with the exception of some new early game additions. We aren’t too big on Jax at the moment, but things can change very rapidly once the servers go live.

This comp revolves around Jax as the main carry in a 6 Skirmisher team comp. This comp follows a simple progression, but will need strong items for Jax in order to compete with other late game carries.

[How to play Jax Smacks]

Go for this comp if you have a good start with Skirmishers and good items for Jax. Most attack damage items will work well on Jax, but we like RFC for the range and survivability it provides.

Draven hasn’t made a big impact on the new set yet, but we did see some experimentation with 6 Knights. This comp greatly resembles the old Kayle Stall comp in set 5. However, this comp wants level 9 to fit everything in, and that can be a difficult thing to achieve.

This comp looks to use the 6 Knight synergy to make a team that is extremely difficult to take down. Draven and Kayle are the backline carries while the rest of the team are used for defensive traits.

[How to play Gargoyle Knights]

Go for this comp if you have a strong start with Knights and good items for Draven or Kayle.

This comp saw some play at the start of PBE, but it was quickly nerfed. We don’t think it’s strong enough to compete against the other meta comps, but it’s still nice to have as a reference if Riot ever decide to buff Rakan.

This comp revolves around Rakan as the main slow roll carry. Rakan looks to out tank the enemy team by stalling with his abilities and items. The other units then branch into Renewer and Dawnbringer for more tankiness and damage.

[How to play Rakan and Friends]

Go for this comp if you find many copies of Rakan and good items for him.

You’ll unlock OP in-game features like adaptive recommendations based on your champs + items.