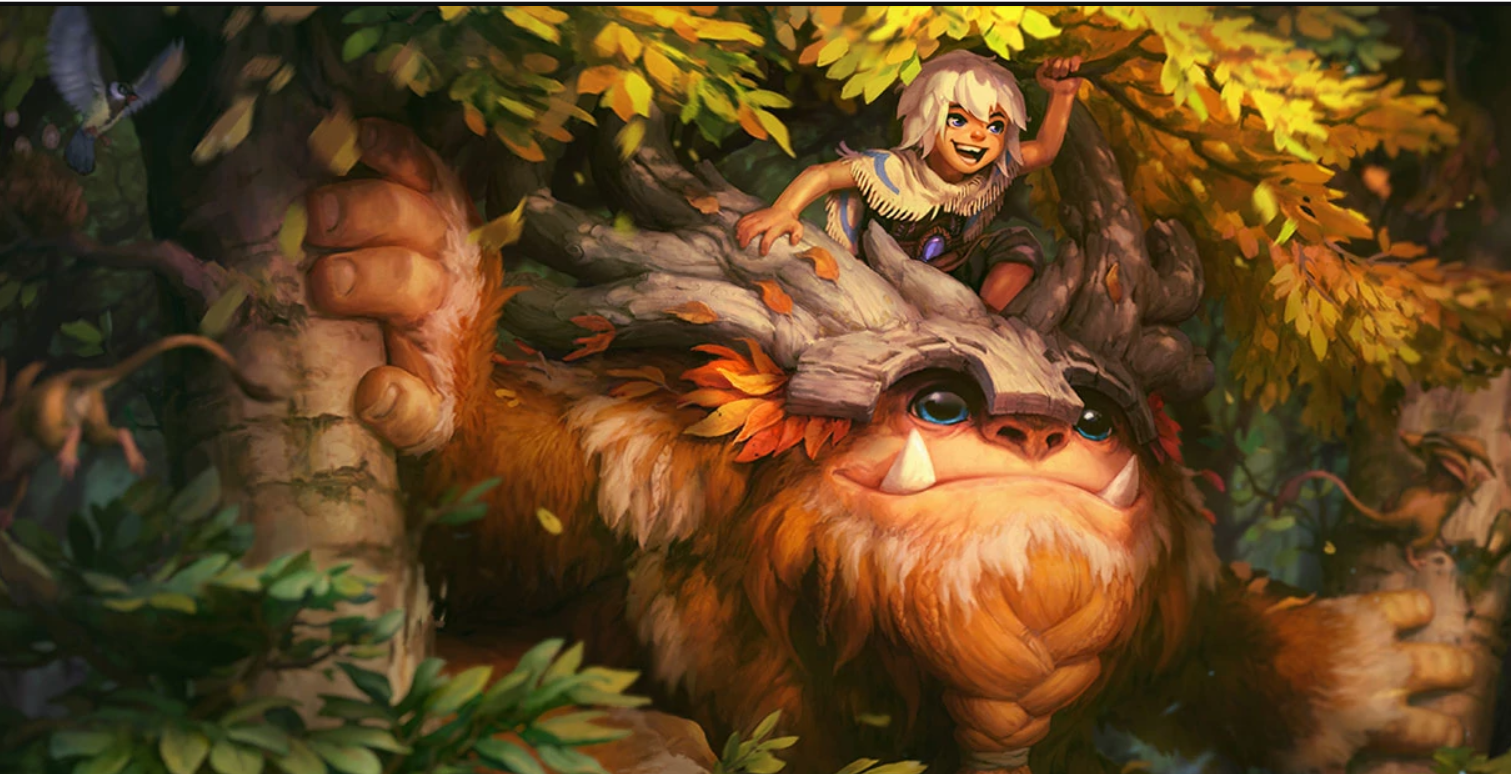 Don’t get lost in the Jungle

The Jungler role arguably has the most impact in the early game compared to any other role. The better Jungler often wins thanks to the pressure that they can apply around the map. A player with excellent jungle pathing could literally be anywhere and everywhere at any given time and this is what makes many players fear them.

Not everybody can or is able to pop off like Peanut every single game and unfortunately, we’re not going to tell you how to win the early game in this guide. Our focus, this time around, will be on what you can do when you are behind to come back into the game and be impactful around the map.

In this article, part of the Comeback series of guides by PicklePants, we will discuss a variety of things you can do to play from behind as the Jungler in order to get back into the game and become a threat to the enemy.

A common phrase in League of Legends is “never gank a losing lane.” This is precisely the mentality you need to follow if you are behind. Trying to help a losing lane is only going to put yourself further behind because the likelihood of you being able to successfully gank this lane and get something out of it is next to none. This could be because the enemy may be able to turn the gank around and you may be forced to Recall or even return to the fountain by dying.

Instead, I would recommend that you try to help out your winning lanes by furthering and increasing their leads by camping them and putting the enemy laner behind. Through picking up some kills, you could take the objectives in the lane and then rotate to another lane or another objective and continue the snowball. This will not only give yourself a chance to get back into the game, but it also put the enemy behind in terms of gold, map pressure, and experience.

Depending on which champion you’re playing, when you are behind: your job is to become an enabler for your fed teammates to get something done. For example, if a Zac is behind, he can still be useful by jumping onto the enemy and then bringing them back towards the fed ally. While a Zac that has fallen behind, will not have much damage nor defense capabilities, he still has crowd control that can be useful.

With that said, if a lane is gankable and the enemy is over-extended and is asking to be killed, gank them and pick up some easy money to get back into the game.

Taking the Rift Herald is a fantastic objective if you’re able to do it. Not only will it prevent the enemy from snowballing their lead, but it will also allow you to take an objective off the map. Additionally, it can allow you to destroy one of the enemies tower or even more if used correctly. This will open up the map for your team and give you and the rest of your buddies an influx of gold.

Taking the Rift Herald is no easy task and it can put you even further behind if you are unable to clear it in a fashionable time. In order to take it quicker, you could ask assistance from your laners nearby by pinging them or politely asking them in chat. Sometimes, they will be unable to help you because their enemy counter is in the lane. If this is the case, you could gank them prior to doing the Rift Herald to force the enemy out of lane.

Doing this objective is incredibly risky so you have to make sure that the bet is in your favor before placing it. What I mean by this is that you should make sure that your allies are able to come and help you if things turn sour and that you are in fact able to take the objective in the first place. The cut-off point for the Rift Herald is 19:45 so if you cannot clear it by that time then it’s already too late.

Your allies can assist you by:

Like the Rift Herald, it would be beneficial for you to take the Dragon if it’s alive. No matter what Dragon it is, any Dragon is helpful. Taking this away from the enemy will stop them from getting it and any slight advantage you can get can help your team in the long run.

The Dragon can be quite risky to take on your own if you are behind (just like the Rift Herald). Thus, it would be helpful if your team could help you out and to take the objective with you.

Make sure that it is not warded before attempting to take the objective. If you get killed for making this play, you will be put even further behind which makes it incredibly important that you place a Control Ward or sweep the area. Adding on from that, if you see that the enemy is MIA or coming towards you, run away immediately.

4. Stop Counter-jungling and play it safe

Some Junglers are masters of getting in and out of the enemies jungle while others are not as successful in doing so. If you are playing a champion that is usually pretty good at counter-jungling, you may need to hold off from doing so if you are behind. Most champions can counter-jungle to some extent and even when behind, some can still be useful, however, for the most part, it’s a very risky play. Regardless of what you choose to do, it’s crucial to track the enemy Jungler at all times.

There are a few reasons why you should stop counter-jungling if you are behind with some of the main reasons being time efficiency and experience. If you walk into one side of the enemies jungle, they may have already cleared the whole side that you are on, leaving no camps up for you to take.

This would have wasted time which you could have spent elsewhere ganking a lane or farming your own jungle camps. Another reason why you should not do this is that if you are in the enemies jungle, you are at a disadvantage in terms of priority. The enemy will always get to you before your allies can get to you. You could walk into a trap and your team will be unable to get to you in time or help you which would put you even further behind.

Another reason would be that you could run into the enemy Jungler. When you are behind, you may be unable to fight the enemy 1 on 1 and you would have to leave with your tail in between your legs or in a body bag. In short, it can be quite risky to invade the enemies jungle when behind as you could be running into a death trap which can put you even further behind and make it near impossible for you to get back into the game.

It’s going to seem like we are contradicting what we’re going to say later on, however, instead of ganking lanes, you can try to focus on power farming and getting as much gold and experience as you can. Making sure that all your camps are down as soon as they come up will prevent you from falling behind and getting them stolen by the enemy. This is good for you as you can catch up in gold and experience, while also wasting the enemy Junglers time invading you because there will be no camps for them to take!

Once they are all down, you should then try to gank your allies. This is called time efficiency as well as making the most of a bad situation. While the camps are not up, you can be doing other things such as ganking lanes, taking the Rift Herald, taking the Dragon, or recalling to heal or buy items.

When you are behind, the enemy Jungler may be smart enough to realize that they are stronger than you and that they can walk to your jungle whenever they like and take away your camps right in front of you. This is why we suggested that you power farm and take all your camps whenever they come up to prevent them from being stolen.

To prevent this from happening, you need to place vision around the map to spot the enemy before they come into your jungle. One way of doing this is by warding the jungle entrances as well as making use of the Scuttle Crab. Warding the entrances to your jungle will leave no surprises when it comes to moving around your jungle. “Example Warding locations for the Red side”

Another reason for you to ward the jungle entrances is so your lanes can rotate and take out the enemy when they are in your jungle. Creating a trap is a great way of making the enemy pay for their aggressive map movements and decreasing the size of their lead.

You would be surprised by how many Junglers and players, in general, do not adapt to each scenario and matchup they are playing, and instead, continue to build the same items over and over again. Although we are not going to go into detail about what you should buy for your favorite champion, we will tell you what to generally do when you are behind.

Some champions are useless when they are behind whereas some others are still useful even though they are not as strong. Champions that spring to mind are tank champions such as Zac, Sejuani or Amumu. They will not be as healthy or be able to survive the team fight, but they will, however, be able to use their crowd control to make an impact. Champions that (when behind) are useless are champions who tend to deal lots of damage such as Lee Sin, Master Yi, and Kindred. If these champions fall far enough behind, they might as well be out of the game (as seen below).

So, if your champion can benefit from an adaptive build path, you should switch up your build and buy items that will benefit you as well as your team. Stop building damage items, such as Blade Of The Ruined King or The Black Cleaver, and instead, build a Dead Man’s Plate or Frozen Heart.

Since you’re likely weak from behind, you would probably be blown up before you are able to go in on the enemy and deal damage to them. If you build tanky, you can still provide value by protecting your allies by either peeling for them or being the front line.

Thanks for reading. Junglers, we’d love to hear your methods for coming back when you fall behind. Let us know in the comments below! As always, you can find Picklepants in our Discord if you have any questions.