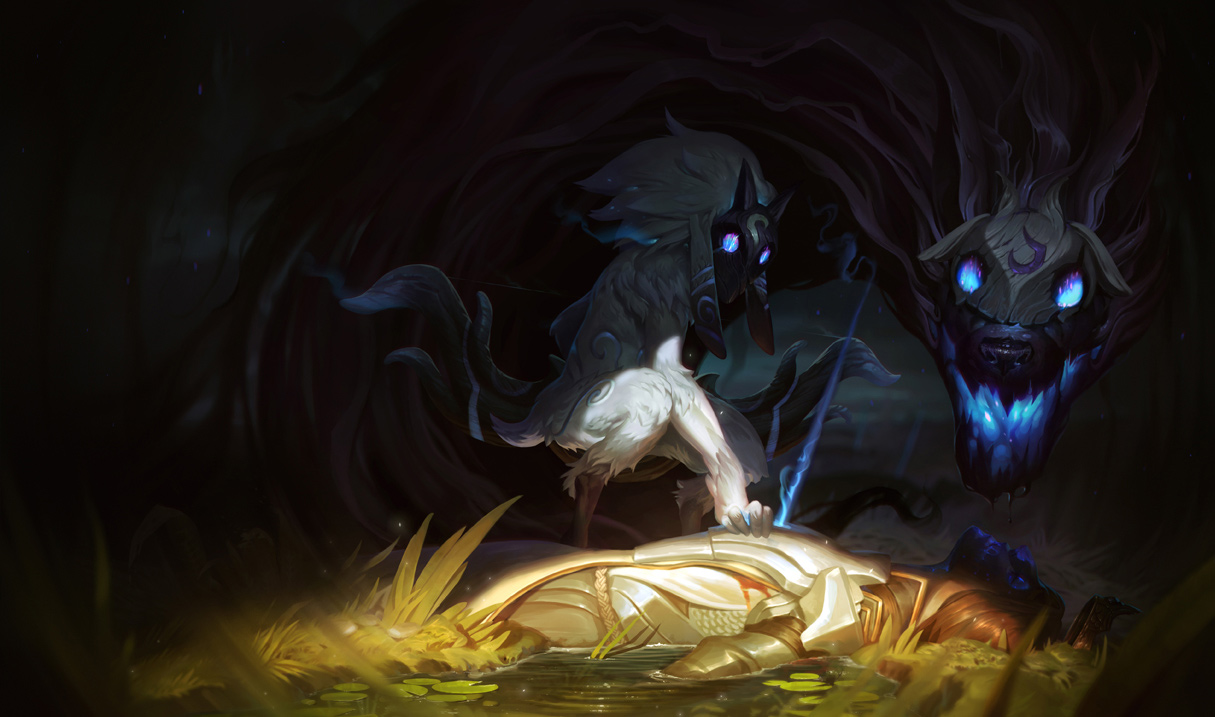 Hey everyone! League of Legends is all about taking advantage of the little things to give you an edge. This PicklePants article will teach you some awesome tips and techniques that often go under the radar when you think about tracking the enemy Jungler. Enjoy!

How Natural Resources Can Help Track the Enemy Jungler

Most Junglers require some assistance to get a good first clear. In these cases, they’ll often start on the bottom side of the map so they can get a good leash by their Bot laners. Most Junglers start this buff because this is the quickest and healthiest way to clear their first Jungle route. If you know where the enemy has started, you should be able to estimate and track their Jungler route from level 1, up until their first gank.

This is very useful because it will allow you to make plays early and go for trades without fear of being ganked. Since you know where the enemy will likely be headed, this will allow you to play around the enemy laner and potentially gain an early kill. As soon as minions arrive to lane, check to see if any enemies are shown on the map. For example, if you see the enemy Bottom laners in lane already (before your Bottom laners get to lane) then it’s probable that one of three things are happening:

In this example, we can see that the enemy has not started in the bottom side of the map because he received no leash from the Bot laners. We can tell this because the enemy laners are already in lane.

If you know where the enemy Jungler has started, this allows your laners to hold off their wards until it’s the right time. For example, if you know that the enemy has started Top side, there’s no point warding the Bottom lane until after 3 minutes. Warding after this time is beneficial because most Junglers will gank at level 3.

Warding before minute 3 is fine if you’re against champions like Shaco or Twitch who can gank at level 2, but the extended efficiency is otherwise valuable. Be sure to keep an eye on the enemy Jungler in the early game.

In some cases, players will “fake leash” and bluff the enemy. This is a very cunning and beneficial technique which can help your Jungler out and prevent counterjungling. If you see the enemy Top and enemy Bottom lane both come to lane at the same time, then it is slightly difficult to know where the enemy started.

If you want to fake leash for your allies, make sure to never overstay for too long and make sure you get in lane in time to kill the first 3 melee minions. To fake leash, you just wait undetected until the enemy shows in lane.

Please note: You should not always fake leash because you may miss out on the early push which could really affect your early laning phase.

Using Jungle plants to your advantage

Something a lot of players overlook is how effective plants are in tracking the enemy Jungler. On first glance, they may seem relatively useless but they can be quite helpful. There are three types of plants on Summoners Rift (no, I’m not including Ivern and Maoka): Blast Cone, Scryer’s Bloom and Honeyfruit.

There is also another benefit to the Scryer’s Bloom. If there are recently placed wards in the enemy jungle, hovering over them will give you the timer. If they are relatively new wards, then it’s safe to assume that the Jungler was recently there. This can help you improve by knowing where the enemy is, and where they are going to gank. If you’re a Jungler, you may be able to counter gank the enemy.

You can also see if an enemy champion has used the Scryer’s Bloom because the pollen wave shows on the minimap like we can see from this clip:

The plants are very useful and can help give you the needed edge on an enemy. If you’re a Jungler, try to take them away from the enemy. This will allow your team to play safe and can deny the enemy Jungler map pressure. Denying the enemy map pressure and minimizing their map movement is a good way of tracking them. Each plant also leaves debris behind once it’s killed. The debris lasts for roughly 30 seconds after detonation of the plant. This can help you track the enemy Jungler, as you will know if somebody has recently used it. If you know that somebody has used it, then the likelihood is that the enemy Jungler would be around that side of the map (assuming they destroyed it).

Here’s what each plant leaves behind after detonation

Jungle plants are fascinating and can be used to give your team a lot of information. They are sadly often overlooked by players- like the rainforest, in many respects. If you want to find out more about Jungle plants check the LoL Wiki page.

Rift Scuttlers are the cute crabs that spawn in both sides of the river. Taking these little things away from enemy denies them vision, gold, and experience. The Rift Scuttlers are important because they grant vision and allow your allies to move quickly around the map.

As they grant vision, if an enemy walks over them they will be spotted on the map. This will allow your team to play around the knowledge of them being somewhere else with no opportunity to surprise you. In the current meta, most Junglers will go for the Rift Scuttler at level 3 or gank a lane.

If you play a lot of the Jungle role and understand the basics of jungle pathing, then this section should be quite easy for you to understand. Each camp now gives 4 creep score and usually Junglers will do 3 camps for level 3 and then proceed to gank a lane. If you know where the Jungler has started, you can try to counter gank an allied lane and save them from dying (if you’re playing Jungle.)

Tracking the enemies CS amount can be really challenging after their first back and once camps have respawned. This method is only really useful for the first few levels.

If you’re a solo laner, you should expect a gank whenever and wherever. So, it’s important to ward whenever possible.

If you know what camps the enemy has taken:

Lots of theory work comes into play when you try to predict that map movements of an enemy completely. Try your best to actively think about the whereabouts of the enemy Jungler to stop any surprise ganks to your lane!

We had to include this section in this guide for obvious reasons. These two techniques are very good at tracking the enemy Jungler but, they are not classified as Natural Resources. This is because wards are not necessarily natural and many players avoid purchasing and placing wards like the plague. We will not really discuss invading and vision because everybody should know about it by now.

However, if you want to know more about tracking the enemy Jungler through warding and invading- check this guide out by Kelvaar:

The final way of tracking the Jungler is with good ol’ map awareness. We cannot put into words how important map awareness is. Not only does it allow you to play more efficiently, but it can frequently save your life. Plus, keeping an eye on the map at all times will undoubtedly make you a better player.

Whenever a Jungler ganks a lane, they will be shown on the map. If you have an eye on the map, you should be able to see the enemy gank a lane. This will allow you to play more aggressive with no fear of the enemy ganking your lane. If you know where the enemy is, you should have no trouble with being caught out – unless you play bad, in which case, STAHP IT!

Like we suggested, it is important to hold of warding early (under certain circumstances). This is also true if the enemy is shown on the map. If you see the enemy Jungler in the top side of the map, there is no point going to ward your tri-brush. Why? Because you know where the enemy is. It will take them almost half the time of the basic trinket length to move from the top side of the map towards the bottom side. Instead, ward a brief time after.

We’ve covered a few topics in this post and we hope that you’ve learned something about tracking the enemy Jungler. It is crucial that you take this new-found information into your future ranked games. We guarantee that if you use the information presented in this guide, you WILL become a better player.

Thanks for reading! We hope you found this article helpful and as always, you can find us and PicklePants on our Discord.