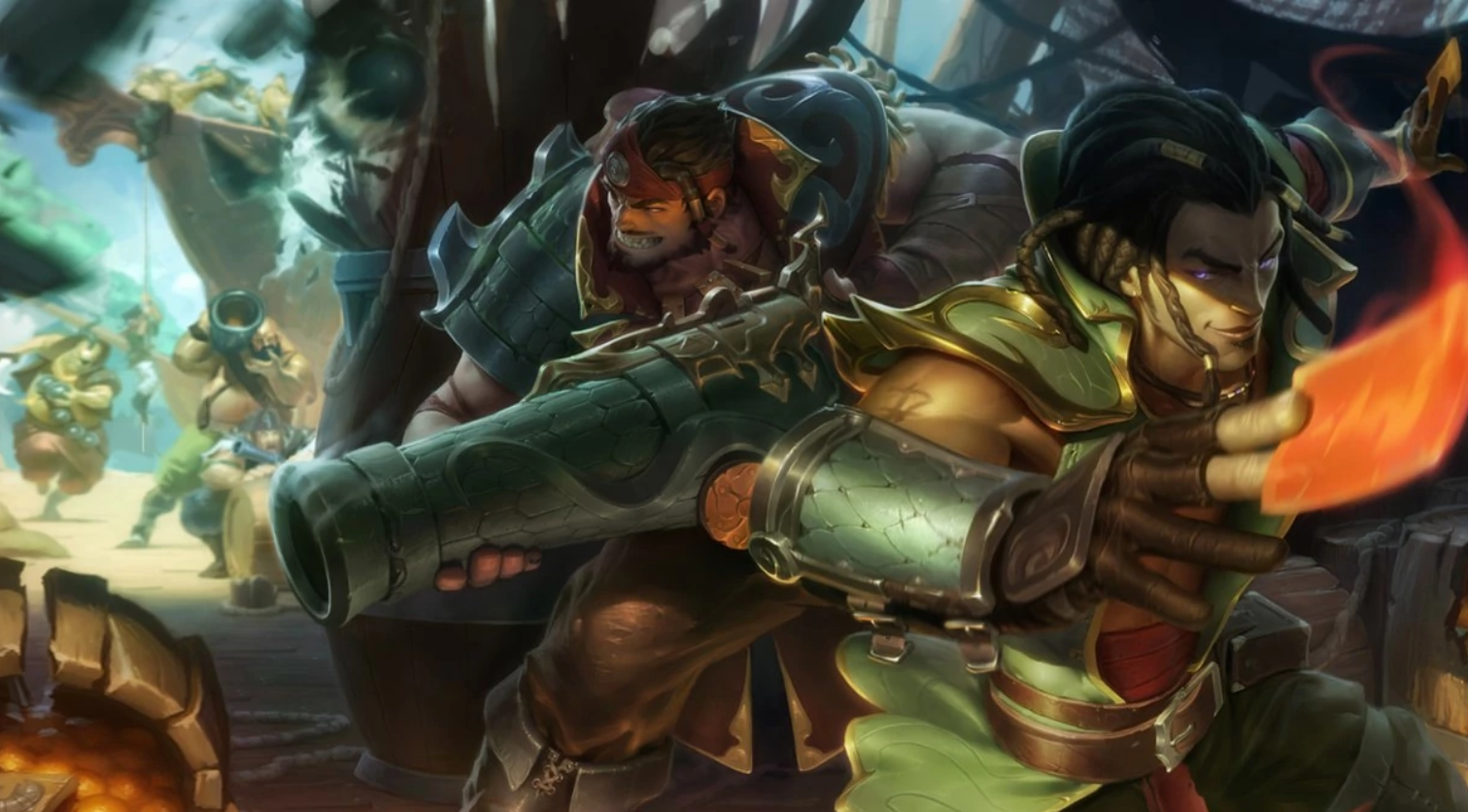 4 Tips for Climbing with a Duo Partner

In a game that heavily relies on team coordination and group work, having someone you can trust in your team during ranked play can give you a slight advantage. While opinions on the matter may differ, using the duo queue system properly can help you win more games and climb more efficiently.

In this Mobalytics guide by PicklePants, we will discuss how to make the most out of duo queue in order to climb the ranked ladder. When it comes to ranked, any advantage you can gain to win more games can be highly beneficial. This is why it can be better to queue with a friend rather than play alone.

When you’re playing League of Legends, you’re going to come across players who are better and considerably worse than you. This is natural for every competitive game and in every competitive environment. However, this difference in skill can make games more challenging as you will be unable to rely on your allies to consistently do their job. This is especially true in lower ELO where players tend to play…less optimally since they’re still learning the fundamentals of the game and the champions.

In addition, when you’re playing with random players, you never truly know what their intentions are. For instance, you never know if somebody is going to troll, deliberately feed, go AFK, or try to ruin everyone else’s experience. This is where duo queuing with a friend can come in handy.

If you play with somebody who you trust and think is good, the chances of getting a bad team will be reduced. If you have 4 bad teammates but then start duoing with somebody, it is likely that you will only get 3 bad teammates at most in the future. This will reduce the likelihood of trolls or players looking to ruin games as the system will match you with less random people.

For the best results, you should look to duo with somebody that mains a different role to the one you play and whose role can have an impact on your own gameplay. One of the biggest misconceptions with duo queueing is that you need to adjust your play style and pick a role that suits the other person. This is not the case, in fact, you should stick to playing the role you’re more comfortable with and not play an alternative role just because you’re pre-made. You would benefit more and have a higher chance of winning the game if you were to stick to your main role.

There are a few different types of pre-mades with the majority of them revolving around the Jungler. Since the Jungler plays a crucial part in securing objectives and helping out every lane on the map: it is pretty obvious to why they’re one of the most versatile. Roles that generally duo with the Jungler are solo laners because they can frequently visit their lane.

We all have first-hand experience of being the Jungler and playing in a party at the same time. Usually, you would camp and frequently gank one lane, in particular, to get them snowballing, while also avoiding or paying less attention to the random players on your team. Don’t lie – we’ve all done it. This is something that happens in practically every game of League of Legends when you see there is a duo on one team or the other.

The second most popular type of pre-made is the duo in the bottom lane. Having a pre-made in this lane is highly beneficial and recommended whenever you find somebody who suits your play style. Compared to playing solo, you may be laning with somebody who has a completely different playstyle to you which can make laning together rather difficult.

For example, if you are a super aggressive ADC, but have a Support who is incredibly passive, you will find it hard to adjust your play style and play the matchup. This is where playing with somebody who matches your play style is better as you can both play the same way.

Duos you may want to avoid are Top lane with ADC or Top lane with Support since you will have little to no impact in helping each other throughout the lane phase.

Pro Tip: Have an understanding of your duo partner’s champion pool and discuss which champions you both intend to play. If your ally is picking a champion that can easily be countered, suggest picking an alternative champion first and switching later on. Of course – make sure you both own them!

2. Only duo with equal or better players

In foresight, being able to play with a friend is a fantastic way of spending your time playing League. It can create a good bond between friends and allow them to become closer. For example, in our User Story with Poder, he was able to climb quite high as a Mid laner by consistently partnering up with his Jungler friend. But in reality, it can also create tension that can draw people apart. In an emotional game like League of Legends, tension can run high and so can emotions, so be sure to be compatible in that regard.

In relation to skill, it’s ideal to duo with someone that’s as good or if not, better than you. You do not want to play with somebody who is worse as they may become a liability. While this may seem harsh, many friendships have been broken because of ranked play. This is why I do not recommend that you play ranked with close friends unless they are at the same skill level as you.

No matter how much your friends ask you to play ranked with them, don’t bother as you will only be losing LP at the end of the day. Instead, if they want to play, go ahead and play Normal or Flex games since it doesn’t matter as much if you win or lose.

Furthermore, if you find somebody who is good but becomes unreliable, you may want to stop duoing with them as you will just lose more games that could’ve been won. This includes when they are tilted or frustrated at the game.

3. Don’t be Afraid to Add Strangers

If you find somebody while playing solo queue who seems to be pretty cool, level-headed, and played well in the previous game, you can try to add them and ask if they want to duo. If you need additional info don’t forget to scout out their Summoner Profile match history. While you may only play for a game or two, it can be quite fun to play with somebody who is reliable.

I bet the majority of your friends online right now are just random people you have met albeit in normal games or ranked. Although this is a guide to help you climb, it doesn’t mean you can’t make friends along the way! Most people in League of Legends are pretty straightforward. If they don’t want to play with you, they won’t, so don’t worry if they refuse to duo queue with you. More often than not, if you show to be a kind and well-rounded play, most people will have no issues playing with you. However, if you are expecting to be carried and think you are going to be in for an easy time- you should not look to duo.

While the system is meant to benefit both players by matching them against equal enemies, do not go in with the mindset of your duo will be able to carry you. This is the wrong mindset to have and instead, you should think about what you can do to win the game. We’ve touched on it briefly before, but when you are playing with somebody, you should try to help them whenever possible. This doesn’t mean go out of your way and put yourself behind because you are trying to get them ahead.

If you are comfortable to talk to people online, you will find more success by using voice comms. In the past, the community has requested that voice chat should be introduced to the game and after it was, it seemed that it isn’t utilized near enough. When you are playing with a friend in ranked, you should use voice comms, whether it’s through the client or on something like Discord, to improve your communication.

You should use it so you can obviously talk to one another and communicate on things that are going on during the game. This includes if players go missing, or if you intend to roam or gank a lane. Voice communication can be more reliable than the ping system as pings can often be overlooked or ignored. Additionally, you could communicate if and when you blow an enemies Summoner Spell,- which may allow your ally to gank you. When you have somebody specifically asking you to do something, you are more inclined to do it. Rather than typing, verbal communication seems to be more effective.

To give you an idea for how more potential voice has over typing. check out the timestamped video below:

Aphrromoo is an NA LCS Support who is known for his shotcalling ability. In the clip, his team, 100T is in a position to try to take Baron and he makes the call to delay further damage to the objective until Cho’Gath jumps the wall and tries to steal with his ultimate, Feast. Through his voice calls, 100T is able to deny vision and force the Cho to go for the steal they expected. They kill Cho and cleanly take the Baron. This sort of coordination would be impossible to do with typing and the outcome may have been much different without voice comms.

In solo queue, there is no official way of communicating via the voice chat. This means that it is rather difficult to communicate with your team outside of pings and through typing. If you duo with somebody, abuse the fact that you’re physically talking to each other to improve your communication and synergy. Solo queue is notorious for being uncoordinated, however, with the use of voice chat, this should not be an issue. The likelihood of the enemy being uncoordinated is much higher if they’re not communicating through voice, so, you may have the upper hand.

Duo queue is a fantastic way to build friendship, win games and create bonds in League of Legends. When it comes to the ranked system, it’s okay to be picky about who you want to play with. While your friends may be your friends, when LP is on the line, only play ranked with people you really trust and can give you the best shot for achieving victory.

Thanks for reading! How do you get the most from duoing with a partner to take on the ranked ladder? Let us know in the comments below. As always, you can find Picklepants in our Discord if you have any questions.