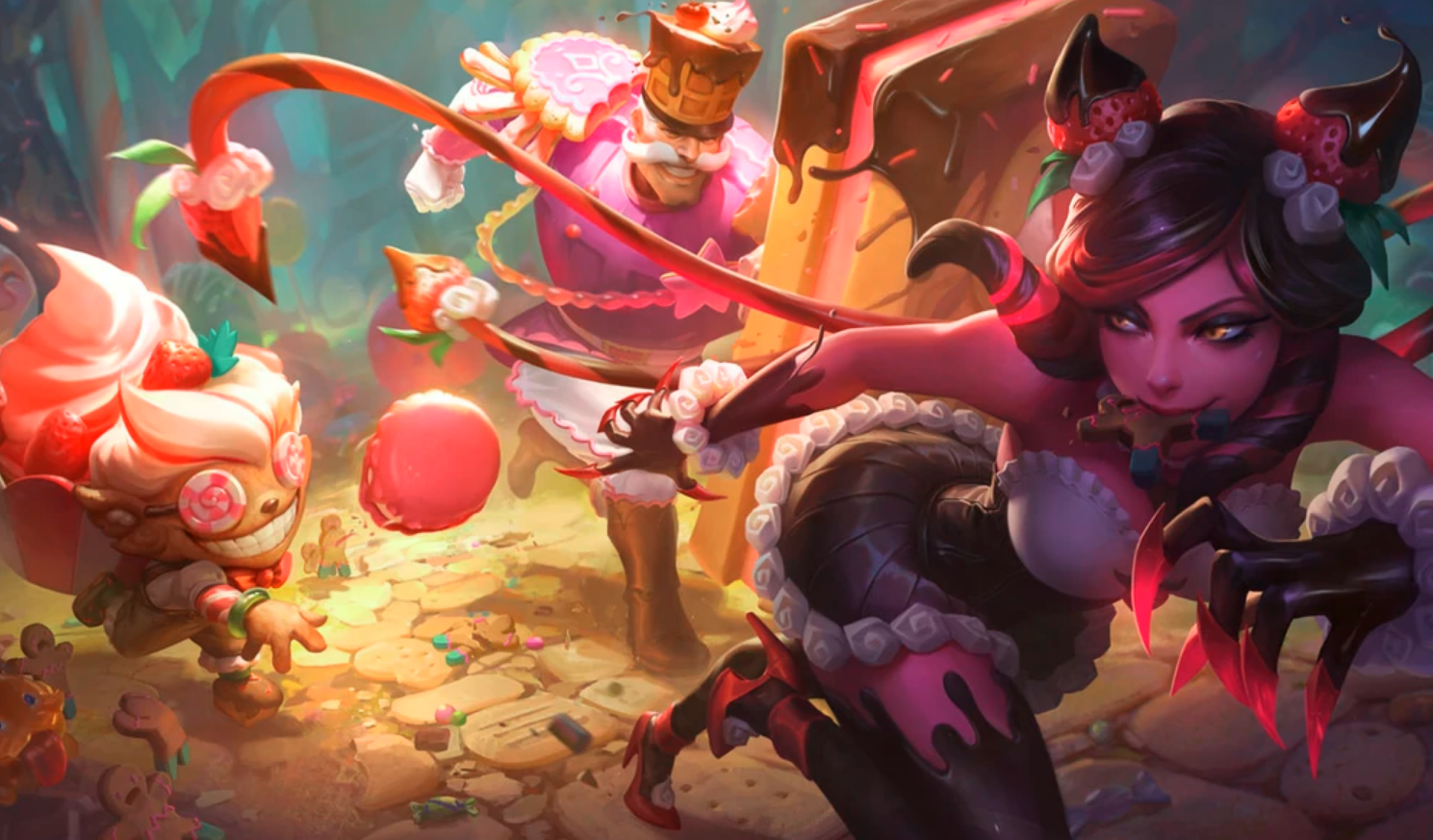 How to Build your Champion Pool in League of Legends

The Art of Building your Squad

If you tend to play games outside of League (especially RPG’s), you’ve probably assembled a crew or party before. You usually have a main character which drives the story and some core companions that you meet along the way and come along for your journey. Throughout the ups and downs of your quest, these characters may be upgraded and customized, usually to compliment the main character. One of the best all-time squads in gaming

Companions usually have different specializations that make them useful in a variety of situations, allowing you to be as prepared as possible for anything the game can throw at you. As the game gets harder, you may exchange your characters for a better fit (or they may just straight up die if the game is dark enough). If you do a good job of rounding the party out, you’ll have a much easier time than if you just put together a hodgepodge of characters without thought.

Now – what the hell does all this have to do with League of Legends? Climbing solo queue is a long and arduous journey, filled with challenges that are constantly changing. YOU are the main character of this story, and your champion pool is the squad that helps you along your quest. If you aren’t prepared and your party is unequipped for the climb, you’re gonna have a tough time during your ranked adventure. Luckily, you have (as of the writing of this article), 140 champs to choose from and really align with. Whether you like to play aggressive, supportive, or anything in between, you can build a pool that really fits how you like to play and can adapt to the changing tides of those darn bi-weekly patch notes.

In the following sections, we’ll show you how to build your pool from scratch. If you currently don’t have one, great, you can start of from square one and build a strong foundation. If you do have a champion pool, no worries, we’ve got some tips for improving and refining it.

Before you can start solidifying your champion pool you’ll need to settle on choosing a main role and a secondary role for when you don’t get your primary.

If you’re still starting off, you may not have a chosen role yet and that’s totally fine. One way to pick one (and maybe one of the easiest), is to make your main role the role of whatever champion you like playing most so far. For example, if you really like playing Jinx, congrats, you’re an ADC main!

You’ll also want a secondary role as a backup in case you don’t get your primary – unless you play Support (and even then it still happens sometimes), auto-filling is going to happen. The last thing you want is to be caught off-guard or have to lose sweet LP due to dodging, so be prepared!

If you don’t know what should be your secondary, consider your play style. Do you like 1 on 1 combat? You may want a Mid for Top and vice versa. Do you like playing from a big picture approach? Support and Jungle have a lot in common and may be worthy secondaries for each other.

Down the line, you can always change your main/secondary role if things don’t work out for whatever reason, but you’ll want to settle on one for as long as you can to really level up that champion pool and focus your improvement. The majority of this article focuses on your main role, we recommend following a similar approach when building your secondary pool.

Once you’ve settled on your main and secondary roles, it’s time to find your comfort pick champ!

What’s a comfort pick? Well, imagine that for whatever reason you had to play a game of League of Legends with your life on the line.

The conditions would still be the same as your usual ranked match, and you’d be able to have your main role and any champ you wanted (don’t have to worry about bans, etc). Which champion would you pick?

If a champion doesn’t immediately come to mind as your Plan A, then you haven’t found your comfort pick. If you already have a champion that represents your Plan A of attack, awesome. Feel free to stick around for some additional tips, or skip to the next step.

Having a comfort pick is crucial because you’ll need a champion to lean on when the going gets tough. It’s your stalwart knight that will hold strong in situations such as when you’re in a blind pick early on in a draft or you’re about to hit those high-pressure promos.

What’s a “blind pick”? Blink picks represent the early parts of the solo queue ranked draft, right after the ban phase. They’re blind picks because you have to choose the champion while having low information available. Although your teammates may be hovering and intending to play certain champs, they may be taken by the enemy team or change their mind so it isn’t always reliable. The biggest thing, of course, is that picking early means that your champ is susceptible to being countered (more on this in step 3) by the enemy team – especially if your lane opponent is picking at a later stage.

In pro-play pick and bans, you’ll see this as well. The early picks are usually designated for whatever is very powerful in the current meta or a star player’s signature pick, either way, the blind pick is meant to be so strong that it’s as hard to counter as possible.

This translates to solo queue because the best you can do in a blind pick situation is to go to your comfort pick. If you’ve put in the work necessary, you’ll have tons of matchup knowledge, even in facing potential counters. A player with a later pick may try to counter you, but if their mastery level of the champ isn’t up to snuff, you’ll have a good chance of still beating them.

Finding a comfort pick also helps to focus your efforts in learning true mastery. You can really dig deep and invest learning all the different builds, combos, and matchups

It’s basically a necessity in order to climb, take a look at any high ELO player and they’ll have a champ that they lean on with the most games played, usually paired with a high win rate. You’ve probably heard of the mythical one-trick ponies such as Vïper and Annie Bot. Part of the reason they’ve climbed so high consistently, even on champs that may not always be top tier, is because they’ve learned so many of the champs nuances.

For example, in Season 7, professional Support player Olleh climbed to the number 1 rank in NA with Thresh as his main comfort pick. At the time, Supports were seen as unfavorable for solo queue climbing so it was quite remarkable. It’s no surprise that it’s still drawing bans, even as recently as the Season 8 NA LCS Spring playoffs.

No matter how reliable your main comfort pick, there will be times when you’ll need to lean on your supporting cast of heroes to pick up the slack.

In general, you’ll have to resort to picking another champion when your comfort pick is banned or taken by another player. You may also opt for doing so when you’d be playing into a really unfavorable lane matchup – in these situations, it makes a ton of sense to have a counter to your comfort pick’s counter.

Here’s some words of wisdom on the subject from our Challenger Coach Moriarty as he answers a community member’s question:

Mori explains that within his own champion pool, Twisted Fate is his comfort pick, while he has Kassadin and Ahri as his backup/counter picks to compliment TF. Since TF has trouble against control mages, his backup picks are designed and chosen for the purpose of beating different types of control mages. This rounds out his champion pool and gives him flexibility when he climbs solo queue. He has a clear plan of attack every time he enters Champ Select.

So as a sort of rule of thumb, follow this line of thinking:

Step 4: Evaluate your pool over time and adapt

Since League of Legends is in a constant state of change, it’s important to keep your pool refined like a sharpened blade. There may be times when you’ll have to make addition/subtractions based on performance, but make sure that you’re doing so with a purpose.

The key value is 50%. If a champion stays above a 50% win rate, it’s definitely worth continuing to play those champs and to see how high you can take them. If your win rates for certain champs begin to fall below 50%, try to isolate problems and make adjustments at first. After all, you’ve invested time into learning the ins and outs of these champions.

However, if a champion begins to fall far below the threshold and you can’t find a way to get back to 50% or above, you’ll likely want to cut the cord for now and invest your time into other champions.

If you find a hole in your pool and want to pick up a new champion, be sure to give it due diligence. Build a solid foundation by learning how to play the champ in Norms/Flex properly and learn CS mechanics, builds, and power-spikes.

Do NOT be one of those players who jumps into ranked with a champ they’ve hardly played. It’s disrespectful to your opponents and it’s kind of stupid – if you’re playing into players of equal skill, what makes you think that you playing a new champ will be anywhere close to them on their comfort champs? Be humble!

Remember that these are general guidelines meant to maximize the balance between time, flexibility, and consistency. Ultimately, it’s about finding what works for you. Do your research, see what the best players of your role are doing and how they build their champion pools. If they stop playing a certain champ or pick up a new one, try to understand why!

Thanks for reading! If you’d like to discuss the article, let us know how you feel in the comments or on Discord. By the way, if you want to tune in to Moriarty’s next stream, head to our Twitch at 1PM on Thursdays and Fridays.