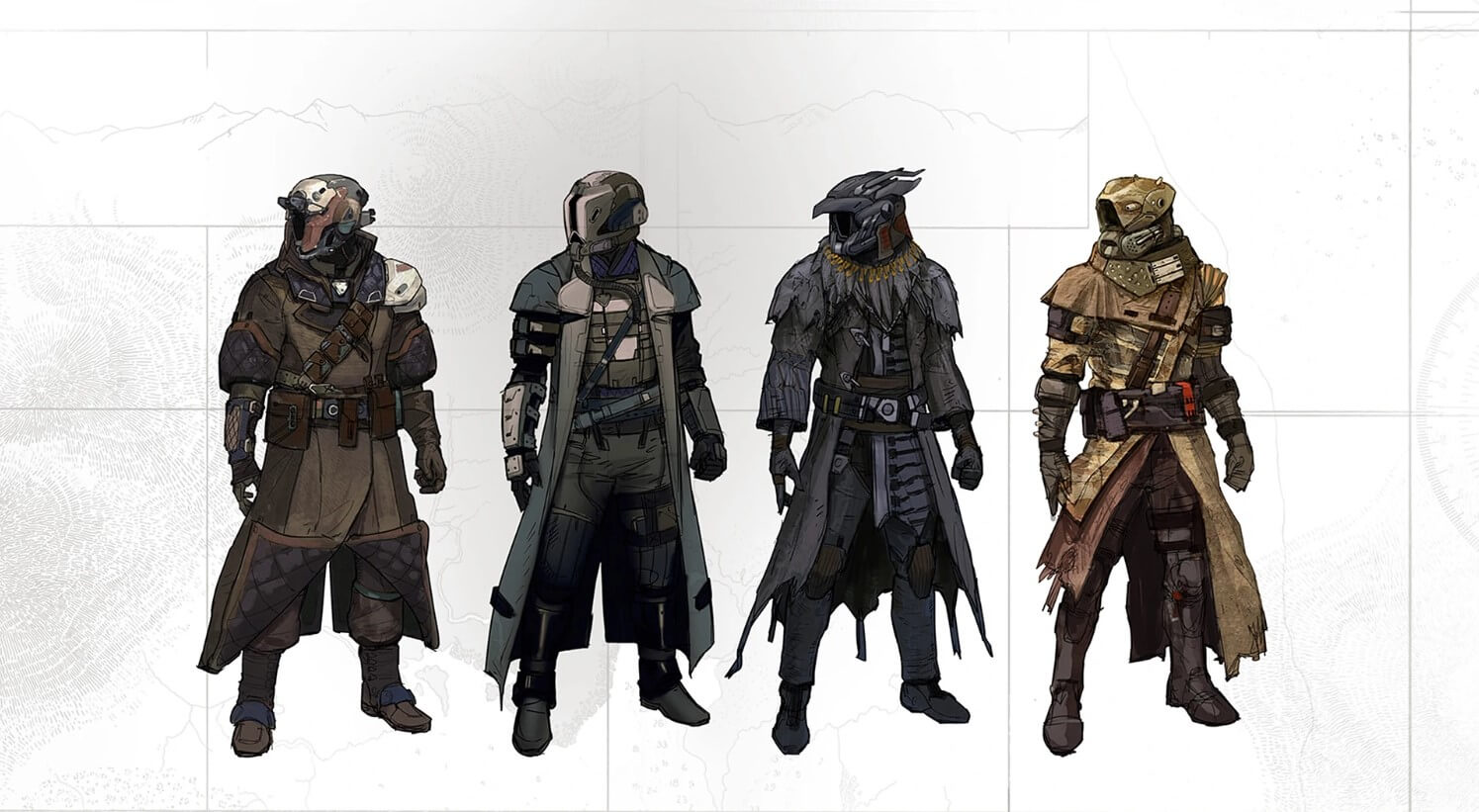 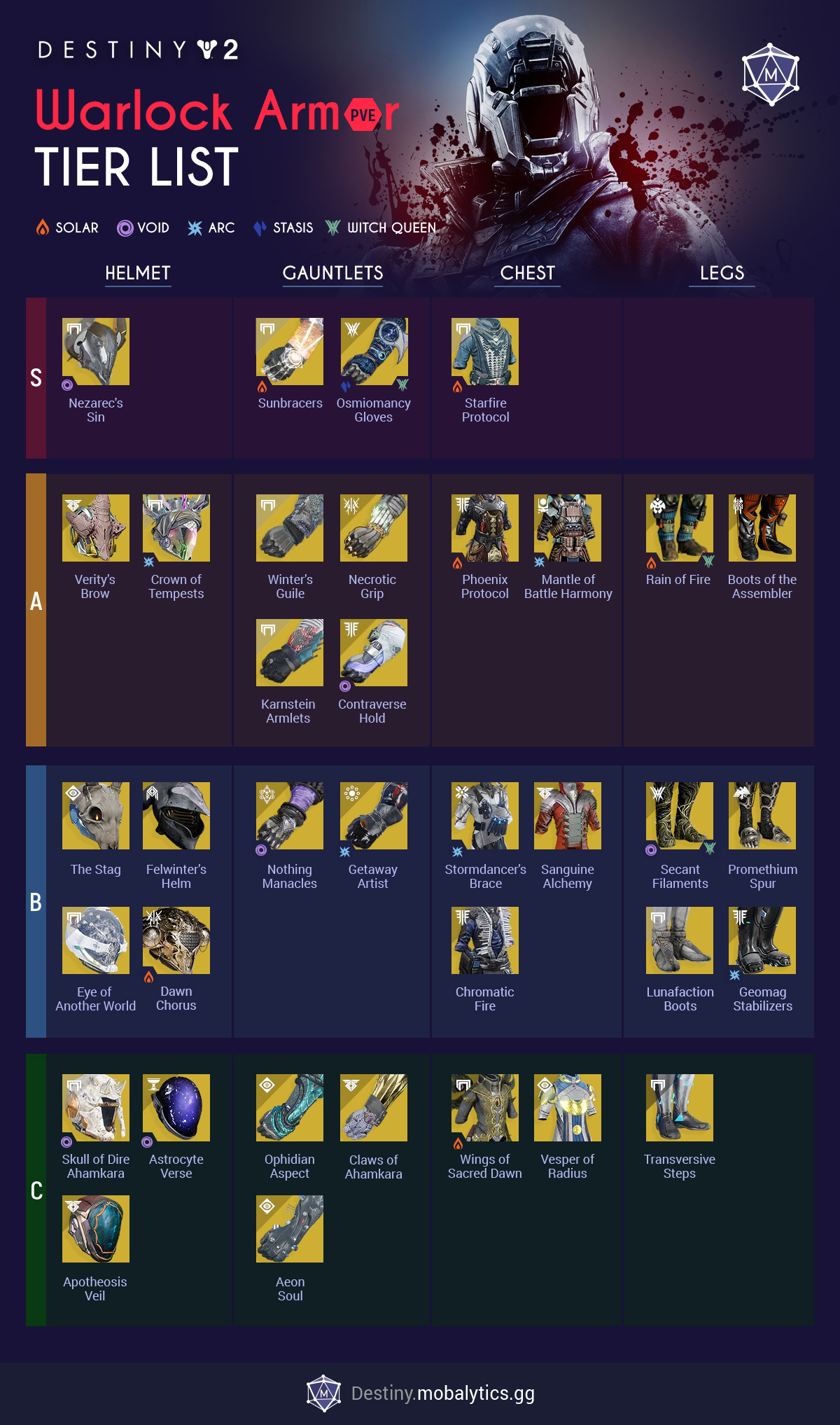 This is not the must-use exotic it once was because super gained is now capped out at 50%, but it is still strong due to the strength of well of radiance.

With heat rises, a charged melee, and solar grenades you turn into an AC-130 that throws fire and lava balls. On top of that with Well of Life and Elemental Ordnance, you also heal a ton.

It is extremely important to throw the grenade directly at the target and hit it rather than the ground. This makes the cooldown more or less infinite and you can permanently stun targets with them. Use with Glacial Harvest and kickstart mods.

Solar 3.0 made this once joke exotic into a top PvE exotic across all classes. With fusion grenades, empowering rift, touch of flame, and ember of ashes and eruption you will deal out so much damage and have nearly infinite empowered grenades and rifts.

This is a solid grenade regeneration exotic and is applicable to any class. The only stipulation is using a weapon that matches your subclass, which is usually done regardless of elemental good bonuses.

You can get your abilities back very fast with this exotic. Getting ahead of the curve here as this can be a top option when Arc 3.0 rolls around.

This exotic may look ugly, but you can deal a lot of melee damage with them. These fall off in higher-level content where melees can put you in danger.

Pairs very well with Osteo Striga which is a top primary exotic. Good for dealing with trash mobs and can deal some solid single-target damage.

A great option for staying alive. There is a cooldown to this exotic and other options for healing so it is just shy of S tier.

This exotic getting changed to charged grenades gave it a huge boost as it allows you to use the new version of Void 3.0 empowered grenades.

This is not the must-use exotic it once was because super gained is now capped out at 50%, but it is still strong due to the strength of well of radiance.

This exotic is quite nice and easy to get value out of. If your super is full and you have an elemental primary, you can essentially have a flat 20% damage boost for that weapon.

If you have Vex Mythoclast this exotic is pretty nuts. You essentially get a free 25% damage boost that can stack with other modifiers and create elemental wells.

Boots of the Assembler

You can really play the healer role with this exotic and Lumina which it gives benefit to. This is a better version of Sanguine Alchemy as it extends rift duration and offers a nice healing boost, which will be great once classy restoration is no longer in the game.

This exotic is more or less a convoluted way to allow your rift to be offensive and defensive by having damage resist which is worse than healing rift and equip empowering rift. The cooldown energy regeneration is nice though.

Void 3.0 made it far easier to weaken enemies than through this exotic. Aside from that, Tractor Cannon and Divinity provide an increased weaken effect.

Eye of Another World

The ability cooldown boost is only 50%. Granted it is easy to use as it is entirely passive. This can be achieved more efficiently through mods.

Dawnblade is what this exotic is based around, but Dawnblade is arguably the worst PvE super. The other scorch benefits are nice, but there are better exotics for the Solar neutral game.

Void warlock has many great ways to get grenade energy faster such that a 2nd grenade is rather obsolete. The tracking doesn’t have too much value in PvE where enemies have limited movement.

In PvE, your grenade will more likely do more damage than the arc soul. The damage to higher health targets isn’t too hot.

Doesn’t have quite enough boom to be a great option. Also doesn’t help with hiring health targets and is only good for clearing trash mobs with low health that are easy to clear regardless.

Its rework did help it out somewhat in PvE, but it still isn’t too strong. There are much stronger exotics based around rifts, and this exotic is only useful when you need to hold down a particular area in the open for a longer duration against weaker enemies.

Doesn’t have quite enough boom to be a great option. Also doesn’t help with hiring health targets and is only good for clearing trash mobs with low health that are easy to clear regardless.

The main perk of this is being able to activate devour. Problem is that with Warlock activating devour is very easy with Void 3.0, and having an alternate means of activating devour when running void warlock is hard to justify with options like Nezarec’s Sin out there.

This exotic is so close to being good. The issue is that it can be a detriment by wasting your rift energy when you kill an enemy at a long distance or in a weird spot where the newly created rift is unusable.

Years ago these were a must-use exotic. Now that the game has evolved and the exotic was nerfed it fell off. Auto-Loading Holster and weapon swapping made this exotic rather niche.

Pre-Arc 3.0 Chaos Reach isn’t a top DPS option and this exotic only affects the super.

The damage resists for an instant cast super isn’t all too great to have in PvE. Essentially what this exotic does for you is help your single target damage super get 50% recharge energy back if you decide to use it on trash mobs rather than a single target.

If you are using blink in PvE you are a maniac. That’s all I have to say about this exotic.

You only get your super so often, getting back health and ability energy on super is a perk that doesn’t come around often.

This exotic makes weapons feel very responsive and snappy, but there is little to no use in that in PvE. Check the PvP list 🙂

There is essentially no warlock PvE class built around the melee and no exotic. So having 2 of them doesn’t have much of any use.

The worst of the Aeon exotics. Dependent on allies dying and is a different version of Apotheosis Veil.

The only real PvE benefit of this exotic is 15% damage resist when midair and aiming down sights. The damage resist this gives you is not worth how much more you’ll be exposing yourself. Just build into 100 resilience.

The damage isn’t enough to justify going in a big group of enemies and casting your rift. In more difficult content, the range in which this exotic deals its effect is very dangerous.

These feel great for the movement speed, but the reload perk is hard to justify. It takes 1.5 seconds of sprinting and most weapons reload faster than that. Weapons that do take longer than 1.5 seconds such as shotguns or rocket launchers can just use an auto-loading holster which is much better for DPS.