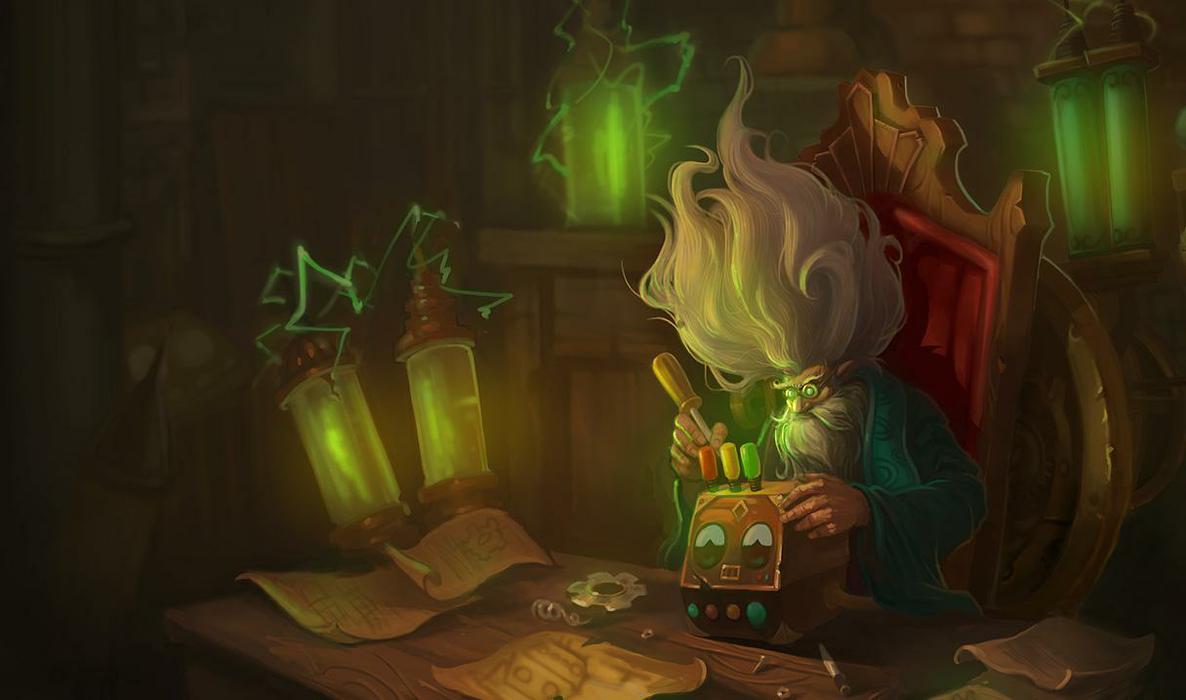 League of Legends Strategy: Why & How to Start Strong

Comebacks in LoL are among the most euphoric gaming experiences on offer. They can, and do happen. And they feel amazing.

But, because snowballing is a thing, comebacks often slip through our fingers, and they’re by no means a reliable League of Legends strategy to win games. The average CS, and per game is lower than you might think because it’s taken per game, meaning ADCs (for example) will have much higher CS/min, while supports will typically have lower. It’s no secret that you don’t want to find your team three kills down and getting all kinds of zoned-out-of-farm before the 10 minute mark. We know it’s important to start strong, but it’s interesting to see how consistent this trend is.

It doesn’t matter if you look at the CS, average gold per minute, XP per minute or even damage taken, the teams furthest ahead at 10 minutes win more games overall. This result is consistent from Bronze to Challenger, too. So developing the habit of strengthening the first 10 minutes of your game is a League of Legends strategy that will help you consistently as you climb through the divisions. And, if you’re serious about progress up the ladder, that matters.

It’s important to note at this point that we’re not saying you should AFK if your team’s behind by this stage of the game. Yes, even if your ADC is on the wrong end of a feeding frenzy, things would have to be pretty dire to call GG by 10 minutes. Clawing back a win from an enemy team that’s snowballed wildly out of control by late game is tough, but clawing back an advantage lost in the first 10 minutes of play is typically not so hard.

So how do you get off to a stronger start overall? Here are 10 LoL strategies you can start practicing today.

This section is for the people who underestimate just how important this advice is, because many MOBA gamers already use this strategy. Your creep score is a fundamental skill to master. You’ve probably seen the graphs that show the CS of players in the different League divisions. It’s a clear indicator of what’s holding you back. If you’re a support, this doesn’t apply to you, but it’s good to know either way.

If you don’t do this already, start loading up custom LoL games with no bots and no players and aim to get a minimum of 70 CS in the first 10 minutes.

If you can’t hit 70 CS in the first 10 minutes when you’re in a game all by yourself, how can you hope to achieve it when you’ve got enemies in lane harassing you, trying to zone you out and an ever-present threat of ganks from the jungle and mid lane? That’s right, it’s just not happening.

This is a bare minimum, too. A perfect CS for the first 10 minutes in LoL is 107. So 70 means you get to miss 37 creeps for each practice run. If you can’t achieve that, you need to fire up those custom games. If you can, then up your benchmark and keep practicing.

I guarantee that once you start committing this skill to autopilot, you’ll free up your focus for many other things, such as better map awareness and decision making. You’ll have more gold, better items, and get more kills, all paramount to a strong opener in every League game.

If you play junglers and get comfortable with a particular route around the camps, you probably fire up games and take that same route each time. But have you ever considered how you could be even further ahead by the 10 minute mark?

Pretty much the same rules here apply as mentioned above, whether number of ganks, CS, or gold are your benchmarks. Check out YouTube, hit up Google and search the web for hints and tips for your champion’s optimal jungle starts.

Okay, so research is nowhere near as much fun as queuing another game. But there’s no substitute for hard work. Create benchmarks for the first 10 minutes and continually try to beat them.

Do NOT push out the lane…

This is such a painfully common mistake I decided to write a whole guide about it which we’ll be publishing next week. [UPDATE: you can now read it here]

If you start a game, head to your lane and immediately start auto-attacking creeps, you’re doing it wrong. We’re not farming murlocs in World of Warcraft here.

Killing creeps as fast as possible pushes the creep line out towards the enemy’s tower. When that happens, it not only makes it much more difficult to get the kill on them, but it leaves you wide open to backstabs from the river. It’s a dangerous and unhappy place to be right at the start of the game.

Your strategy in the  beginning of League of Legends games should to last hit only and control the creep line. That way, you don’t push out the lane and needlessly put yourself in that vulnerable spot. In truth, there’s a lot more to lane control in League of Legends and we’ll look at this another time.

But the important thing right now is to be conscious of not getting to the lane and auto attacking creeps in minute 1 so you end up farming right under the enemy tower. A common outcome is that you lose this precious first 10 minutes of the game because of an easily-avoided asswhooping from the enemy jungler or midlane.

An early ward advantage can mean the difference between a successful gank and an ally wasting a trip to your lane. Either scenario can contribute either positively or negatively to all of the metrics seen in the graphs above.

For example, if you rush Sightstone, make sure you pick up a Sweeping Lens at the same time so you can drop it next time your jungler rotates to your side of the map. I’m guilty of forgetting to change and upgrade my trinket, and I’m working on it. If you de-ward the enemy at the tribrush or river, a successful gank becomes more likely, so it’s a valuable LoL strategy that can make a difference.

You know placing and replacing wards wins games. So look for ways to always do it better in the first 10 minutes. If you’re an ADC or other role, use your trinket wards invest 75 gold in a vision ward to place somewhere sneaky you think it won’t get spotted easily by the enemy.

Personally, I would love nothing more than to select 5 champions in each role and play whichever one I felt like on the day and work my way quickly to Diamond.

But, the reality is, picking my favorite two roles and a couple of champs from each helps me more quickly understand their limits, abilities, power spikes item builds and all the other factors that contribute to more wins. When you’ve got CSing dialed and executing your champion’s skills, mechanics and combos all committed to muscle memory, you free up more brainpower for decision making and sticking to what you learned about those all-important enemy match ups. We’ll look at those in just a second.

Knowing enemy matchups will give you invaluable intel that makes all the difference to how you play in the first 10 minutes and, consequently, who gains that early advantage.

For example, if you’re playing a squishy support up against an enemy duo with a snare and a gap closer, such as perhaps Ezreal and Morgana, you need to be super alert and play a little more passively than usual. As soon as they unlock the right skills, you’ll get caught out, burst down and lose the early advantage.

Personally, I’ve started a Microsoft OneNote file for League and created a section where I take notes of enemy match ups for my favorite champs and will develop it with other League champions over time.

Communicate with your team

When you take time to study matchups, you start to know useful things that you’re laning buddy might not. If you have a plan in mind for an early kill or if there’s danger from an unfavorable matchup, say so in chat.

You’ve got a minute or two before the game and, while I do agree that it’s irresistibly tempting to /dance with your crew while waiting for the Krugs to spawn for a jungle leash, why not use it more productively? Communication with teammates can mean the difference between getting ahead in those first 10 minutes.

Beware the tempting tunnel vision trap. I’m every bit as guilty of this as you and just about everyone else out there at times. But the more we make an effort to avoid it, the less likely we are to get overly attached to that kill and overextend under the enemy’s tower only to get all salty about the embarrassing death your teammates end up flaming you for.

It’s nice to have a reminder. But if you need even more motivation not to get all obsessed over the fact you “just need one more autoattack!”, here’s why your farm is more important than that kill anyway.

Kills are important but not to the extent that they must be secured at any cost in the first few minutes of a game. Often in lower level play, people go all-in upon arrival in lane, eager for that early kill.

If the attempt fails, you use all the regen’ items you need to sustain through your farming or, worst case scenario, you need an early recall back to nexus. Remember that 70 CS / 10 minute benchmark we looked at earlier? That suddenly goes down the toilet because you tried to make kill when you shouldn’t have. No way you’re hitting that after walking back to lane.

Farming is consistent, reliable gold. Kills are risk vs. reward, so getting all excited about your KDR and attempting a kill when your enemy is positioned safely and has a Braum ready to pounce in your way simply isn’t worth it. Focus on your CS and bide your time.

For example, if the enemy pulls off successful early ganks in your side of the map, the painful realization that your Twisted Fate is playing overly aggressive and out of position or anything else that might get your mad, that’s when you stop playing well. Check out the article above for tips to avoid the downward spiral from a chess and martial arts champion.

Keep looking for those openings

Like farming, CSing or team fighting, that first 10 minute opener can be seen as part of your game. Use the advice in this article and keep trying to strengthen it to increase the number of games you gain an early advantage during this all-important time frame and your win loss ratio is sure to go up over the long term.