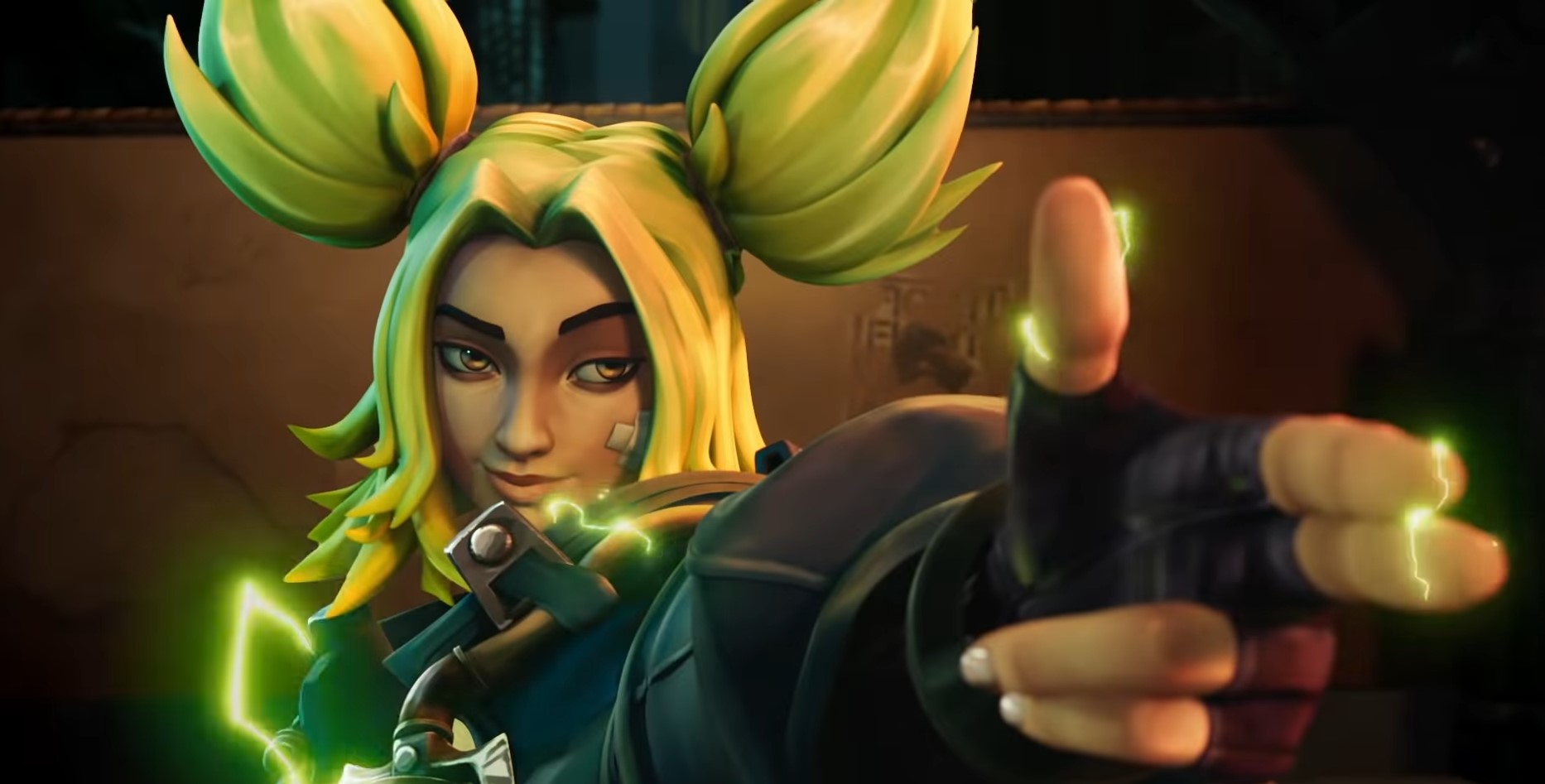 Zeri, the Spark of Zaun, will be the first new League champion for Season 12.

She’ll be making her debut during Patch 12.2, which would mean January 22nd.

Her intended role is ADC, but due to her mobility, she may see play in other roles like Mid, Top, and even Jungle. We’ll have to see how players figure her out though!

Stick around to learn about Zeri’s Passive, Q, W, E, and ultimate. As soon as her champion page is up, we’ll link you to her builds as well.

Innate: Zeri gains bonus movement speed at any time she is shielded or is shielded. If she damages an enemy shield, she absorbs it to shield herself.

This gives her an interesting angle at champ select since she has an anti-shield niche.

Once her Sparkpack is fully charged, her next auto-attack will slow and deal bonus damage.

Active: Burst Fire shoots 7 rounds that deal physical damage to the first enemy target hit. This scales with AD, is treated as an attack, and applies on-hit effects for the first round fired. Its cooldown matches Zeri’s auto-attack timer.

Active: Zeri fires an electric pulse that slows and damages the first enemy hit (very similarly to Jinx’s W). If the projectile hits a wall, it will fire a larger long-range lazer from its point of impact.

Active: Zeri dashes and energizes her next 3 casts of Burst Fire, which causes them to pierce through enemies. If she dashes into terrain, she will leap over or grind along it depending on the angle. If Zeri hits a champion with an attack/ability, she will reduce Spark Surge’s cooldown.

Active: Zeri discharges a nova of electricity that damages nearby enemies and overcharges herself for a duration. While Zeri is overcharged, she gains increased damage, bonus attack speed, and bonus movement speed.

If she attacks enemy champions, she refreshes the overcharge duration and adds another stack of movement speed. Her Burst Fire’s damage, when overcharged, concentrates into a triple shot that chains lightning between enemies.

To stay up to date with the latest new champion news, make sure to follow our New LoL Champion Tracker.