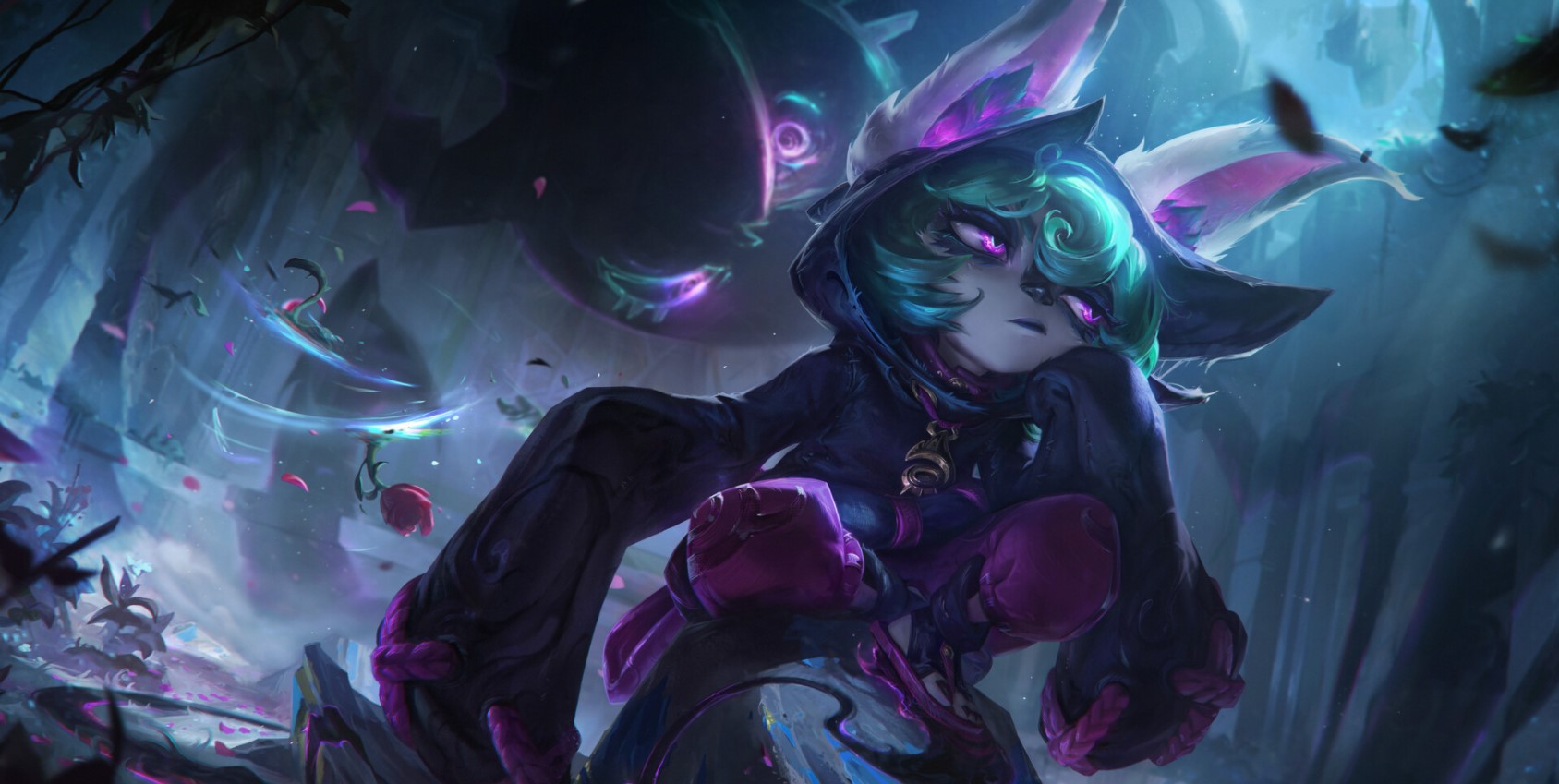 After guest-starring in the Sentinels of Light event, Vex, the gloomy Yordle is finally hitting the PBE on League’s Patch 11.18.

This means she’ll be officially released with Patch 11.19 on the live servers, on September 23rd.

At first glance, she’s a mage that will likely be a mid lane, but perhaps she may have some potential as a support since mages often overlap between the two roles.

In this article, we’ll cover her passive, Q, W, E, and ultimate. At the top, you’ll also find a theorycrafted PBE build.

We’ll have full guides on how to play her and how to counter her once we get to try her on the PBE! 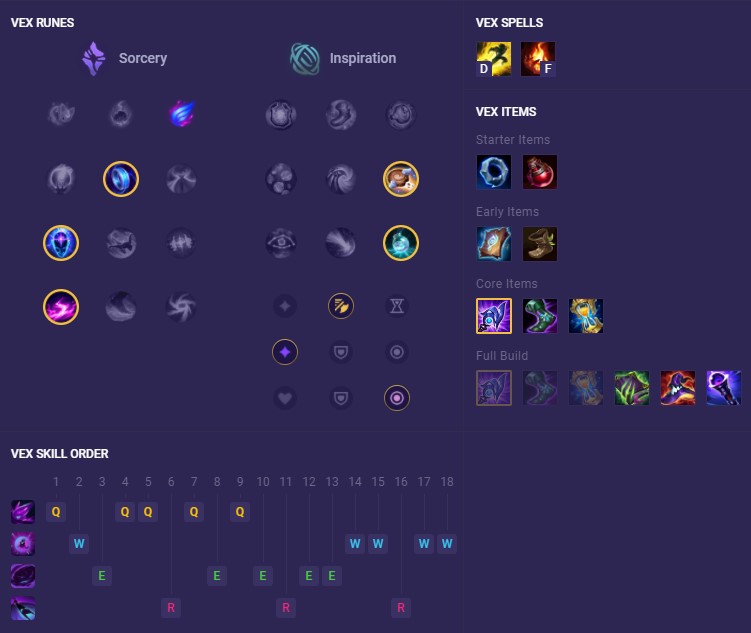 If you found this article looking for Vex’s build here’s what we initially recommend for the PBE:

Throughout the PBE and after her official release, we’ll be updating her builds so be sure to check back often at Vex’s champion build page.

Vex becomes periodically empowered by Doom which causes her next basic ability to interrupt dashes and Fear enemies.

Whenever a nearby enemy blinks or dashes, they are marked with Gloom. Vex’s next basic attack on a marked enemy will deal bonus damage and partially refund Doom’s cooldown.

Vex launches an AoE skillshot wave forward that deals magic damage to enemies it pass through. The wave accelerates after a short delay but reduces its width.

The Bolt will also detonate Gloom on marked enemies it hits.

Vex shields herself and emits a shockwave to enemies around her, dealing magic damage.

Similar to Mistral bolt, it will also detonate Gloom marks.

Vex’s companion, Shadow, flies as a skillshot and increases in size as it travels.

Upon reaching its destination, Shadow slows enemies, marks them with Gloom, and deals magic damage.

After doing so, Vex is able to recast the ability to be pulled to the marked target and deal additional magic damage.

If same target dies within a short time from Shadow Surge’s damage, Vex can cast it again during a short time window.

To stay up to date with the latest new champion news, make sure to follow our New LoL Champion Tracker.