How to Counter Lillia (6 Tips)

How to Play Against Lillia

Lillia is one of Riot’s latest creations. Overall, she’s a champion who has tons of utility, tons of damage, and the potential to put your whole team to sleep.

She can be quite difficult to deal with for beginners, and if she gets a lead, she can be devastating to play against.

In this Mobalytics guide, we will discuss how to handle the Bashful Boom also known as Lillia, and teach you how you can set her behind and make her less of a threat in the later parts of the game.

We will discuss tips on how to play against her in the Jungle as well as the Top lane.

If you want to play Lillia for yourself, or want to learn what champions counter her in both the Jungle and Top lane, check out Lillia’s champion page.

Lillia is incredibly weak in the early game. When she’s facing an early game Jungler, she cannot do anything to them if they decide to invade her jungle and try to fight her. You can use this to your advantage by looking to invade her and try to set her behind. 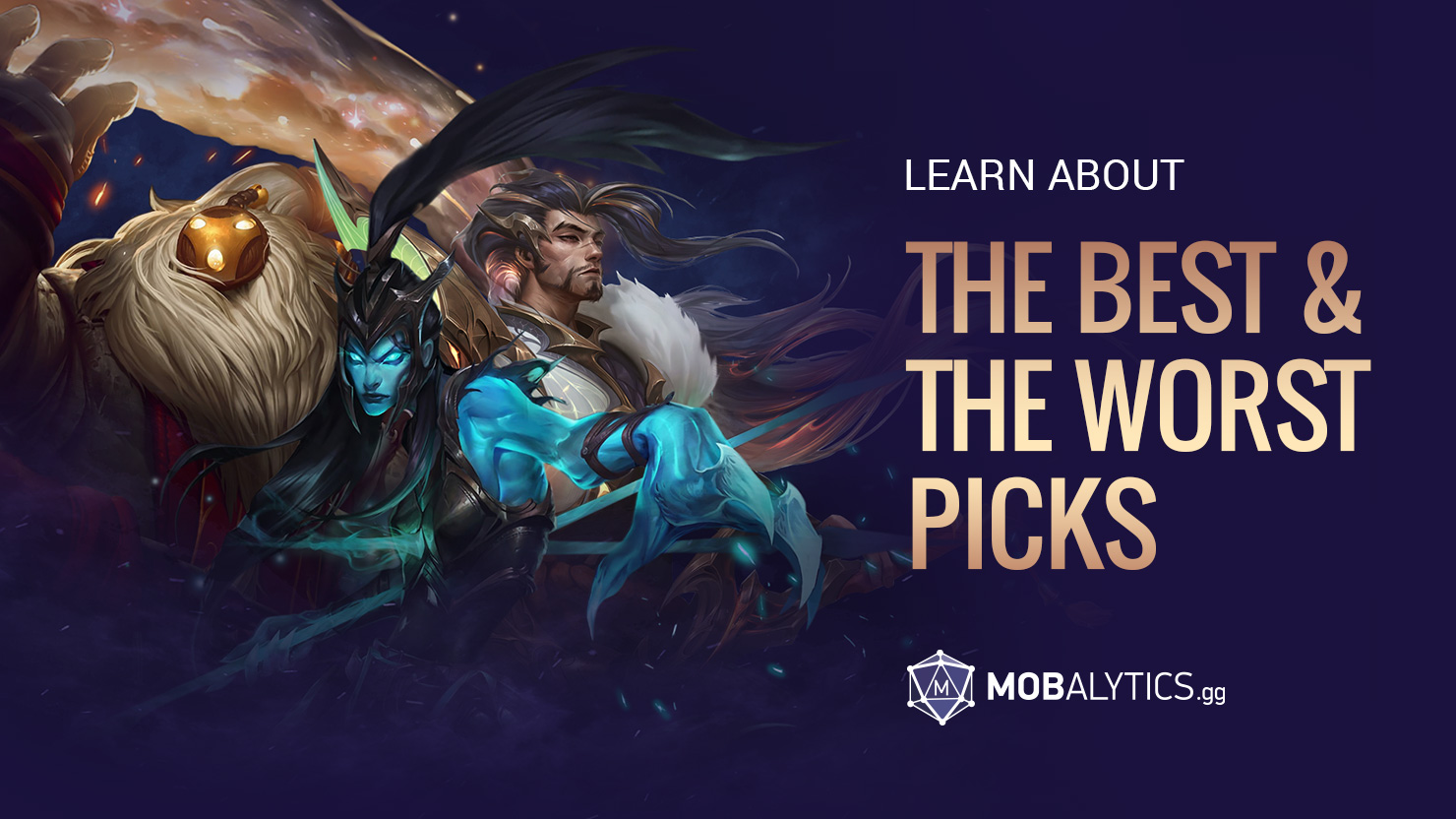 Invading her will offer you a ton of benefits. These include but are not limited to:

Picking Junglers that have strong early games and good invade potential will allow you to get ahead. If possible, try to play early game Junglers and if you can’t, look to invade her jungle to steal away her camps when she shows on the opposite side of the map. This will allow you to deny her gold and XP while remaining relatively safe.

His a separate guide on how to dominate the early Jungler. It will help you against all champions- especially Lillia.

When Lillia is played in the jungle, it’s important that you understand her jungle pathing and in what order she takes her camps. If you know where she’s headed, you can play around it and counter her. There are a few different paths she can take, so here are 3 different images from our Instagram. 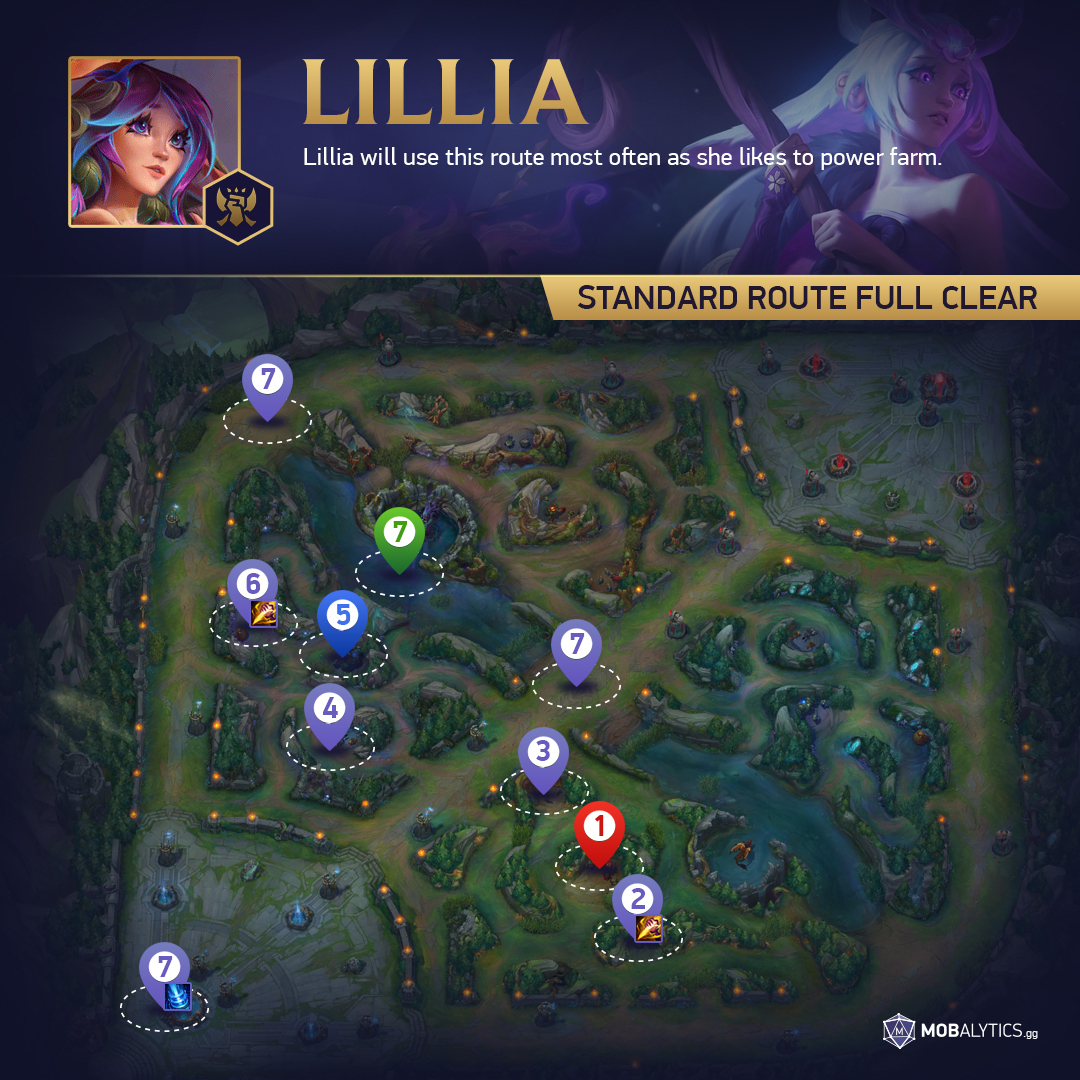 This is a good path to take, in particular on the blue side with a leash. 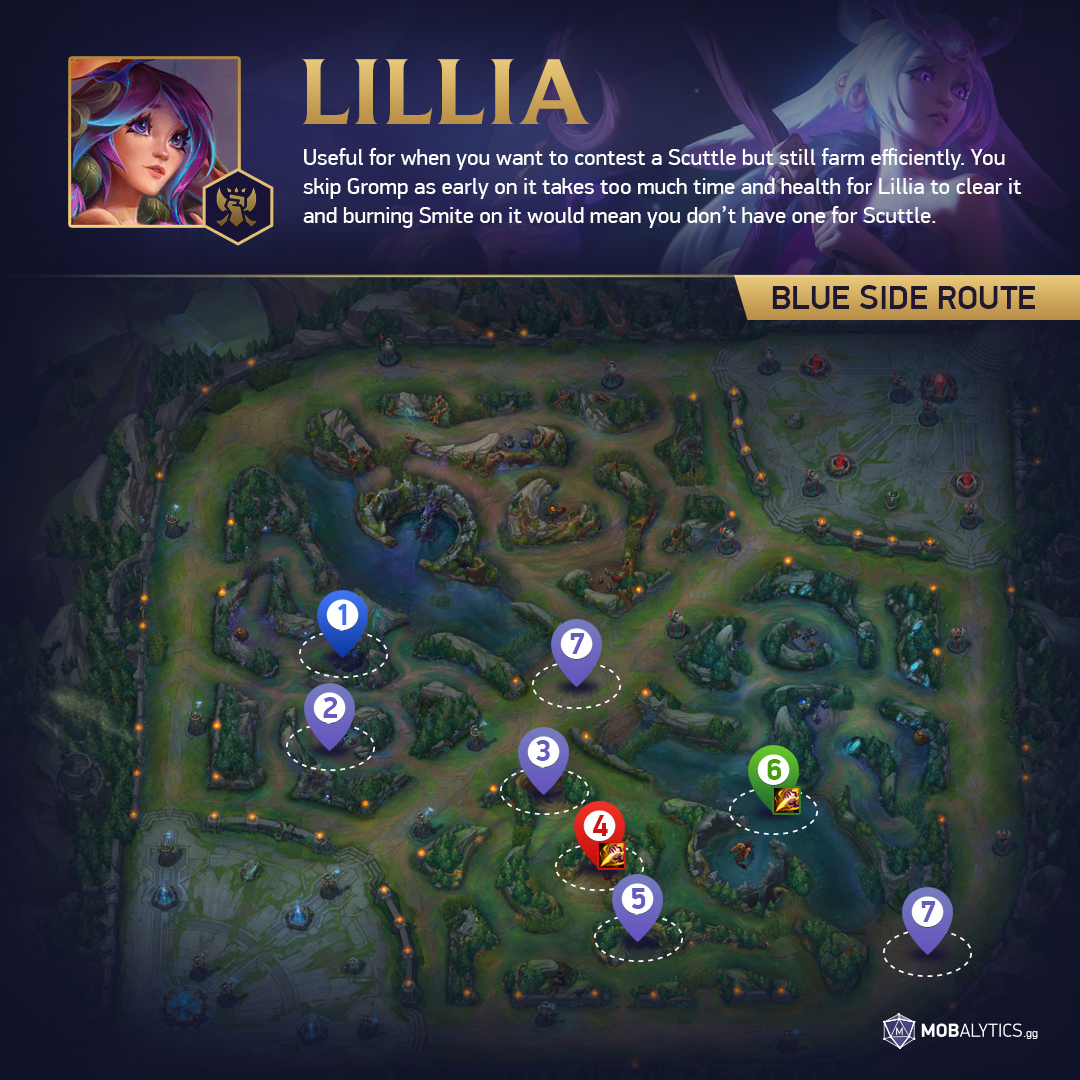 An alternative jungle pathing route. Good on either side. 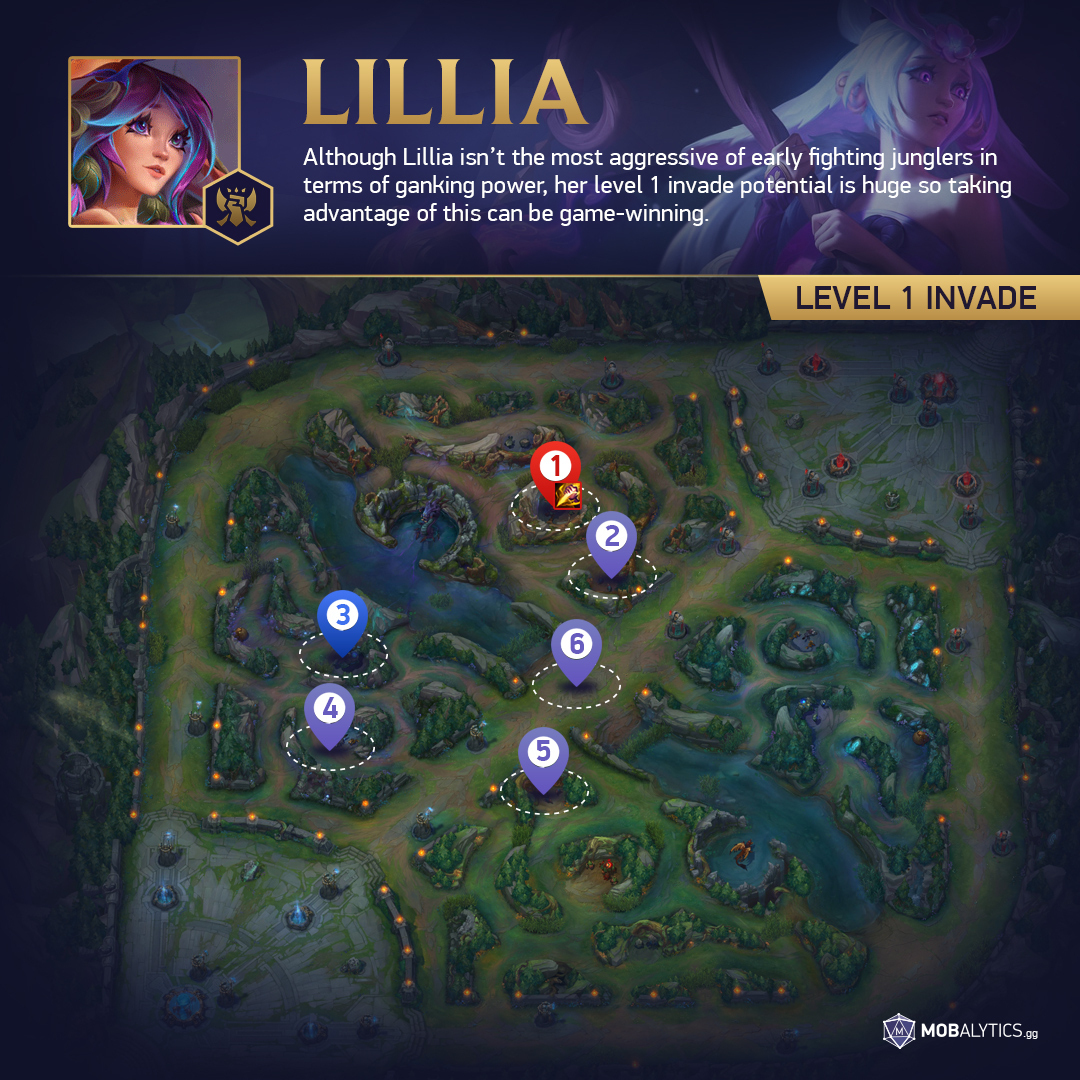 While she is rather weak in the early game, her ability to steal camps away is pretty strong. We’ve added this route just in case she decides to use it.

We have tons of other jungle pathing guides on our Instagram, so make sure you give us a follow if you want to see more!

3. Invest in QSS or take Cleanse against her

There are two parts to Lilia’s Ultimate (well at least a brief delay after activating her Ultimate). After becoming drowsy and after a short delay, you’ll be put asleep. While you’re asleep, you’re vulnerable to incoming damage and you won’t be able to move unless the effect wears off or someone deals damage to you.

This is how Sleep works. Taken from the LoLwiki

There is, however, a way you can directly counter her Ultimate. This can be done by purchasing items that can remove the effect. Sleep can be removed by QSS or Mikeals and you can also take Cleanse if the enemy has tons of CC. You can also invest in Mercury Treads to reduce her damage output/ CC.

Activate these items once you’re put to sleep- not before to ensure that you escape the sleep. Doing it early may result in you still being put to sleep.

While you may not wish to take Cleanse just to counter her sleep, it wouldn’t be a bad option for ADC’s or Mid laners if the enemy team has tons of CC. You could invest in the other items in particular if Lillia is ahead.

4. Keep the minion wave closer to your side of the map 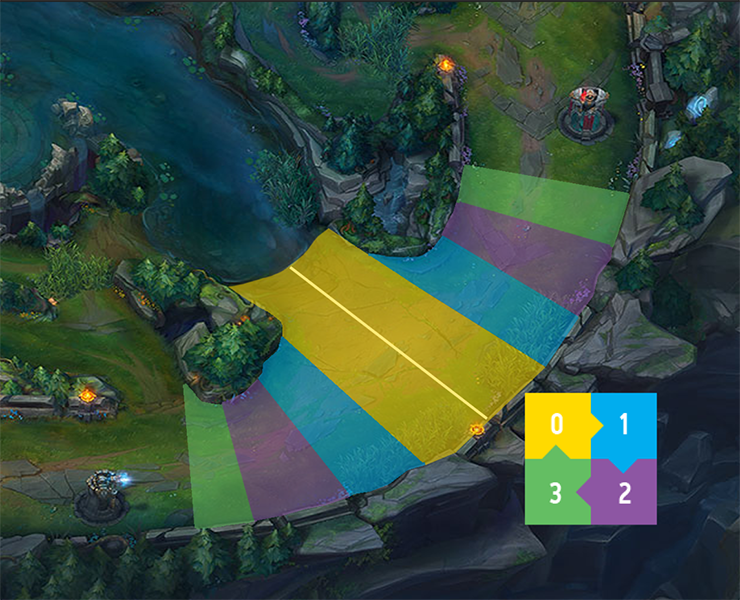 To do this, avoid using your abilities on the minion wave and limit how often you auto-attack the wave so it doesn’t push towards her. You’ll also need to ensure that there are more enemy minions in lane.

Of course, it’s not as simple as that, but that’s the general gist of it. Luckily, we have a rather in-depth guide on how to freeze and how to keep the minion wave closer to your side of the map to prevent Lillia and many other champions from running you down in lane.

You can find our in-depth wave management guide here.

If Lillia has got a few kills in lane or is snowballing heavily in the jungle, make sure you get some items that provide magic resistance to help reduce the damage she’ll deal to you. If you do not build items to protect yourself from a fed enemy, then she’s going to wreak havoc on the map.

Items such as Mercury Treads are great against champions with AP and CC. This is a good item on every champion and is relatively cost-effective and doesn’t put you too much in debt trying to counter her.

Generally speaking, Lillia doesn’t build items that offer magic penetration (or at least, she will get it pretty late into the game). This means that any magic resist you’ll get will be very effective against her. Here are her two of her main build paths. 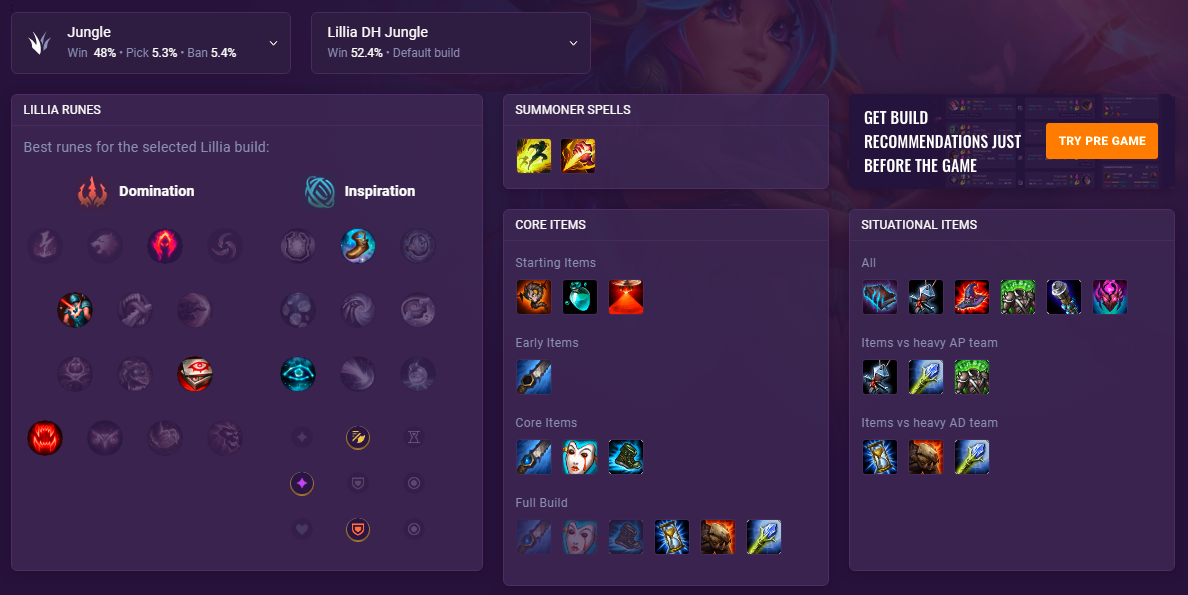 As you can see, they lack penetration and she’ll have to adapt her build path if the enemy builds magic resistance.

Here’s a breakdown on defensive LoL items and when you should build them. Alternatively, you can head over to our champion pages to see what situational items your champion can buy.

Like most Junglers, you can reduce their ability to gank by knowing where they’re at all times. Placing wards inside her jungle will help your team know where she is so they should, in theory, die less often to ganks. 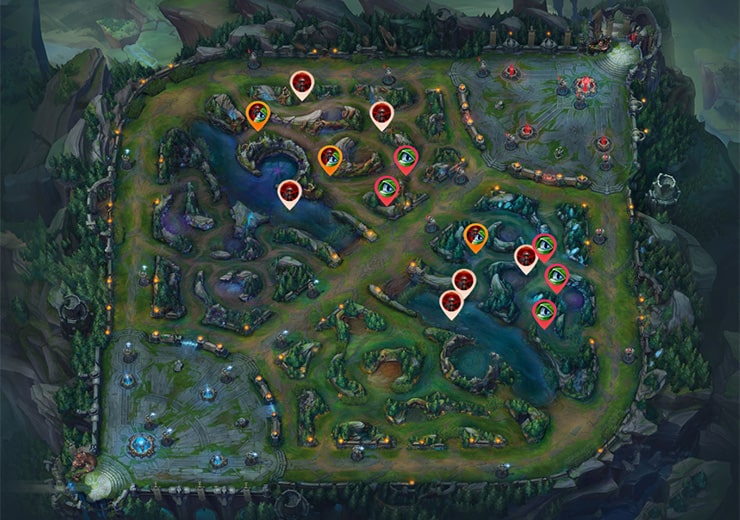 Here are some good warding locations to spot her while she farms. You can also place vision around her jungle entrances, in the river and around your lanes to help your team. Make sure you secure the Scuttle Crabs as often as possible for gold and extra vision.

You can find out other good warding locations in our in-depth warding guide here.

Lillia can be difficult to deal with if she’s ahead. Fortunately, she’s not as useful when she’s behind, but her Ultimate can be deadly if she’s able to cast it on your whole team. We hope this information will make dealing with her a little easier and help you counter her.