All New Major Items for Season 13 League of Legends

Season 13 is almost here, and a lot has changed in the past few months. Riot has introduced new items, new champions, changed the jungle and a variety of other things and improved the game as a whole.

Because there has been so many changes lately, it can be easy to have missed some of the major changes coming to the game and if you’re not really up to date before the new season of League of Legends starts, you start off on the wrong foot and fall behind your friends when it comes to the Ranked ladder climb.

Also, please remember that the champions we have recommended can use these items, but they may not be optimal on them and they may prefer different Mythic items instead.

New Items in Season 13 of League of Legends

Passive: For each second in combat with enemy champions, you’ll gain bonus armor and magic resistance. At maximum stacks, you will deal damage to enemies nearby. You will also gain a heal for the amount of damage you deal.

Champions who could use this item: Swain or Vladimir 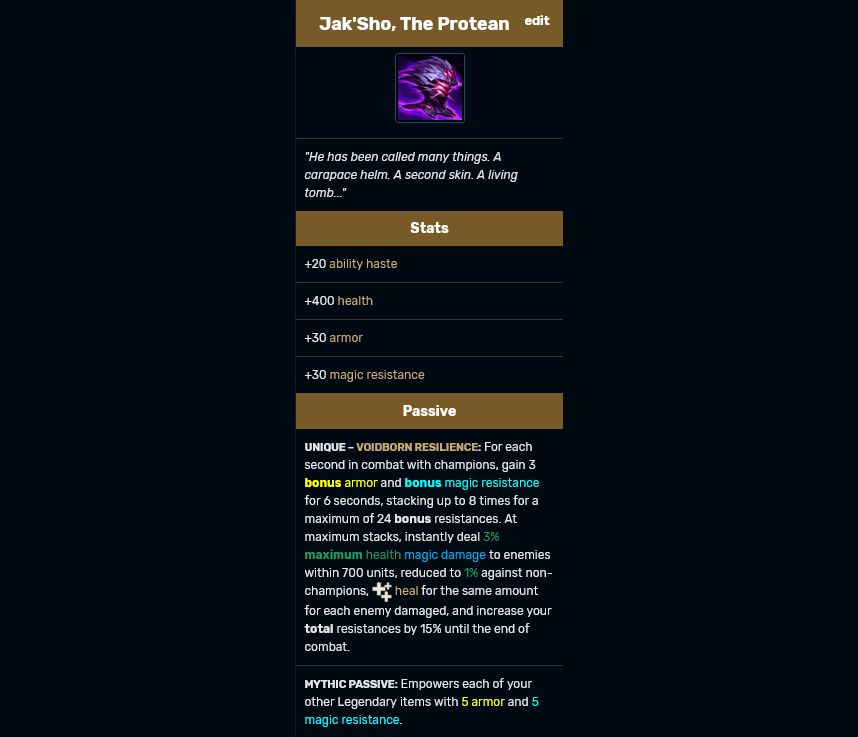 Passive: When using your Ultimate, you gain maximum health and all nearby allies gain a shield and a small heal.

Champions who could use this item: Janna or Soraka 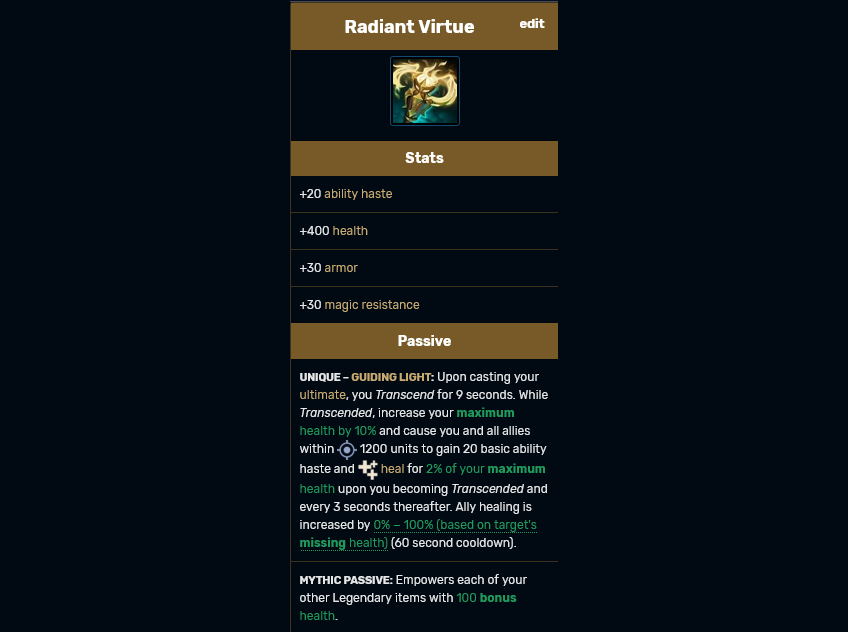 Passive: When in range of an enemy champ, generate a stack. Your next auto-attack against the target deals extra damage to them.

Champions who could use this item: Jarvan IV or Sion 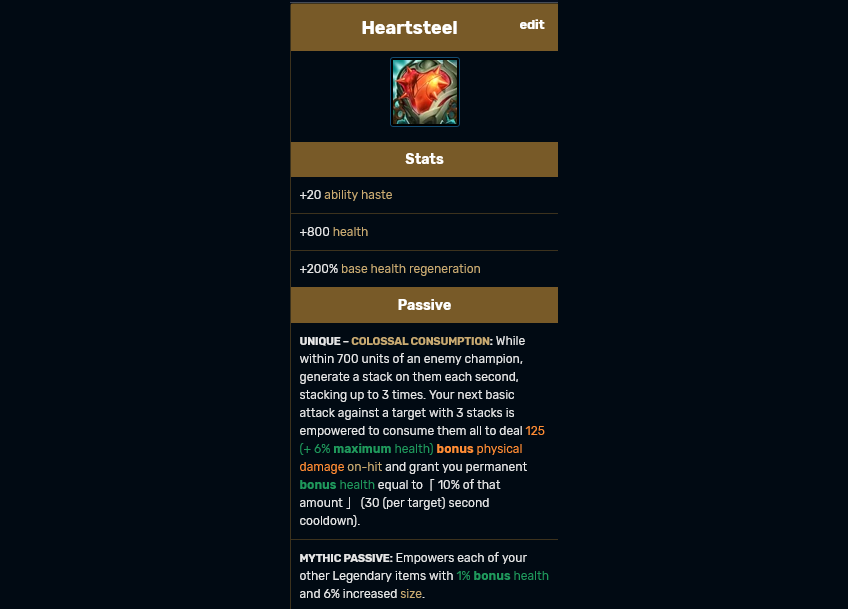 This item is back and now gives bonus health, mana and ap. Once you’ve reached 10 stacks, you level up.

Champions who could use this item: Kassadin or Teemo 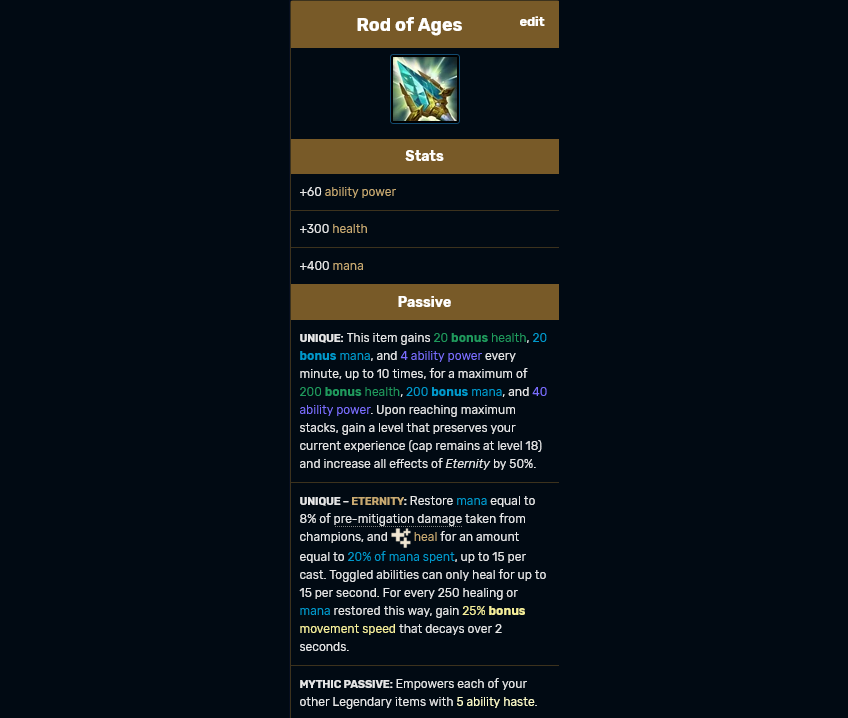 Spear of Shojin is back and gives you bonus damage and extra movement speed.

Champions who could use this item: Ezreal or Varus 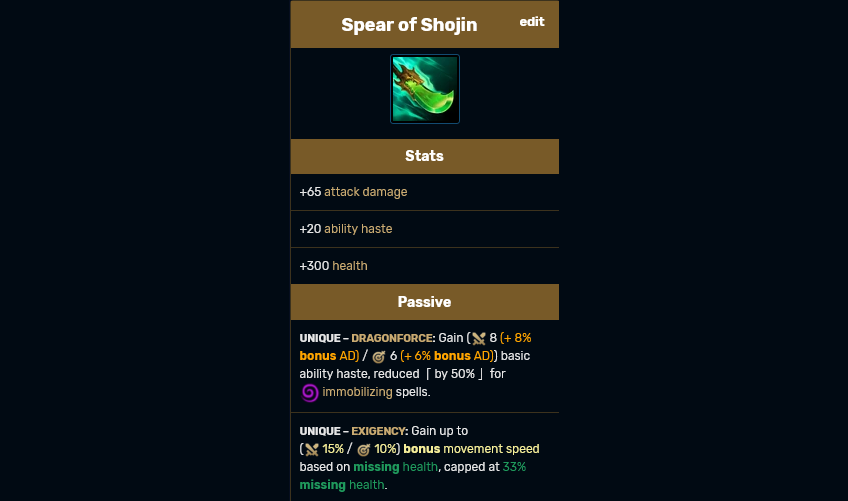 Your next auto-attack, after using an ability deals extra damage and slows the enemy.

Champions who could use this item: Maokai or Malphite 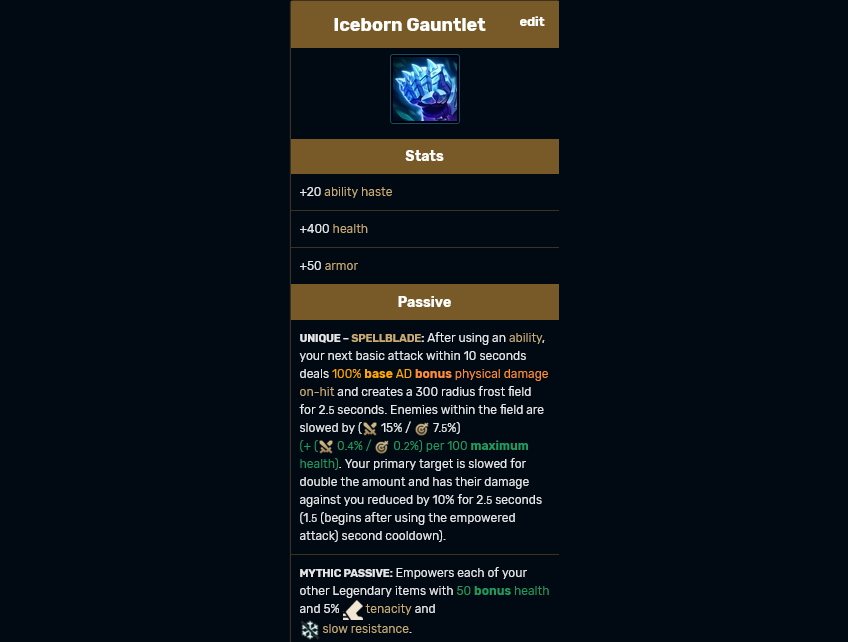 The item stats have changed, and it is no longer mythic.

It still deals damage to nearby targets and grants stacks.

Champions who could use this item: Ornn or Sejuani 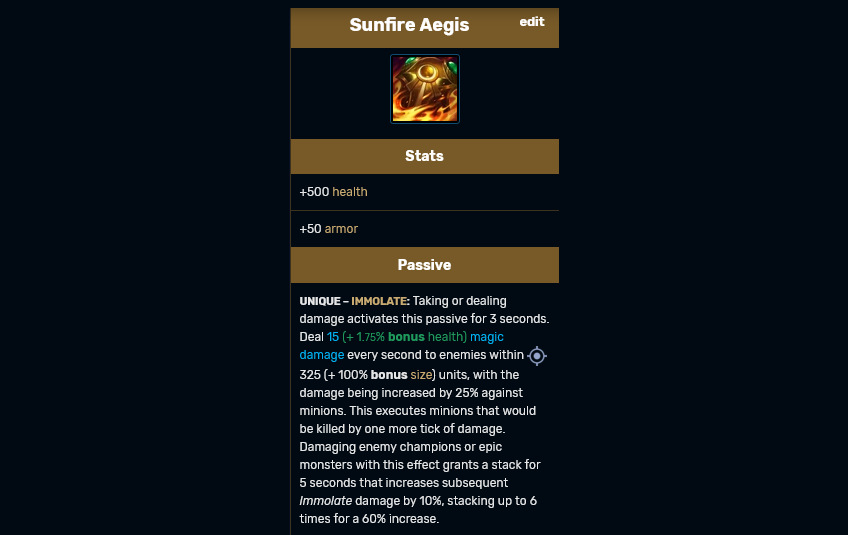 The item stats have changed, and it is no longer mythic.

Active: Gain bonus movement speed while facing a turret or a nearby enemy champion.

Champions who could use this item: Sion or Dr Mundo 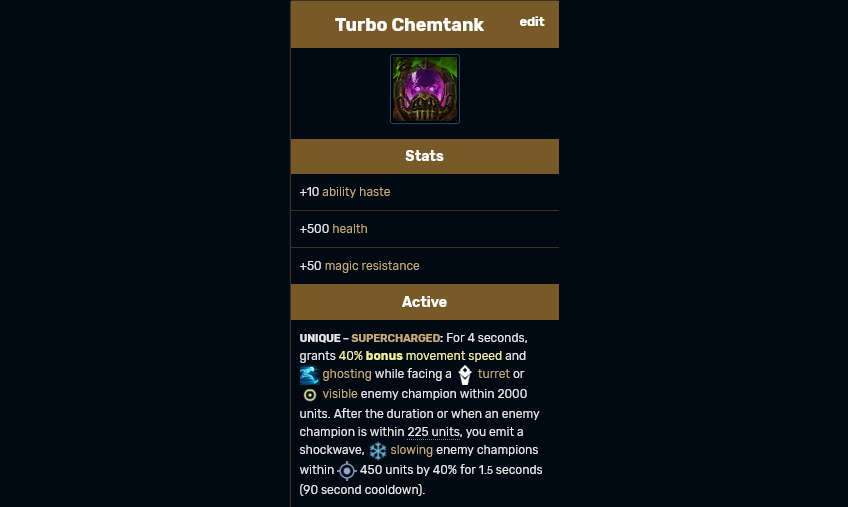 That’s about it for all the new major items you’ll find in the new League of Legends season. If you have any questions or what to learn more about the new season of LoL, please leave them below. You can always find more tips and tricks to climb in LoL with a free Mobalytics account.