6 Tips to Help You Climb League of Legends Season 11

There is around 1 month left before Season 11 officially ends and you’ll lock in your final rank for the rewards. Now is the time for everybody to get their tryhard boots on and go hard or go home in an attempt to get their desired rank and the reward they want. Whether you’re Iron, Bronze, Silver, Gold or whatever rank you’re in, now is the time to try and level up.

In this Mobalytics guide, we will discuss several tips and tricks to help you climb your way up at the end of the season. These tips vary between champion advice, general tips to up your game and much much more.

6 Tips to Help you Climb in League of Legends

Let’s keep the first tip short and sweet. When attempting to climb, it will be highly beneficial for you to play a warm up game first so you can get used to the game and well, warmed up!

When an athlete is about to play a big game, they warm up on the pitch first. They don’t just walk on the pitch and start playing straight away. They exercise, make plays and get energised for the actual game.

Doing the same thing just before a ranked grind could help you a ton. The practice doesn’t have to be in a normal game: it can be in bots or ARAMS. Your goal isn’t necessarily to win this game either but to get the blood flowing!

If you have time, try and dedicate 1 game at the start to a warm up game.

While the end of the season is nearing, it doesn’t mean you have to rush and get the rank you want.

In fact, it’s probably better to limit how many games you’re playing and avoid grinding out games as you will become fatigued and start making more mistakes the more games you play. Of course, if you’re playing well and winning a lot of games then you should keep playing, but if you’re losing a lot, then it’s best to take a step back for the day so you don’t start off worse than you started.

Check out your recent activity by checking out your Mobalytics Profile!

My advice would be to limit how many ranked games you play a day to maybe 5 or 7. Usually, I would say less is more, but I understand that there is a time issue right now and you don’t have long until the season ends.

There are tons of very good champions around right now which is good for the players who cannot stick to 1 or 2 champions. However, I would highly advise that you solidify your champion pool and just stick to playing a couple of champions.

If you play lots of champions, you will not be as good on every champion you play. But if you spend a lot of time playing the same champions over and over again, you will be good at those champions as you will have lots of experience with them.

The more experience you have at something or someone, the better you will be.

Don’t know what champions are right for you? Check out our how to build your champion pool guide!

4. Stick To the Same Role

Let’s keep this one short too (do you see a pattern in this guide)? When playing ranked, stick to the same role and avoid switching it up.

It is too late in the season to make a huge change to the role you play. It is better to make the change slowly in normal games before switching anyway, but I would recommend that you stick to playing the same role over and over rather than switching it up.

Let’s compare you to an enemy you will face. That player could have mained that role throughout the whole season which gives them a huge advantage over you. This advantage could be the reason they win the lane and win the game.

Don’t be the sole reason your team loses the game. Stick to the role you’re comfortable with and the champions you know rather than first timing mid instead

When it comes to playing League, it’s better to play meta champions and champions who are strong. In conjunction with this, you should also play champions in their best roles.

While I am a huge fan of Zyra, I should stick to playing her as a Support rather than a Mid or Jungler. Miss Fortune is great right now, but not so good in the Support role.

However, you may need to invest a lot of time into practising these champions which can be an issue as there is not long left before the season ends. If you’re not able to put in the time to learn a new champion, stick to what you’re good at and keep playing the same champions and roles. If you don’t find any of the meta champions that fun, then obviously don’t play them!

To find what champions are good and are meta right now, check out the Mobalytics Tier List.

When it comes to improving on the champions you play, you would highly benefit from doing your own research on how to play them. For example, checking out their Mobalytics Champion Page and looking at things such as their build, tips on how to play them and their combos.

Similarly, copying and practising our champion combos will also help you to optimize your damage output in trades and in team fights. Practising this in botts, customs or in normals and then taking them in to ranked is a good idea. 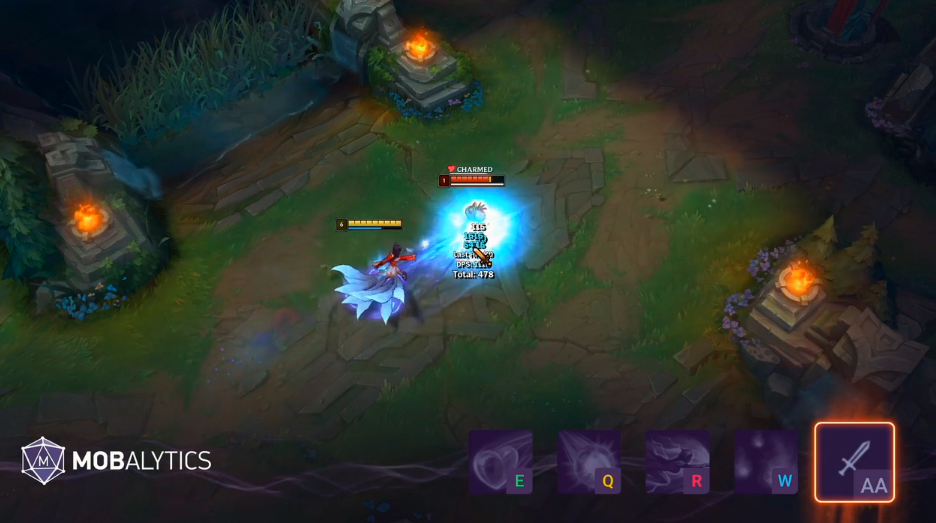 That about sums up our tips and tricks guide to help you climb at the end of the season. Got any more tips to recommend to your fellow Summoners? Leave a comment!