6 Tips to Improve your Pick Potential in League of Legends

How to Improve your Pick Potential in League of Legends

Picking off champions throughout the game will offer you various benefits, including more gold, a better KDA, and a dozen other things. Learning when and how to get picks can allow you to singlehandedly win games and secure major objectives if you can pick off the right champion.

In this Mobalytics guide, we will go through some tips and tricks to improve your ability to get picks in League of Legends.

We will focus on two main aspects: how to get picks, and how not to get picked off. Being able to do both of these things in your game will help you win more games as a whole.

Here are the following topics we will be covering in this guide:

What are picks in League of Legends?

Picks are where you kill off an enemy champion and escape afterwards. Usually, you can pick off targets that are alone during the mid or late game while they farm in a side lane. You can also pick off targets that are moving from one lane to another or who are roaming around the map. On the other hand, getting picked off is when you die alone from one or more enemy champions.

Examples of champions who are good at getting picks

Evelynn is an assassin who can easily take out squishy targets who are on their own. Thanks to her Passive and her Ultimate, she can quickly kill any champion on her own before escaping.

Check out Evelynn’s champion page for tips and tricks to play Evelynn.

Thresh can pick targets off with his Q. This ability is powerful, and landing a Hook on the right champion could win you the game.

“Going somewhere?” Check out Thresh’s champion page before clicking off this guide!

VelKoz has a lot of burst. If he can land a few Q’s on a target, he can easily blow them up with his Ultimate. His Ultimate deals a lot of damage and can shred the tankiest of champions. This makes him a great pick champion as nobody truly respects  Vel’Koz’s damage output.

Want to learn the optimal builds and Runes for Vel’Koz? Check out our Vel’Koz champion page.

How to improve your pick score

To get better at picking off targets, you must understand the stats related to your performance. Getting picks will make your score higher while getting picked off will reduce your overall score.

With these stats in mind, you can see how good you are at getting picks on the enemy team.

In almost all cases, the Support is the squishiest champion in the game if they’re playing a utility champion like Nami or Lulu. As they are so squishy, it means that they are very easy to kill.

Look to ambush and take down the enemy Support whenever they are away from their ADC. In lower ELO, Supports will often leave their ADC to go to ward alone. You could look to ambush them as they go to do this.

A good time to set up a tent is when a major objective is spawning, such as the Baron or Dragon. Picking them off will mean that you will have the numbers advantage to either take the objective or win a 4v5 fight. Additionally, the enemy ADC will be without their support, making it easier for you to kill them. 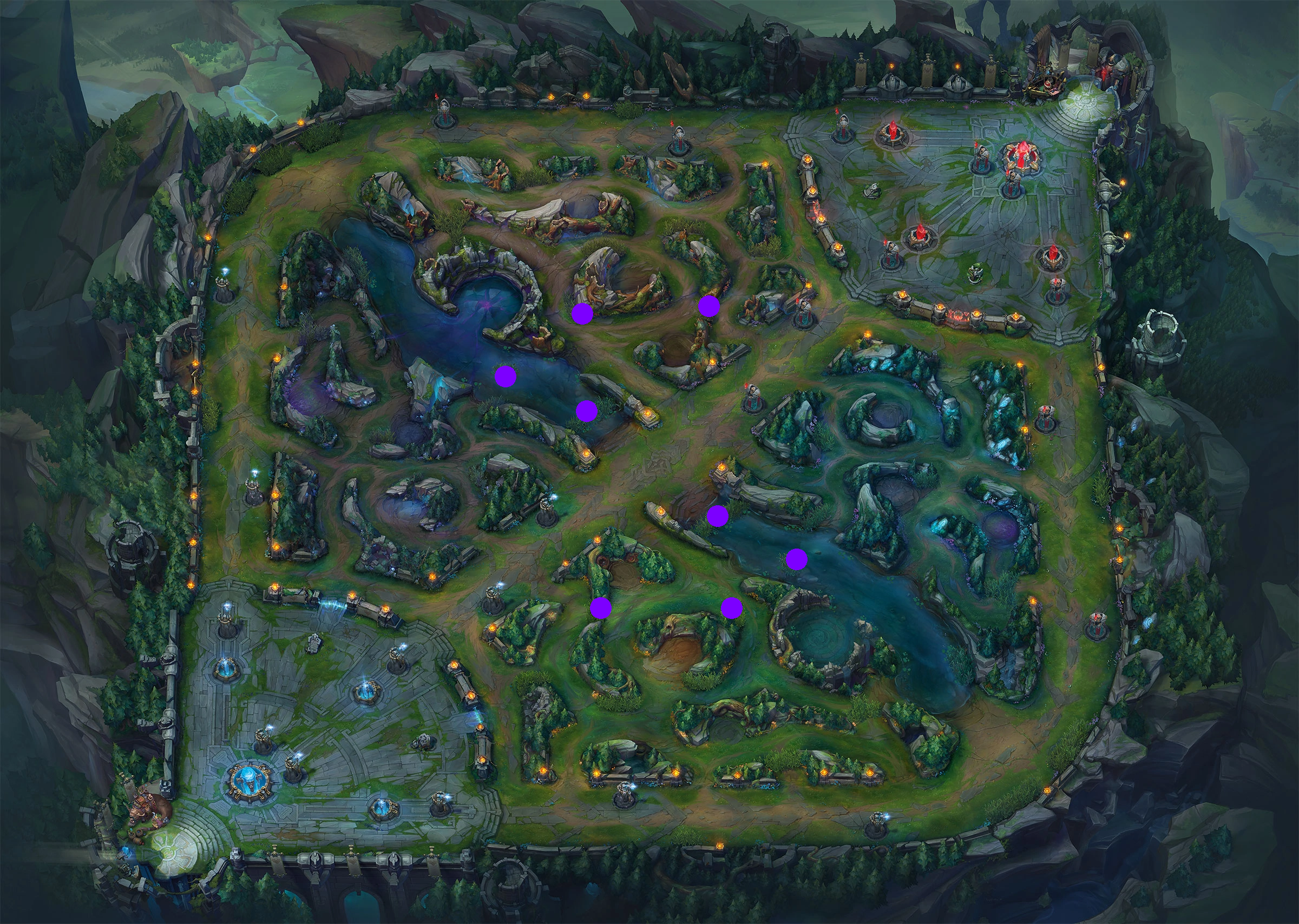 Here are some good locations where you can try to kill the enemy Support as they try to ward. Other areas you can set up an ambush are parts of the map frequently visited by the enemy, such as high traffic bushes and jungle entrances.

Going for picks like this is easier on champions with burst like Evelynn or Zed as they can get in and out quickly.

To increase your chances of killing a target, you need to deal as much damage possible in the least amount of time. One way you can master this is by knowing the best combos for your champion.

Head over to our champion page section on the Mobalytics site, look at your favourite champion and read through their combos one by one. Try to practice them in the practice tool, and then try and incorporate them into daily gameplay. Once you master each of their combos, you will naturally find yourself winning trades with the enemy as you’re using your abilities in the best possible way.

Here’s a separate guide on how to practice combos in League of Legends.

If Baron is up, then getting a pick on the enemy Jungler becomes a top priority. If you can secure the pick on them, it can lead to an easy baron. It is not just the taking down the Jungler that can result in an easy Baron though. Taking out any target can allow you to secure objectives with the numbers advantage.

For instance, taking down the enemy who has lots of wave clear will make it easier to destroy their tower. Taking down the Support leaves the ADC vulnerable; taking down the Jungler gives you the Smite advantage. All in all, there are a lot of benefits to killing off one enemy champion. 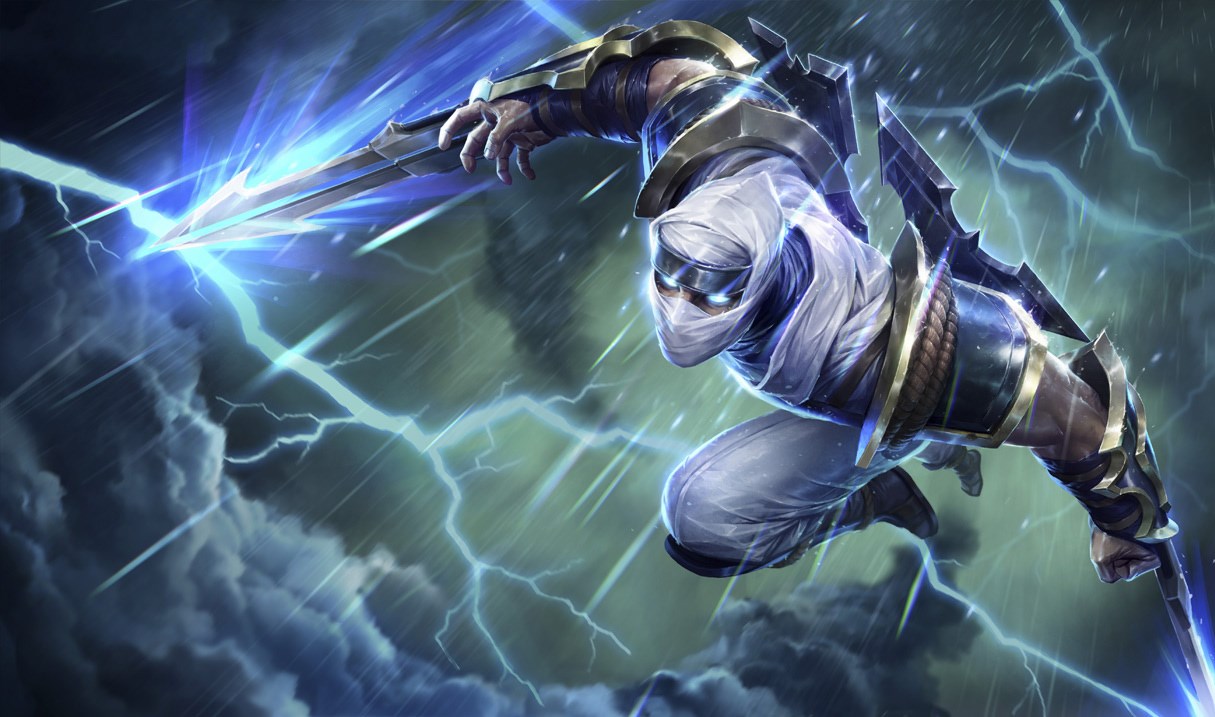 However, try to avoid committing to making a pick on the enemy tank unless they are 100% alone and far from reinforcements. The reason is if your pick attempt takes too long, it can turn into a full 5v5 team fight where your team blew a lot of cooldowns on the tank right at the beginning.

How to not get picked off

We’ve discussed a few tips on how to increase your pick potential. Let’s discuss some ways you can avoid getting picked off. The two go hand-in-hand, and if you get picked off, you’re going to lose objectives. If you get caught out over and over again, you will fall behind a lot too.

In the later parts of the game, you should not ward major objectives alone if you do not know where the enemy is. If you die, the enemy may force a fight or secure the objective for free. It is better to wait for your team to help you ward as there is security in numbers. There is no point in warding if you are going to risk your life and die for it.

You can communicate via pings or talk in the chat and ask your team to help you ward. If your allies are not nearby or if they are refusing to help you, you should delay placing wards until you know where the enemy team is. For instance, if they show in the mid-lane, you could try to sneak in a ward in the Baron pit.

Check out the best in-depth warding guide for all your warding needs. It will break down how to ward safely and where you should ward when trying to set up for the Baron or the Dragon.

5) Watch the map at all times

Watching the map is very important. If you don’t watch the map, you may never see that you’re walking into a trap. If you know where the whole of the enemy team is, you will be able to make plays, avoid dying and secure objectives knowing that they cannot kill you or stop you in your tracks.

If you’re struggling to read the map or find yourself getting caught out often, give this guide a read. It will break down some tips and tricks on how to improve your map awareness in League of Legends.

6) Group in the mid and late game

Champions such as Evelynn, Kha’Zix and Rengar benefit from players playing alone. To directly counter them, group as a team.

If you’re away from your team, you’re an easy target for anyone. Prevent deaths and prevent your team from fighting 4v4 or 4v5 by grouping with them and staying as a team in the later parts of the game.

Getting picks in League of Legends is relatively easy if you watch the map and play to your strengths. You can avoid getting picked off by playing safer and watching the map too. We hope the tips in this guide will give you some insight on what to look out for when it comes to fighting in League of Legends.