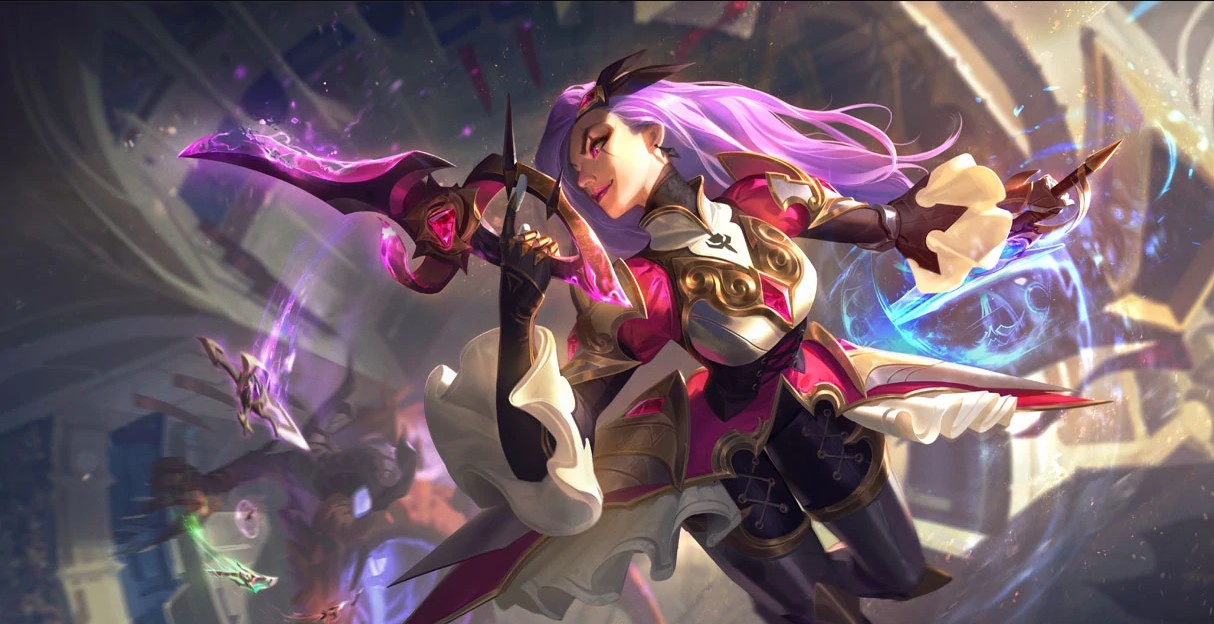 How to Learn and Practice League of Legends Combos

How to Learn and Practice League of Legends Combos

Learning and understanding a champion’s fundamentals is one way of becoming a better player and climbing the ranked ladder. By learning optimal ability combos for your favourite champion, you will be able to deal lots of damage to the enemy quickly and safely. You will also learn new tips and ability interactions that you may not have realised without seeing it in action.

This is a featured combo for Neeko.

In this Mobalytics guide, we will break down how you can go about learning new combos for your favorite champions in League of Legends. We’ve just launched our new combos section on our champion pages, and we’ve got tons of combos for you to have a look at.

We will use Neeko as our example of how you’d learn combos as she is one of my favorite champions in the game. However, the same methods apply to every champion.

For transparency, everyone will have access to all available Champion Combo recommendations. However, if you’re a Plus user, you’ll be able to watch videos that show them in action (free users get one free featured combo!).

What is a League of Legends combo?

Before we get started, let’s define what a combo is for newer players.

In League of Legends, a combo is a set of auto-attacks, summoner spells, item actives, and/or abilities used in a particular sequence.

There are a large variety of different combos you can with different applications. For example, some are great for creating engage opportunities while others maximize your damage potential.

Some are simple with just two skills, and others can consist of 10 different combinations in a row. Each combo has varying levels of difficulty depending on the champion and their kit.

How to learn new combos

First off, head over to the champion page section of Mobalytics and pick your champion. Then head over to the Combos tab to be greeted with a plethora of different combos of varying skills.

Head over to the combo section and filter the difficulties. Start with the easier ones first!

Take a look at each combo individually and work through the difficulty levels: starting with the easy combos and then moving from there.

I think it’s better to master the easy ones first and then move on to the harder ones once you’re more experienced.

If you have Plus, watch the combo video in action and read the “Execution” description which will tell you how to do the combo correctly and what (if any) abilities you can buffer. A

After that, read the additional “notes” as they can be helpful too for understanding when and why to use each combo. 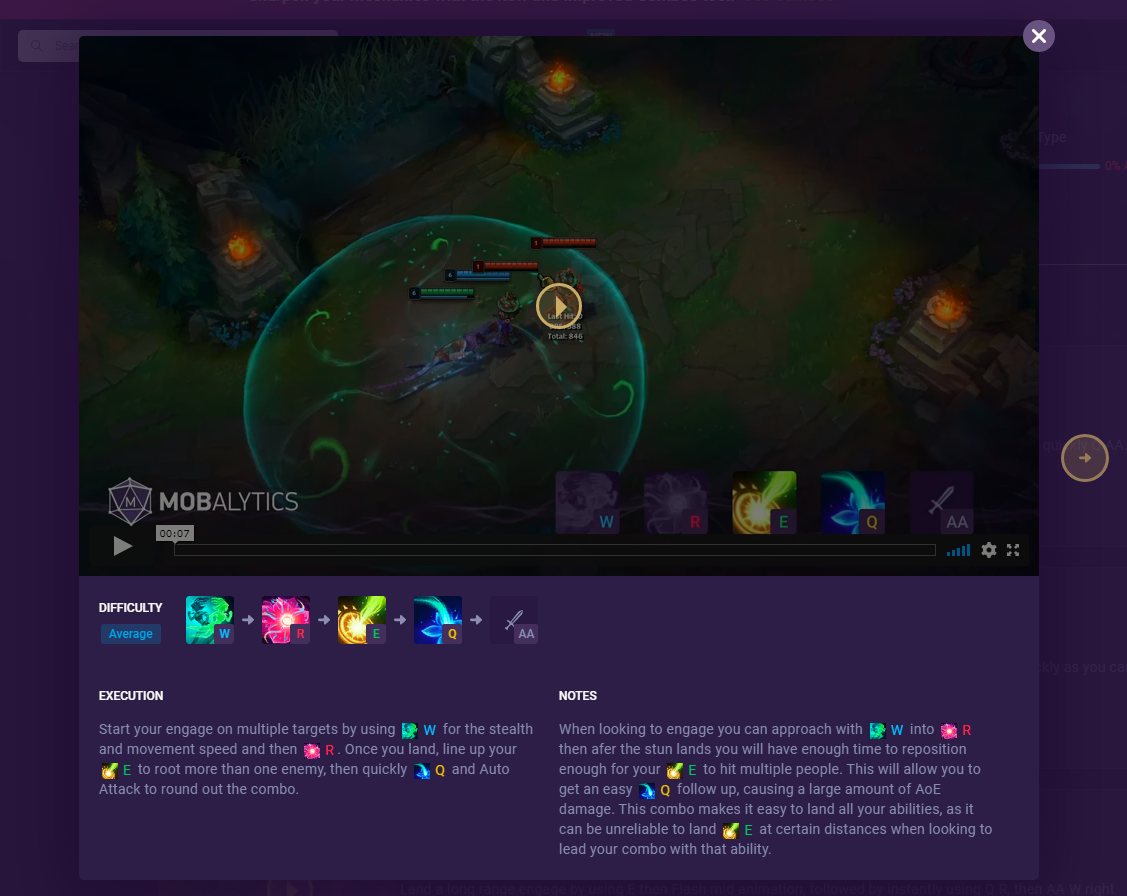 Watch the video a few times, read the tooltips and move on from there.

After you’ve watched the video a few times, you should try to practice it for yourself!

We advise against trying a new Combo during a ranked match, especially if it’s a difficult one.

Instead, try it out during a Normal match or better yet, in the Practice Tool!

How to use the League of Legends Practice Tool

The Practice Tool can help you set up a wide variety of scenarios for your champion so be sure to experiment! Let’s cover an example for practicing with Neeko.

First off, you should look to spawn a dummy enemy. This will be your target for most of the combos.

However, some combos on our site are not designed to be a fighting combo; for example, they might be a farming or pushing combo. 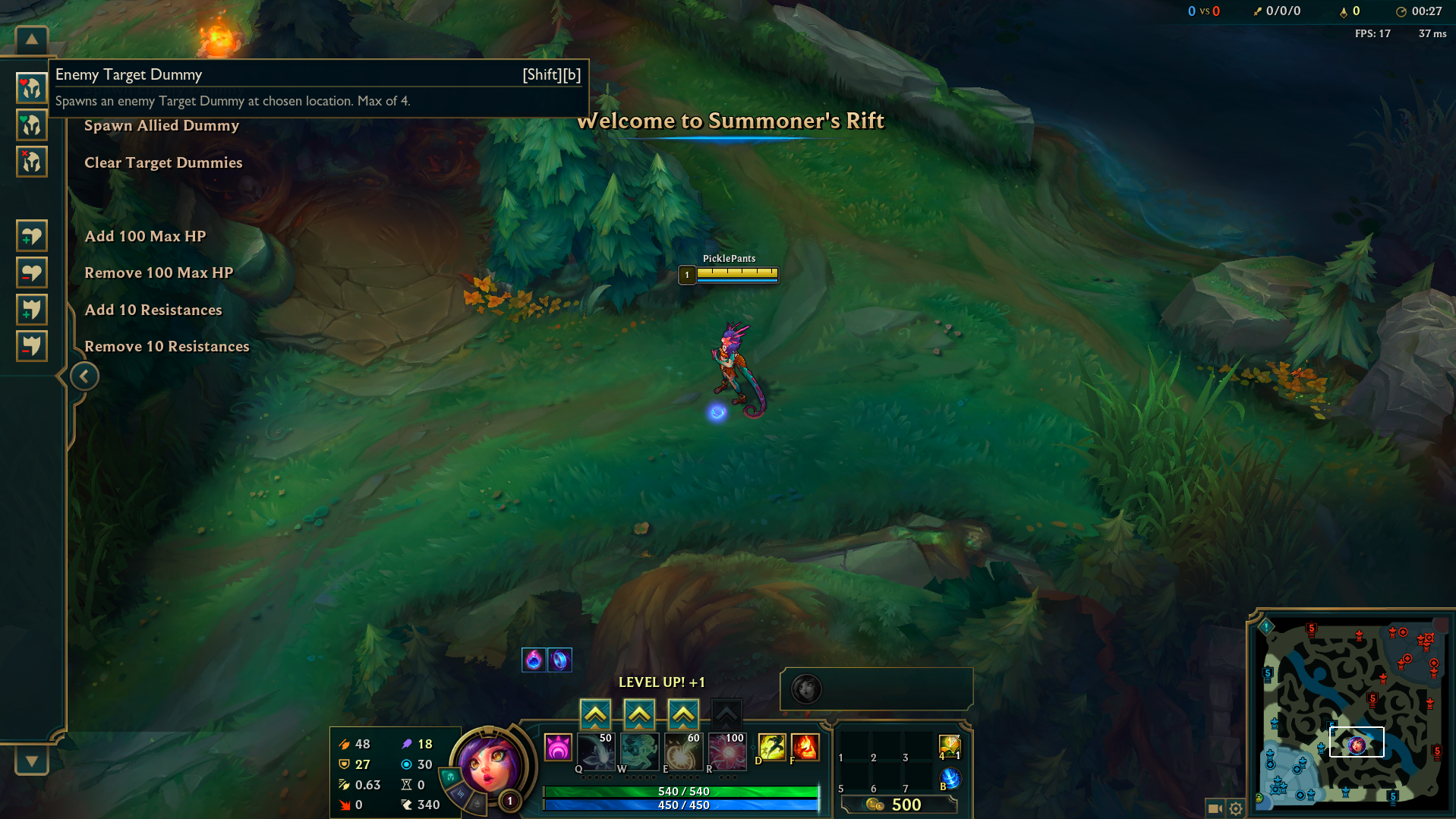 To make practicing these combos more effective, you could activate the auto-refresh mana/energy toggle, so you don’t have to rely on your mana bar.

You could also use auto-refresh cooldowns, but you have to be careful as it is easy to get used to them being up more often then they are in an actual game. But, you could toggle it after you’ve completed a combo to try again (Shift X). 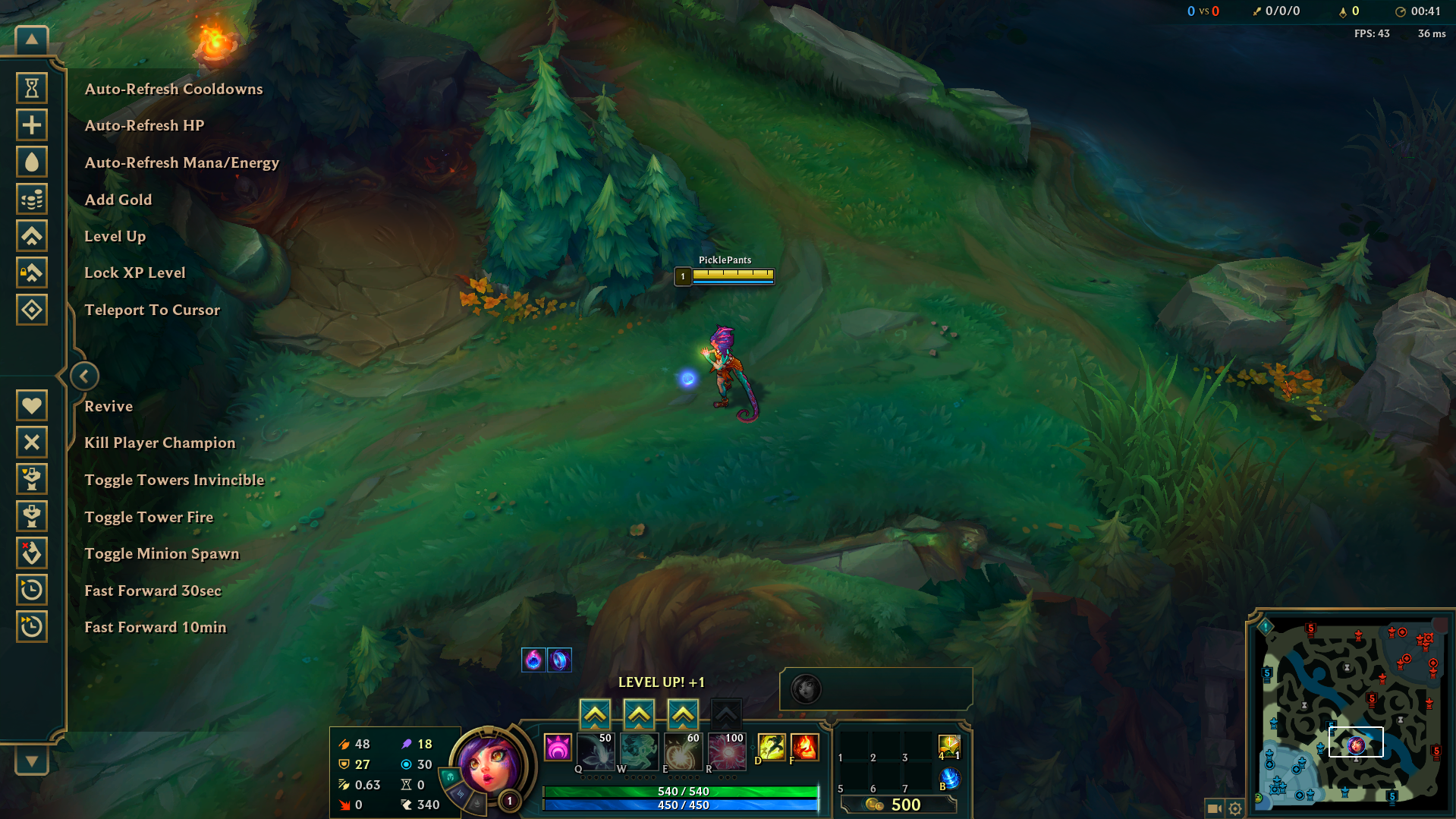 As an added benefit, you can give yourself free gold and items so you know how much damage you would do at a specific level/item. It will also help you with item combos.

Start off slow and don’t give up! You do not need to perfect the combo straight away or do it really quickly- practice makes perfect and you need to do a lot of practice for some of the more challenging combos we have on the site.

Focus on executing this combo against the enemy over and over again from a variety of different angles. Once you’ve done it a few times, you should move on to another combo.

You do not need to go quick and learn them all at once. You can do a few combos here and there and move on only when you’re comfortable.

Once you’re comfortable enough with a combo that you can do it consistently and without thinking about it, you can try to execute it in ranked.

If you struggle to remember how to execute a combo, it wouldn’t be a bad idea to write the combo down and put it somewhere near your monitor so you remember the correct pattern.

If you have two monitors, you could always put it on the second monitor while you play.

As long as you practice it and try your hardest to execute it properly, after some time the combo(s) will become second nature and you’ll be able to execute it flawlessly over and over again.

Here are some tips and tricks to make learning and executing combos successfully in an actual game:

We hope this guide assists you in practicing and learning new combos in League of Legends. What do you think about our new champion pages and combo section? We’d love to hear your feedback.