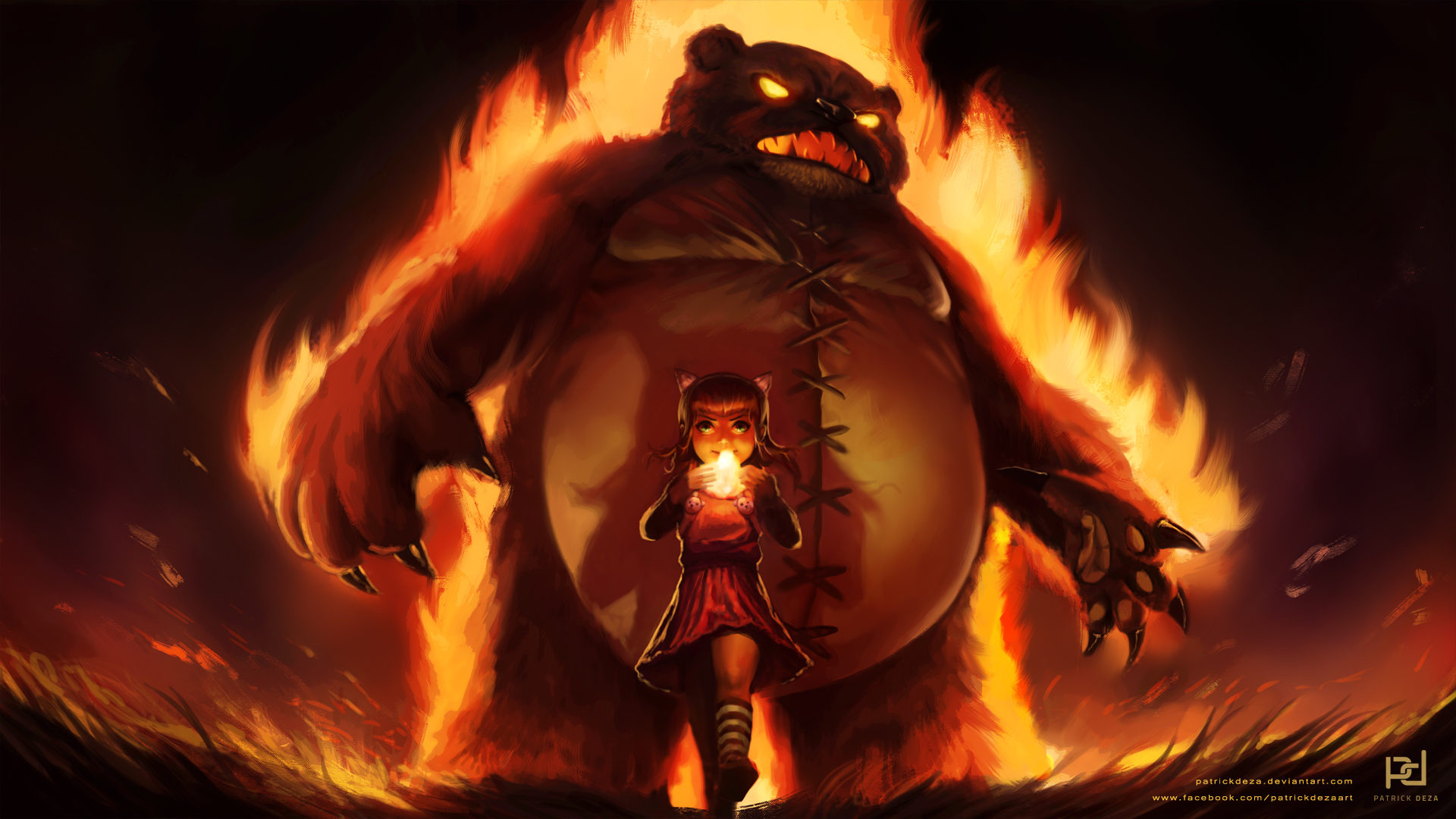 Update: Since this article was written circa Patch 6.20,  some of the specific item stats may now be out-of-date due to buffs and nerfs. Focus on the core power-spike fundamentals we teach you, they will always be relevant.

If you understand power spikes for the champions you commonly face in your lane or role, you’re more likely to choose fights at the right time come out on top.

A power spike is a point in time or a stage of progression whereby a champ has exceptional strength relative to other champs in a game. If you watch pro-level play, you may have noticed that teams regularly play around both individual and team composition power spikes to either gain an edge, or deny the enemy an edge.

You probably know different champs have their strengths and weaknesses based on their toolkit, but even if your champion is a good counter to your matchup, your opponent may have power spike that negates that counter. Building up your pool of power spike knowledge is what this article is all about.

Learning power spikes in LoL is a good example of how it’s good to balance time spent playing vs. time spent studying the game. It could take you many hours of play facing individual champions over and over until you finally get a feel for their power spikes – but taking a few moments by looking them up in a spreadsheet and other sources (which we’ll link to later) means you can learn them much more quickly.

Broadly speaking, there are five different types of power spikes to learn in League of Legends .

Let’s look at each one individually

Level 2 power spikes
Good examples of the L2 powerspikes are champions that unlock crowd control abilities at level 2 such as Thresh, Blitzcrank, or Leona. Leona was picked during the semi-finals of the 2016 MSI Invitational. The early game plan was to take advantage of the level 2 power spike Leona brought to the table with her Q and E combo; a gap-close and stun which, when backed up by an ADC makes the perfect example for the level 2 power spike. It’s worth noting that champions from other roles such as Lucian also have powerful level 2 power spikes that unlock lots of burst damage. So much so in this case, that many memes were made after it got picked up my League streamer, imaqtpie. Here’s an amazing example of this power spike in action.

Level 6 power spikes
A power spike that’s easy for newer players to focus on is the level 6 power spike when unlocking ultimates. For example, if you’re playing against an Amumu jungle, make extra effort to watch your map – you can bet he’ll be racing to level 6 before come out of nowhere with an epic gap close and AoE stun. Another go-to example is Annie who, the second she hits level 6, will be dropping an enormous bear on you and, if you get CC’ed, you’ll be back at the Nexus before you know it.

Level scaling in general
It’s worth noting that some champions scale mainly with levels (meaning they’ll always be dangerous, especially around the power spikes) whereas some champion scale well with items. The two levels mentioned above are the main ones for new players to learn. But many champs have spiked at 9,11,13,16 and 18. Other champions, typically AD carries for example, are more item-dependent. That means if they’re zoned out of farm and fall behind, they’re less of a threat than they would be if they get a strong start, which brings us onto the next type…

A great example of a pivotal item power spike is the BF Sword. Typically picked up by AD carries, this item gives +40 attack damage which makes a huge difference early game.

There’s a lot to focus on during the laning phase. But, by developing the habit of pressing Tab and glancing at your enemy’s items, noticing this early pick-up might see you play more carefully. If you have low HP but don’t want to back,  think twice before risking an auto attack to last hit a cannon minion. Other power spike items worth looking for with a quick Tab check include:

So what about later game power spikes? Other examples of item powerspikes to watch for include:

We made this graphic with more detail to save you clicking around the wiki.

Items which scale over time or with stacks can provide powerful spikes. Some are invest now, reap rewards later, such as Rod of Ages, which scales according to time. It’s weak at first compared to other items you could buy now but will have greater power in the long run if the match goes into late game. Other items are high risk, high reward, such as Mejai’s Soulstealer(see below). You gamble for stacks and stats in exchange for you racking up kills and assists without dying.

Here’s a more detailed overview of these item examples. If you’re playing a game and you see a Dead Man’s Plate, you may recalculate your escape distance if there is a carry charging around with this item. Likewise with the Zeke’s Harbinger, you may think twice before taking on an ADC and support duo if you noticed this item picked up earlier in the game.

Some champions (typically ones that are more technical in nature) have more abilities in their kits. Their increased utility and versatility means they early power spikes than other champions. Good examples of these include Lee Sin, Jayce, and Nidalee, so if you find yourself slightly out of position in favor of such champions early on, remember they have an edge in this regard.

Champions the don’t use mana also represent another type of power spike, good examples for which might be Kennen, Riven and Renekton. Because they don’t have mana, they can out-sustain mana-suing champs in lane, giving them more bullying potential, especially as they gain levels and unlock more abilities. Unless your hero is a hard counter or they’re regularly way out of position, it’s often best to play conservatively against such champs.

Last but not least, are game phase power spikes. Some champions have very strong early games, mid games, or late games due to their kit characteristics.

Blitzcrank is at his most powerful in the early game. The threat of his hook creates a terrifying presence in lane phase – if it lands, you’re likely dead. But as the game progresses and there’s more vision around the map and you’re more grouped with your team, the Blitz will have a much harder time making a pick.

A good example of a mid-game spiking champion is the ever-scary assassin Zed. Although he’s a difficult champion to deal with when played well, his real peak is around the mid-game. That means, if your team goes into the late game, his main power spike will have passed and you can stop crapping yourself whenever you’re not near the safety of your team.

An example of a late game power spike is Jinx, one of the latest-game ADCs on the Rift. Even if you have a mediocre early and mid-game with Jinx, because her damage scales so well with items and levels, you can seriously start coming back towards the late game.

That’s important to know – even if you’re playing from the back foot much of the game, you can take comfort in the fact that you have a late-game game power spike coming up, so if you keep playing tight and minimizing your losses, you can take advantage of it and have a good chance of coming back.

A good exercise for this is to make a spreadsheet and take notes on the 15 champions you most commonly face in your lane. There’s an amazing resource to pull power spike information from here, Thanks to/u/karuaan in /r/summonerschool. If you read this and check out quick guides on YouTube for your opposition, you can start building up your power spike knowledge. By now, you’re probably taking the time to watch your own replays in League, so use the the journal spreadsheet template we linked to as a starting point.

Another good exercise if you watch professional-level games is to take the things you’re learning about power spikes and then see if you can spot professional players taking advantage of them in pro games. Analysts often point out situations like when a team composition has lots of level 6 power spike champions that the their opponents will tread carefully around at this stage of the game. But look out for the ones that aren’t announced by the casters and it will help this information sink in.

[Image credit thanks to PatrickDeza of DeviantArt]