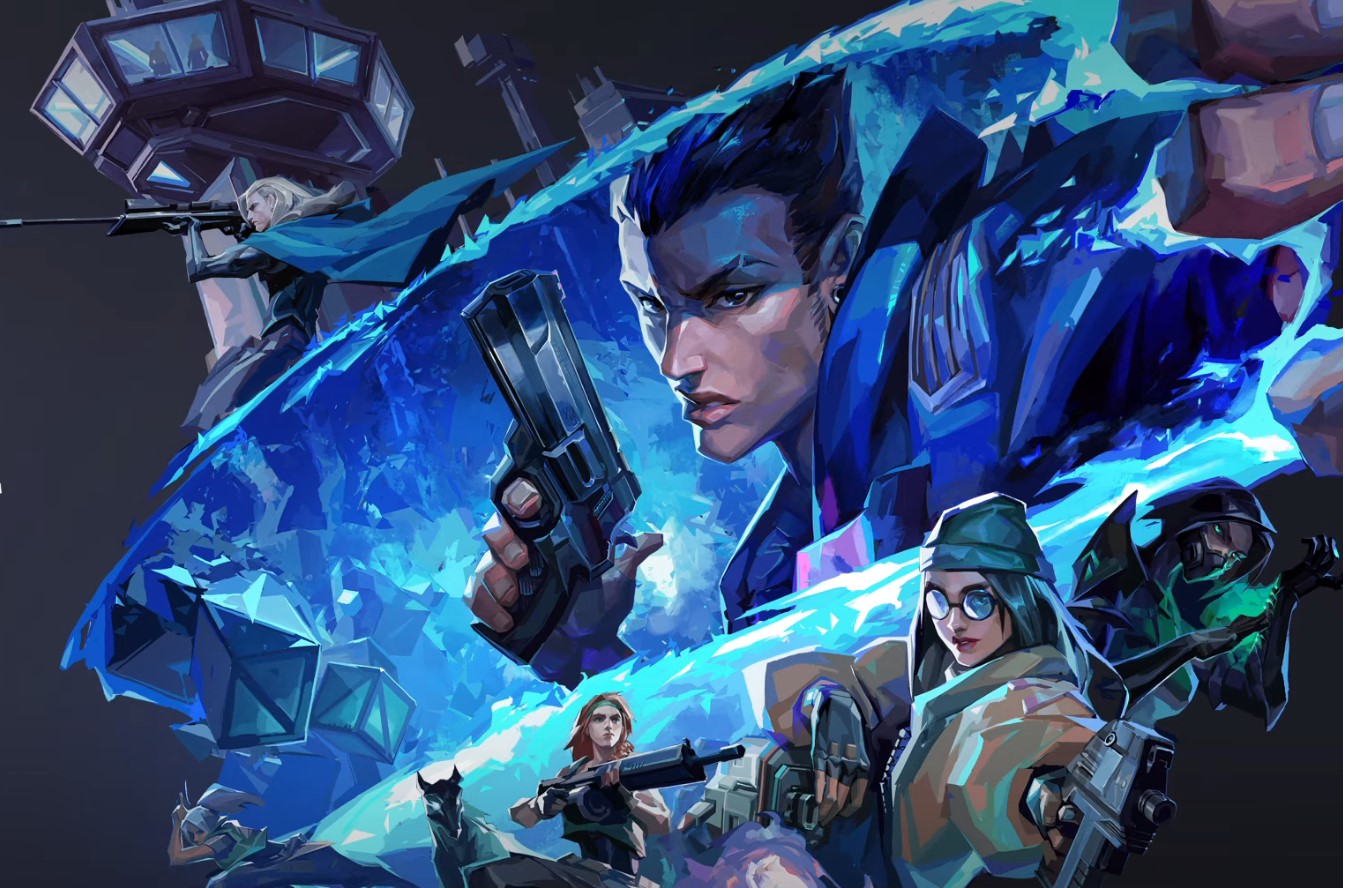 Once again, the community tricked Riot and especially the Valorant developer team by already leaking every single detail about the next Battlepass and the newest upcoming agent, Yoru, in particular! 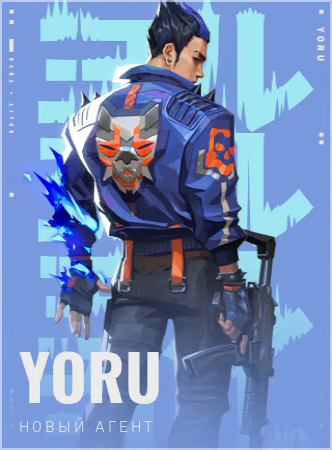 “Japanese native “Yoru” is able to create gaps in reality itself, so that he can sneak into enemy territory unnoticed. Strength and stealth allow him to take enemies by surprise – they will not even have time to understand where death came from.” – in-game agent description.

In addition to Yoru, the complete content of the next Battlepass was leaked, too. Besides very neat-looking weapon skins there are also the usual share of Radianite points, graffitis, and other interesting treats.

Technically, Episode 2 Act 1 was only set to start on the 12th January 2021. But, in the past different leaks regarding previous Valorant content already proved to be able to mess with Riot’s foreseen release schedule. So, maybe we will see the big update a lot sooner.

As soon as he’s out, we’ll update our site with his agent page and add him to our Valorant agent tier list.

At this point, I want to give a shout out to the YouTuber, БАЧОК. All the photographic and video material included in this article stem from his discovery, so all credit towards him!

How exactly he managed to get his hands on it is still unknown but the amount and quality of the leaked data suggests that this is indeed actual content. 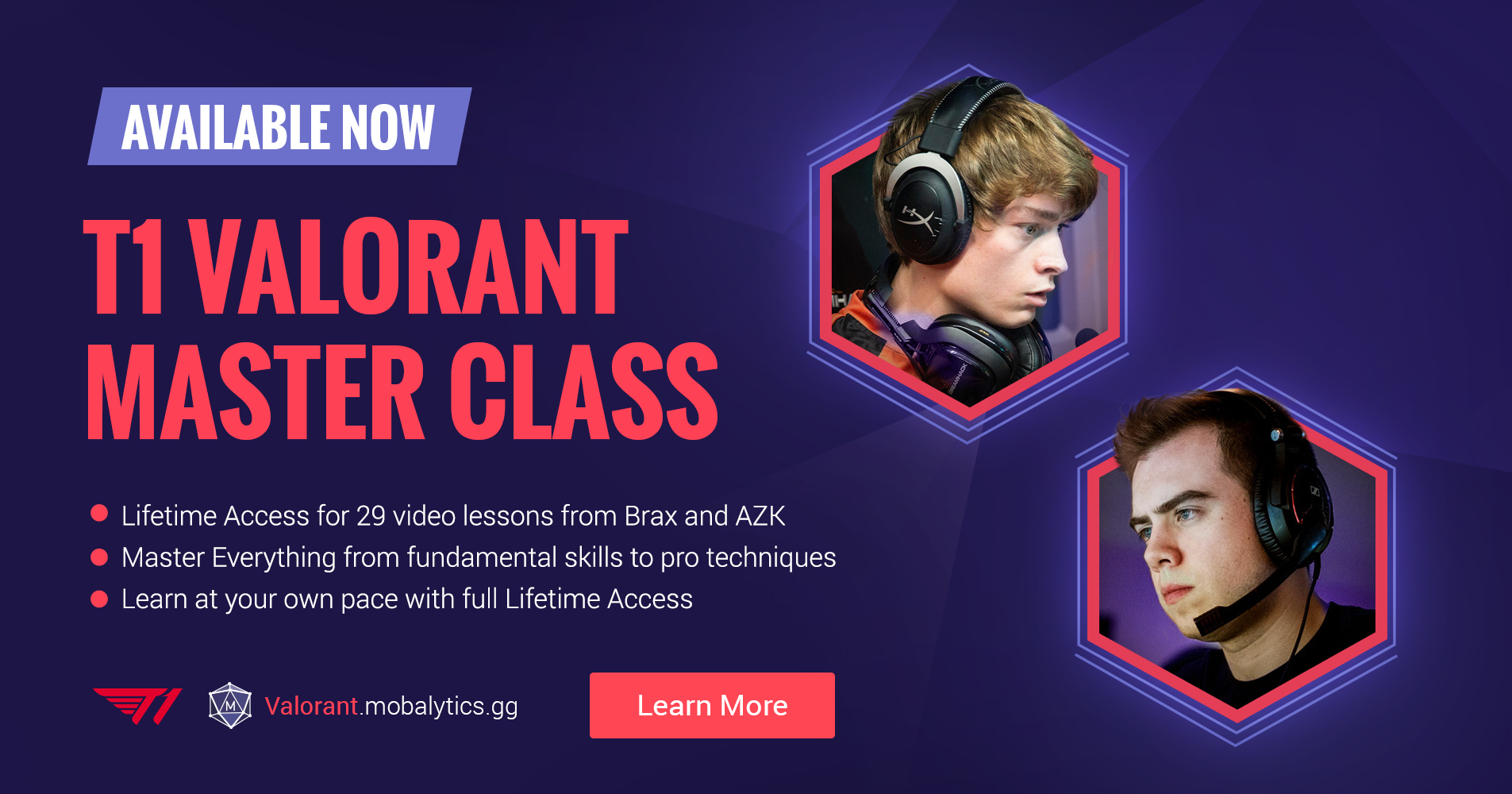 In the video below, you can see a quick look at all of Yoru’s abilities. After that, we’ll cover each one individually and explain how we believe they work based on the footage.

Yoru’s first ability, Bait, is able to simulate footsteps in a selected location and at all times. Although the sound of those footsteps are noticeably different from normal steps caused by another player, it definitely should cause a slight distraction for a moment.

Additionally, portal sounds still sound the same regardless of whether they are caused by an actual player or by the Bait ability.

And there is one more gimmick: Yoru’s Bait ability works just like Cypher’s Cybertrap or Killjoy’s Nanoswarm.

You can place the bait at one point in the round and can activate it whenever you want to.

Yoru’s second ability, Stun, basically is a flash like Phoenix, Breach and Skye have in their ability set.

The main difference in Yoru’s flash is the condition that it has to hit or bounce off of some kind of surface to be able to explode afterward.

If you don’t hit anything with your flash it simply fades away in the distance and doesn’t do any harm.

That circumstance probably makes it one of the flashes more difficult to handle in the game.

Yoru’s Signature ability is Uninvited Guest which literally can make him a surprise factor in certain situations.

You have two options: Either you are binding a portal to come back to at a fixed location on the map or you are sending the portal on a trip.

Either way, now you have the option to return to that portal whenever you want, per teleport of course.

Uninvited Guest has a time window running out in which you can return to your portal.

However, the duration of that time window is pretty long and therefore shouldn’t be a problem for most plays you want to try with it.

The Spatial Drift selects a mask that allows Yoru to look through the dimensions and move invisible from and invulnerable to everyone else.
In plain language: You can move a certain amount of time completely invisible and invulnerable and also leave that state at any time.

In contrast to Reyna’s Ultimate, you don’t need anything but Ult points to activate this ability. And as a bonus, the duration of Yoru’s Ult is also a lot longer.

So, is Yoru any good?

To answer that question in advance: Definitely, yes! But, are you right to call him overpowered already? I don’t think so.

His ability kit is truly strong and has huge outplay potential. He differentiates himself from all other currently existing duelists by playing a whole different role in the game.

Yoru is probably going to be more of a lurking and back-stabbing duelist than a leading-the-charge type of agent. His ability set simply works better for joker plays and round-winning scenes rather than for consistently getting entry frags.

He also is highly skill-dependent and will not be easy to play in the beginning. You need a solid feeling for timing with his invisibility and teleport to really benefit from him and his other abilities are very useful but still situational and hard to master. 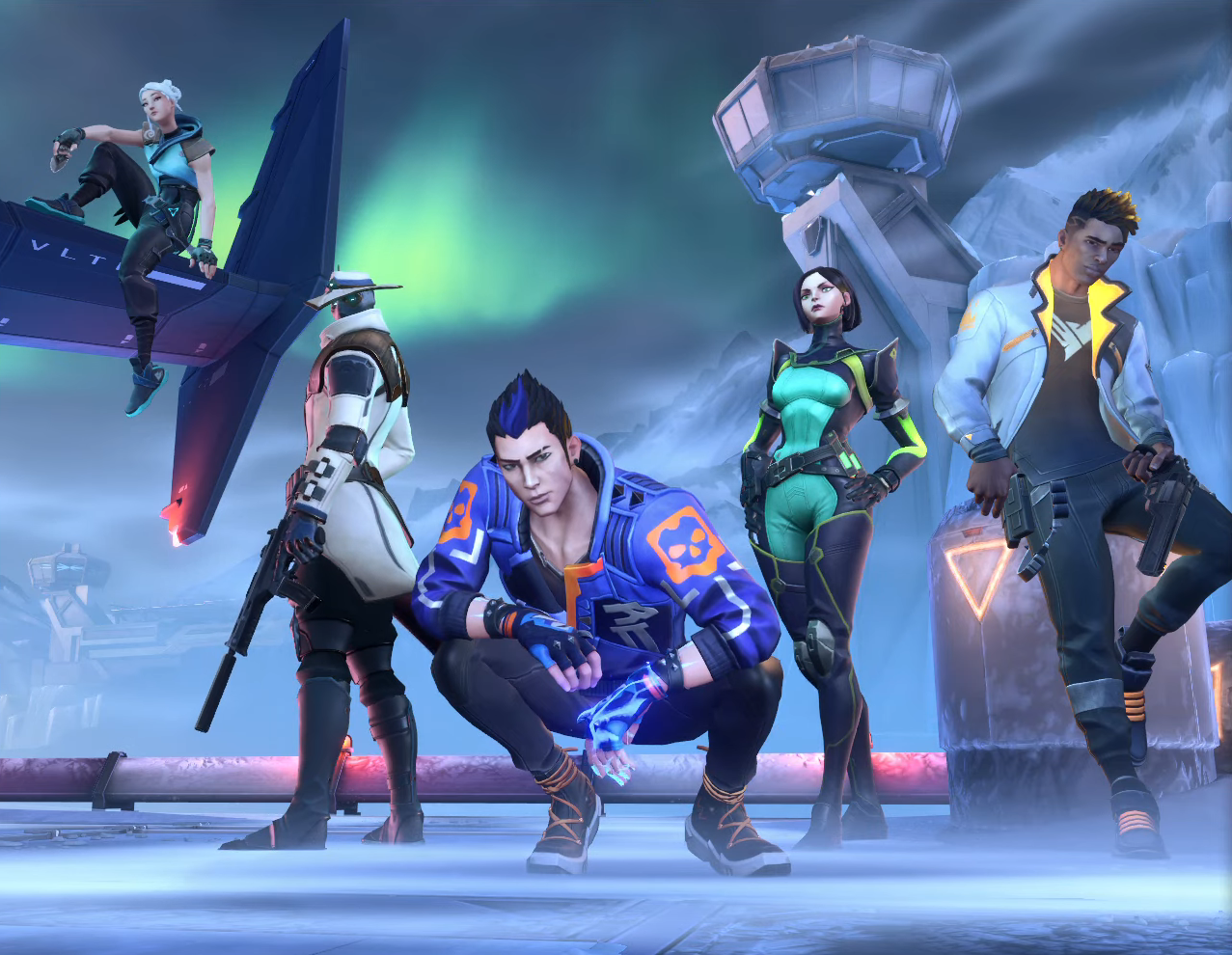 High-skilled opponents will quickly get how the agent works and therefore will carefully look out for the very unique sounds Yoru’s abilities make.

Yoru can turn invisible and invulnerable with his Ultimate, but isn’t that kind of similar to Reyna? And didn’t the community quickly figure out how to properly handle Reyna as an opponent?

It surely is going to need some getting used to but I think Yoru fits right into the meta with his skillset and is neither overpowered nor useless in the long run. And working out long-term is what Riot is aiming for in every one of their agents.

For competitive play, a Sentinel like Cypher or Killjoy is pretty much a must-pick. The same applies to a Smoker like Omen and a complementary Supporter like Breach.

Next to these 3 slots, you usually run Sova and a Duelist. For that, Jett and Raze are optimal but not your only option, of course.

But if you want to implement Yoru into your lineup, Sova’s or the previous Duelist’s slot would be needed.

At this point, you have to weigh up if playing Yoru is as important to you as the information you get with Sova or if you want to work without a second duelist.

Here are two different lineups that would make sense to combine with Yoru:

This comp uses two Duelists, one entrys, the other one lurks. However, you’ll have less information due to the lack of Sova.

Two Initiators, one mainly gets information, the other one supports teammates. It has no pure entry agent, so other agents would have to take on that job.

Once more, a new agent was leaked days, almost weeks before the planned release.

Although Riot and first and foremost the Valorant developers probably aren’t that amused by this repeating pattern, the community usually enjoys and is looking forward to every smallest information leaked to us.

Yoru seems like a perfect fit for the current state of Valorant and also looks pretty cool (which is always an important aspect to keep in mind for our fellow cosplayers and character development enthusiasts).

Let me know what you think about the constant leaks coming through to us, the community, and comment down below if you find Yoru too overpowered or maybe even too weak.