Everything You Need to Know About Post-Nerf Chamber (VALORANT Patch 5.12)

Whether you loved him or hated him, Chamber is a very different agent now.

We are going to go through how to play with and against Chamber in his post-nerf state as well as where we think Chamber will be played in high level and professional play moving forward.

For more tips and tricks, head to our Chamber guide page with lineups and more.

How to Play Post-Nerf Chamber

Chamber will still definitely have a place in the meta due to him being the premier Operator agent and his ability to take early aggression. Setting up on high ground will also take a little bit of finagling to get up on to high ground, and getting the teleporter into a safe spot.

Set ups will have to be much more deliberate in using the limited space available for Rendezvous and Trademark. The distance changes will allow Chamber to take an even more forward position early into rounds.

The Trademark distance range is 40 meters, and forces you to place Trademark in an adjacent lane. Getting a feel for the range changes of both the teleport and Trademark is very important for playing this version of Chamber. When coming up with your own set ups ask yourself these few things:

Here are some example setups that offer good coverage with the new ranges. 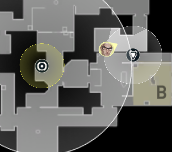 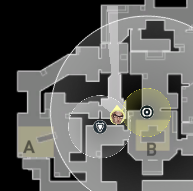 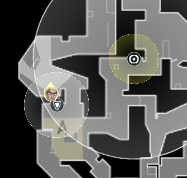 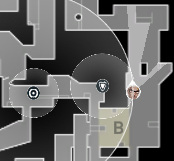 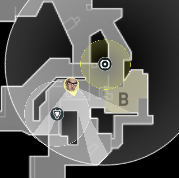 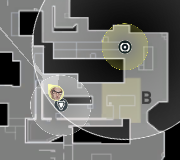 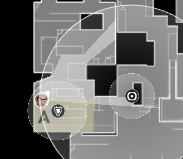 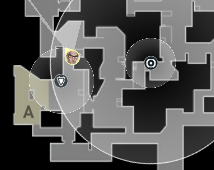 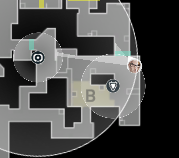 When on offense, Chamber will have a little more flexibility of being able to lurk further or to go through a choke point with the safety of a teleporter. This is something that should definitely be taken advantage of moving forward.

When placing Rendezvous on offense, utilize overlapping geometry of sites and safe points such that Rendezvous’ range will overlap where contact will most likely be made. Here are two examples of doing this: 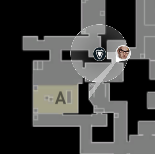 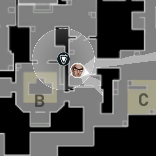 The other important aspect of playing the new Chamber will be relying more so on teammate support. This is because he cannot teleport as far away from his initial contact point that teams can attempt to run him down at his new location.

Teammate support will be required to prevent this from happening through the use of Brim, Phoenix, and Viper molly, grenades, Sage slows, Fade Seize, or flashes to slow or halt attackers who try to quickly advance on a Chamber in his new location.

Like before, teammate support will still be very important in destroying utility that would give away Chamber’s location and/or force him to utilize his teleport and give up his position.

How to Counter Post-Nerf Chamber

Chamber will still be a difficult agent to play against due to his ability to play off angles safely due to his teleport. Being wary of Chamber taking aggressive fights will still be necessary.

Initiator utility will be the best way to do this, and to force Chamber to teleport early in the round. If he does teleport, know that he must be in a position quite close to where he was last seen. More utility can be dumped into the limited locations that he can be, allowing your team to overwhelm him. 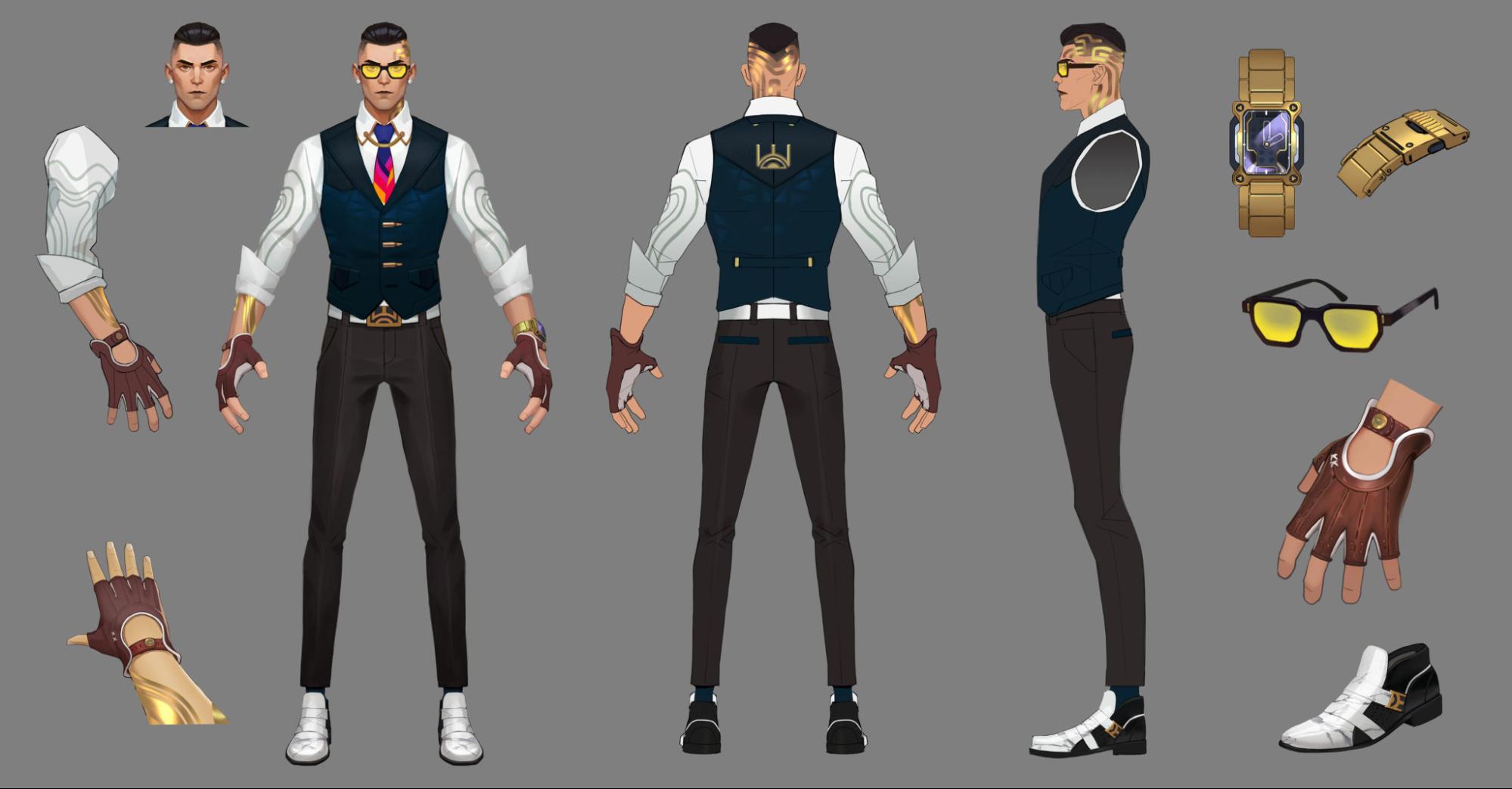 Trademark’s range will be a big factor in how to play against Chamber moving forward. If Chamber is seen, then players on the other side of the map should recognize they are in a better position to lurk, as Trademark cannot be there or active to spot out their position.

On the flipside, if Trademark is seen, then Chamber’s position can be deduced, and avoided if he has money to purchase an Operator. For example on Haven, if a Trademark is seen in Garage, a team then can conclude that Chamber can only be on B or C site, meaning that A is a good area to rotate to for an execute.

Playing against the new Tour De Force and Headhunter will be easier as well. If Chamber misses a shot with Tour De Force he can actually be peeked again due to the slower fire rate. If Chamber misses, take advantage of it, and take the ground he was holding. As for Headhunter, it will be weaker in close-mid range as he is unable to body shot spam. On pistol rounds take advantage of the minimal movement error of pistols and force Chamber to try to body shot spam you. Taking longer range fights against Headhunter will play the same, and will continue to be a very bad idea on pistol rounds.

Which Maps Will Chamber be Picked Less on?

This is probably a good time to announce the news that the maps that will be in rotation starting in 2023 will be Ascent, Haven, Pearl, Fracture, Icebox, Split, and a new map.

Breeze and Bind will be out of rotation. Chamber will take a bigger hit on larger maps, and will have to be much more deliberate with his setups on all maps.

Jett started becoming more of a mainstay on this map instead of Chamber starting last Champions, and that trend will most likely continue.

Chamber will still have strength as the walls in A and B main overlap with part of site, allowing Chamber to get aggressive A and B main, then safely teleport back to site. If playing A he can trap Tree, and if playing B he can trap Market.

Killjoy and Jett will continue to move into Chamber’s pick rate on Ascent as they were already starting to do so.

This is a very popular Chamber map. The main hit Chamber will take is not being able to watch A Lobby from Long while having a trap mid. Chamber will now only be able to hold mid with a trap while watching A Lobby with an Operator from A Short.

Chamber most likely will take a sizable hit to pick rate on this map because of his changes. Cypher and Killjoy have very low pick rates on this map, as they do not play particularly well on it. Chamber may be replaced by another controller or initiator in team compositions moving forward.

Yet another 90+% pick rate map for Chamber. A large part of Chamber’s power on defense is being able to set up his 2nd Anchor in mid for fast rotations and/or safe teleports.

Chamber will still be able to hold one end of the site with a trap and the other end of a site with his Rendezvous such as Rendezvous A Main and Trademark near Dish.

The issue is that if the trap is broken, Chamber has no way to know if his teleport will be in a safe place if a team coordinates a well timed crunch. The range restrictions will hurt Chamber immensely on this map, and a decrease in pick rate will be anticipated. He will be picked less, but definitely will still be picked on this map as Neon and Raze are definitely better than Jett on this map, making Chamber the most suitable Operator user for Fracture.

Killjoy can see an uptick in play here due to a change in interaction with Breach’s Aftershock (more details on that later). Sage is a niche pick that finds some value on this map that could benefit from Chamber’s nerf. A second controller such as Viper or even Harbor can even be an option some teams opt for.

The composition that FNATIC uses is Chamber, Sage, Killjoy, Viper and Sova which they have a 10-1 record on in 2022. This composition will most likely continue to be strong as the presence of Killjoy reduces the need of Chamber to cover larger portions of the map.

Teams may move more so into this comp, or will substitute Chamber for a Jett as she is a solid pick on this map. The issue with replacing Chamber for Jett will be that covering mid will be far more difficult without a trap, which is why the FNATIC comp will most likely become even more popular or Killjoy will become a more common pick on this map and lessen Chamer’s pick rate.

We haven’t seen Split in the rotation for roughly half a year now. In the patches prior to Split’s removal Chamber boasted a roughly 65% pick rate in pro play.

I’m very excited to see how the meta on Split will be as the map will have some changes introduced to it, and there has been 6 months of updates and evolution since it was last in the game. Chamber will most likely have his pick rate reduced from when Split was last in the game due to Fade and Breach’s surge in the game, and those two being good picks against Chamber for this map.

Nonetheless Chamber will still be able to play the extremities aggressively while having a Trademark down mid, meaning he will still get good value on this map. The other sentinels do play well on this map, and will most likely eat into Chamber’s pick rate somewhat, but not too heavily here.

Chamber still definitely brings value to the team as an agent who can quickly put the team into a 4v5 advantage. To do that will be much more difficult than before due to the nerfs.

eing deliberate with positioning and spacing will be extremely important for Chamber moving forward to get value out of being able to watch a lane with Trademark and using Rendezvous safely at the same time.

The true colors of the new meta will be seen to their full effect as franchised teams are starting to play in tournaments, and we will get a better idea of how much these nerfs will impact his play rate.

For more tips and tricks, head to our Chamber guide page with lineups and more.