Jett is one of the best agents for taking advantage of the verticality that VALORANT maps offer. Holding angles up in elevated positions makes it difficult for your opponent to adjust their aim.

However, at the same time it can place you in quite awkward and vulnerable positions if you expose yourself for too long.

That is why Jett is the ideal pick for these sort of plays as she can simply dash out immediately after securing the kill.

These angles can take your opponent off guard and make for a seriously strong first pick on defense rounds.

Additionally, Jett’s signature ability allows her to dash away with a free shot on the opponent if executed swiftly enough.

We will be covering all maps and we hope to demonstrate exactly where Jett excels in combining an Operator, her updraft, and her dash to make for quick opening picks.

C long is quite a popular angle to hold with an Operator. In saying this, players on attacker rounds have learned the most common angles and precisely where they should be pre-aiming when they peek.

This position does not require you to use her updraft, but you do need to make the most of her air-drifting powers.

This equips you with a strong opportunity to grab an opening pick, dash leftwards and avoid being traded out.

This is another defensive C hold position that you can reach by drifting from the previous spot up on the box.

This spot is not as popular to hold as the previous most likely because you cannot play an off-angle and run a greater risk of being swung by multiple opponents.

If you do decide to hold this, you really need to have your finger ready on the dash key.

Jett has a strong mid hold when using the Operator in elevated positions on B site. These two holds allow her to secure kills on enemies trying to gain mid priority.

If you communicate to your teammates like Sage or Omen to wall or smoke off B entry it can make enemies feel as though they will be safe in the mid grass area, allowing you to pick them off by surprise.

When combining her knives with her updraft Jett can take aggressive peeks at some seriously tough to shoot angles up in the air. This can allow for an opportunity to grab a pick when retaking A site on defense. 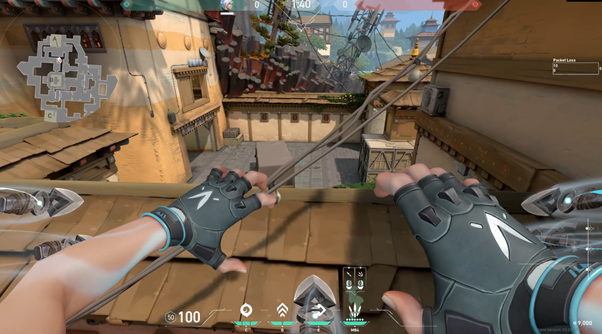 Additionally, it can make for a strong opening pick when playing A garden at the start of an attacking round.

When thinking of bind there are only two main defensive positions that come to mind when aggressively peeking with the Operator. 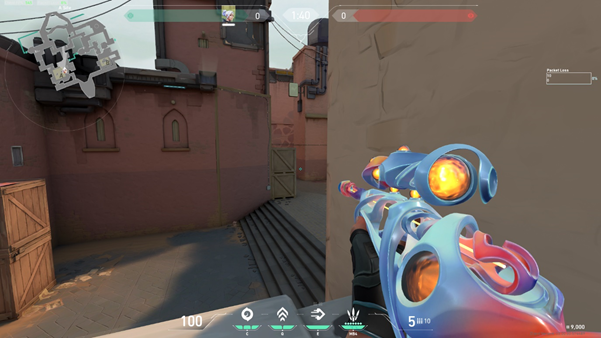 This may allow for you to grab a kill on enemies deciding to push short before dashing out.

If playing on top of the tank it is recommended you dash backward after taking your shot as opposed to leftwards where you may still be vulnerable to short and shower pushes.

Additionally, here are two good opportunities on B site where you can use your Updraft and knives to grab information and or kills.

Jett has a strong defensive hold on both sites when using the Operator. The two positions are shown below.

With some practice, if you dash diagonally backwards and rightwards you can place yourself on top of rafters after taking your shot. This can open up the chance to take another peek towards enemies on A belt.

If playing the position on B site it is recommended you only peek at the door as you may run the risk of too much traffic coming towards you if you peek wider than what is shown.

Also, it is best to dash diagonally backward and leftwards to escape in the safest way possible.

Like Icebox, Breeze offers a lot of verticality and spots for Jett to abuse. 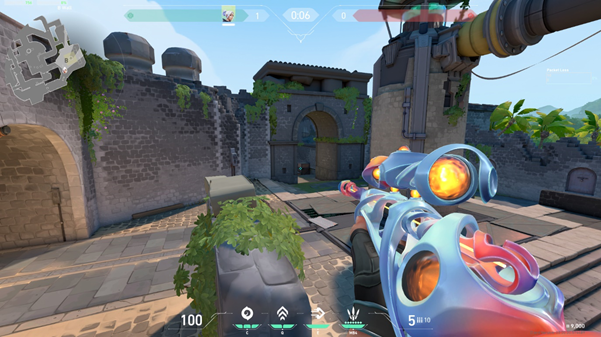 Jett is a necessary pick on Breeze since the Operator is a must-purchase for defense rounds on this map. 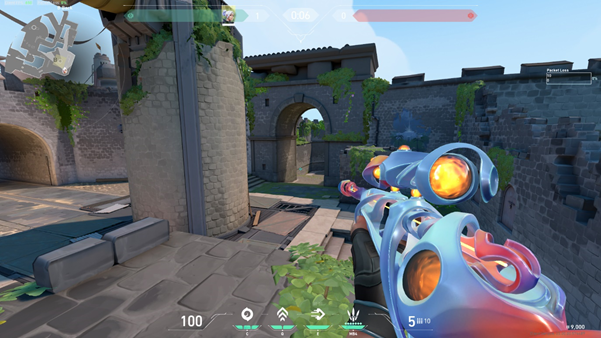 Below the images is also a way that Jett can peek Mid nest when using her knives on attack rounds.

Whilst on attacking rounds Jett can open up a lot of space if coordinating an A site push with utility and flashes from allies.

If A main control is established, Jett’s updraft and dash combo will more often than not safely get her into A Heaven to fight for control there.

There aren’t as many effective off angles that include verticality on Split. It is maybe best for Jett to hold mid vents with an Operator.

This spot commonly gets smoked though so often Jett’s have to resort to taking aggressive peeks with the Operator at the start of rounds.

It is maybe only recommended to do this once a game as your enemy will be wary of this after falling victim to it.

Furthermore, it will be stronger to take this aggressive peek if you have continuously been playing back site and or a slow retake tempo.

Changing tempo on defense rounds with an aggressive Operator peek can catch your enemies off guard.

After hopping onto the wall in A main, Jett can double Updraft to fight enemies who are holding the default generator, double box and or A heaven.

On defense, Jett can hold A site archway with an Operator as shown below and safely dash behind the wall rightwards.

Lastly, peeking A short from B link on attack rounds can be quite risky. Enemies from short will most likely have their crosshair placement set up for targets on B link. By peeking like this you will be less predictable and hopefully grab the first blood.

Note: You can also peek this with an Operator and without wasting updrafts by being walled up by a Sage. 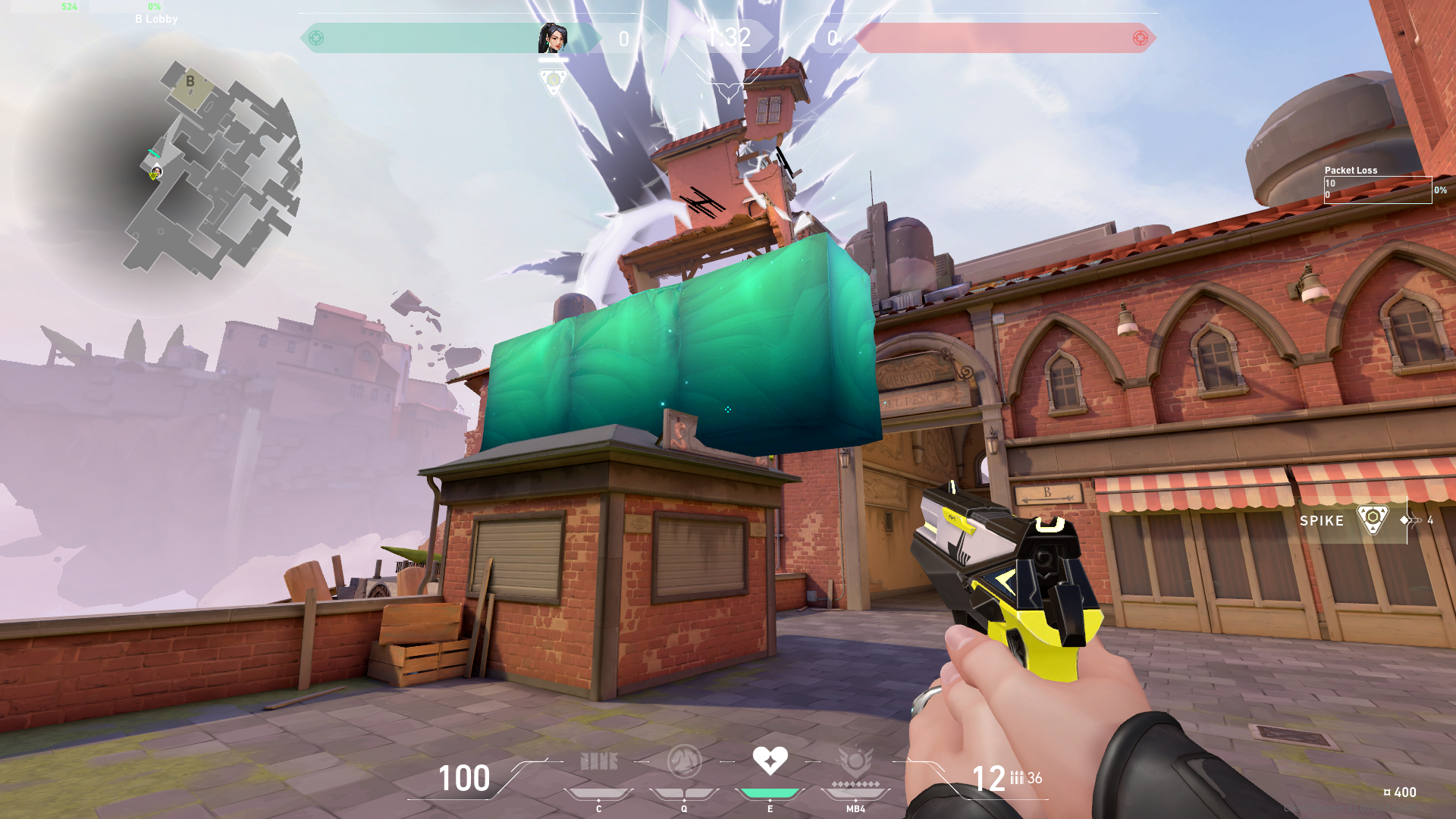 A few other agents like Raze and Omen can also utilize these vertical angles that have been displayed. However, they run a much greater risk of being traded out since they cannot dash to escape.

The Operator is an expensive purchase and you may only find yourself having a few opportunities to use it on defense due to your economy.

We hope that these tips and tricks have shown you a few new ways you can grab the first pick on defense, and or make aggressive plays to open up attack rounds.

To find out which maps Jett is best on, check out our VALORANT agent tier list.