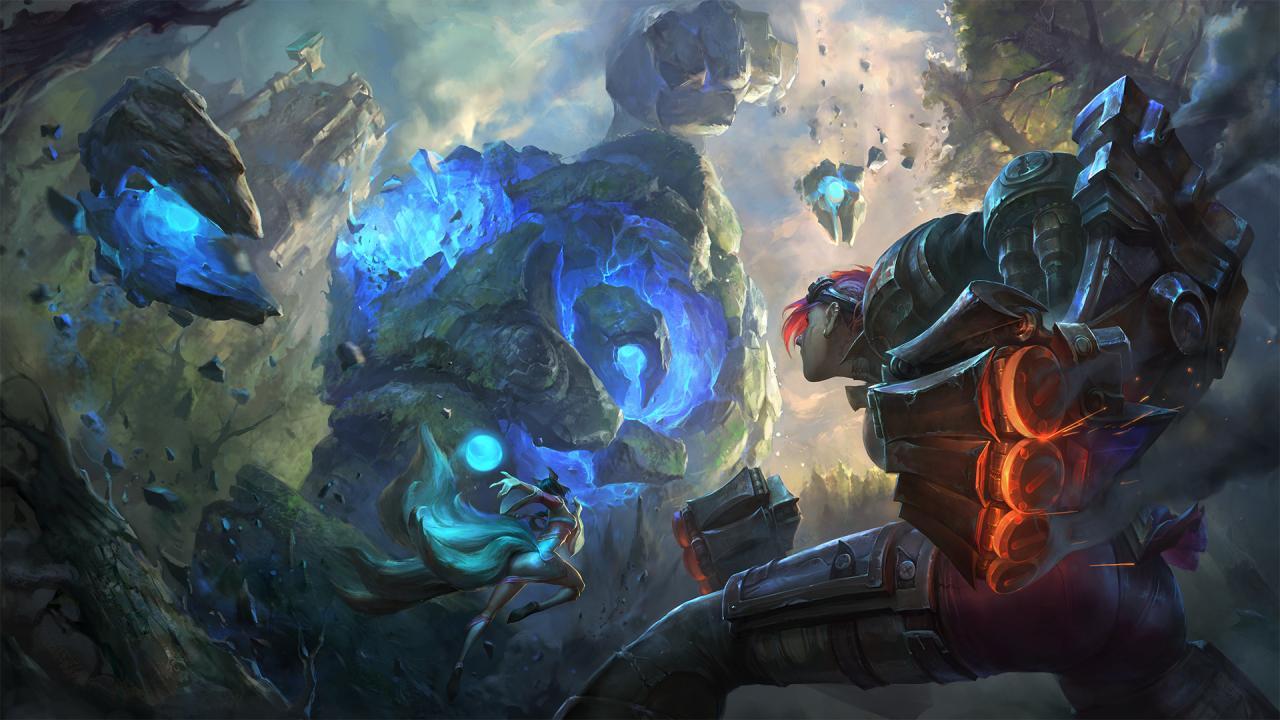 This week, we have a guest post from Jonathan Biran of Gearbroz, a new site that’s building a database of the gear that pro players use. Check them out and we hope you enjoy their article on climbing as a Jungler.

How to Climb as a Jungler

Jungling is sometimes overlooked as a role incapable of carrying at the highest levels of play. Often times, jungling is simply broken down into farming and ganking. Although this holds true at the role’s core gameplay, proficient Junglers can bring significant advantages to their teams through a number of different ways.

The Jungle position offers players the ability to control the pace of the game – able to swing lane matchups to a team’s favor, snowball leads, and obtain map control.

To introduce myself, I am a Jungle main with over thousands of games under my belt (ended Season 6 and 7 at Master-tier). Throughout the seasons, I’ve had to adapt to diverse styles of play ranging from hyper-aggressive bruisers, scaling juggernauts, and farm-oriented carries.

That being said, I’m here to show you key tips and tricks to take your jungling to the next level. The Mobalytics Jungle Pathing tool can help you decide an effective route.

Optimal pathing is the core fundamental of top-tier Junglers. Simply put, “jungle pathing” is the route a Jungler takes when clearing his camps, ganking lanes, and roaming the map.

With optimal pathing, Junglers are able to efficiently clear out their camps and go from lane-to-lane with little to no downtime. On the contrary, inefficient jungle routes make for slower clear speeds and less gank opportunities compared to proficient Junglers.

In terms of gank paths, it is vital to know that just because it’s warded, doesn’t mean that it’s ungankable. Find creative ways to pass through frequently warded areas, coordinate with your laners to figure out where the opponents have wards set up, and let your laners know in advance that you are planning to head to their lane through pings and chat.

For gank-centric Junglers, it is recommended to take buff-camp-buff then proceed to the nearest lane you intend to gank. It is crucial that the last camp you take is closest to the lane you want to gank, as to not waste time moving around the map.

Take note, however, that securing your jungle camps is just as important as ganking lanes. Without sufficient gold and experience taken from camps, you will not be able to assist your team as efficiently compared to a decently-farmed Jungler.

If you intend to power farm throughout the laning phase, it is recommended you clear all your camps in a linear fashion. When clearing your camps, follow a farming path that shortens the distance you have to travel camp by camp.

Even if your priority is to farm through the early game, take opportunities when they present themselves. Create advantages for yourself and your team by capitalizing on the opposing team’s mistakes (i.e. counter-ganking whenever possible, securing unguarded objectives, and the like).

It is standard to clear your jungle camps before looking to make plays throughout the map. By doing this, you secure jungle experience as to not fall behind levels-wise in the event that your ganks fail.

Try and practice your jungle pathing in the Training Tool and see what’s optimal for your playstyle! Tracking the Enemy Jungler and Counter-Jungling

Inexperienced Junglers often lose control of their side of the jungle, thereby possibly having one’s camps stolen away, losing the element of surprise when ganking, and even getting collapsed on. To prevent this, you must learn how to track the enemy Jungler.

Knowing which camp Junglers initially clear is crucial to revealing the pathing they are going to take throughout the earlier stages of the game. Situations vary case to case, but in general:

Champions without reliable AoE in their kits (such as Lee Sin, Warwick) normally avoid taking the Raptors camp given its difficulty to clear. However, these single-target champions can, instead, take the Gromp camp much faster than their AoE jungling counterparts.

After determining the Jungler’s playstyle (i.e. Lee Sin: aggressive early, Nunu: heavy counter-jungling, Jarvan IV: gank-heavy), you can then utilize the extrapolated information to pinpoint the possible locations that the opposing Jungler could be at depending on the time.

As simple as it sounds, another surefire way to track the opposing Jungler is to ward the map. By securing vision at key locations, you can identify where the Jungler is, check his minion score, and then deduce where he is planning to go.

As you can see, the benefits that proper vision brings are too valuable to pass up on as you can gain game-changing knowledge with minimal investment. In general, lower ranked players downplay the effective value that ganks bring during the laning phase. Ganks can swing the tide of matchups by netting advantages through space given to farm, Summoner Spells blown, and of course, champion takedowns.

Never underestimate the value that ganks can bring to your laners. For all you know, it could be that Flash you helped burn which allowed your laner to grab that solo takedown two to three minutes later.

Additionally, if you want to cheese your opponents after they blew a Flash, you can try and go for the classic “return gank” or “lane gank” to secure those cheeky advantages for your team. In the jungle, kiting is essentially moving away from a camp to wait for one’s auto-attack timer or ability cooldowns to reset while reducing instances of damage taken.

Commonly undervalued, kiting camps is regarded as a means to improve one’s jungling capability in-game. Kiting can save you up on vital hitpoints while clearing through your camps early on. Healthier clears equate to safer ganks, along with the ability to fearlessly farm and roam the map.

To kite, simply move away from the camp you are trying to take after completing an auto-attack or ability. Each camp has a “Patience” bar that depletes when you pull the camp further away from its spawn location. As such, never move too far away from the camp’s location or else the camp will “reset” and regain its health. Jungling is a role that requires constant adaptation minute-by-minute, game-by-game. As such, what makes an exceptional Jungler is the ability to adapt and evolve beyond matchups and situations in-game.

To do this, you must keep in mind what you want to achieve throughout the game. When you are in the loading screen, define the game plan you want to work with:

To efficiently jungle, you need to decide on what your priorities are heading into the match. After assessing your own strengths and weaknesses, you then check how you can provide your team advantages through your play. All your choices in-game must be tuned towards achieving these goals.

When jungling, players require immense game knowledge to completely take advantage of the situations given to them at hand. You must put in a considerable amount of time and effort to improve through reading guides, upgrading your equipment, theory crafting, watching high-ranked streamers, and of course, playing the game.

Thanks for reading! You can find our guest writer as Gearbroz#9765 on Discord for more information on this article. Let us know your thoughts on how you climb as a Jungler, in our Discord community.