If you’re looking for the best characters in Apex Legends, you’ve come to the right place!

We’ve updated our rankings just in time for Season 15.

Although player skill and playstyle always come first, it’s always good to know the meta so you can play around it.

We recommend sticking with the characters you’re most comfortable with until you hit a wall – after that, it’s a good time to consider a meta pick.

If you found this tier list useful, don’t forget to also check out our list of the best Apex Legends weapons.

Here are our rankings for the best characters in Apex Legends:

For a visual version of our tier list, check out our infographic: 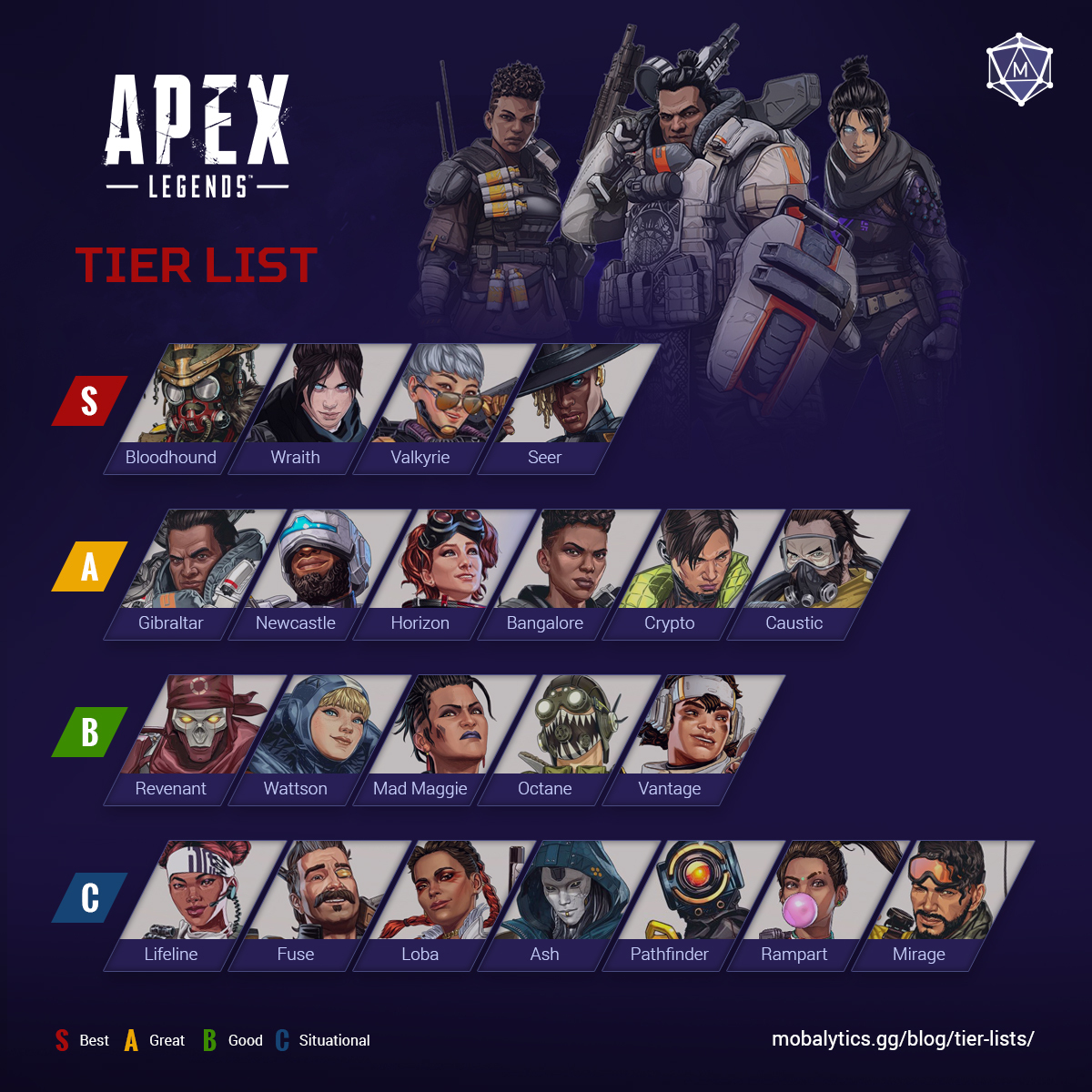 Note that since Catalyst is a new Legends joining the character roster, she won’t be on our rankings until some time after her launch.

In the meantime, here’s her preview video below:

To understand our rankings for the best characters in Apex Legends, let’s dive into a few reasons for each. 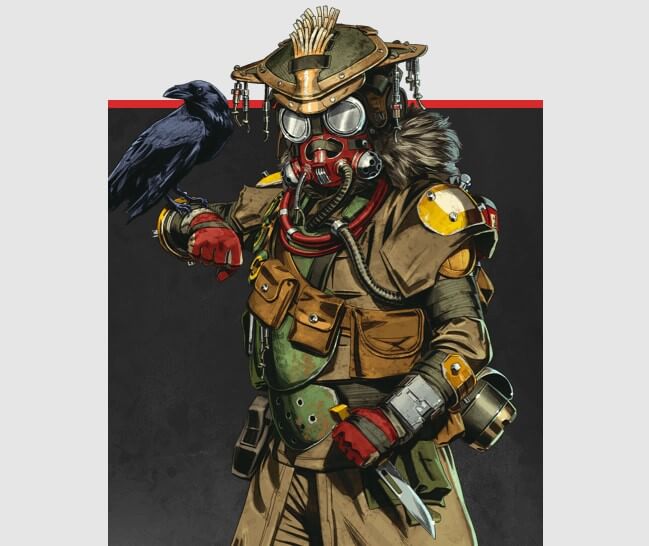 Bloodhound has some of the best abilities in the game and is certainly the best recon legend. In Beast of The Hunt, Bloodhound comes into their own league. Being able to counter Bangalore’s smoke, highlighting enemies, and having increased movement speed all make Bloodhound a very powerful legend if used well. The ability to scan and track the enemy is also invaluable in many situations. Bloodhound is a great addition to any team.

Wraith is a strong pick. Being able to portal your team out of a dangerous position is highly valuable – especially since you’re invulnerable going through Wraith’s portal. While Into The Void used to be better, it’s still a highly valuable tool for escaping dangerous situations. Wraith allows your team to pick and choose when to engage in or escape from fights.

Valkyrie, much like Wraith, is a great legend for hunting down enemies or escaping dangerous situations. Along with this, her Missile Swarm is a great way to slow enemies when they are pushing. Her Skyward Dive allows your team to reposition very quickly, while gathering info as you fly.

Seer is another recon legend with strong information gathering for your team. His ultimate Exhibit is one of the best scanning abilities in the game, giving your team constant info on where the enemy is. His tactical can also reveal enemies much like Bloodhound, while also interrupting healing and other abilities such as Valkyrie’s Skyward Dive. He is a useful legend in almost all team comps. 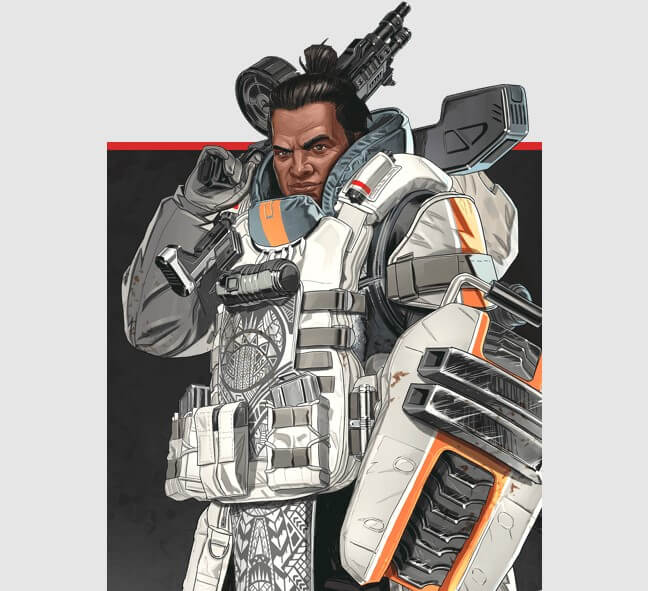 Gibraltar is a strong pick. He’s able to tank more damage than most other legends, while also being able to shield your team from enemy abilities. His ultimate, Defensive Bombardment is very good out in the open. He can be an easy target with his hitbox, and his dome is now counterable with Mad Maggie.

Newcastle is a great defensive legend, especially when combined with another defensive legend like Wattson or Gibraltar. He allows your team to lock down an area in later rings with his ultimate Castle Wall. Newcastle’s Mobile Shield can also be useful for peeking at an enemy team.

Horizon is a good legend for getting your team around the map, and her ultimate Blackhole can cause an enemy team a lot of trouble if placed correctly. Horizon’s Spacewalk is a nice boost to her movement and the Gravity Lift can give your team the high ground when it’s needed.

Bangalore has good utility for your team. Rolling Thunder can be good both offensively and defensively. Her movement passive is also helpful for escaping tricky situations, or pushing an enemy. However, Bangalore isn’t quite versatile enough to be viable in every team comp.

Crypto is one of the few legends who doesn’t have a hard counter to his ultimate, Drone EMP. The EMP can deal a good amount of damage and give your team a good opportunity to push a fight. His passive is useful for getting info on the enemy to your team, but it lacks range and can easily be shot down.

Caustic is a good defensive legend. His tactical ability, Nox Gas Trap, can help your team lock a building down, but this is more counterable than other defensive legends such as Newcastle. His ultimate however can force an enemy team to retreat and give your team time to heal up. 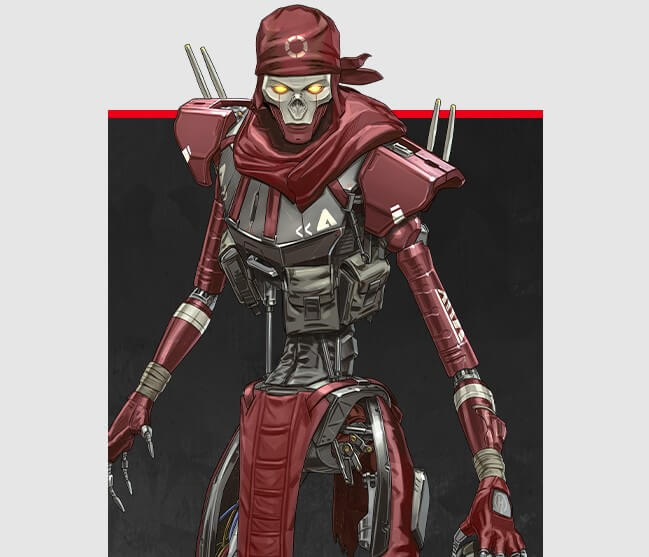 Revenant can be a good legend situationally. In vertical maps, he can escape many situations with Stalker, and his Death Totem can be a good way to push an enemy in specific situations. Silence is a niche tool which can prevent key abilities like Wraith’s portal, but due to it being easy to avoid it’s not hugely useful. Outside of this, Revenant is a weak legend since he can be too niche to utilize in most circumstances.

Wattson is a great situational legend. In the last few rings of the game, she is arguably the best legend suited for holding down an area in the end game. Perimeter Security and her Intercept Pylon can lock a building down and counter the ultimate abilities of many legends. She is not a great legend in early-mid game.

Mad Maggie can be a good rotational legend if used correctly. Her ultimate, Wrecking Ball gives a nice movement speed boost for your team and can allow you to rotate into, and out of fights. Her tactical, Riot Drill is better now after being buffed to affect Gibraltar’s dome, and can push enemies out of cover. Maggie’s abilities are a bit too specific to be ranked higher, but in the right moment they can make a difference.

Octane can be a good fit for teams with other movement legends, as there is no other character in Apex who can move across the map like Octane. His Jump Pad can help your team to get to otherwise unreachable areas, but you are vulnerable in the air. He is a great legend for aggressive players, since you can rotate into and out of fights very easily. However, he does not add much for most teams so he is only situationally useful.

Vantage is good in long range encounters. Her abilities, Spotter’s Lens and Sniper’s Mark, give her the upperhand in sniper fights. Her Echo Relocation is a nice movement ability, but requires line of sight. In close quarters fights Vantage performs poorly compared to other legends. 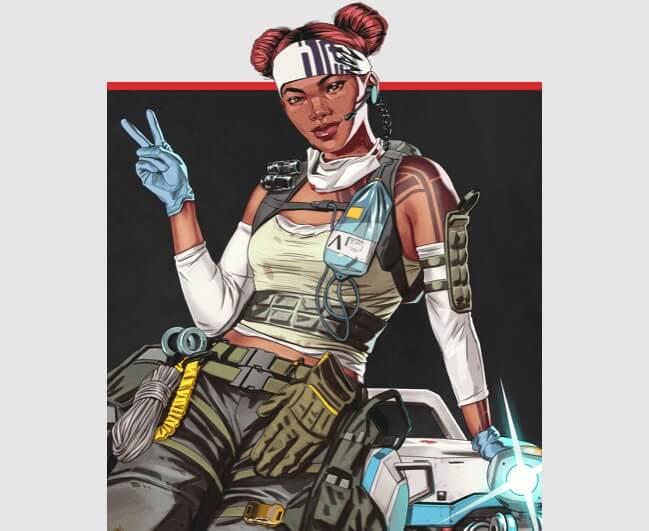 Lifeline has good healing abilities, with her D.O.C. Heal Drone, and her passive. However, Combat Revive can be countered easily. Her ultimate Care Package can give good loot but also reveals your team’s location on the map. Overall, Lifeline isn’t able to win a fight as often as other Legends can.

Fuse has some utility and rarely useful abilities. His knuckle clusters can hold down an area, but they do little damage and can be easily avoided. Fuse’s ultimate can range from okay to very poor depending on how it is used.

Loba can be a good legend in endgame play, where her Black Market Boutique can allow your team to access much-needed loot across the small ring. Outside of this niche, she does not offer much for a team. Her movement ability, Burglars Best Friend, is nice as it’s a teleport but can be disorienting when playing her.

Ash can be a good legend for playing offensively. Phase Breach is a good way for a team to push or escape a situation, but lacks utility since you can’t travel back through it. Her Arc Snare is unimpressive and has minimal effect in most situations.

Pathfinder is a fun movement character, but his role can be better filled by other legends like Wraith. His Zipline Gun ultimate is useful for getting your team to hard to reach areas, but it makes you an easy target when using it. Overall, Pathfinder does not offer anything another legend can’t do better.

Rampart isn’t a strong legend to play. Her Amped Cover is unimpressive and can easily be countered and destroyed. Her Mobile Minigun ultimate does deal a good amount of damage but leaves you vulnerable and requires a good position.

Mirage is a poor choice in most situations. He can be helpful for your team when reviving with his passive ability, but his decoy’s are easily spotted and his ultimate rarely allows you to escape. Mirage doesn’t add much to a team outside of these niche situations.

S-tier legends can make a game winning difference in fights and give you the best chance of victory in a variety of situations. They are able to decisively change a fight. These legends work great in every team comp. S-tier legends define the meta.

A-tier legends are able to perform well in most situations. They are able to make a significant impact with abilities and play well with most team comps. They are strong picks to help your team win.

B-tier legends can be useful situationally, and can make a difference in a few niche situations. Overall they don’t play well due to either being overshadowed by better legends, a poor choice for team comp or being too niche for a wide scope of situations.

C-Tier legends can perform well sometimes, but are often overshadowed by better choices of legends. Their abilities are not game changing and can be ignored or countered with ease. These legends fit poorly in the current meta.

Thanks for checking out our list of the best characters in Apex Legends. Be sure to also check out all our other Mobalytics tier lists.

I began playing Apex Legends at launch, with the hype around battle royale games. It was the only game that captured a true BR to me. I enjoy finding tips and tricks for advanced players and noobs alike and helping players improve their skills.