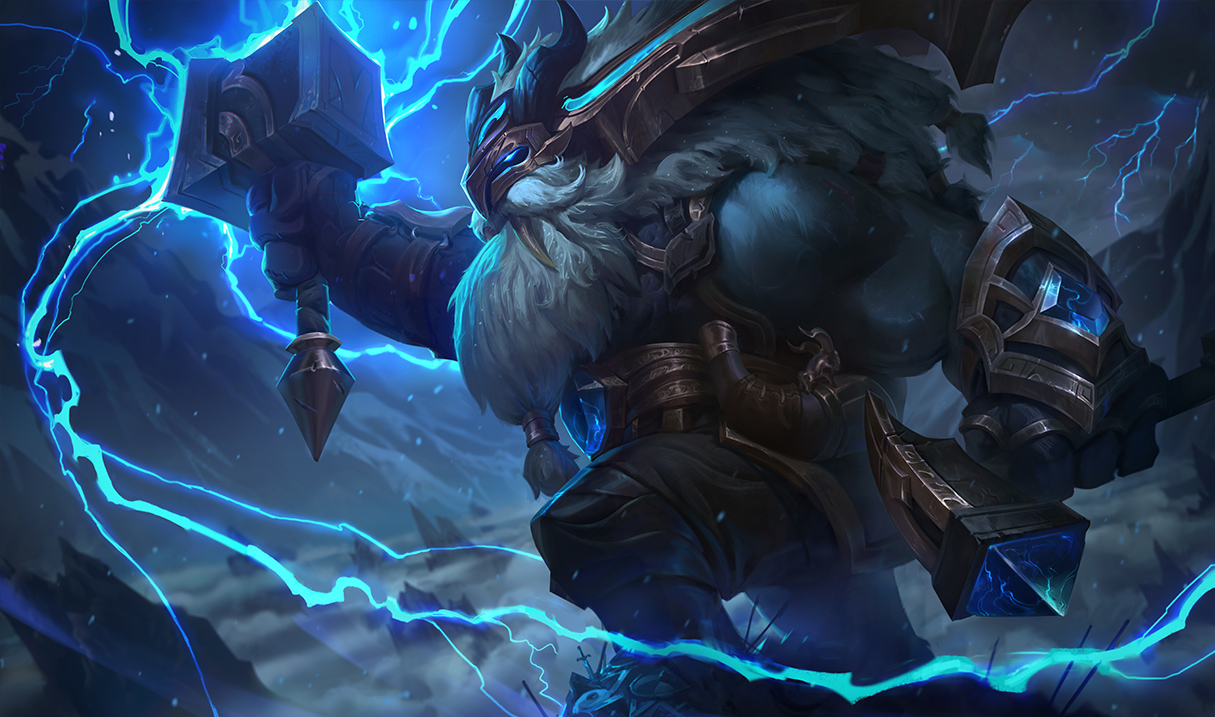 How to Play Ornn: A Quick Look at Builds, Combos, and Synergies

The newest champion, Ornn, will be going live in Patch 7.17. If you haven’t familiarized yourself with his kit, we recommend checking it out before continuing on. This article will go into some predictions from our experts as far as what roles we can expect him to play in, his core items, and even a few combos.

Bellows Breath and Brittle are incredible in the tanky/CC meta

Ornn will be a formidable tank that will likely have good place in the Top and Support roles. Our experts believe he’s a great fit for the recent meta (since Patches 7.15-7.16) for these reasons:

Orrn will want to build straight tank. He has armor/magic resist ratios, a max health shield and no ratios on his ultimate so you’ll want to focus on Health, Armor, MR, and CDR as primary stats. Here’s what we see as a good core build:

This pairing is a song of ice and fire. Ornn synergizes very well with Anivia’s slow and controlled approach to team fights by providing her with protection and additional utility from his Q and R.

Anivia’s terrain creation is the perfect set up into Ornn’s E, “Searing Charge” and will be hard for enemies to avoid if coordinated properly. On top of that, she has hard CC that can activate Brittle. Their combined control of space in a team fight makes it even more ridiculous for enemies to get close to the bird.

With three forms of hard CC, Maokai can easily break Brittle. Their ultimates synergize very well, creating a huge area from multiple directions that the enemy has to avoid or risk being CC-chained.

Ornn’s primary job is to hold down the frontline. He wants to start applying Brittle with his W to as many frontline enemy champions as possible so his team will have an easy time breaking the Brittle for max health % damage and extra CC duration. If you focus on applying it to melees, it’ll make it easier for you and your teammates to maximize Brittle.

Generally, melee champions are slower and have bigger models which means that your Q is cake to land. Tag their frontliners with your Q>E combo to stun them and also create terrain behind them so it’s harder for them to disengage back to the safety of their own team.

Ornn’s ultimate is great for defensive and offensive play. You can cut off ¾ of lanes with it and completely block off jungle routes. This makes it effective for chasing enemies into enclosed areas. You can also use it to counter engage very well, for example, if you know that the enemy team is diving in, they have little chance to avoid the impending Fire Elemental unless they back off.

As a Top laner

Ornn’s kit gives him a pretty safe lane phase because his tankiness, CC immunity from his W, and fairly decent dash allow him to get out of most gank situations.

In regards to wave control, he’ll have little trouble pushing in due to having 3 AoE abilities that give him the ability to create great Recall opportunities for himself.

In general, Ornn wants to lead with Q>E so that he has an easier time keeping enemies in his W, but you can lead with his W if the enemy champion is very immobile or if you use it to block a CC. Take advantage of his great trading potential against melees by looking to engage in 1v1 trades.

Because of Ornn’s ability to buy items while out on the Rift, you have amazing staying power – so don’t overextend too hard. There’s no reason to be overly aggressive because you’ll always be able to win your 1v1 matchup through attrition if you stay alive.

Ornn will make an effective Support due to his build path which focuses on CDR and tankiness, and his kit that stays relevant due to its usefulness regardless of damage. In lane, he’ll be quite versatile as far as play style since he can use his Q as a useful low CD poke, but he also has powerful all-in potential.

As far as ideal bot lane partners, Ornn would fit in well with a strong kill lane due to his gank assists. These are champions such as Tristana, Draven, and Lucian

He is great into tanky melee supports such as Alistar, Taric, and Leona, and does well against supports like Sona/Soraka due to his all-in.

Q>E
The Q slows and the fissure pops up shortly after striking and enemy champion, allowing you to easily land your E.

Q>W>E
Q keeps them in range for the final tick of W, setting up for breaking Brittle with E.

Q>E>W
Q creates the terrain, E knocks them up, and then channel W.

R
His ultimate can be slotted in these combos according to what you need. You can lead with it to catch an enemy thats far away and transition into a combo, or you can use it as a combo finisher.

Thanks for reading! For more discussion about Ornn and tips on how to play him from our coaches and community, we welcome you to join our Discord.