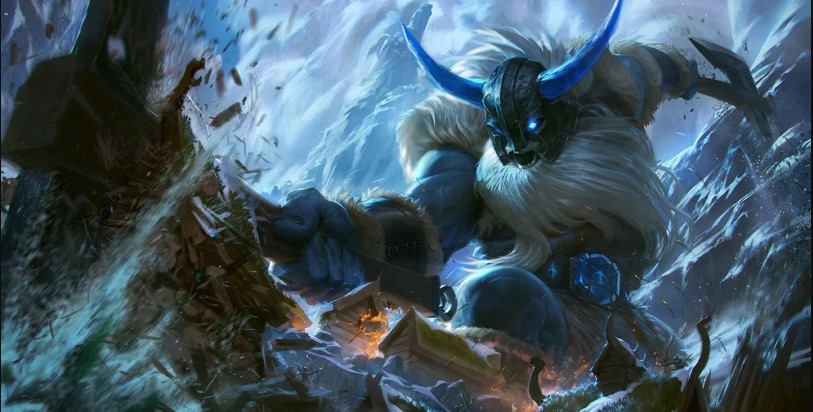 Howdy Y’all, and thanks for checking out my first of many opinion pieces surrounding the League of Legends atmosphere. I plan to give both meta and off-meta champions a spotlight for those interested in checking them out, shout out smaller and or medium-sized streamers and interview them, and finally, spill my secrets on a variety of topics on how to improve and climb (Mostly about Junglers). Okay, Okay, before you click off let me explain my credentials so you can feel confident in my advice: Alright, are you still with me? I’ll give you a second to wipe the crusties out of your eyes if I put you to sleep at all…okay good. Let’s get started! In part 1, we’ll be covering how to build your champion pool, the importance of pinging, and which jungle routes you should take.

1. How to build your Champion Pool as a Jungler

Alrighty so for the first topic that I will be covering will be how to build your champion pool, especially if you are in low ELO. This can be a struggle to some as most low ELO players fall in love with a champion and their design that may not be optimal to play in the current meta.

For example, I love both Kayn and Pantheon to death, however with a current meta surrounding dragon control for the Dragon Soul mega buff win-condition they just don’t match up and get stat checked by the likes of say, an Olaf or Elise.

I’m not saying being a one or two trick is a bad thing, as most high ELO personalities can make it work. What I advise is that you maintain six different Junglers:

If this seems like a lot off the bat, trim the number down to four:

Doing this will allow you to be able to be versatile and adapt to your champion select as you can play and cover what is needed for your team. The biggest problem I see low ELO players do is that they try to take on overly complex champions such as Lee Sin and Nidalee for example. While they are both notorious solo queue gods, the time investment to truely maximize their skill ceiling will impair your climb and see you start to be stuck where you are winning one game and losing one back to back.

To avoid this hassle, just keep it simple. Champions like Jarvan IV, Vi, Nunu & Willump, Warwick, and Elise are perfect simple to execute champions that generally play the same way every time. When keeping it simple, this allows for you to learn the champion much quicker and utilize the champions skill ceiling exponentially well which in turn allows for you to climb much easier.

2. How to Improve your Communication with Pinging

If you seriously want to climb, especially in the upcoming season, you as a player NEED to learn how to do things yourselves and manipulate your teammates into following you up. Neutral objectives are insane currently and not playing for them is a good way to lose LP.

Therefore, pinging is essential to get your teammates to work for you, despite it feeling that sometimes your teammates are playing with no audio or even no screen at times.

As the Jungler, you are the Quarterback, the catcher, and the point guard. You see the whole field and are the playmaker for your team. Junglers can focus on the map much more than your teammates in the lane and you must communicate using pings. In my opinion, the main three pings a Jungler needs to utilize is “On My Way,” “Danger,” and “Warded Here.”

3. How to Learn Jungle Pathing

Jungle Pathing can be quite tricky for new Junglers to understand. Many times during my coaching sessions I will see a Jarvan IV try to clear the Raptor camp with Hunter’s Machete level 3 and see their HP Bar plummet to where they cannot contest for the Scuttle Crab.

Now this case may or may not be something you have encountered before in some shape or form, but more often than not, Junglers will find themselves clearing inefficiently that has consequences down the road. It may not seem like it, but 3 extra seconds clearing a camp could mean that the enemy Jungler is 3 seconds ahead of you to execute a gank and snowball his team before you can counter gank.

When it comes to Jungle Pathing the two biggest factors are if your champion has AoE clear, or single target clear. At the start of the game AoE Clearers such as Kayn can hit every jungle creep with his Q, whereas a Warwick can only focus one creep at a time. If you have the smallest idea of your opponent’s abilities, that will help you understand their jungle pathing (But I will cover Jungle Tracking in a Later Article). Reusing my examples we will take Kayn and Warwick.

As Kayn, because of his early game AoE Clear, he is a wonderful candidate to start Hunter’s Talisman. Hitting every Jungle creep allows for the passive to be applied to each monster, thus keeping him healthy while he clears. A general clear for Kayn (From Patch 9.24B) would look like Blue > Gromp (Smite) > Wolves to hit level 3. Then would transition over to Raptors > Red > Scuttle / Krugs to hit level 4. As Warwick, because of his single target clear, he is a candidate to use Hunter’s Machete. Machete allows for Faster Single Target damage but doesn’t allow for Health Regeneration when fighting. A general clear for Warwick (From Patch 9.24B) would look like Red > Blue > Gromp (Smite) to Hit level 3 OR Blue > Gromp (Smite) > Wolves > Red > invade / gank.

If you haven’t found the common theme of Patch 9.24B is that Gromp has become the new “Krugs” of the Jungle and essentially switched the importance of perma-clearing Redside to always permaclear Blueside. If your preferred champion doesn’t have much AoE on it’s first clear consider starting Red > Blue > Gromp (Smite) or a Full Blueside Clear into Red Buff. However, if your champion does have AoE, I’d still recommend to fully clear your Blue side and transition over to Raptors and Red buff so that Scuttle will grant Level 4.

Pathing will always depend on the matchups and context of your game so be sure to adapt accordingly, but these are the fundamental principles that should help shape your pathing choices.

There is plenty more for me to cover, but for now, I will leave you with what we’ve covered together for now. I plan on continuing this series and spilling all of the need-to-know information for junglers soon. Tell me what you think and let me know what you’d like for me cover next.

In part 2, we’ll be covering how to clear your jungle efficiently, when to counterjungle, and how to itemize properly! As always, thank you for your time and good luck on the Rift!