Sharpshooter is a bow user class that has ranged flexible damage dealing capabilities. Although they don’t have the highest DPS, they have high survivability in raids which make them very reliable.

The class has decent stagger but lack in the weak point department so they need to supplement that with battle items like Destruction Grenades.

They can accommodate a slower moving ranged playstyle or a quicker, more mobile mid range style allowing for a variety in playstyle across PvE to PvP.

This class can be challenging but is very rewarding the better you are at the game and the more mechanical skill you have as a player.

So if you’re looking for – a class that rewards you for good mechanical skill and movement as well as having one of the coolest weapon glows in the game then Sharpshooter is for you. Also, you can check out our Sharpshooter leveling guide.

Sharpshooters compared to other Gunner classes are in the middle in terms of characteristics.

Compared to Artillerist, Sharpshooter has more instantaneous effects but lacks the raw defenses and stagger that Artillerist brings.

Deadeye and Gunslinger can provide more damage but have a harder time dealing damage safely compared to Sharpshooter making him a more consistent choice.

If you want to know more about the performance of Sharshooter in the current meta, make sure to check out our articles on Lost Ark best classes!

Sharpshooters are a bow class that builds up their identity meter to utilize animal companions to provide various buffs.

Their skills are a variety of arrow attacks with Snipe being their core damage skill that the class revolves around landing. Snipe is a holding skill that can be aimed and needs to be released at the right time to get the damage and this is where the bulk of your damage comes from.

Sharpshooter builds are flexible as either class engraving are good builds and you can even use them both together. Their engravings revolve around working together with animals to buff themselves, fight, or debuff the enemy.

In PvP, Sharpshooters are a ranged class that uses stealth and their superior range to set up big damage plays before sliding back out to safety.

Due to their stealth, they can threaten backlines in a way that no other class can. This gives them the option of playing as a backline assassin or sit back and safely follow up their frontline with their big damage and follow up CC.

Sharpshooters are a fun and sneaky class in PvP for players that have good awareness, positioning, and mechanics.

Mobility skill that can be used to engage and start combos.

Used to enter stealth. Use your stealth to create opportunities to engage.

Main damage skill but takes awhile to go off and your opponents can easily cancel it.

Used to disengage. Very useful since it has Push Immunity.

Explodes after a short time. Can catch opponents with the arrow but it’s easier to apply to enemies that are already crowd controlled so it can extend combos or catch enemies again after they waste their roll.

Combo extender due to its damage and crowd control abilities. Use after you catch an opponent with another ability.

Summon multiple hawks around yourself to create a golden whirlwind that grows stronger over time.

This is your preferred awakening due to it being more consistent to land the full damage compared to Fenrir’s Messenger.

Charge your bow to summon Fenrir’s Messenger to charge through your opponents dealing damage over time. You can release this skill early to summon a smaller and weaker version that does less damage.

This is the less preferable awakening because some bosses are too small to be hit by the full damage of the Messenger.

Every Lost Ark class has access to engravings that will focus your playstyle in one particular direction. For Sharpshooter you will choose between Death Strike and Loyal Companion 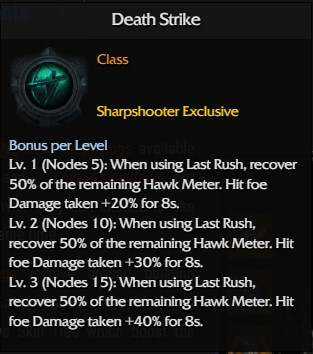 When you have a full meter, you can use this identity to send out a hawk to mark your target for death. While your target is marked, they take extra damage for 8 seconds.

This build revolves around building resources to land all your damage within a short window of burst.

This engraving increases your natural meter recovery as well as providing a few extra perks. The extra perks include, extra movement speed, stronger hawk attacks, longer duration for your hawk, and debuffing the enemy that increases your damage done to them by a small amount.

Neither engraving precludes the other so they can be both used in tandem if desired for a Death Strike build that has a safer way of generating meter. 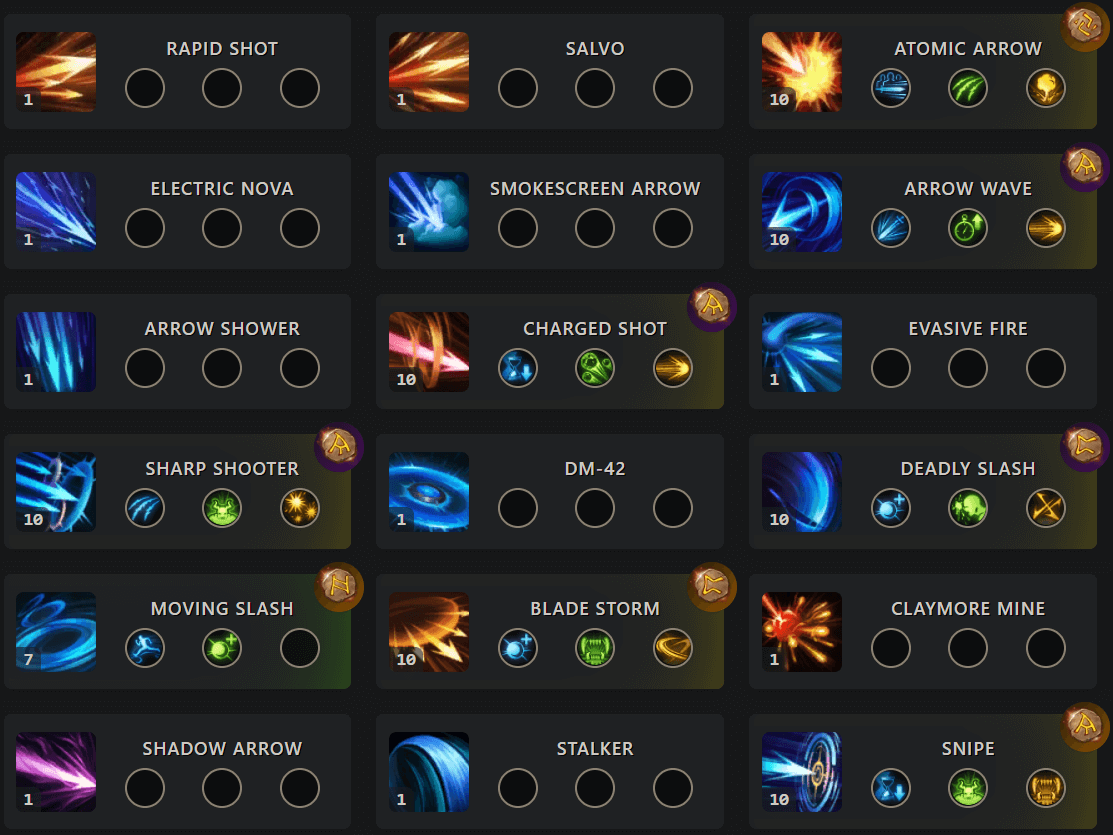 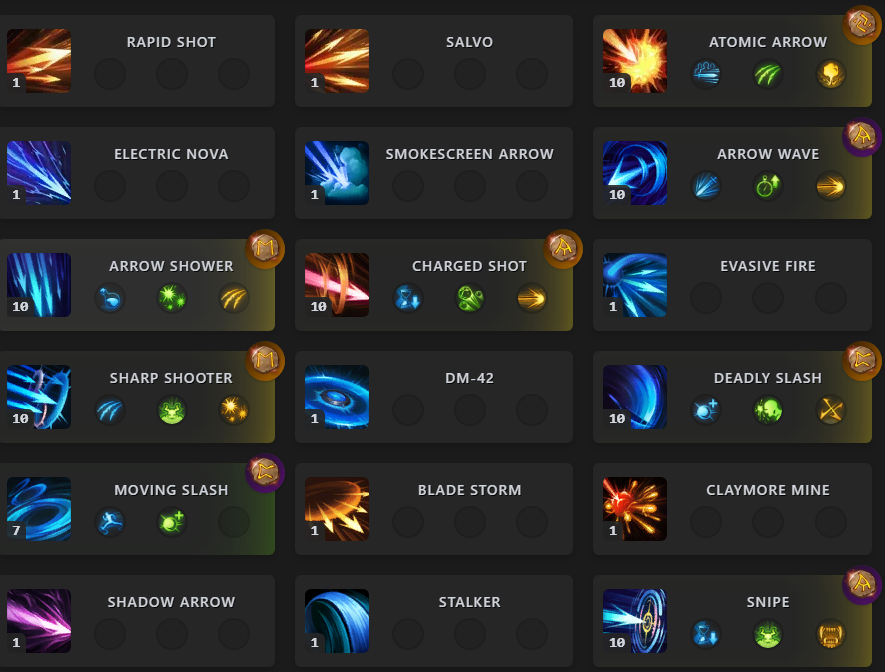