The March Update has come, bringing with it new content and a slew of bug fixes. The update will take place on March 10 at 12 a.m. PT (8 a.m. UTC) and will last for four hours.

We’ll be covering all the changes from the official patch notes and providing commentary for each section.

The new material (which includes a few additions from previously disclosed features), is listed below:

To see if the meta has changed at all, check out our Lost Ark tier list. 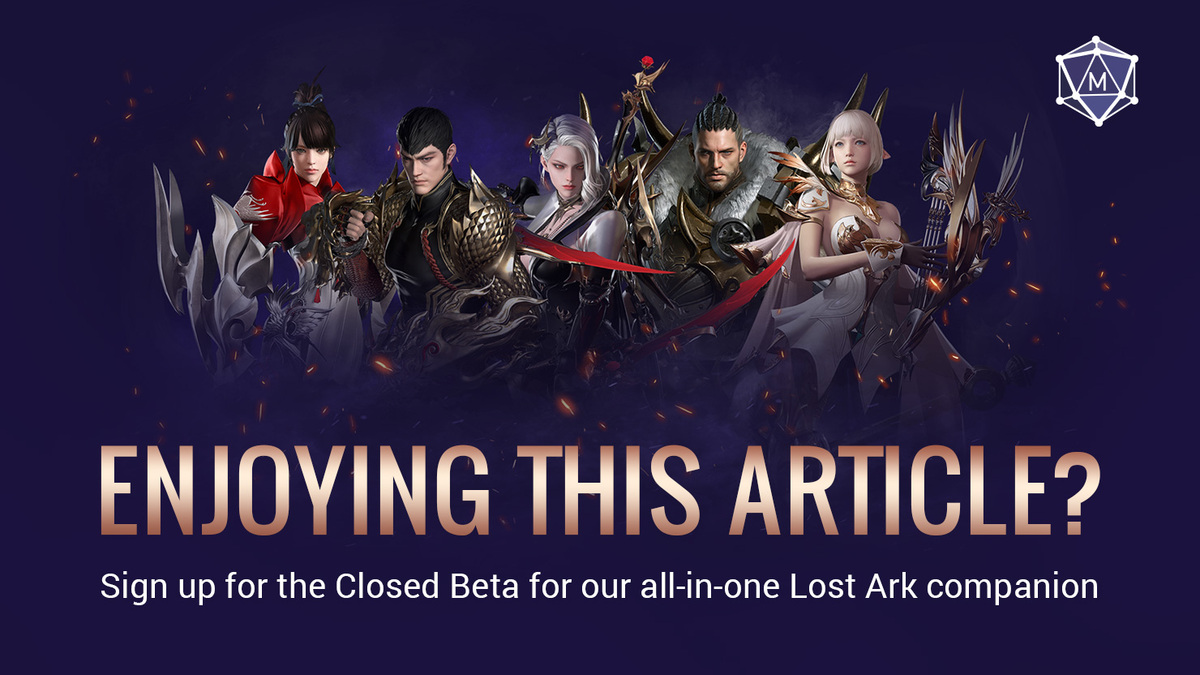 Experience a new storyline, complete with its own quests, new islands, and cinematic moments. These quests will include a cast of new and returning characters as you learn more about the Sidereals and search for the legendary Kadan, the first Guardian slayer, in your journey to find the final Ark.

Players will need to have completed Feiton, alongside completing the following quests: ‘Yorn – Let There Be Light’, ‘Whispering Islet – Start of Our Story’, and ‘Illusion Bamboo Island – End of the Trials’ as a prerequisite before embarking on the new end-game questlines. Both Isteri & Illusion Bamboo islands are recommended for players at item level 1100.

Kadan is one of our favorite heroes and has been a huge help to us raiders and adventurers and Arkesia. We can’t wait to learn more about him and his skirmishes.

Similar to the Guardian Raids that players have encountered in their adventures across Arkesia, participants will need to work together to defeat the Guardian Argos before time expires, with a limited number of revives available to the party. As an unrelenting foe, eight players are required to face Argos.

Players will need to progress through three distinct phases as they work together to vanquish this powerful Guardian. In the three phases, Argos will grow more powerful with different mechanics and attack patterns. Each phase has its own table of rewards (collectable once a week), and a different item level requirement for players to participate.

To face Argos players must first complete the guide quest “Abyss Raid Unlocked!”. Those meeting the requirements are able to enter the encounter through the Abyss Raid Statue in major cities, where they can look for battle companions through match-making or by finding a specific group. Players can also find a group and enter the encounter using the “Find Party” button located below the mini-map.

You can check out our Agros boss guides by phases by using the links below:

This raid will be an amazing content experience for everyone who reached end game and has been waiting for a real raiding experience. Like most  MMOs, you have to progress patiently and communicate well with other raiders.

We suggest hopping into Discord or in-game voice chat to make  it much easier to coordinate and navigate the mechanics.

Looking for a change of pace after intense Abyssal Raids and Competitive Proving Grounds matches? Look no further than the limited-time Arkesia Grand Prix racing event, available for the next month.

In this mode, two teams of seven players (7v7) will compete against each other, racing around a course while transformed and attempting to progress toward their goal while preventing the other team from progressing.

Progress can be earned by reaching the goal and eating cakes! The Arkesia Grand Prix will be live for roughly a month after the March update, until the April Update releases.

An NPC named “Arkesia Grand Prix Manager” will arrive in every major city (other than Prideholme) to help you enter the event, granting an “[Event][Daily] Go to the Arena!” quest for players to gain entry. Players must be level 50 to enter the event. Please note there is a known issue that the messaging for this requirement is only available in English in-game.

Lost Ark is known for its massive amount of content and who wouldn’t love to have some fun racing action? 7v7 sounds really interesting, we can’t wait to try it out.

Unlike the other content in the March Update, the initial March update will lay the groundwork for Season 1 of Competitive Proving Grounds, and the season will begin later in the month. We’ll keep you posted on the exact time the season is set to kick-off.

Time to start honing your player vs. player skills— the first season of competitive Proving Grounds is on its way; where players can battle each other for prestige and rewards. Players will be able to queue solo for the ‘Team Deathmatch’ mode.

As you win and lose throughout the season, you can track your ‘Competitive Match Average Score’. Your rank is determined based on your score, as are the rewards you receive when the season ends. To participate, players will need to play Proving Grounds and reach Tier 1, so make sure to get some matches in before Season 1 begins!

For a quick tip, accept your Proving Grounds weekly when you click ALT-J and test your skills and your teammates if you are going 3vs3.  Matchmaking is also always good for solo practice.

Added the Omen skin collection to the in-game store. These cosmetics will be available in exchange for Royal Crystals until the April Update releases.

It wouldn’t be an MMO without new skins being constantly added each patch. Check them out in the video below!

The March update will add a new track for players to receive daily rewards for logging and claiming on a daily basis. Rewards include a variety of helpful materials, such as honing materials, rapport selection chests, card packs, and much more!

This track will have 25 daily bonuses, alongside additional rewards at the 10, 15, and 20 day thresholds. These rewards will be available until our April Update.

Europe West will be receiving modified log-in bonuses to help players who moved regions to catch up. We’ll share more information on our official forums soon for Europe West players.

One of the things that make me log in every day are these rewards, don’t miss them! Don’t forget to save your precious tier 3 materials and your 60% battle potions.

The Stronghold bug that prevented the sending or crafting more than one mission/upgrade was frustrating so we’re incredibly glad it was fixed. If you’re new to the Lost Ark community, discovering and reporting bugs to devs does make the game better so if you see something, say something!

Thanks for reading! Sign up for the Lost Ark Mobalytics Open Beta, the all-in-one companion for Lost Ark.

I've been playing Lost Ark since the Closed Beta and iI think Queen Azena is a better Sorceress than me! Iove video games, and coaching people is my thing. As we always say, "A game is the complete exploration of freedom within a restrictive environment."