Welcome to Argos, the beginning of the endgame content for the Western Release of Lost Ark.

It is a Tier 3 raid that requires 1370 gear score to start and has phases at 1385 and 1400 (check out our end game guide if you’re still progressing your gear score).

If you’ve beaten Phase 1, check out our articles on Phase 2 and Phase 3!

The key focus of this fight is dealing with the Sun/Moon mechanic which we will describe in detail below.

The raid revolves around one key mechanic: the mark of the sun and the moon. At the start of the fight, Argos will roar and mark each party with a buff.

Look at your buffs (above the mana bar) to see which mark you got. A lot of the mechanics described below will follow the same general idea: If you have the matching color you will be safe, and if you are the opposite color you will die. 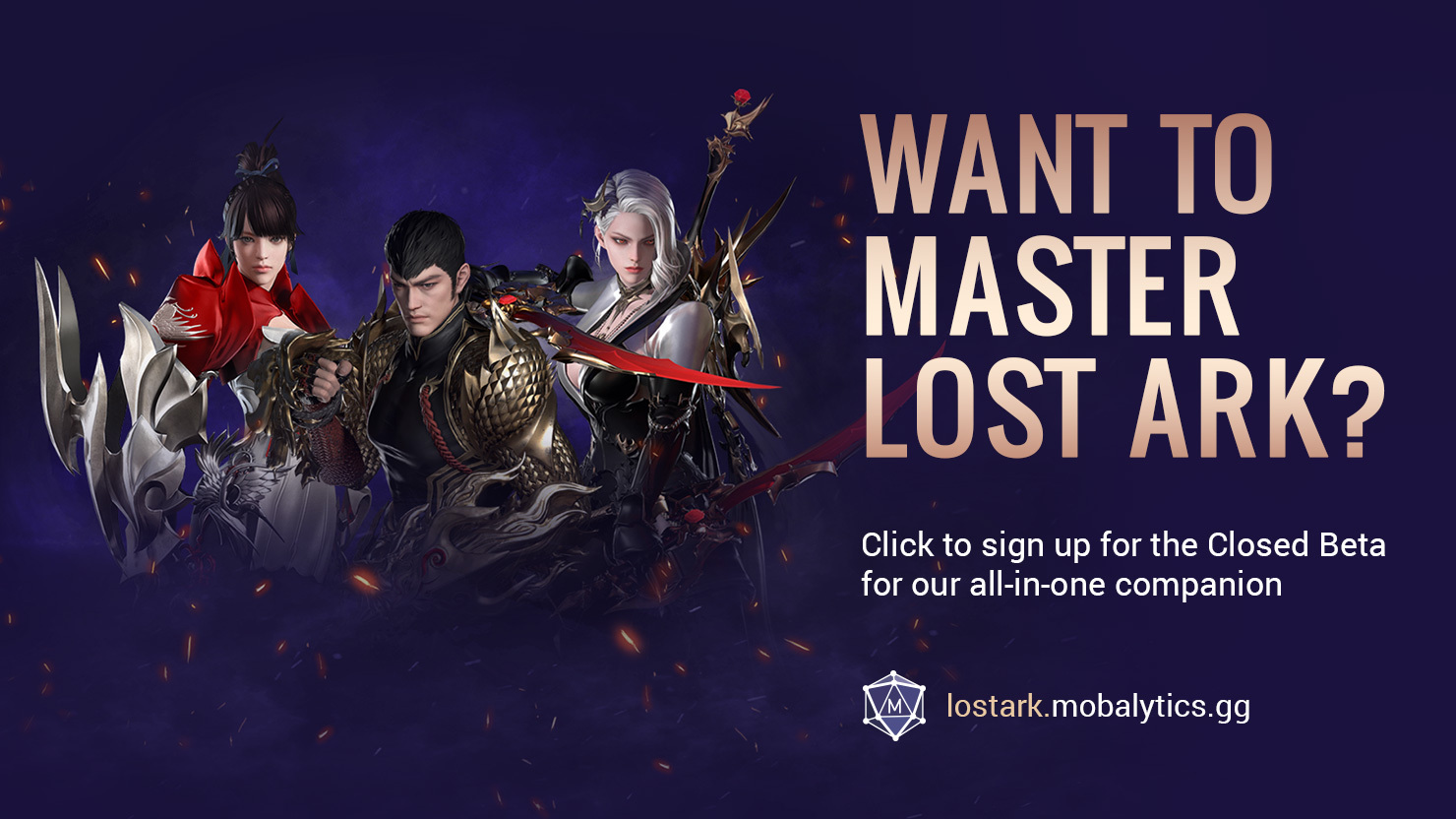 The sun and moon marks will switch after a specific phase in the fight, so make sure you keep your eye on it!

Argos teleports to the center of the arena and creates four moon and sun safe spots around him. Moons are always closer and suns are further.

The spots will be spaced like a compass (N, S, E, W) and the players need to run and stay on one of the matching safe spots to their mark or die. Only one player can be in each spot. 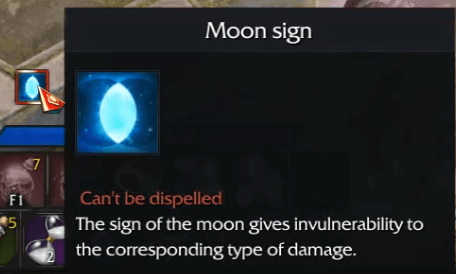 If you look at the diagram below you can see a typical arrangement for the spots layered on top of a clock. We recommend assigning 12 o’clock to the #1 player from each party, and then going clockwise to the #2,3, and 4 players.

Each party will be sun or moon and will go to their spot in the clockwise order. 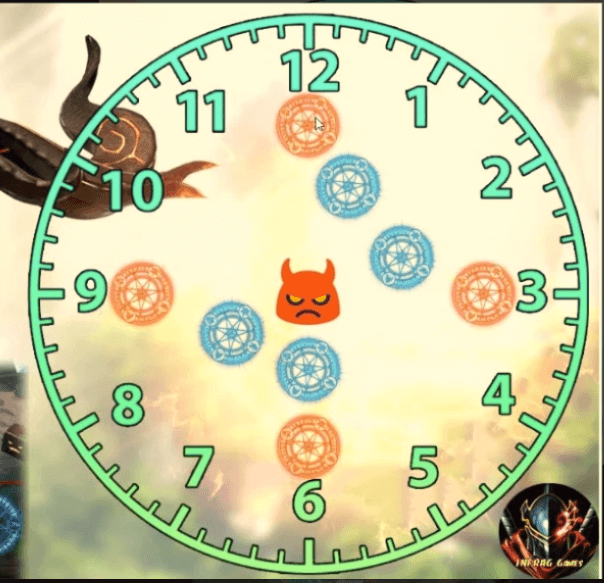 After the Safe Spot mechanic is done, this phase will start. Argos will have a circle under him spawn. This circle will decay over time.

Argos will also begin the phase in the neutral state. Depending on the affix of the player, hitting Argos will move him towards the state of that player(sun or the moon).

If the boss is not in a neutral state when the circle disappears, it will be a wipe. If he is neutral, he will be staggered and the team has a nice DPS window. 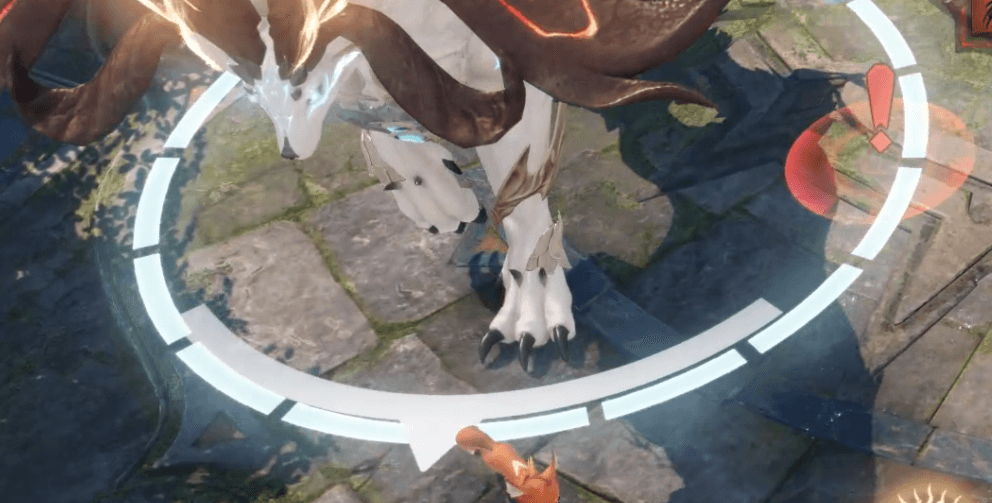 If he either has the sun or moon affix, he wipes the party with the opposite affix, so the easiest way to make sure he is in a neutral state is to just not attack him during this phase.

Not for you? You choose violence? Well, the phase lasts 40 seconds and if you do choose to attack and balance things out, make sure you remember that.

Also remember that every player has 10 stacks to transfer to Argos and each time they hit the boss, one stack transfers over.

So, you have two options:

After you finish the Tranquility phase, the boss will be neutralized. Pay attention to his horns

Argos will smash the ground spawning a sun or moon circle and it takes 4 seconds to explode. If you are the opposite color, you have enough time to run out from it.

Otherwise, feel free to continue doing damage. Careful that Argos usually does it with a slap to stagger you.

Similar to the previous mechanic Argos will spawn a colored ring around him. Anyone can continue to deal damage but party members of the opposite color will start to fill up a yellow bar over their head.

Once that bar is full, they will die. Run out to reset it.

4 orbs will spawn in the area, the party with the matching buff should safely walk through those orbs to absorb them, each party member should take only 1 orb, it does 0 damage, if the same player took more than 1 orb, it will cause high damage.

If a player didn’t take the orb, it will draw a circle that will explode after 4 sec.

Argos will roar and will divide the room around him into Sun and Moon slices that explode after 1 second.

The pattern can happen 2 times or 3 times, 1st two patterns are always opposite of each other, and the 3rd is RNG.

Argos will teleport to the center of the area swinging his head left and right and show a sequence of five Sun and Moon Slices. The last tile of the sequence is the most important one, everyone who is on the wrong spot will take massive damage. The other damage penalties are minor in comparison.

There are 2 options to avoid getting hit and dying to the Mini Pizza mechanic.

1. A player should memorize the safe spots depending on their buff (sun or moon) and execute the sequence correctly.

2. Stand still in the safe spot of the fifth and final tile and use a time stop or protection potion or get a shield from your support.

Luckily the final safe spots always spawn in the same spot, as shown in the following picture: 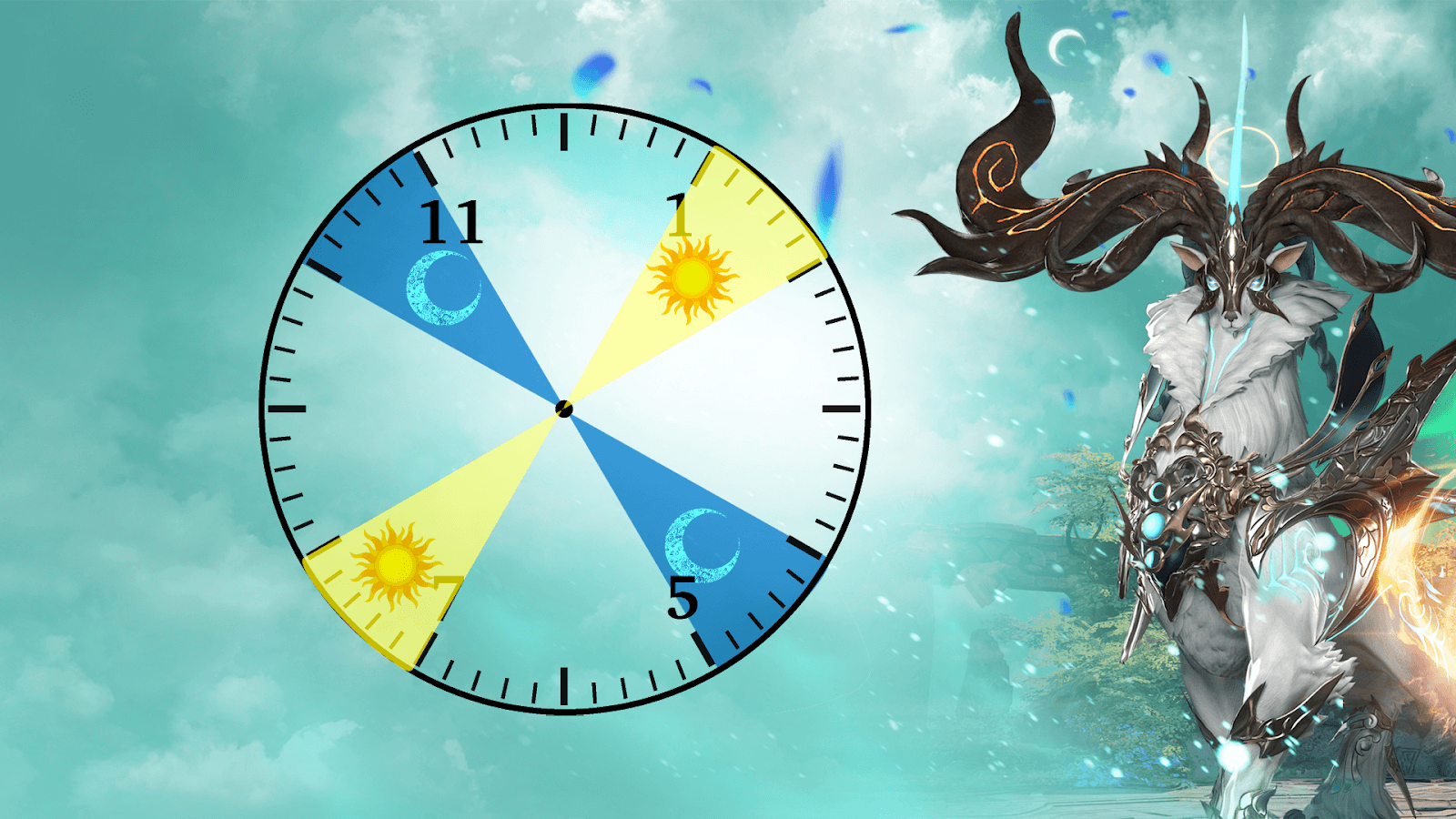 Stands on both legs and smashes the ground with his hooves, causing a knock-up.

Goes invisible and dashes forward a few times, you can see the indicator of his position by looking at the white lines on the floor

Dashes forward 2 times ending with a jump towards a target, causing a knock-up.

Shoots a laser toward a target causing some damage.

Summons and shoots orbs towards a targeted player causing high damage, keep running away if you’re the target to avoid getting your teammates killed.

Jumping and spinning, with a big AoE around.

Safe spot is either close to Argos or far away from Argos.

Goes in a steady mode with white lines are being drawn diagonal or vertical that will explode causing a knock up and some damage once he raise his hands. The safe spot in-between the starting lines.

Stand on back legs slashing with hands, purple and yellow marks will appear on the floor causing big damage, run away from the boss until he finish this pattern.

Does a little jump and kick with legs whoever is standing at his back, it knocks you away from him causing little damage.

Use a skill with tenacity/super armor to avoid the kick or just dash.

If you’ve beaten Phase 1, don’t miss our guides on Phase 2 and Phase 3!