The annual Jungle changes have arrived! In this guide, we’ll be covering the changes to the two main Jungle items, Emberknife (red Smite) and Hailblade (blue smite), as well as the adjustments made to the jungle camps.

Here’s a quick look at what Riot’s motivations and goals were with the offseason changes leading into Season 11:

Their main differences naturally come from their Smites. 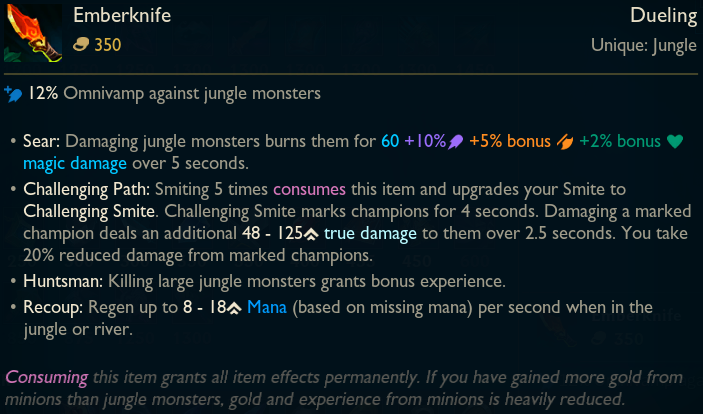 Once you’ve used Smite 5 times, the item is consumed and upgrades your Smite to Challenging Smite.

This Smite allows you to mark a target, deal bonus true damage to them, and take reduced damage from them. 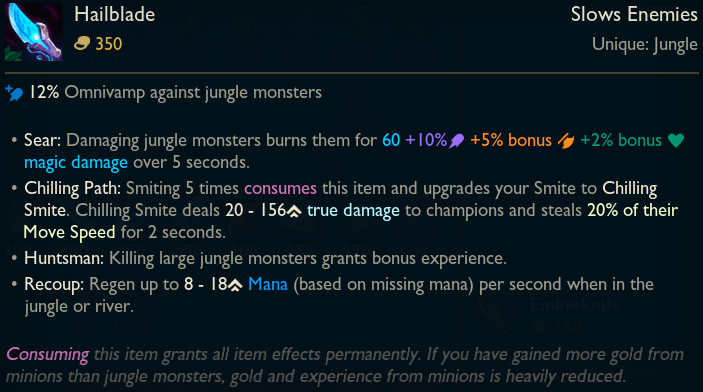 Once you’ve used Smite 5 times, the item is consumed and upgrades your Smite to Chilling Smite. This Smite allows you to deal damage to the enemy and steal some of their movement speed.

Hailblade is a great option for junglers that want to enable their team through utility and CC rather than damage output.

Thankfully there hasn’t been such a huge change this time around for Junglers, but it will definitely take some time to adjust to.

Thank you for reading, we hope you enjoyed this Season 11 jungle breakdown. To find other guides related to the new Season 11 items, head here.