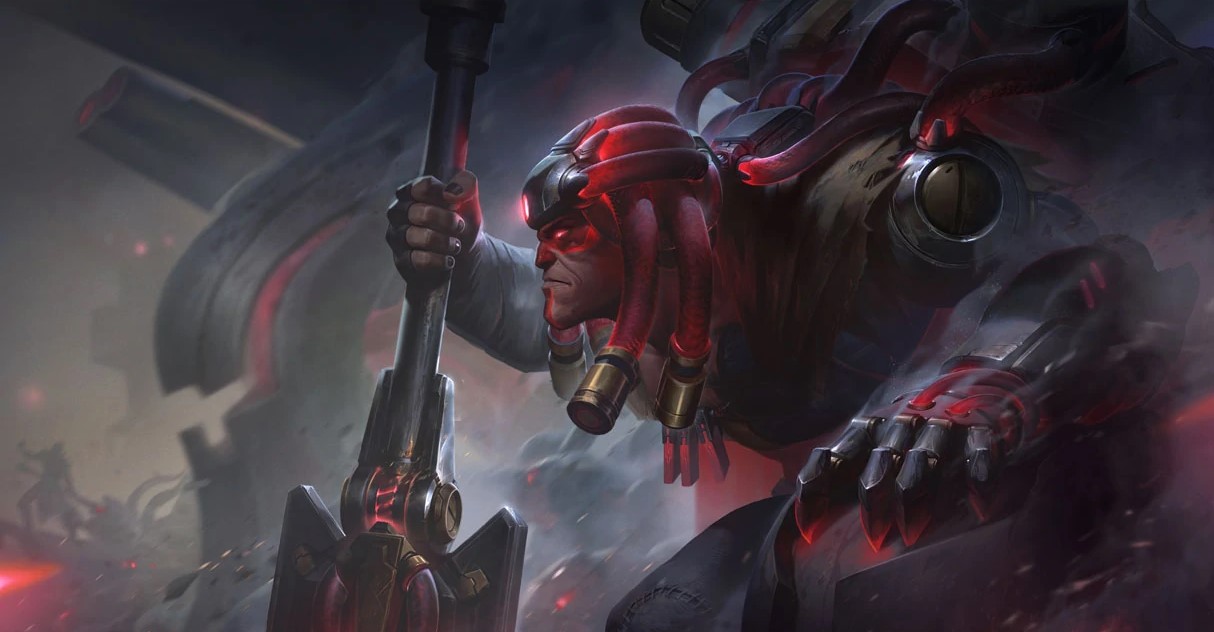 In this edition of our Season 11 new item coverage, we’ll be covering the Mythic items for bruisers and fighters!

If you haven’t heard of Mythic items, here’s a quick description from the patch notes:

Before we begin, note that CDR has been replaced by haste. Haste is similar to cooldown reduction as it allows you to use your abilities more often.

However, it doesn’t have a cap and you can buy as much haste as you like. Riot’s goal with this was to create greater flexibility with builds and how champions can use their abilities.

Some of the following items will have haste so keep an eye out! 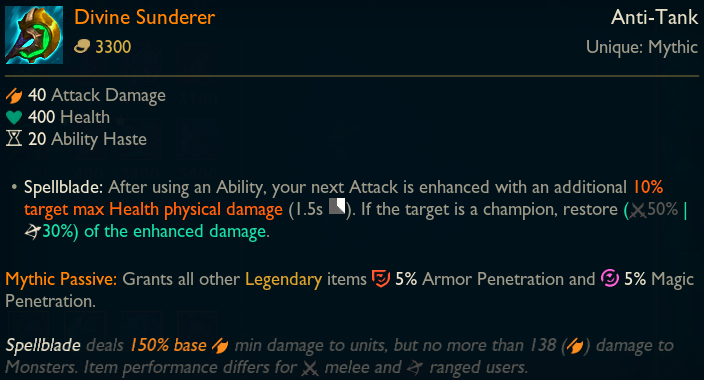 After using an ability, your next attack is enhanced and deals more damage based on the target’s max health.

This along with its Mythic Passive makes Divine Sunderer a solid option against tanky enemies.

This item’s active is a slash that deals bonus damage to nearby enemies and restores missing health for each champion hit, granting duelists some value in teamfights.

The items active allows you to lunge a short distance, dealing damage to enemies and slowing them briefly.

In addition, dealing physical damage grants extra movement speed. Overall, it’s a great choice for champions that want to close the gap and chase their enemies down. 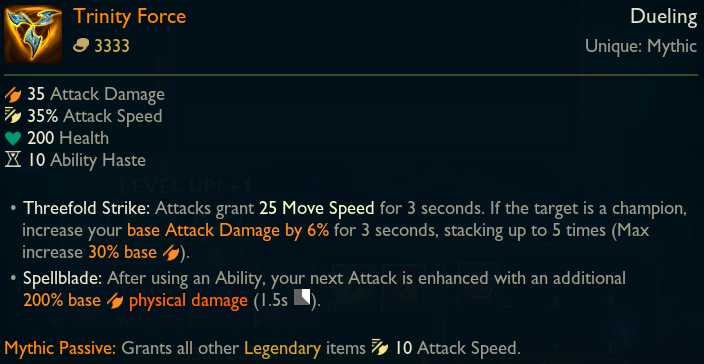 Trinity Force gives AD, attack speed, health, and 10 ability haste. Its main effects are granting move speed when you attack any target and increasing your attack damage if you’re targeting a champion.

It will also grant bonus damage to your next attack after you use an ability, so it’s a good choice for bruisers that wave abilities between their autos often.

Thank you for reading, we hope you enjoyed this bruiser/fighter Mythic item breakdown. To find other guides related to the new Season 11 items, head here.