Tracking Summoner Spells is essential in League of Legends. If you can track Summoner Spells, you will increase your chances of winning games because you know what the enemy has to offer and what they don’t.

There are a plethora of reasons why you should track Summoner Spells, and in this Mobalytics guide, we will break down a lot of information on why to track, how to make tracking easier and much more.

Why You Should Track Summoner Spells in LoL

Tracking Summoner Spells is a valuable tool as it can provide you with some information you can use to win the lane, get kills or make plays around the map. The main thing to take away from tracking is that it provides you with more information, but let’s get into some specifics.

It can help your Jungler gank your lane

One of the benefits of tracking Summoner Spells is that it can enable and entice your Jungler to gank your lane! When the Jungler knows that the enemy doesn’t have their Flash available, they may have a higher chance of ganking your lane as they will be easier to kill.

You can repeatedly kill the enemy laner over and over again with your Jungler if you have lots of CC tools, as they will not be able to dodge them easily. For instance, a Jarvan Ultimate is hard to escape without a Flash or a dash.

You can commit specific abilities to kill them

There are some abilities you may not wish to commit to using on the enemy when they have Flash up, as they can easily escape or dodge them. Remember that Flash acts like a dash, so they can quickly Flash out of it.

Players might wish to hold on to specific abilities because the enemy can get out of the way of them. This includes the likes of Jinx Rocket or Malzahar Ultimate.

You will not need to worry about the enemy Flashing or escaping when their Flash is down; don’t be afraid to make plays with CC abilities, and make sure you commit to using abilities to catch the enemy out of position.

It helps you get kills in the lane

When you know the enemy doesn’t have Flash, you can zone them away from the farm and then all-in them while they’re overextended. You can capitalise on the fact that they do not have Flash to kill them repeatedly while they push up to last-hit minions.

On the other hand, did you know that Ignite is on a shorter cooldown than Heal? Knowing that the enemy doesn’t have Heal for a little while could let you get a kill on the enemy. This, in particular, is a fantastic way of gaining an edge over the enemy.

Why Tracking Summoner Spells Was Hard

One way to check a Spell’s specific cooldown is by hovering over it on the leaderboard. If you do this at the start of the game, then you can see if the enemy has taken Cosmic Insight, as Cosmic Insight reduces cooldowns such as Summoner Spells.

From there, you also needed to track the items the enemy purchased throughout the game, as Ionion Boots of Lucidity also reduce the Summoner Spell cooldowns.

Something to also bear in mind is that you need to remember that the spell is actually on cooldown. Some very high ELO players will write the cooldown in the chat to remember, but not everyone does this. Because there was no way to track it properly, it was easy to forget the timer of Flash or other Summoner Spells, until now.

How to Track Summoner Spells With Mobalytics

Tracking Summoner Spells has become so much easier with the Mobalytics App. You can now effectively track Summoner Spells by clicking on the bar, and it will automatically start ticking down the timer for the enemies Spells for you. There is no need to write the timer in chat or ask yourself, “does the enemy have Flash” ever again. 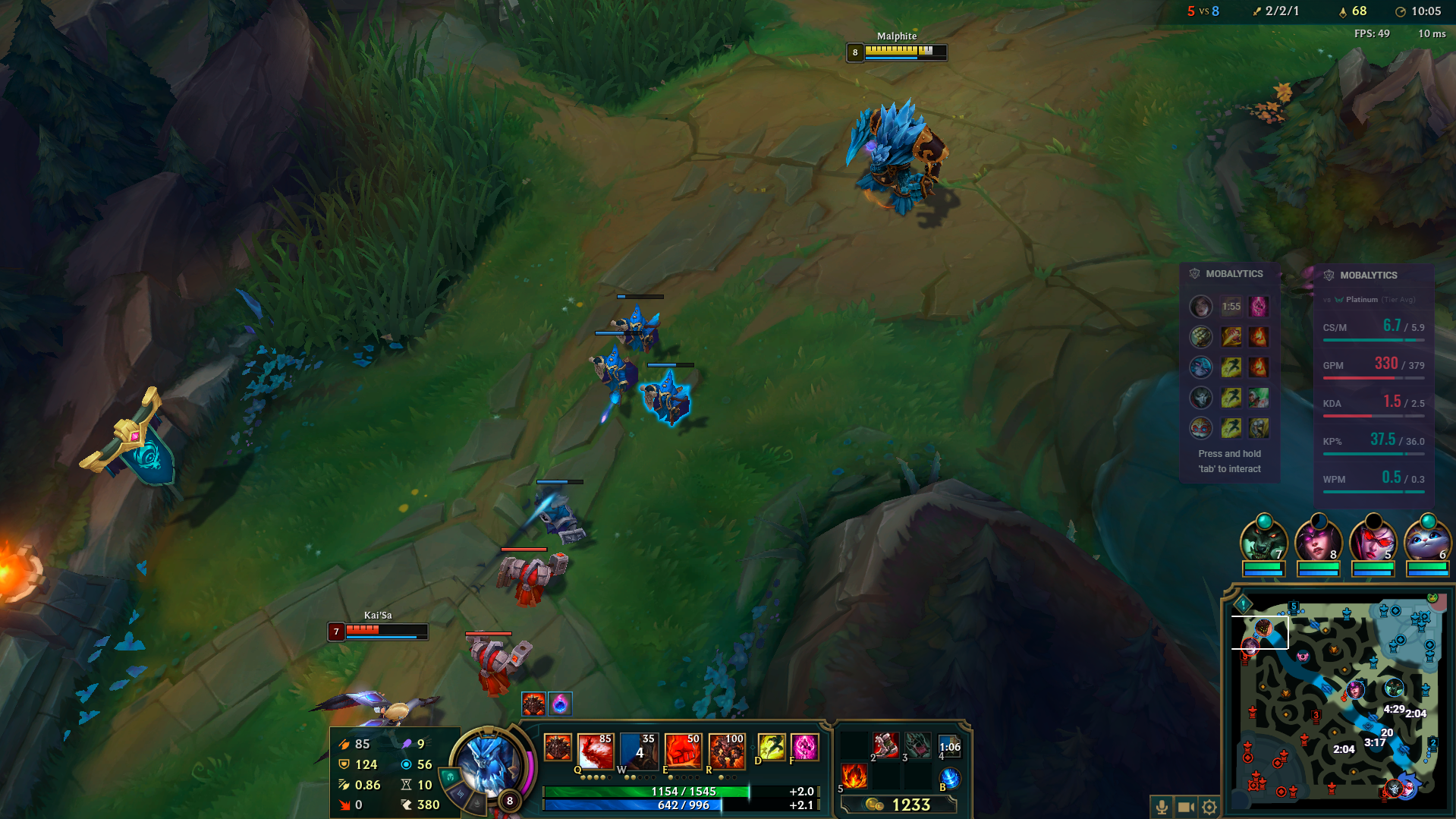 I clicked on her spell shortly after she used Flash. This let me know that she doesn’t have Flash again for a short period of time, which I was able to capitalise on.

You can track the Summoner Spells of the whole enemy team. This is especially good as the Jungler, as you’ll know who is easier to gank and who isn’t. All you need to do is press tab on your keyboard, then click on the Summoner Spell you wish to time.

To make life easier for you, download our Mobalytics App so you can use our free Summoner Spell Timer tool.

And that about sums up our guide on tracking Summoner Spells for League of Legends. We hope that it has made tracking them a little easier for you and, most importantly, that you start to track Summoner Spells!