How to Track LP by Game in League of Legends

How To Track Your LP in League of Legends

If you play ranked League of Legends, League Points, most widely known as “LP”, are the key to your destiny.

This is because LP determines how close or far you are to reaching the next ranked tier or division.

In this beginner guide, we’ll cover how to track your LP over time and help you understand the ups and downs of your ranked climb.

To access the tools we’re featuring, just head to Mobalytics!

How Does LP Work in LoL?

At surface level, LP is very simple. When you win, you’ll earn LP and when you lose, you’ll lose LP.

The amount of LP you gain or lose is influenced by something called your “MMR” or match-making rating, which is a hidden ranking that represents the actual skill that League of Legends rates you at.

This is because a player can be better or worse than their current ranking.

For example, a Bronze player could spend a lot of time grinding normal matches or get lessons that cause their skill level to increase while they aren’t playing ranked.

Once they start playing ranked again, Riot’s MMR system may detect that they’re playing at a Silver or Gold level, and then cause their LP gains per game to increase.

The reverse can also happen. Let’s say you’re a Gold player who takes a long break for several months and your actual level of play degrades to a Silver level.

How much LP do you need to climb in League of Legends?

The amount of LP you need to climb is determined by what rank you’re targeting.

For Iron to Diamond, there are four divisions within each tier. For example, Iron IV is the lowest rank you can attain which progresses to Iron III, Iron II, Iron I until you finally hit Bronze IV.

However, if you’re trying to climb from Bronze I to Silver IV, you’ll not only need 100 LP, but you’ll also need to win a best of five series, needing at least three wins to progress. 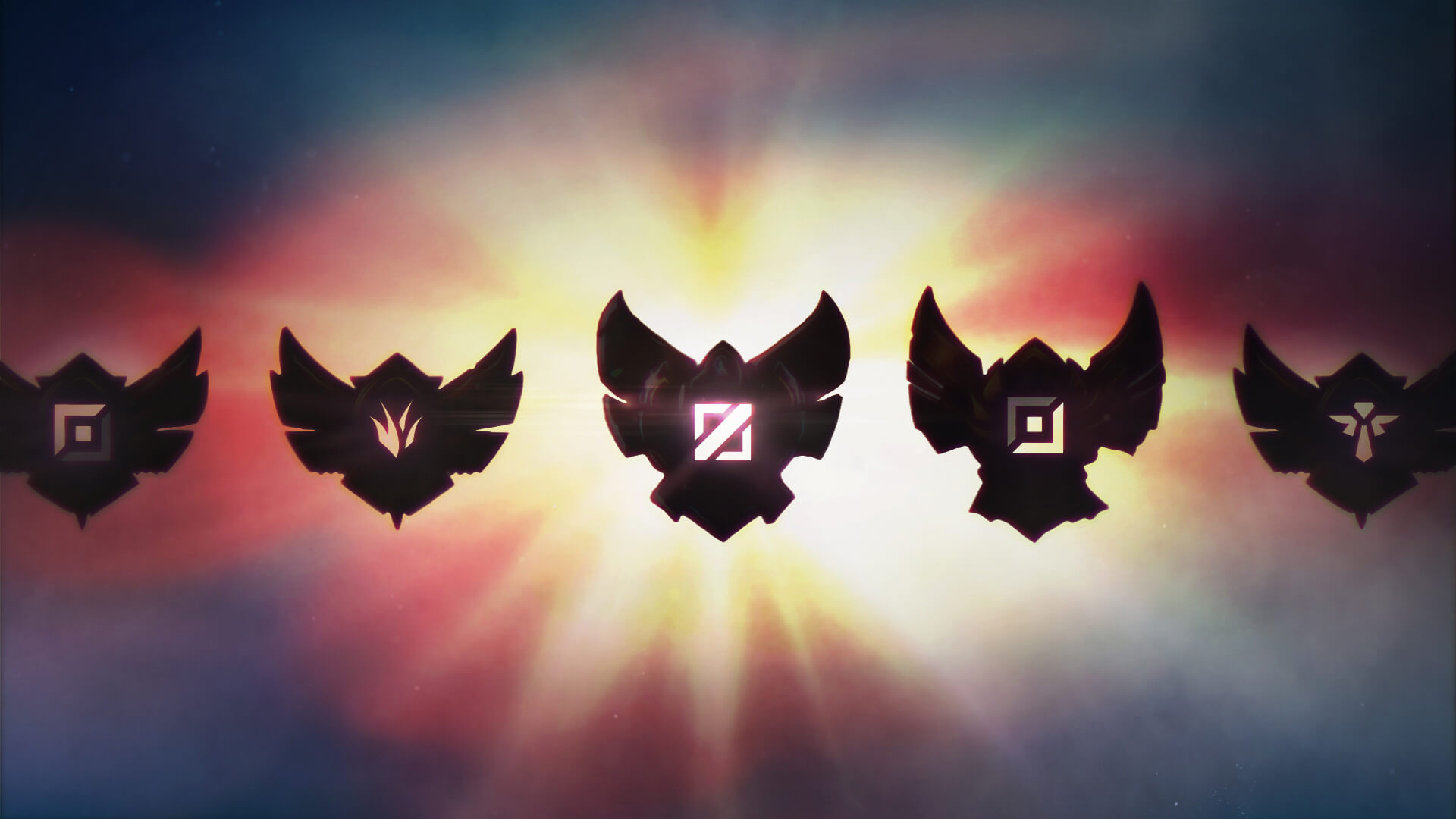 This system maintains until you reach Master to Challenger. Since these are known as the “apex tiers”, you’ll accumulate LP past 100 to try to reach thresholds.

The minimum threshold to be Grandmaster is 200 LP while Challenger requires 500 LP.

However, in each server, there are a limited amount of spots depending on its size.

For example, in NA and EU, there are 700 Grandmasters and 300 Challengers in each server.

So even if you’re past the minimum number of LP, you’ll need to be in that top threshold in order to become and maintain that rank.

Track LP by Game with the Mobalytics Profile

Now that we’ve covered how LP works, let’s dive into what you came here for – how to track your LP from game to game.

First off, head to your Mobalytics Profile with the summoner name that you want to track.

Scroll down to your match history and on the bottom left corner, below your champion’s icon, you’ll see your LP won or lost during that game. 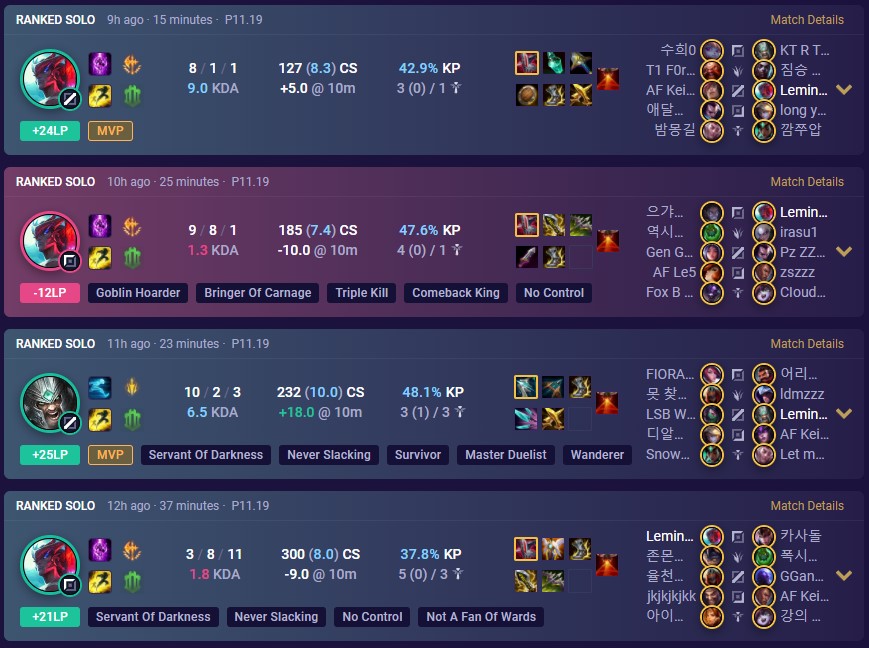 This is useful for tracking your most recent progress, but if you want a bigger picture, click on the LP gains tab.

Doing so will reveal a graph that zooms out to show the ups and downs of your climb throughout the ranked tiers.

You can even filter by a particular patch, role, or champion. 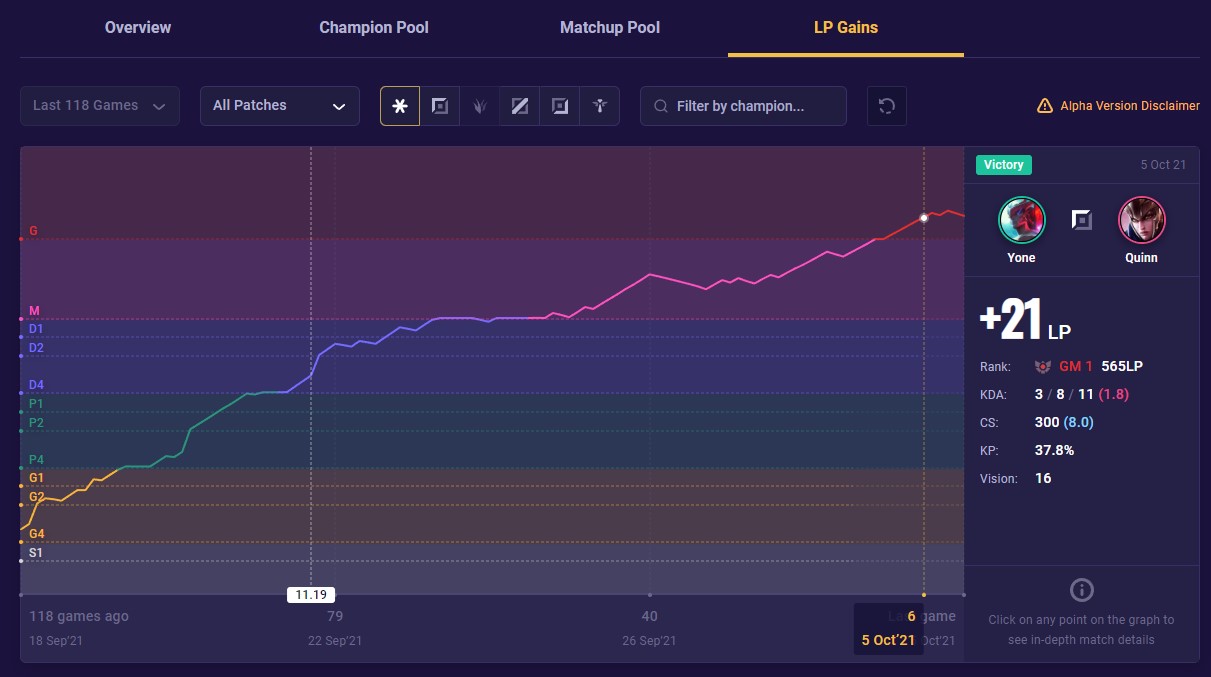 By hovering anywhere on the graph, you’ll see details pop up about that point in time with your LP gained or lost, the rank at the time, along with stats like your KDA, CS, Kill Participation, and Vision score.

By clicking on that match, you’ll be brought straight to its Post Game. 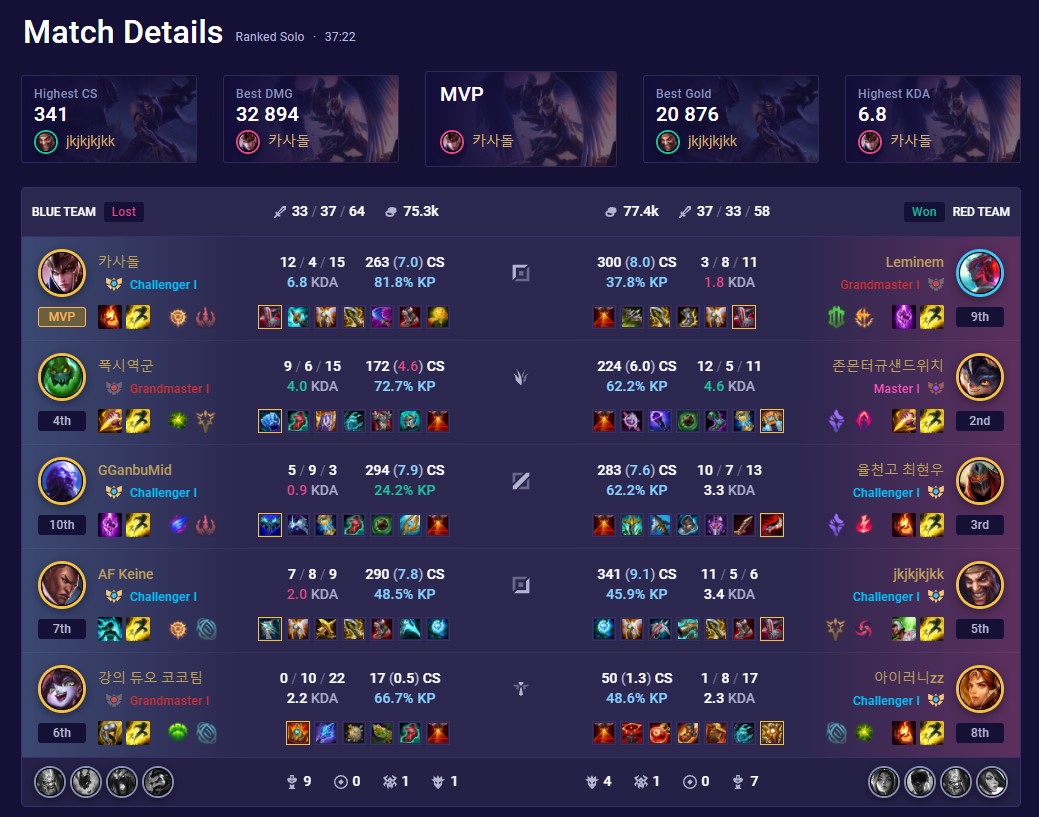 So if you ever want to revisit a particular good or bad streak, you can easily see the details of your games to try to either replicate your success or avoid what went wrong.

If you’re finding yourself “hardstuck” and unable to climb past a plateau, consider trying this out.

That’s all for now, we hope you found this article useful.

So what are you waiting for?

Get back out there and hit your ranked goals!

To see LP gains by game and your LP graph, just head to your Mobalytics Profile.