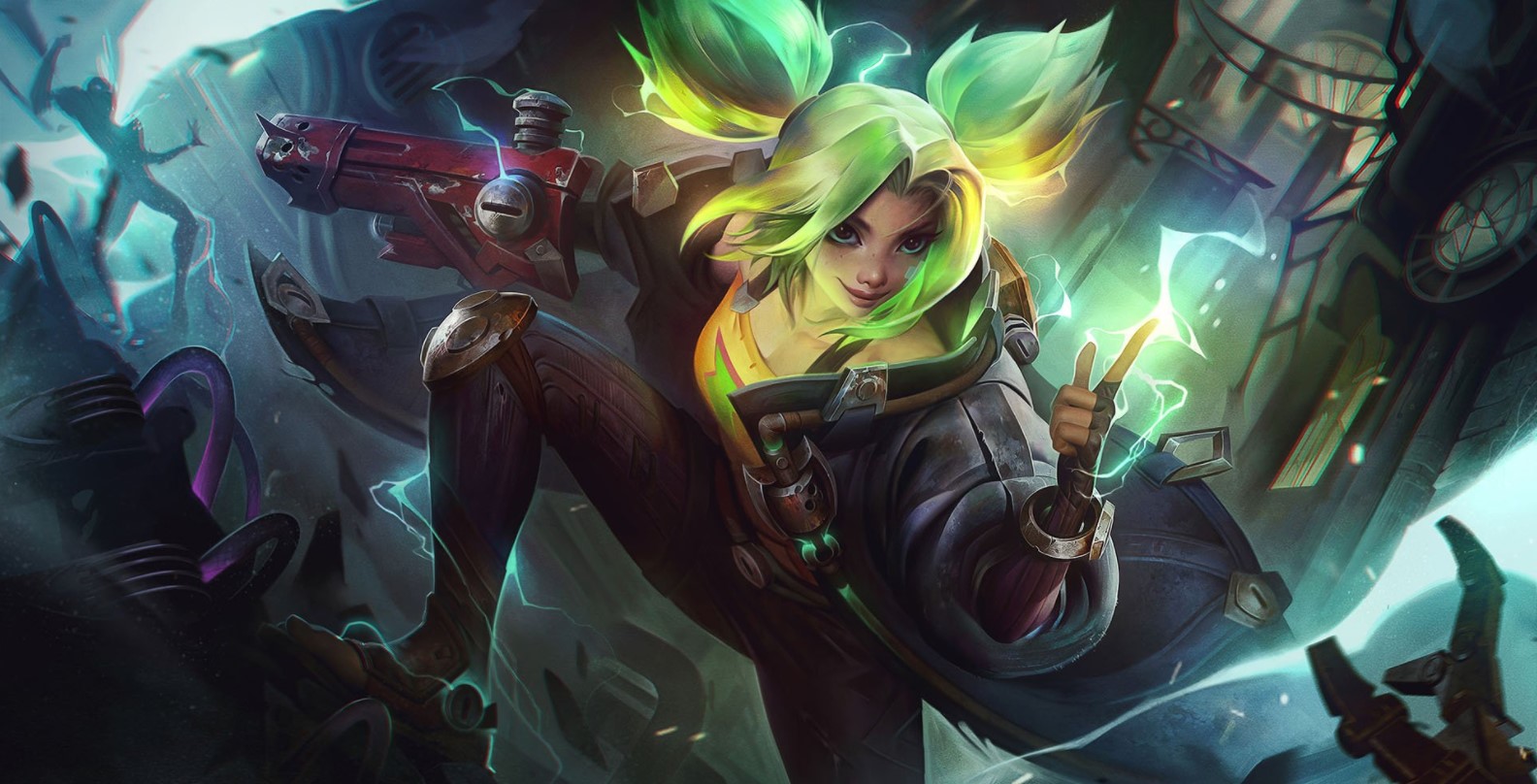 How to Play Zeri (Abilities, Builds, and Tips)

Zeri is the first champion to hit Summoners Rift in 2022. The new year has just started, and Riot is already releasing a new champion! She is a Marksman who will be predominantly played in the bottom lane.

Zeri has an interesting concept with many tools older champions would literally die for! She has lots of mobility, lots of damage, and has a large AOE on her Ultimate!

Unlike most champions in the game, Riot noted that she would use her Q more often to secure minions rather than use her basic attacks.

In this Mobalytics guide, we will discuss some basic tips on playing Zeri in League of Legends. Before we begin, this is intended to give you a fundamental overview of her and is not meant to be an in-depth guide. Sign up to Mobalytics for more tips to improve your climb!

If you want to know more tips on playing as Zeri, learn up-to-date builds and see who she counters or gets countered by, check out Zeri’s champion page. 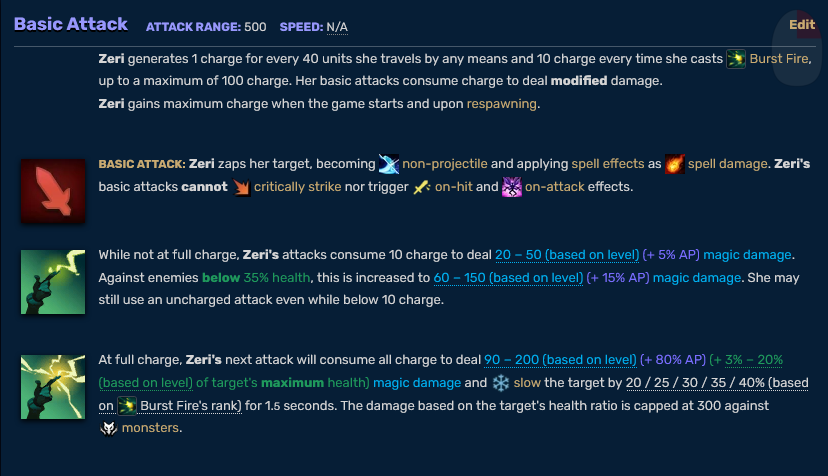 Zeri gains bonus movement speed whenever she gains a shield. If she damages an enemy who is shielded, she absorbs the shield herself.

An interesting concept which works pretty well in the current state of League of Legends. As so many champions have shields and heals nowadays, this makes her a really up to date champ.

The slow from Zeri’s basic attacks is increased. When she activates this ability, she damages the first enemy the spell hits.

Her Q is pretty cool, to be honest. She will be using this to last hit with and will be the main source of damage throughout the game.

She fires a pulse in a target direction that deals damage and slows the first enemy hit. If it collides with walls, it transforms into a laser that damages all enemies hit.

Her W is good, but you probably don’t want to use it often in lane unless the target is heavily miss positioned.

Zeri dashes and empowers her next 3 auto attacks, causing them to go through enemies whilst dealing reduced damage. If Zeri uses her dash across the terrain, she dashes much further.

Her E cooldown can be reduced by auto-attacking or using her Q, which is nice as her E has a long cooldown at all ranks.

Honestly, this is a pretty cool ability. The extra range over terrain offers her much playmaking potential, especially when combined with her Ultimate. Although, I think this ability could be ridiculously obnoxious and annoying to play against. 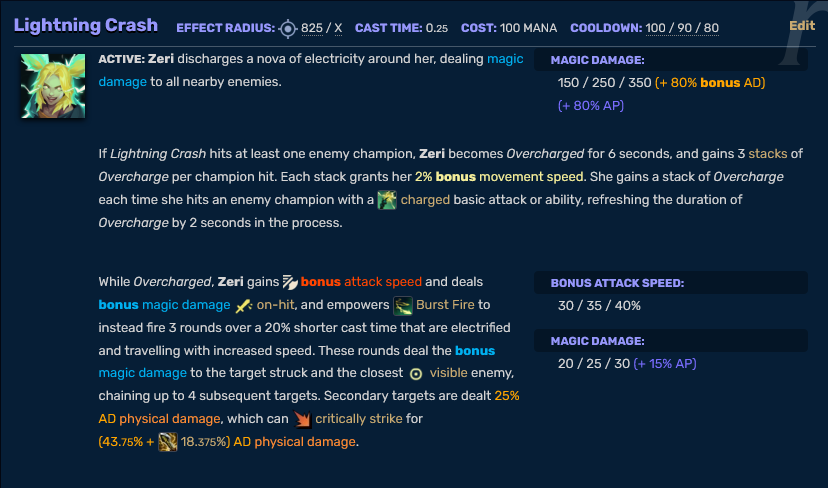 Zeri discharges electricity, dealing damage to all nearby enemies. If she hits at least 1 enemy champ, she becomes overcharged. While overcharged, she gains bonus stats that enhance her damage output.

Her Ultimate is pretty interesting and can surprise the enemy, especially when paired with her E. I think this ability is pretty cool and reminds me of Blitzcrank’s Ultimate.

Here are some example builds for Zeri we’ve been trailing on the PBE. Realistically speaking, the best build and rune page may not have been found yet, as not everyone has access to the PBE to test her out. We will update this build frequently as she is released onto the live servers.

Stay up to date with Zeri’s latest champion rune/item builds and import them directly into your client hassle-free with the Mobalytics App.

Come back shortly after her launch to see if we’ve adjusted these runes for her.

Remember to adjust your runes according to your matchup. For example, you can consider double armor against AD champs and one magic resist rune against an AP laner.

This is a test build for Zeri. As we talked about previously, there is no “best setup” for her yet. Check back frequently to see if this build has changed for Zeri.

Zeri deals mixed damage, so try out different builds and item combinations on her! You may find something that you really like!

Teamfighting for Zeri can be very impactful especially with her Ultimate. The thing is not to just run-in with your E over terrain to use your Ultimate regardless of how tempting it is.

If you do wish to go for this type of play, make sure your allies are in a position to follow up or make sure they go in just before you so they can soak up some of the damage.

If you’re not strong, avoid going for this all-in play regardless. Look to peel for yourself and play as far back as possible: kitting with your basic attacks and your Q to stay alive and deal damage.

Stand in the backline with your Support so they can protect you. Be prepared to use your Ultimate as a self peel tool if necessary.

Here are some very basic beginner tips to get you started when you’ve just unlocked the new champion!

The new champion is out very soon. When she arrives, don’t play her in ranked, and start off in normals first. We hope that this guide has offered you some things to get you started when playing the latest champion to hit Summoners Rift, Zeri.