How to Play Vex

How to Play Vex

The third champion to hit Summoners Rift is coming soon. She is the most relatable League of Legends character to date, and Vex will be released on Patch 11.19.

She is an angsty teen Yordle, even though she is pretty old. Vex is a mage that is anti-dash and good at shutting down mobile champions.

In this Mobalytics guide, we will go over basic tips and tricks to help you learn Vex in League of Legends, including Vex runes, Vex build, general tips and tricks, and much more.

To get more tips and tricks to help you climb, sign up for a free Mobalytics account.

To start this how-to guide, we must first break down Vex’s abilities!

Note that this information and the numbers in this guide may differ slightly as they’re based on her PBE stats.

Vex periodically gains doom which causes their next auto attack to knock down and fear the affected target.

Nearby enemy champions that have dashes or blinks and enemies hit by her E will be marked with Gloom for 6 seconds. Throwing autos, Q or W against a marked enemy will consume the mark and deal extra damage.

Against marked minions, gloom refunds some of its cooldowns.

This is a cool idea for a Passive. As far as I can tell, if someone uses a dash, you can deal some damage to them, and you burst them down.

Vex unleashes a wave of mist in the target direction, which deals damage and accelerates in speed. The width of this wave is reduced the further it travels.

Pretty standard ability on some older champions. Nothing to fancy to discuss here.

Vex emits a shockwave around her, gains a shield and deals damage to enemies.

This ability could be pretty valuable as a self peel tool. However, the shield strength isn’t the best in the early ranks.

Vex commands shadow to fly to a target location. Upon arrival, Shadow deals magic damage and slows targets for 2 seconds.

This is the first ability that talks or utilizes Vex’s shadow. This tool can be used as a zoning tool and be quite impactful at peeling for her allies or setting up fights. 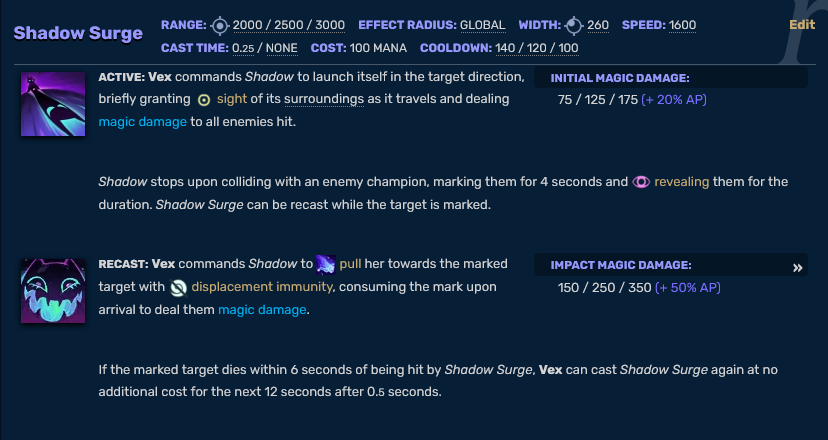 Vex commands Shadow to launch itself in a target direction and dealing damage to all enemies they hit. Shadow stops upon colliding with an enemy champion: marking them and revealing them for 4 seconds. Her Ultimate can be recast while a target is marked.

Recast: Vex commands Shadow to pull her towards the marked target- consuming the mark and dealing damage to them.

If the marked target dies within 6 seconds of being hit by her Ultimate, Vex can cast it again for no additional cost within the next 12 seconds.

We’ve done some testing on the PBE to find which runes are good for Vex, and here is the setup we have made. Unfortunately, we may not have found the next Vex runes and best Vex build yet, as not everyone has access to the PBE to test builds for her.

This is a test build for Vex. Like we talked about previously, there is no “best setup” for her yet. Check back frequently to see if this Vex build changes. 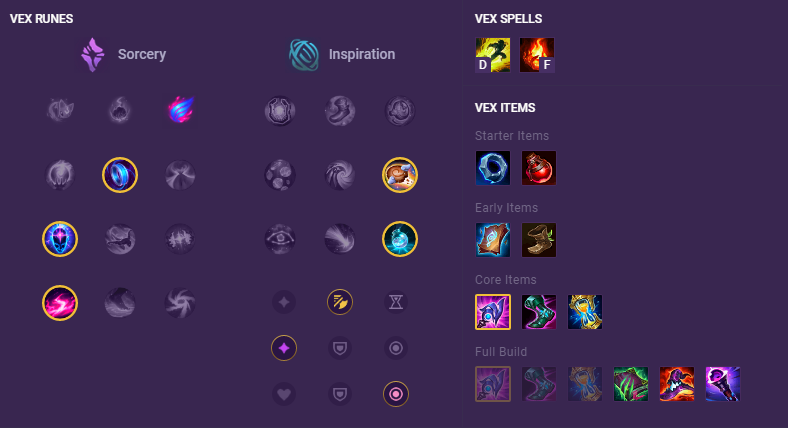 The new champion seems pretty basic on paper. It’s nice for Riot to introduce a “basic” champion again after some of the recent champions released. I can’t wait to give this Yordle a try!

Vex hits the live servers on Patch 11.19. What do you think of her? Can you relate to this champion? Do you think she will be fun to play as and against? Or will she be your go-to ban in the upcoming patch? Let us know! 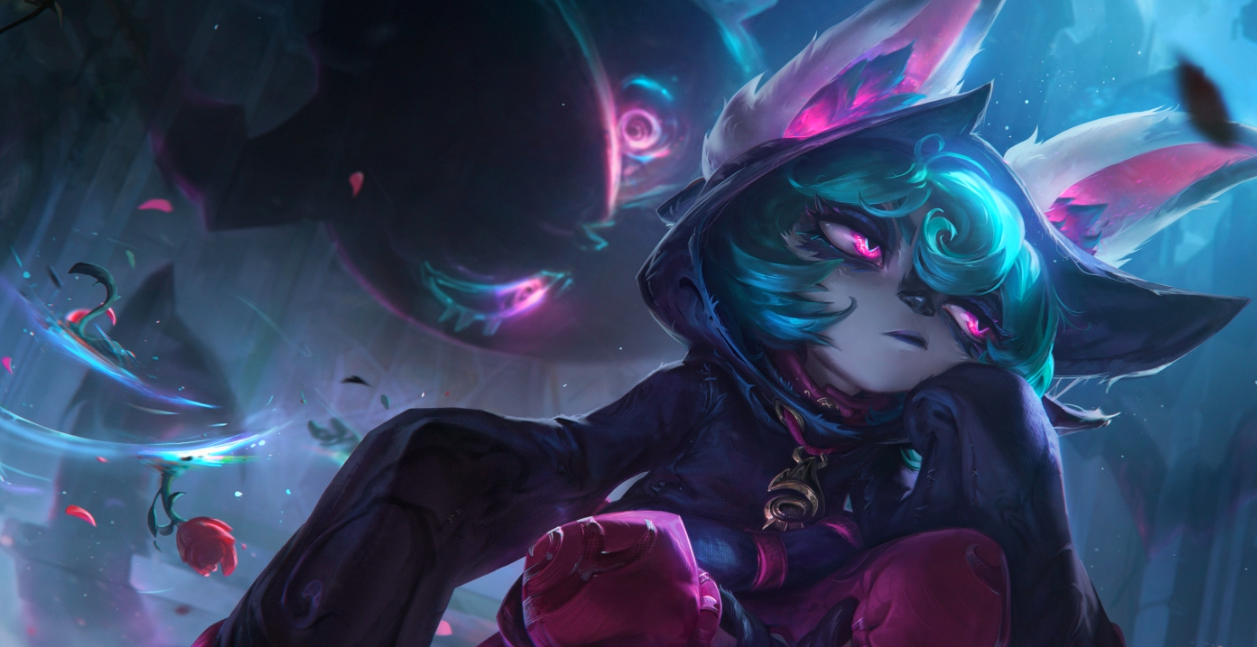 Most popular questions about Vex

What role is Vex in LOL?

We think Vex will be effective in the mid lane. However, this may change after more information and stats are found.

Will Vex be good in LoL?

Vex will be good in League of Legends. She counters champions with mobility. We will have to see, though, and only time will tell to see how strong or weak Vex is in LoL.