How to Counter Renata Glasc

How to Counter Renata Glasc

Renata Glasc is the latest champion to hit Summoners Rift. We’re not even through the first quarter of 2022, and Riot has released the second champion of the season already! Dam! We’ve witnessed this champion dominate Summoners Rift lately by pros, streamers and we’ve even played her ourselves.

She will be a Support who empowers her allies and is more utility-focused than a tank. In this Mobalytics guide, we will give you some tips and tricks to help you play against the newest champion, Renata Glasc, to help you counter her. We will also give you five champions to play into her in the bottom lane.

1. Ban Her In Ranked

Whenever a new champion is released, our first advice is to ban them if you’re playing ranked. The likelihood is that the enemy will pick it, or someone on your team will. If your laners do not know how the new champion works, it will be tough for them to lane against her.

Our advice is to ban the champion so no one can pick it, which will increase your chances of winning the game as everyone knows what the rest of the champions do. As the new champion has unique abilities, the community may feel like she is OP, so it’s best not to play against her if you can.

Riot has a history of releasing a champion and then immediately nerfing and hot fixing them, so I expect them to do the same with Renata.

2. Watch Your Positioning In Lane

Renata’s Q is an ability that roots the first enemy it hits. It can be one of the main forms of engage or trading during the laning phase, and it can also be used to start skirmishes or set up her Jungler.

You can prevent her from ever being able to engage or look for a fight during the laning phase by watching your positioning and standing behind minions at all times. The minions will block her Q, preventing her from playing aggressively.

Something to keep in mind is that she is a ranged champion, so when playing as a melee champ, you shouldn’t stand too far forward when you can’t play aggressive, as she could potentially bully and harass you for free. Only walk forward if you’re in a position to go in.

3. Don’t Fight In The Jungle

Renata is very good at fighting in the jungle as her Ultimate covers a large part of the map when it’s thrown out. Teams will generally be grouped quite close inside the jungle; it will be hard for your team to dodge it.

Look at the first part of this video. Fighting in the jungle as Renata is so OP! Make sure you never fight against her in there.

If she can get a multi-person Ultimate off, it can be devastating for your team and cost you the fight.

It is best to fight in the open or in areas of the map where you’re not going to be grouped so tightly together, for instance, in the mid lane or away from objectives.

Similarly, don’t fight around objectives like the Baron or Dragon. If you fight around these objectives, you’re allowing her to land a perfect Ultimate on your team.

Teams will be grouped around these objectives, so if you see that she is approaching your team, she could quickly get a huge Ultimate off. Instead, disengage when you see her coming. Walk back, and split up slightly, so she cannot land her Ultimate on your whole team.

Her Ultimate is relatively slow-moving but incredibly strong. Expect her to flank in team fights or use her Ultimate from the side. This makes it harder to react to as you will not necessarily see it coming.

When sieging objectives like towers or the Baron and Dragon, make sure you ward your flanks so you can see her before she activates her Ultimate. If you see her activate it, you can disengage or reposition, so it doesn’t hit you.

Place vision around the objectives and to the side to help you spot her earlier.

Investing in healing reduction items will be helpful against her as it will reduce the strengths of said heals and shields. Items that are good for this include Executioner’s Calling, Morellonomicon and Serpent’s Fang. 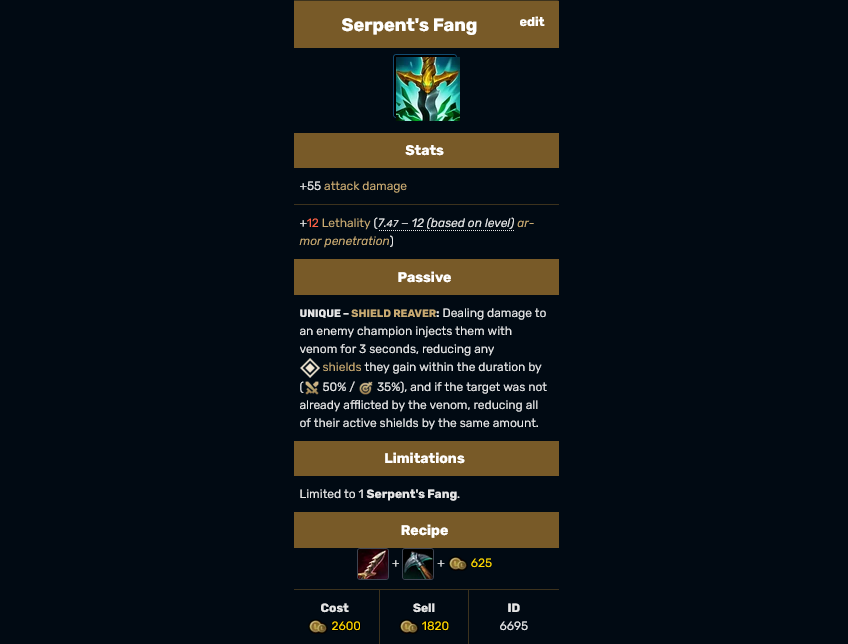 There are a few champions that counter Renata. However, it’s hard to say for sure who the best counters are, and time will only tell. Champions with CC will do well into her as they can lock her down. 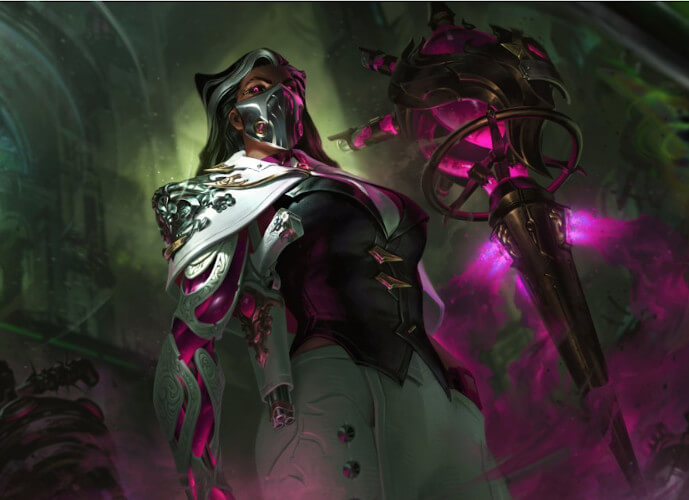