How to Get the Best Start to Ranked in Season 12

Getting the best start to ranked is very important for a lot of players. Winning games, gaining LP and hitting those ranked goals is something every player has in mind. However, some things can be preventing you from having a good climb and getting the best start possible to ranked. Get ready for the new Season of LoL! It starts on the 7th of January!

In this Mobalytics guide, we will discuss five tips to help you get the best start to ranked. This guide is aimed at newer players or players who may have only been playing for a season or two. It is not aimed at diehard veterans with 1000’s of games under their belt.

How to Get the Best Start to Ranked in Season 12

1. Understand What Each Champion Does

Feel free to skip this one if you are not a new player or this isn’t your first season. Before heading into ranked, make sure you have a basic understanding of what every champion in League of Legends does.

You would be surprised at how many people don’t understand the core concepts of every champion in the game. While you don’t need to necessarily know how much damage somebody does, having an understanding of what their abilities do is vital. 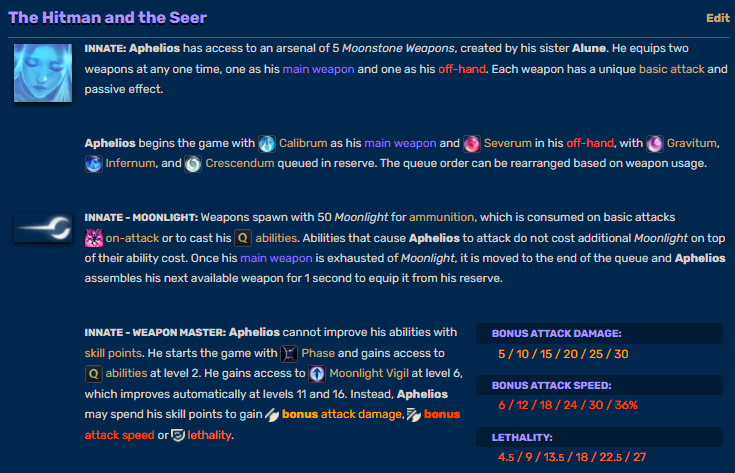 Do you know what each of Aphelios’ weapons and colours are?

There are over 150 champions in League of Legends, which can cause a small problem. Most players like several champions and want to play many of them. The issue arises when these champions are not played in the same roles. For optimal climbing and to get the best start, you should stick to one role followed by a backup role.

When you play one role over and over again, you naturally get better at it. If you split your time between all 5 roles in the game, you’re going to find it more challenging than somebody who plays just one as they will be putting all their time into that one role.

Make sure you stick to one role in ranked and only play that role. Have a backup role that you understand but don’t main, just in case you get your secondary pick. Don’t switch between all the roles, as you’ll be doing yourself a disservice.

Right now, it would be best if you were playing lots of League of Legends. When doing so, you may find yourself coming up against certain champions over and over again with very high pick rates and great win rates. For the optimal climb, make sure you ban potent champions in the current meta or champions that you’ve really cannot play against.

I can’t tell you how frustrating it is to play ranked and somebody in your team bans a champion that either nobody plays or doesn’t ban anything at all.

If you are unsure on who to ban, you could always look at the Mobalytics Tier list to see which champions are strong and potentially ban one of those instead.

In Season 11, Riot introduced and changed tons of items and Runes. Some of your favourite champions may have changed their recommended build paths or taken different Rune setups.

It is essential to research and find out the best build and recommended Rune page for your champion. Taking the best Runes and building the strongest items on your champion will give you an edge over the enemy. 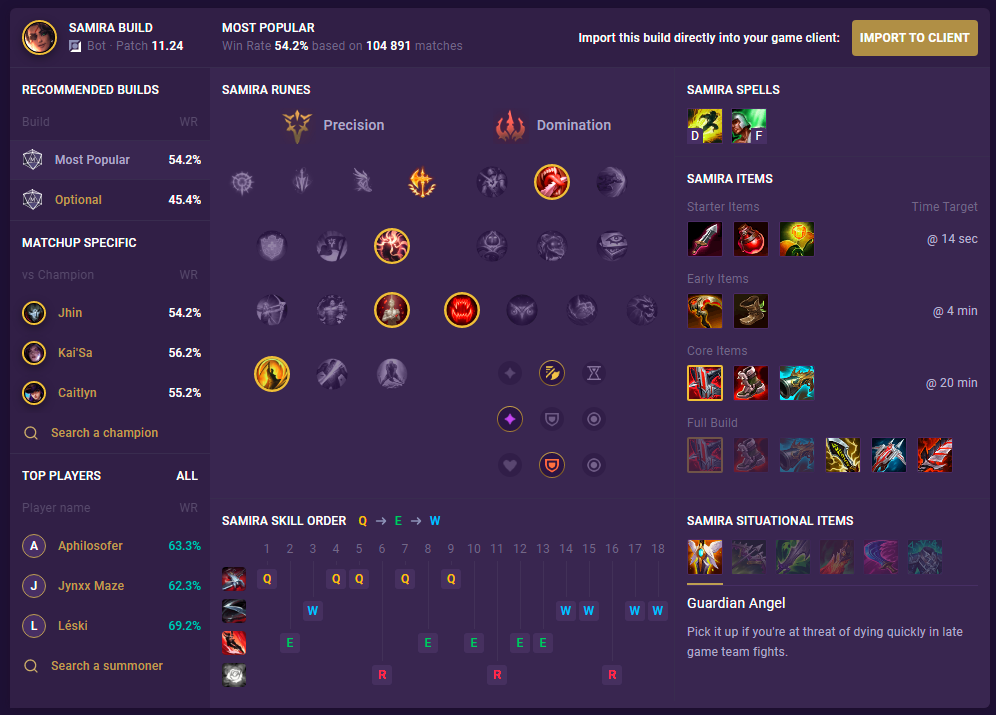 You can find the best Runes and builds by heading over to the Champion Pages on the Mobalytics site. You can also get these directly imported and adjusted automatically with the Mobalytics App, so you don’t have to worry about potential changes.

At the end of the day, if you don’t feel the correct items, the enemy will be stronger than you, and you’re most likely to lose games due to poor item optimisation.

If this is your first season, don’t play ranked if you’ve just hit level 30. I’ll try to word this in the nicest possible way. You’re not good enough to perform well in ranked, and you’ll find it is an entirely different environment to normal games or versus bots.

I have seen so many people hit level 30, start ranked and then stop playing the game because of how hard, and different the game is when playing in a more competitive environment. I’ve even seen posts and threads of people being upset and instantly regretting queueing for ranked.

I would highly recommend you not play ranked if you’ve just hit level 30 for the first time. After all, you’ll be put in a very low rank and find it hard to climb out of it, especially if you’re new versus somewhat experienced players.

That about sums up our article to help you get the best start to ranked in Season 12. Please remember that this article was aimed at newer players or people who’ve not been playing for too long.

Please make sure you do everything we said in this guide to help optimise your climb for Season 12!