Where did 2022 go, huh? It’s that time again, new year, new me and a new Season to grind in League of Legends. With every new Season of LoL, it’s important that you get the best start to the Season as possible and gain as much LP as quickly as you can.

In this Mobalytics article, we will discuss several tips and tricks to help you get the best start possible in Season 13 of League of Legends. This guide is aimed at new players or players who might be dabbling in Ranked for the first time this year. Sorry to say this, but this guide is not aimed at players who have been playing for years and have tons of games under their belt.

For more tips and tricks on how to improve and assist you in your early Season climb, make sure you sign up for a free Mobalytics account!

This sounds incredibly unproductive when we’re telling you how to get the best start to the new Season. You want us to not play Ranked? Exactly. If you’ve just hit level 30, you are “qualifies” and achieved the bare minimum in order to play competitive League of Legends. However, just because you’ve reached this level, it doesn’t mean you’re in a position where you should play ranked.

Let’s use a real-life example, shall we? You’re a 17 year old whose just past their driving test. You’re going to buy your first car- what do you get? You can afford the lambo, but you’re not going to buy the lambo because you’re not experienced enough to drive a car this fast. Your best bet is to get a cheap, reliable, unappealing car so you get experience. From there, you can get the lambo once you’re more experienced (or invest your money, what do I care, you do you).

The same principle applies in League of Legends. Just because you can play Ranked, it doesn’t mean you should. The more you play, the more you will learn about League of Legends, and the better you will be. The more depth we go into this guide, the clearer this point will become. But basically, you need more experience and you’re still going to be a rookie even at level 30.

2. Learn What Each Champion Does

By this time, League has over 160 champions, with more planned in the near future. Riot has done an amazing job at constantly bringing new champions to the game. They’re even updating old champions, bringing them up to standard as some of the new releases.

With so many releases happening and Riot updating champions, it’s easy to get lost in understanding what each champion does. The thing is, you really need to know what each champion’s abilities are, their passive and how each champion works. If you don’t, you’ll find beating them really hard as you won’t understand what they do.

Every champion has at least one dominant role, but most champions can be played in several roles. This offers a lot of variety to champions in League of Legends. Because there are so many different variations accessible to you, you might want to play many different champions in many different roles. However, for the longevity of your climb- this isn’t recommended.

Playing every role in the game will decrease your chances of winning because you will not have the same experience on each role. Let’s say you’re a top lane main with secondary Jungle but have started playing ADC. Your ADC gameplay will not be as strong compared to your main and secondary roles.

If the enemy ADC is an ADC main, you’ll get outclassed throughout the game, which will result in you losing. I recommend sticking to your main role, having a backup role and only playing these two roles. Avoid playing fill, and stick to your 2 roles.

Over the years, Riot has improved their recommend item builds for everyone. They’ve put great measures into place to recommend the right items to counter the enemy team and certain enemy champions. 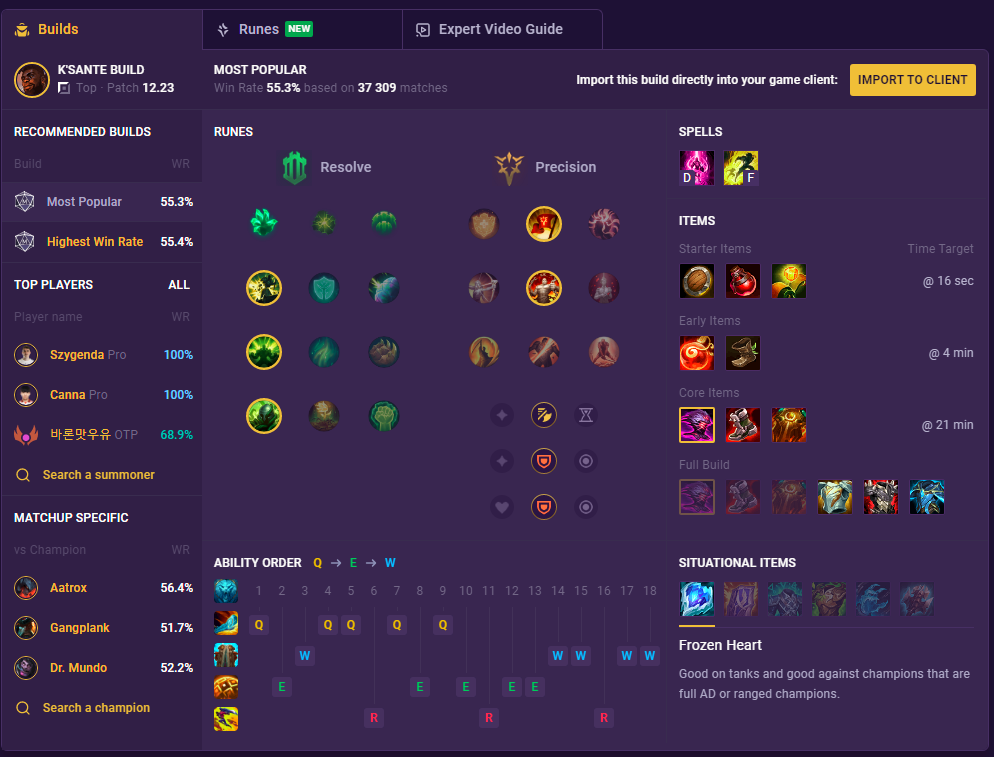 It is important that you understand the best builds for the champion you’re playing, and avoid building random items that don’t actually suit your champion. While I can’t go into depth for every champ, what I would recommend you do is download the Mobalytics App. It has all the latest builds for each champion in the game. Follow the build for your champion, so you’re guaranteed to get the best build to counter the enemy.

However, here are some extra tips to help you: 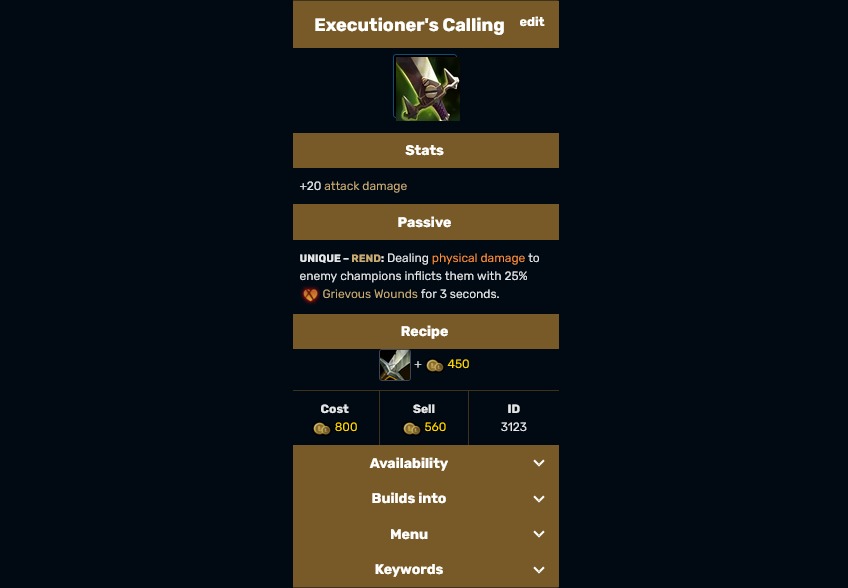 There’s not much to say about this, but make sure you utilise your bans properly. Do not ban random champions or ban someone no one plays. Always ban a champion, don’t ban nothing at all.

If you’re unsure who to ban, you could pick someone who is strong or someone you don’t like playing against. If you think the latest champion out is OP AF, make sure you ban them instead. 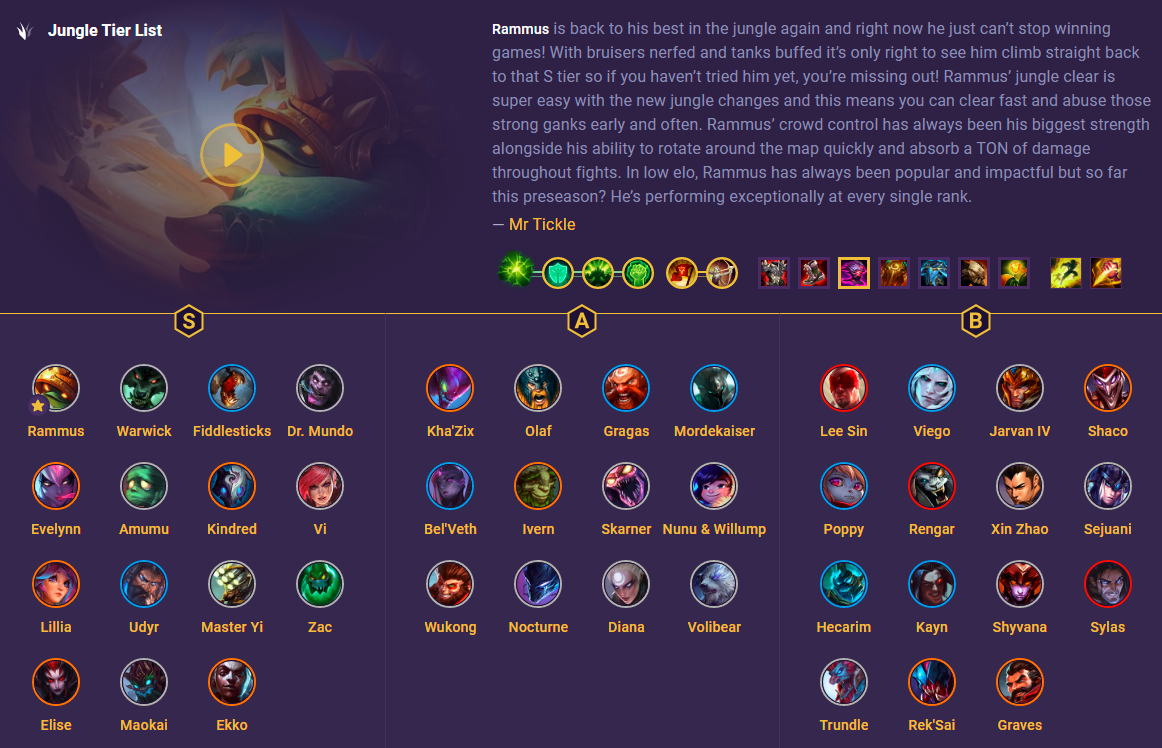 You can find who is strong in the current meta by checking out the Mobalytics Tier List.

That sums up our guide on 5 tips to help you get the best start to your Season 13 career in LoL. Do you have any other tips you’d recommend to players? As always, you can find more information to help you climb with the Mobalytics App.