Having a lot of impact in League of Legends is a fantastic way of winning more games and increasing your chances of climbing in LoL. Dictating the flow of the game, being in the right place at the right time and assisting your allies are a few ways you can become a better Mid Laner.

Mid Lane is one of the more impactful roles in the game, so you need to try and make plays elsewhere around the map and help your allies to get ahead. By learning how to impact the map, you’ll find yourself climbing really quickly.

Tips to Help You Impact the Map as the Mid Laner

1. Play Around Your Power Spikes

When playing somebody who is really strong, you need to get that early lead by getting kills and an early gold advantage. Getting this advantage will make impacting the map a lot easier as you’ll be a much bigger kill threat.

On the other hand, if you’re not very strong until you’ve got your Ultimate, you may wish to play safe and try to survive. Then when you get your Ultimate, try to make plays around the map. Twisted Fate is a prime example of this. Whenever his Ultimate is up, he should look to use it to help his allies. 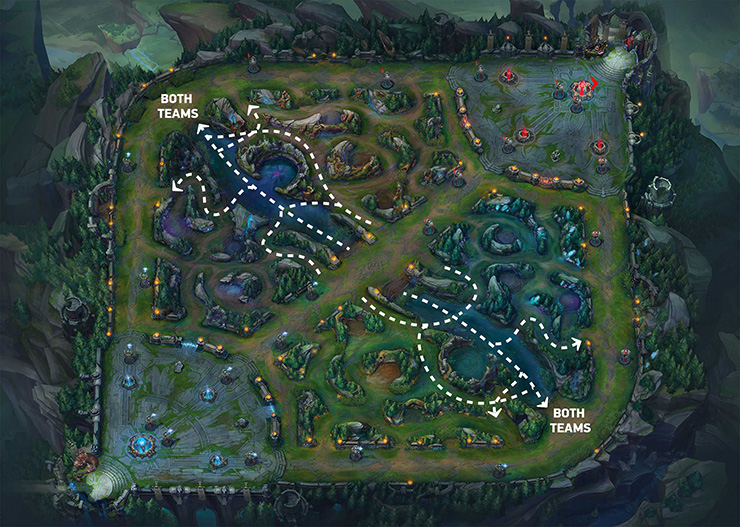 Now, roaming is a very complicated subject to talk about, but we will go over a few things to hep you roam. Before we get into that, I would recommend checking out our in-depth roaming guide to learn a ton of additional information that will help you master roaming in LoL.

After pushing the minion wave (ideally at the same time to be honest), check that your allies are in a gankable position. There is no point running to the bottom lane when your allies are not in a position to follow up, such as if they’ve just recalled or are incredibly low on HP.

You could look to roam straight after killing the enemy laner. This will be a good time to roam as they cannot prevent you or counter your roam. This is also a good time because they will be unable to push the minion wave quickly into your tower while you’re gone. Champions such as Syndra and Zoe have strong kill pressure and good wave control and can roam easily as they have CC tools and tons of damage.

Don’t bother trying to force roams on lanes that have little to no kill pressure. It will be really hard for you to gank a bottom lane that is behind or a lane that has no CC or follow-up like a Kai’Sa Soraka lane. While a gank might work, it will be much harder to gank them, and you might favour ganking your Tahm Kench Top lane instead.

Here are some example roaming paths you can take to get around the map. You can find more roaming paths and more timers etc by checking out our in-depth roaming guide.

Controlling objectives is somewhat difficult as a Mid laner, but it is not impossible. There are several ways you can impact the map by having good objective control.

Secondly, after killing the enemy, you should look to hard shove the minion wave into the enemy’s tower and try to take turret plates. Dealing damage to their tower will not only give you additional gold, but it will help you get the first tower of the game.

The image is taken from the offical LoL Wiki.

Warding is an important aspect of League of Legends, and you can increase your map presence by placing wards whenever and wherever you can. An early Control Ward can save not only your life but your Junglers or your allies’ lives too.

For instance, if you place a Control Ward in the river early, you can see the enemy Jungler if they invade your bot side jungle. You can then try to collapse on them with your Jungler, or if your Jungler isn’t in a position to fight, they can back away without fear of dying.

Control Wards are not the only thing you need to place though. Make sure you’re constantly placing wards via your trinket around the map. These wards will help you stay alive, and also potentially allow you to make plays too. 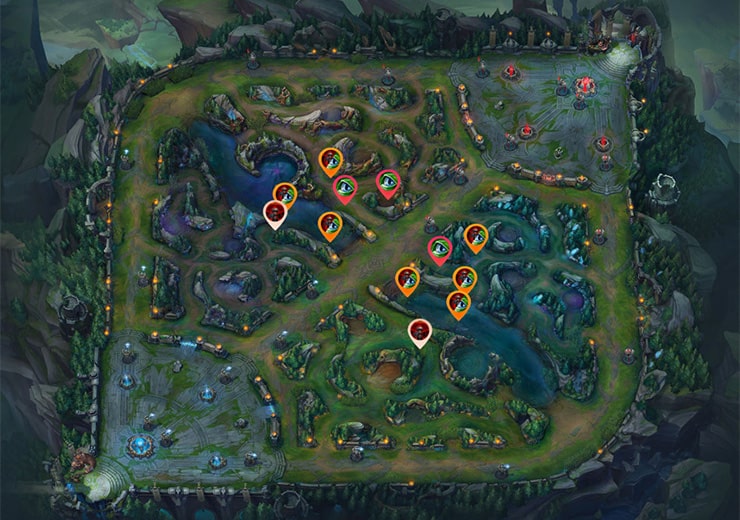 Here are some good warding locations during the laning phase. You can find more warding spots by checking out our in-depth warding guide, which has plenty of useful warding tips and tricks.

Learning to have an impact on the map as a Mid laner will help you improve and climb in League of Legends. We hope that these tips will give you the one-up on the enemy, and help you become a better player. If you have any other tips or questions, let us know. Remember to check out our friends at ONE Esports for more awesome League content.