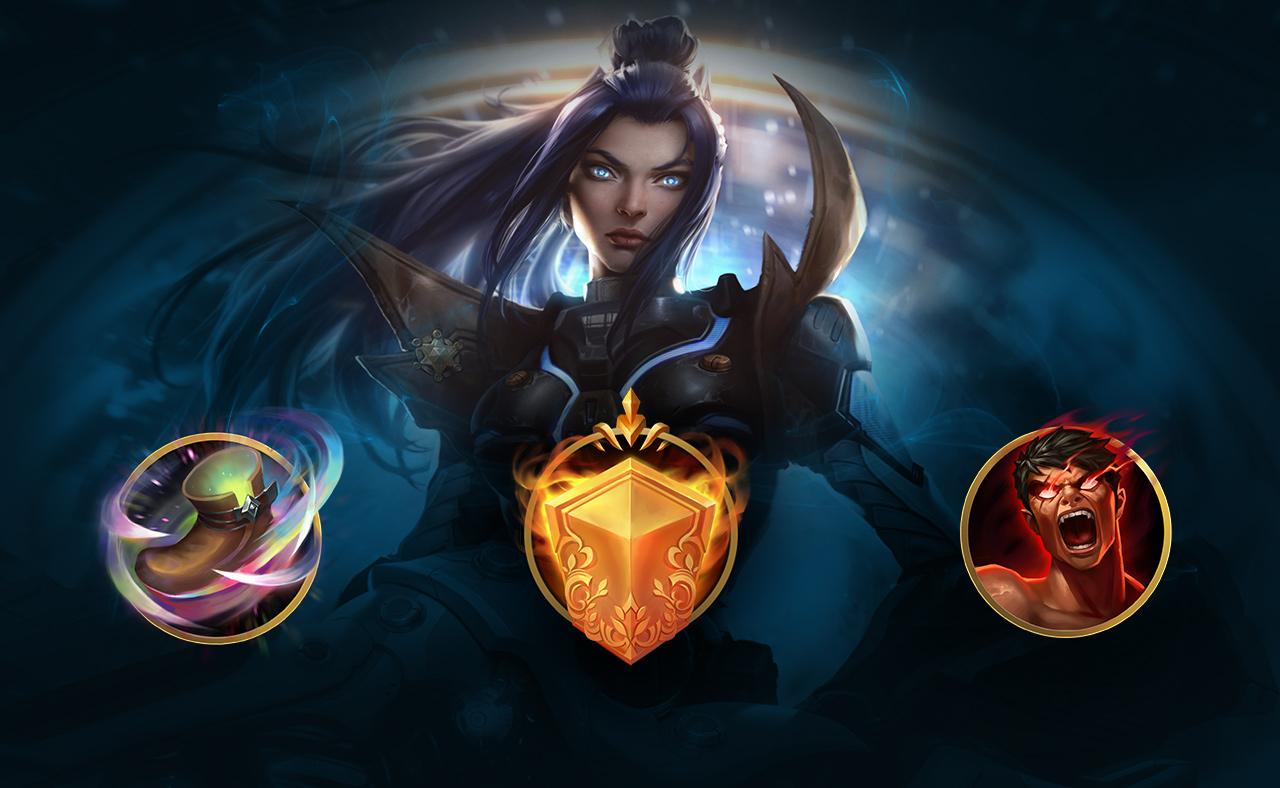 How to Use the New Runes in League of Legends: Part 1

Our team is incredibly excited for the new runes and masteries system – the meta will be unsettled for quite some time and we can’t wait to experiment and figure things out with the rest of you.  In our Runes Series, we’ll be covering five runes in each part, discussing the champs we think will benefit most from using the runes, along with some additional tips and tricks.

Keep in mind that these are still in development and are subject to change, we will do our best to keep everything shiny and up to date!

Hunt of the Blood Moon

Love playing champs that excel at hunting down an enemy and blowing them up? Hunt of the Blood Moon is a great pick for you. This rune will require you to find a safe spot that’s out of sight for 3 seconds. You’ll have a potent boost of speed and burst which scales AD and AP per level when you attack from the veil of Fog of War.

For the most part, Hunt of The Blood Moon will be used on champs such as:

These are champs that excel at hunting down squishies and want that extra bit of stickiness to make sure they catch their prey. Hunt of the Blood Moon will often be used with items such as Youmuu’s Ghostblade, Edge of Night, and Duskblade.

If you see that an enemy has chosen this rune, be aware of their higher engage potential and play around it. Be very keen on minding your position, having a low risk mentality, and making sure not to step out of position. Expect the rune to lose power as the match goes on into mid and late game when teams begin to group more and squishies become better protected.

Perfect Timing is one of the most innovative choices of the new runes, to fully understand its capabilities, you’ll have to learn about the new item, Stopwatch: In a nutshell, Perfect Timing gives you an extra option up your sleeve in the early game (well, you’ll  have to survive 6 minutes), by giving you a free Stasis active. The rune also gives you ahead start if you were planning to build Guardian Angel or Zhonya’s Hourglass and will allow you to use these items more since it reduces their CDs.

Expect to see Perfect Timing being used by champions like:

Once your Stopwatch becomes usable, you’ll often have the chance to win a free fight since you can dodge powerful ultimates by champions like Fizz and Zed. Control mages or late-game oriented mids will be able to survive the lane phase and prevent the snowball of their counterparts who spike in early to mid game. If you’re a proactive player that wants to improve your chances of winning lane with an outplay or playmaking early, this rune may be for you. If you’re a player that is unsure that your matchup will go well without an extra safety option, this rune may also be for you!

If you find yourself against a player that has chosen Perfect Timing, be aware of your 6 minute window. If you have a rune that gives you combat stats (such as Hunt of the Blood Moon shown above), you have an advantage while the Stopwatch is unavailable. Play aggressive during this window and punish their longer-term investment. After 6 minutes, force your opponent to burn the stasis active ASAP. – remember that they only get one. If you need help, don’t hesitate to ask for an early gank. Once it’s gone, feel free to put on high pressure and don’t let up.

Demolish is designed for beefy champs that want to create increased pressure with their split-pushes. These are tanks that naturally build health due to the rune’s max health property.

Here are some champs to consider:

By pairing Demolish with Vanguard and Warden archetypes, you can enable traditionally slower split pushers to be able to keep up with some of their Top lane counterparts. Overall, it simply offers them more options and versatility in play style in instances where they wouldn’t have otherwise been a real threat. If you find yourself on the opposite end of an opponent using Demolish, be sure to give them the proper attention or you risk losing multiple towers. To beat them, be sure to have enough wave clear to keep the away from your turret. If you have faster pushers, you can also force the Demolisher to leave their lane by putting more intense pressure elsewhere (if he doesn’t come help your team would push faster). Finally, don’t forget that the charged attack only applies to structures – if you brought along a more combat-oriented rune, you’ll likely have the advantage in 1v1’s and trades.

Font of Life is the successor replacement to Stoneborn Pact, there are a few key differences however.  Instead of healing over time, Font provides heals instantly to champions who hit the marked targets. Unlike Stoneborn which only healed your allies, this rune will also provide these heals to the champion using the rune. These changes offer new possibilities to champions who enjoy fighting in extended trades, and will open the door to use by solo champs (its predecessor was primarily only used by tanky Supports).

These are champs that have have consistent CC and can survive long enough on the front lines to activate the rune for themselves and their teammates. The burst heals will allow for longer fights and overall sustenance for your team – the more your team groups and fights together, the more powerful healing potential of the rune becomes.

If you find yourself against Font of Life, the main thing to keep in mind is your positioning. If you want to be somewhere or do something, make sure you move with a purpose. If your team is playing footsies with the other team and not committing nor retreating, you may be allowing the other team to heal off of you before they commit themselves. Either go in, or re-position so you aren’t a battery for Font of Life.

Meteor is one of the most straightforward of the new runes – you basically get additional damage spell that casts alongside your usual rotation. Its damages scales overtime and has a decreasing cooldown…it sounds awesome so whats the catch? Well, the Meteor has a slight delay before it lands, so you’re going to have to hold your victim in place in order to ensure their pain. If your champion doesn’t have some sort of CC that can hold your enemies in place, it probably won’t be a great choice for you (sorry Zed, Corki, and Lucian players at Mid).

Meteor works well with these champs because they all have some sort of CC that they can use to hold their enemies in place long for it to hit. Stuns, bindings, and roots are all the sort of tools you’ll want to pair with the new rune. Keep in mind when your Meteor is coming off CD, and try to set it up properly with your CC. Remember that it activates off of any ability damage, so don’t mess up your rotation by activating with a non-CC spell.

If you’re facing a Meteor-slinging opponent, be keen on their set ups and take extra precaution to not be set up for their CC. If you have trouble predicting and dodging skillshots, consider taking Cleanse or items like Banshee’s Veil or QSS.

Thanks for reading! Stay tuned for our Rune Series, we’re planning on doing a few more of these. Which runes would you like to see in our next edition? To discuss the new runes or theorycraft with us, join us in our Discord!