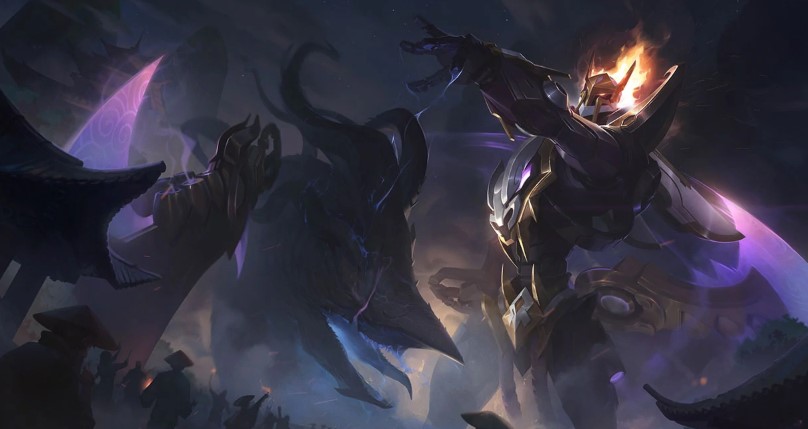 How to Counter Draven in League of Legends (7 Tips)

How to Defeat the League of Draven

Draven is one of the strongest ADCs in the game. He is a super aggressive, super carry that exploits early weaknesses to cash out and get ahead. Draven players are known as some of the most talented players in bot lane with their hyper-aggressive playstyle that wins lane, and wins game.

In this Mobalytics guide by PicklePants, we will discuss some tips for how to counter Draven so he’ll be less likely to be a Challenger smurf and instead be that tilted ADC we all hope the enemy gets when we’re in our promos.

Before you learn how to beat Draven, you need to know what his win conditions are. He is very similar to most ADCs, but he is one of the strongest early game dominant ADC’s around.

That brings us to our first point. He wants to play aggressive, get kills and snowball. As he is early game dominant, he will be looking for any and every opportunity to play aggressive and harass you with basic attacks.

He needs to get kills early on to fully utilize his kit. If you were not aware, whenever he gains a kill, he “cashes out” with his Passive which grants him a ton of extra gold- the more stacks he has, the more gold he gets from a kill.

Here’s a video that shows some Draven tips and tricks. Watch this to understand what he can do. Learn from it to counter his play style.

Unfortunately for you, Draven actually out damages a lot of champions early on if he is spinning his Axe. His Q gives him extra damage which allows him to out trade everyone in a full-fledged trade.

Draven is a very dangerous threat early on and if you don’t keep your wits about you, he can easily snag a double kill. Try not to let him achieve this win condition by using the tips in this guide to shut him down and prevent him from getting kills and snowballing the lane.

2. Understand your win condition (or your champions playstyle)

Not every champion on Summoners Rift has a strong level 1 (or early game) like Draven. These champions include the likes of Ezreal, Kog’Maw, and Veigar. When you’re playing as a weak early game champion (or Support) you need to limit trading with him or letting him trade with you as he is always going to outtrade you thanks to his Q.

If your champion needs time to come online, play safer and focus just on farming rather than fighting. Do not “lose” lane at levels 1, 2 and 3 by trading poorly. If you do trade and he beats you (which he will), you’re going to have to play a lot safer and give the lane over to him. This means you’ll have to start sacrificing CS for XP and health, giving up lane priority and you’ll also fall behind in gold and items.

If you are an early game champion who needs to snowball or gain kills, you will need to play around his positioning and use the rest of the information in this guide to help you. Regardless of what your champion’s goals are in the early game though, you need to remember that he is strong and can trade better or equal to you.

3. Keep the minion wave closer to your side of the map

Keeping the wave here also allows your Jungler to gank with ease: provided you’re healthy, and it also allows you to chase him down after a good fight.

You can keep the minion wave closer by just last hitting minions and not autoing the minions. If you can leave 3 minions here, a freeze will begin. Once the wave is here, you should match his auto-attack damage on the wave to keep it there. We’ve made a rather in-depth wave management guide that goes into detail on how to freeze.

Nevertheless, keeping the wave here will be great as it:

Please note that keeping the minion wave closer is not always the answer to reduce his all in or kill pressure as he may try to push the wave and dive with his Jungler.

It does depend on who the enemy Support is, but if they’re an engage Support, and if you’re in range to let them combo you, you should move slightly backwards. It is key that you constantly adapt your positioning to make it rather difficult for the enemy Support to engage on to you. This is incredibly important for Supports who are squishy like Janna or Lulu. You should only be in range of the enemy Support when you want to poke and harass. When you’re not looking to do that, you should be positioned safer and out of range so they cannot engage on to you.

But how do you poke and get stacks on your Supporting item then? Well, it’s going to be difficult because of the nature of the lane and you can’t just walk up and start harassing them. You need to play around the minion wave, play around the enemy’s abilities and your own cooldowns.

As an example, you could bait out Leona’s E by walking forward (dodging it is key!) and then abusing the cooldown to harass her with basic attacks as she is unable to get on to you. Wait until she wastes her E or is out of mana before trying to harass her.

For you Support mains out there, if you want to learn a bit more about positioning in lane, we touch on it here.

We touched on it briefly before, but you should never take an extended trade with Draven. The reason for this is his Q gives him tons of early kill pressure. Most ADC’s in the early game cannot match his damage thanks to him having more damage at level 1.

Take note of what extra damage he gets. 35 extra AD at level 1 and rank 1. At level 3 (or 4 depending on when he takes two points into Q) he will get 40 extra damage with his Q.

On his first back, unless you can kill him first and get a BF Sword before him, he will still out damage you in a trade. So what can you do if you’re not supposed to take extended trades with him?

Keeping the trades short and sweet is one of the best ways to beat Draven in the long run (before his first item) as long as you auto-attack and trade with him when he either has dropped an axe or is locked in auto-attack animation.

If you attack him while he is in auto-attack animation, it will be impossible for him to trade back with a basic attack. For you to do this, auto-attack once when he auto attacks and then move backwards and out of auto-attack range. If you do not walk outside of auto-attack range after hitting him once, you will enable him to auto attack you back after his initial auto-attack on a minion. This could allow him to look for an extended trade and kill you.

While it’s not always possible for you to trade like this, the key points to take away are:

Slowly chipping away at his health bar is good as long as he doesn’t have a Bloodthirster or Soraka Support.

6. Crowd Control is your best friend

If you’re the Support and the enemy picks Draven, don’t pick someone like Janna or Lulu into him. With low base HP and limited protection, you’re going to do more harm than good if you pick them. The reason for these champions not doing well into him is because they are squishy, rather immobile early and prone to all-ins.

Pick a champion who is a tank and can hard engage. Someone like Thresh, Leona, Alistar or Poppy are good into Draven as they all have tanky stats and can protect themselves. They also all have crowd control which is one of Draven’s biggest struggles.

If he gets locked in CC or gets interrupted, he will drop axes and lose a lot of damage. He also struggles against CC as he doesn’t have a dash that can escape or gain distance like Lucian or Ezreal. If you notice, champions without dashes struggle against tanks and hard engage like Kalista, Ashe, and Jhin.

Draven does have self peel with his E, so you should try to bait it out first before engaging. Alternatively, you can use the bushes/ the river to attack from to reduce his chances of landing the ability and interrupting the combo. Hextech Flash could be your best friend for some champions.

How could we finish this guide without giving you the most important tip yet? Don’t let Draven cash out!!!

If you see Draven accumulating a rather large portion of stacks, you need to make sure he can’t cash out and earn a ton of gold. You can do this by, of course, playing safer, coordinating with your Jungler or getting assistance from multiple players like the mid and top. As a bonus tip, if the Draven is paired with a very strong level 1 support such as Alistar, Thresh, Blitzcrank, Morgana, Nautilus or Leona and you are playing as the blue team, be prepared to take an alternative route to get to lane after leasing for your Jungler. If the enemy doesn’t need to help their Jungle, they may camp in the tri-brush and try to gain an early kill or blow Summoner Spells.

Walk the opposite way to get to lane and leave at 1:36 to ensure that you get the first few minions and not die to a level 1 cheese.

Draven is a snowball heavy champion and needs to cash in to earn lots of gold. Preventing yourself from dying and shutting him down is the best way to stop him from snowballing and taking over the game. We hope that these tips will make laning against him slightly easier and safer for yourself.