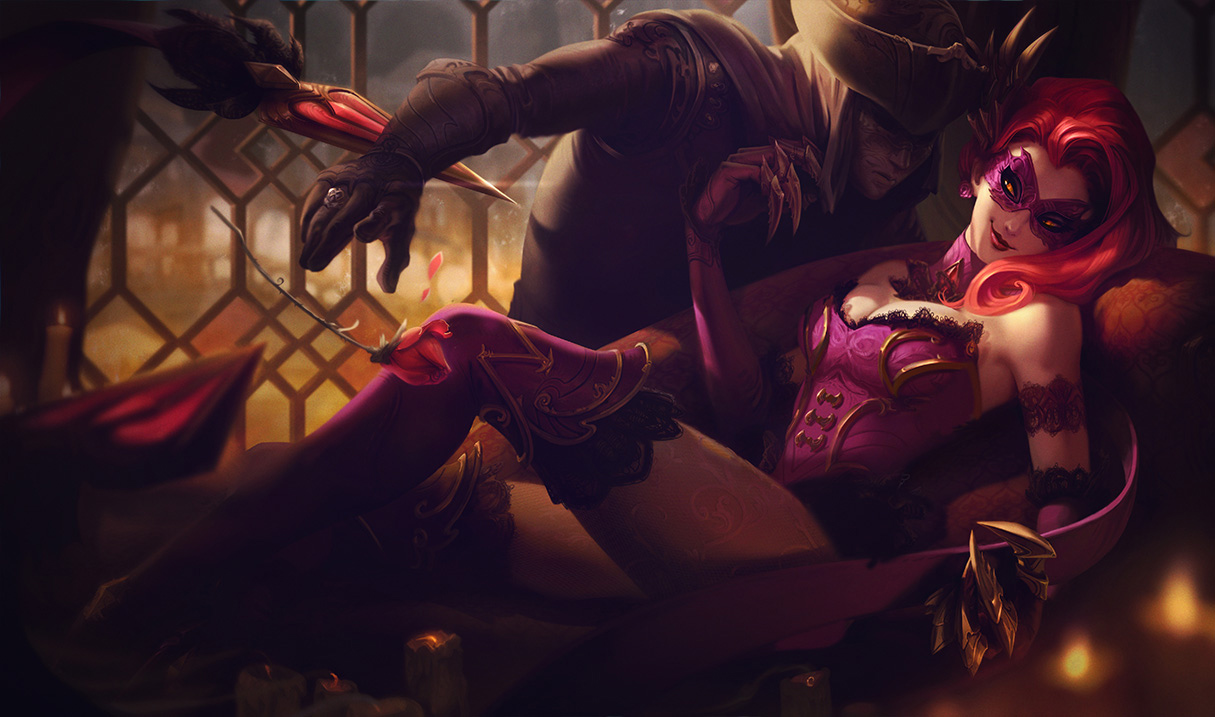 How to Play Evelynn (Rework, Patch 7.20): A Quick Look at Builds, Combos, and Synergies

The newest champ rework will arrive when Patch 7.20 hits! Evelynn, the Agony’s Embrace will make her return to Summoner’s Rift after a much needed retooling. This article, written in collaboration with our experts, will cover the reasons why you’d play Eve, her item choices, champion synergies, and more! Even if you aren’t a Jungler, this guide will help you understand the nuances of what Eve wants to do and can help you work with or face off against her.

Here’s her shiny new kit – check it out or the Spotlight before you continue or some things may not be clear.

Evelynn will still be at her best in the Jungle. Her kit provides bonuses against monsters, so playing her anywhere else will likely be sub-optimal.

Despite her changes, Eve retains her core identity of being a stealth assassin that can put intense pressure on an enemy team. The difference between her old self and her new self is that now, she’ll have to wait until she hits 6 before she has access to her invisibility.

In exchange for her delayed invisibility, she now has regeneration from her passive, more immediate burst potential, and CC capabilities that allow her to lock down her victims.

The primary reason why you would choose Evelynn over other Junglers is her ability to force the other team to change their overall mindset and approach to the game.

Since she can be “anywhere and everywhere”, she requires her enemies to coordinate at a greater degree in terms of communication and awareness. They’re forced to play more passively or risk being slain (we’ll be covering ways to keep her in check later in the article).

Due to her percent health damage and MR shred, Eve will also maintain more viability than other assassin Junglers due to her ability to still inflict damage on tanks.

Eve wants to build full ability power damage and magic penetration as her primary stats. She wants to get in, burst, and get out so you want to maximize your immediate impact instead of opting for CDR.

Eve is a “lone-wolf” type champ who primarily operates and excels on her own. She’s not a great team fighter and doesn’t have many tools to set up her teammates. Teams will often instead, have to build themselves around Eve to give her CC and gank assist. In terms of composition, Eve thrives in situations where she can enemies in isolation or in smaller numbers than usual. Here are three different Jungle paths given by our Challenger Coach, Morïarty. “Q-Raptors” refers to a step that is unique to Eve – this means using her Hate Spike on the Raptors camp as you run by in order to get some free health. These paths and purposes stay the same whether you’re on blue or red side.

1. Blue buff – > Wolves -> Q Raptors -> Red buff
This is the healthiest path. You’ll end up on red side jungle so it will allow you to gank either top or mid.

2. Red buff -> Q Raptors -> Wolves -> Blue buff
This path can be the fastest gank (level 2), and lets you end up on blue side jungle for a gank. The downside is, you may be leaving your Raptors open for a steal and forcing your Bot laners to leash.

3. Raptors -> Red buff -> Blue buff
This is your safest path from counter jungling. You’ll take more damage but it hides your path fairly well compared to others since you don’t need a leash.

W > Protobelt > E > Q (wait for charm)
This is Eve’s gap-closing combo for when you want to get in. You’ll almost always open with it because it shreds magic resist and increases your damage potential.

W > E > Q (looking to kill without waiting for charm)
If you’re close and stronger, this combo provides the most immediate burst.

W > Q > E (from a distance)
This is a riskier option – it’s harder for your enemy react to but not guaranteed since you have to land your Q’s skillshot.

W>R
Can do this instantly or wait for charm trigger. Use this as an escape mechanism because the R damage will trigger the slow/charm from the W so you can gain more distance when escaping with R.

Evelynn thrives on building momentum and feeding off chaos. Facing her will require more coordination than usual in Solo Queue, so be sure that you and your teammates are on the same page in order to keep her in check.

Thanks for reading! For more discussion about Evelynn’s rework and tips on how to play her from our coaches and community, we welcome you to join our Discord.