Dev Blog: Sometimes You Have to Go Backward to Go Forward!

Dev Blog: Sometimes You Have to Go Backward to Go Forward!

You know that feeling when you are playing a new game and you want to get to the end fast so you can do all the cool stuff, and then you get there and you realize it feels like something is missing?

Like if you are playing Path Of Exile and you take a league starter build and roll with the guide, but you get to the end game and you realize you don’t really understand how the skills work and you have been using the wrong support gem set up.

Or, if you have been playing LoL and you picked up a new champ, and after a ton of games you realize that because you didn’t carefully read the ability descriptions, you don’t really know how it works and have been casting your skills in the wrong order.

That’s how we felt last year. We released so much cool sh*t and we wanted to be everywhere: League, Valorant, TFT, and LoR.

We succeeded AND made a lot of players very happy. We moved fast and got a lot of stuff out there, and we aren’t done yet. There’s more stuff coming.

Here’s a sneak peek at the awesome stuff we have coming soon! Note that these are designs and may be subject to change before their final release. 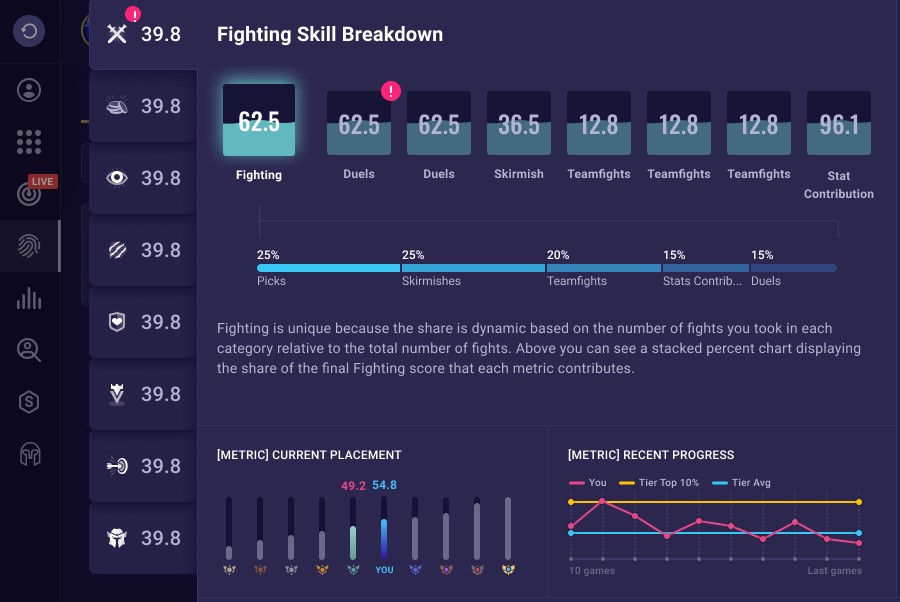 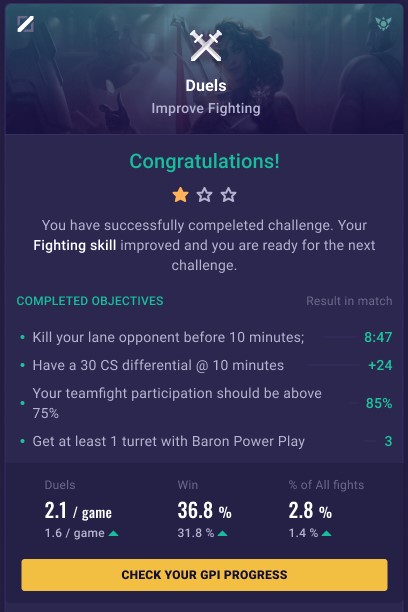 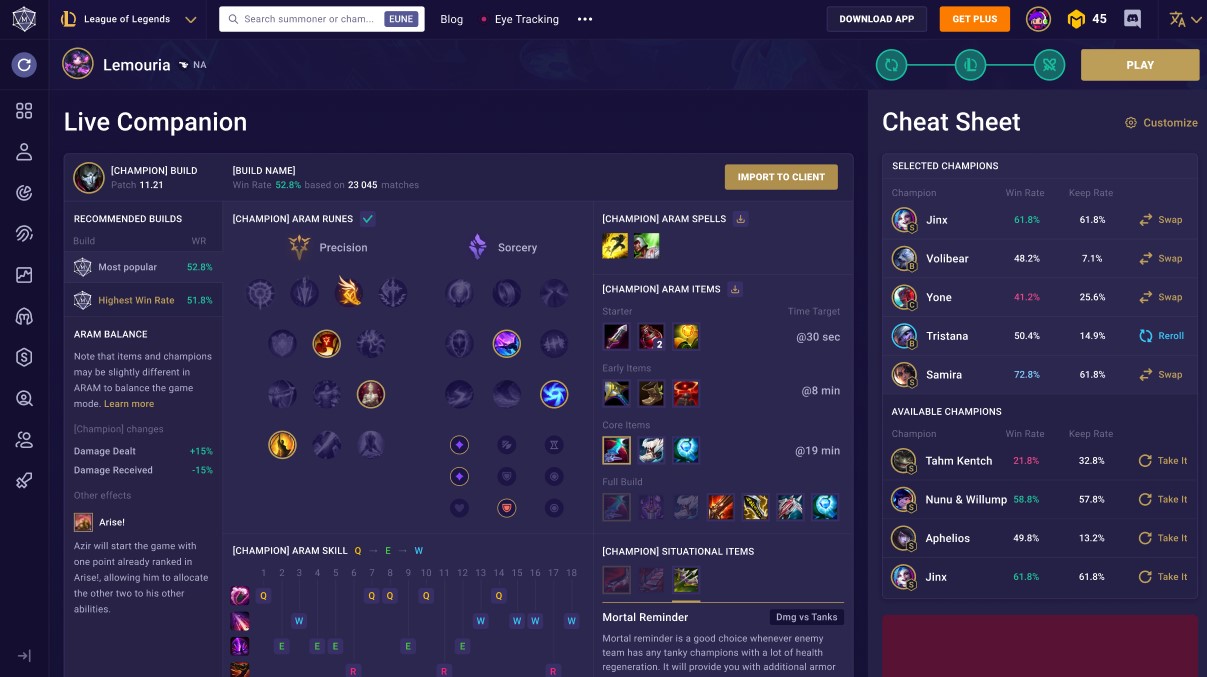 Further down the line, we’ll also be implementing useful tools like jungle timers and CS trackers so hold tight!

I can’t reveal more than that right now, but this will definitely be one of our biggest updates yet. It’s about time we were able to start releasing the stuff we have been working hard on for LOL.

Remember how I said something was missing? Sometimes you find that you have moved too fast and it’s always the fundamentals that suffer.

That’s where we found ourselves at the end of last year. At that point we had gotten tired of seeing “Mobalytics is pretty awesome… When it works” said to us in many different ways.

We plastered that message on our walls (or in this case our Slack channels) and got to work.

We went in and built and rebuilt everything we have. For those of you engineers reading this, you know how deep spaghetti code and cache memes can go, so it wasn’t pretty.

BUT, here we are now – and we feel ready to give you the new and improved, the better, the faster, and the stronger.

Unfortunately, a few sacrifices had to be made to ensure the integrity of the stuff that really mattered.

For now, we will be depreciating the following features:

In the coming months, they will either transform or be replaced by something bigger and better in the future. It’s sort of like when a theme park has to close a ride.

It’s a bummer at the time, but eventually, it comes back in some badass new way, with a brand new animatronic or new theming, that makes you forget about its previous form.

Want to try out our new tools?

If you’re a fan of the above features, they will rest easier knowing that they were loved. Reach out to us, help us figure out how to bring them back more powerful than we ever imagined.

We promise that it will all be worth it in the end and the new things that we’ll be debuting will more than make up for it in the meantime.

By the way, if you’re a Plus member we’d like to invite you to try out our new tools and give us feedback! If you’re interested, please send an email to amine@mobalytics.gg, with the title “Mobalytics Plus Tester – Summer Update”.

That’s all for now! Our goal is to do more dev blogs more often this year (I feel like we have said this before, but we really mean it this time!). Who knows, we might even try out a Discord Stage so you can ask us questions live!?

GLHF, and see you next time friends.