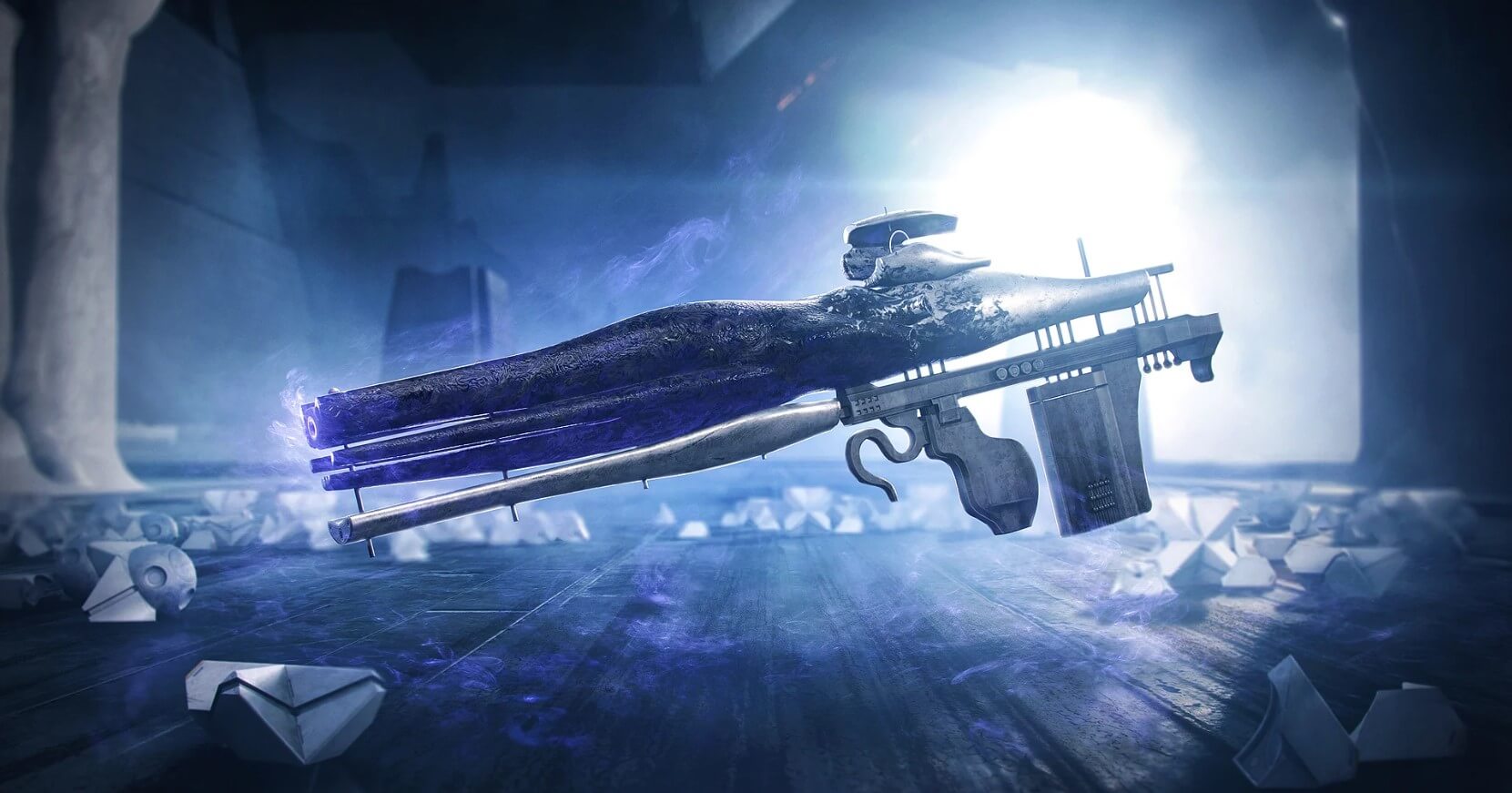 The 8/11/22 This Week at Bungie dropped a lot of new information on the weapon sandbox for Season 18.

There are some large perk, archetype, and exotic changes that we will get into with some added thoughts on how these changes will affect next season’s meta.

To keep up with our latest rankings check out our exotics tier list.

These exotic changes will create massive changes to the current PvE meta. 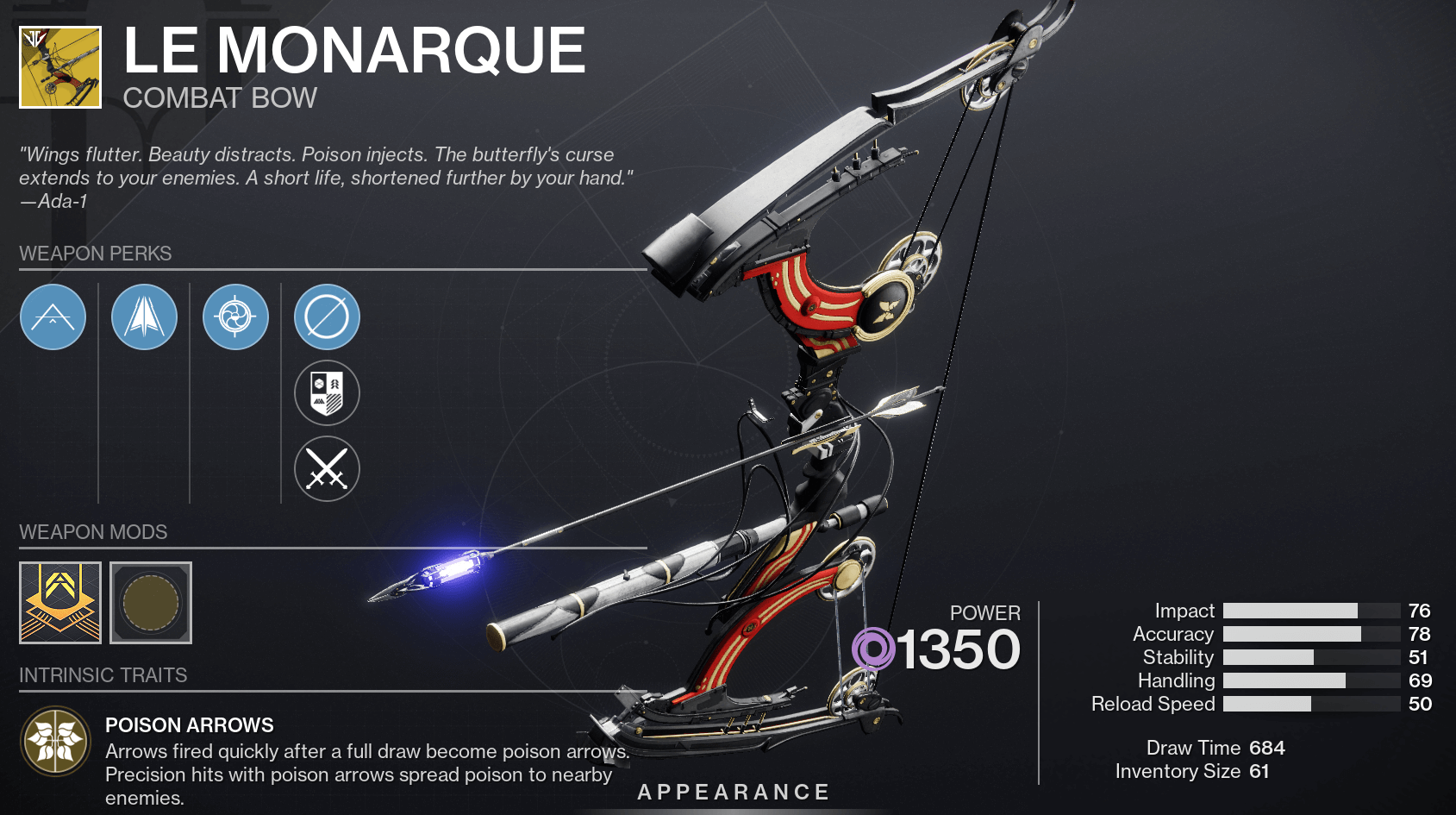 The affected exotics are here:

These are some big changes. The ones that are the most interesting are Legend of Acrius and Thunderlord due to upcoming Arc 3.0 changes and Le Monarque for the added in Overload Rounds. Malfeasance can see some good use in taken strikes as well as more use in PvP due to the 180 RPM hand cannon buffs and now the added in AE changes. The other airborne effectiveness changes probably won’t have too much impact unless you are very into pretending you’re an attack helicopter with Sweet Business and heat rises.

Some underutilized archetypes are getting love in the next season in the hopes of pushing them into relevancy. Some archetypes you may not even know existed listed below as they have been so bad for so long.

Here are the changes to archetypes:

The biggest change for PvE will most likely be the scout rifles. Scouts are great for Grandmasters due to being able to play safely with them. This 10% will really help clearing out trash mobs faster.

The Glaive change will help them in PvE as you can easily heal or spread damage with those exotics, but Glaives may become a menace in PvP if paired with Karnstein Armlets.

Glaives are actually quite strong in PvP due to their damage resistance, the one thing that holds them back a tad is the ability to escape after a kill once the block is utilized, Karnstein will allow Warlocks to heal after a beat down and sustain before you can charge a block again.

Otherwise the other changes most likely won’t be all too impactful. Grenade launchers probably won’t become a better damage option than current top damage dealers as there is greater than a 10% DPS difference.

Lightweight bows and autos may have some ease of use changes, but that won’t make their damage dealing better. Lastly the breech grenade launchers will just have one less perk clogging up a column which is nice but by no means earth shattering.

Underperforming perks will be getting some changes to them, including origin perks which will make them more applicable outside of their origin playlist. The following perk changes are below:

To be honest I don’t think any of these perk changes will have much impact on the game outside of Ambitious Assassin which may become a solid alternative to Overflow. Skulking Wolf’s removal from radar ability can be nice for those who use Riiswalker to disorient some enemies from trading out a kill.

The changes to the Wellspring perk are nice and it’s a solid perk, but the change only really affects splash damage weapons which means it only affects using these heavy weapons in a group of enemies rather than for boss damage. Special ammo grenade launchers that can have this perk do get the benefit of extra ability energy from multi-kills which is a small buff.

These reworks are addressed mostly for PvP with some PvE bits sprinkled in. Lord of Wolves and Omnioculus are the headliners here and are introducing much-needed changes to these 2 oppressive exotics. 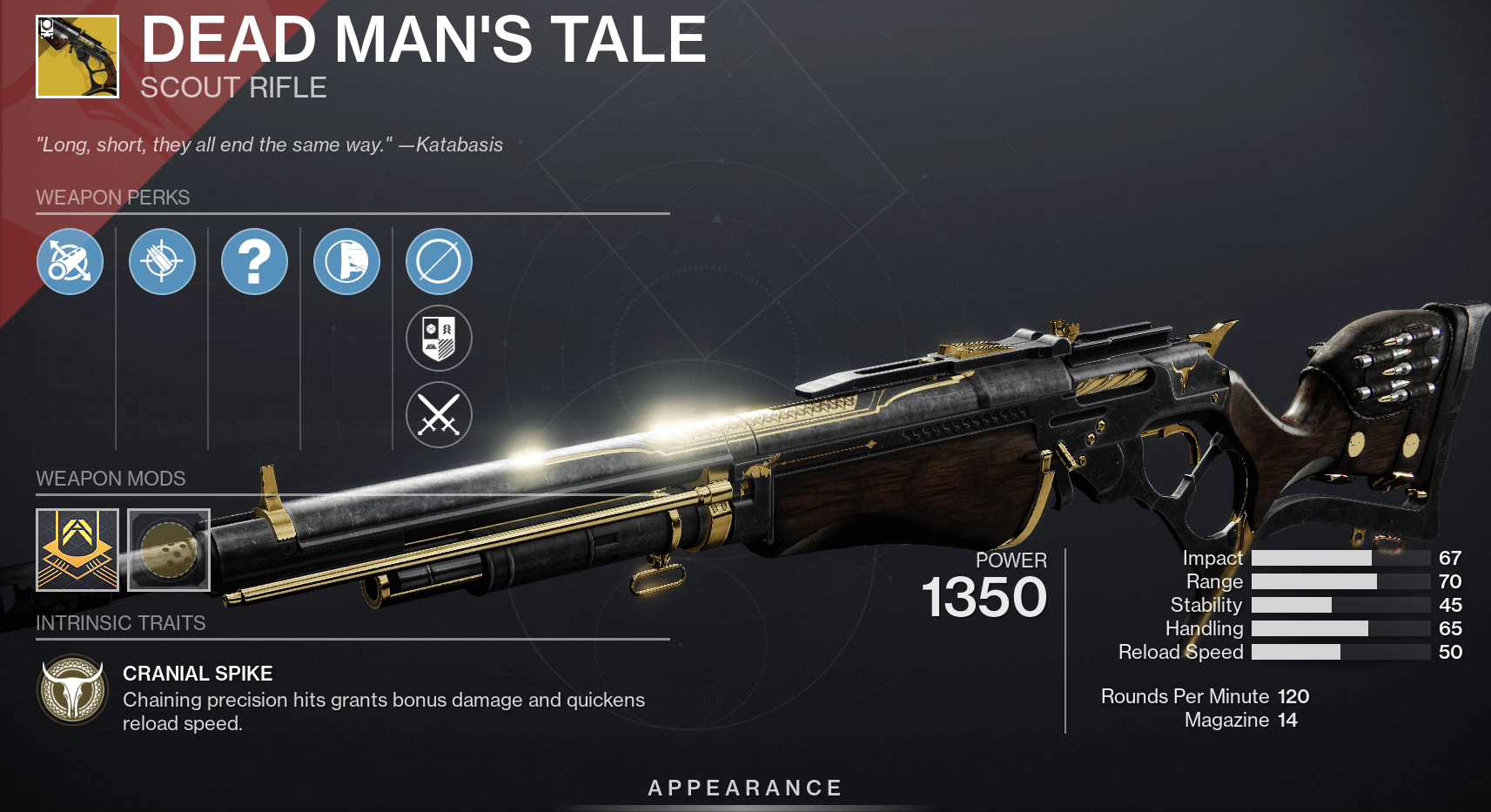 All the changes are listed here:

These are some large changes. Lord of Wolves will be far less effective and slug shotguns will most likely become the go-to for long-range shotgun kills. Mouse and keyboard users who enjoy the Dead Man’s Tale will be quite disappointed with these changes (as one of these people, I can confirm).

The newly buffed legendary scout rifles will most likely be better options than DMT due to these changes. The cranial spike perk will become an alternate version of killing wind rather than a damage-dealing perk and the rate of fire changes will have to be played with before being judged upon. Unfortunately in general you become acclimated to a firing cadence of a weapon and if that cadence changes while firing the weapon it may feel off.

The only PvE changes which are to Collective Obligation look quite interesting. This exotic has been a bit of a disappointment, but increasing its ease of use and giving it a 20% damage buff that shouldn’t be difficult to upkeep makes this weapon worth trying out next season, especially with void 3.0 classes that can activate Umbral Sustenance and gain elemental bonuses off the weapon. 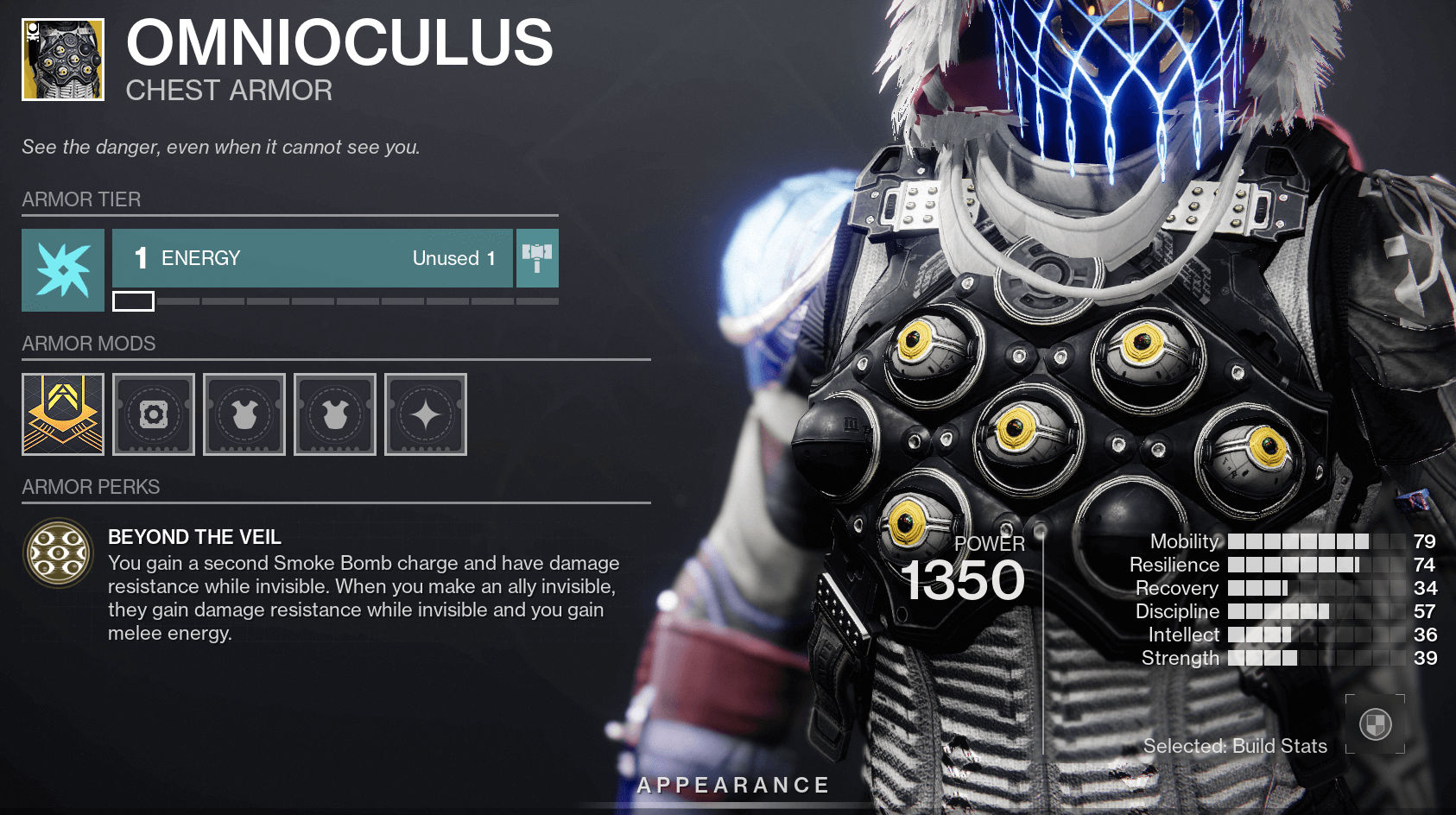 Last and certainly not least are the Omnioculus and Whisper of Chains changes. Per our exotic tier list Omnioculus is an S tier exotic, and will still most likely remain there with these changes, but it will be far less oppressive.

Even if the damage resistance was removed altogether this exotic would be strong as you can make 2 or more allies invisible and get your smoke bomb back. The Lord of Wolves and Omnioculus combo will definitely be reigned in, and will most likely become Omnioculus and a different shotgun.

These upcoming changes will include shotgun spread changes, perk changes, Trace Rifle buffs, sniper PvP flinch, other PvP outliers, and more. We’ll be sure to keep you updated on meta changes once the new season comes out as there will certainly be some shake-ups with these changes, arc 3.0, and a new seasonal artifact.

For more articles, check out our Destiny 2 guides on armor and weapons.