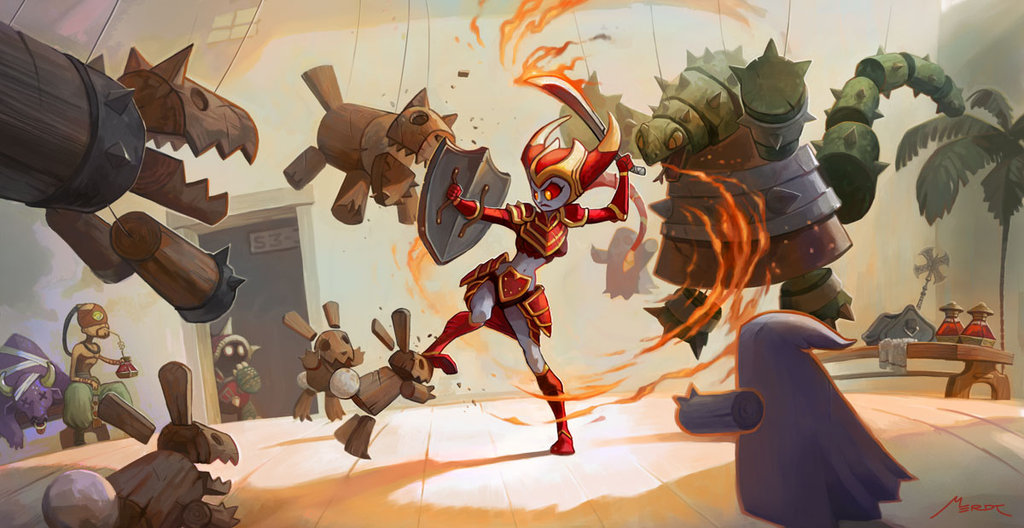 Climbing the League of Legends ladder with Deep Practice

If you’ve ever wondered what makes the best in the world so good at what they do, you’re not alone. Here at Mobalytics, we have invested a huge amount of time researching, discussing, and disseminating knowledge to try to answer that question in the field of esports. In fact, I have spent the majority of my academic career focused on human performance, and my whole life understanding gamers, myself included. Don’t worry, much like you, I am still confused, but I’d like to share what I do know!

Modern science and performance psychology have produced incredible research on this topic in recent years, and it turns out there’s an answer that isn’t just “get gud kid”. Greatness is a result of multiple factors, but there are specific characteristics shared across the board. In this article, we will talk about one specific methodology you can apply to anything you do to maximize your time, especially improving at League of Legends, or any other video game.

To satisfy his curiosity around greatness, author of “The Talent Code” and researcher, Martin Coyle, spent two years visiting the world’s most renowned “talent hotbeds” – very small places that produce very large numbers of top-tier performers. Some of the places he visited include:

After visiting nine such places, Coyle started to notice striking patterns. The most prominent of these patterns manifested in how practice was conducted at these hotbeds.

Your brain learns new skills by cultivating and developing the necessary neural pathways to be able to execute that foundation of knowledge. It happens when you learn a new language, video game, or even a subject in school. The reason you learn some things “better” is because that pathway gets more developed. No, you don’t have genes that make you prefer development of that pathway, but rather the time spent practicing and using it (similar to muscle development) makes it stronger.

The main biological phenomenon here is the speed of the specific neuronal pathway, and a substance called myelin which determines that. Myelin’s superpower is it’s ability to insulate neurons for faster communication speeds. As stated by Coyle, research experts have shown that professionals in a field have heavy myelination in the involved neural pathways when compared to their peers.

Thanks for the biology lesson (enough seriously) but I thought this article was about  “Deep Practice”?

Alright , Alright, I will get to it… Applicable to any and all skills, “Deep Practice” is a methodical and progressive approach to practice designed to encourage the development of optimal neuronal circuitry. Much like focused and properly executed physical training develops the optimal musculature, Deep Practice develops the optimal neuronal circuitry to execute the skill in demand. It involves learning how to find the edge of your ability comfort zone – and stepping over it. In a gaming context, Deep Practice is the exact opposite of repeatedly queueing up without critically assessing your habits.

If you only play using techniques and routines that you’re already comfortable with, you will never advance past your current skill plateau. In other words, prepare to make mistakes and fail. Play just outside of your comfort level, focus there for as long as possible, and take note of the mistakes that happen before you rinse and repeat the process. I don’t think anyone describes the process better than David Sirlin does in this piece. In general, I highly recommend his Playing to Win, as one of my all time favorites for stepping up your game, and your entire journey to becoming a better you. Deep Practice is something that is easily said, but hard to execute. It’s difficult enough to push your limits and likely fail more than you’re accustomed to and even harder to do so while getting flamed by your teammates in the process. However, much like resistance training in the gym to build muscle, research has shown that this kind of struggle is a vital, biological requirement to build myelin. The above  Michael Jordan quote really hits that message home… If the greatest of all time failed so much, don’t you think you do too?

Of course, we’re not suggesting you take a champion you’ve never played before into the Rift and throw yourself at enemy towers. Coyle describes the Deep Practice sweet spot as a fine balance between your comfort level and well-beyond-your-skill-range in the quote below:

“They are purposely operating at the edges of their ability, so they will screw up. And somehow screwing up is making them better…It was as if the herd of deer suddenly encountered a hillside coated with ice. They slammed to a halt; they stopped, looked, and thought carefully before taking each step. Making progress became a matter of small failures…”

Here is what Deep Practice looks like when broken down methodically:

Let’s apply this to a LOL example designed by our lead analyst Prohibit.

A lot of the above constraints are designed around playing with small thresholds that may NEVER happen in a real game, but hone your skills beyond the baseline requirements. Larry Bird grew up shooting on a tiny hoop. Tennis players practice hitting shots at cans from ridiculous distances to hone their precision. You can read about Steph Curry’s practice routines here if you are still doubtful. If you’re still not willing to believe, then this guy will make you believe.

The whole point of stretching your limits is to forge intrinsic skills to master the feel of the game. This diagram below explains the concept very well. When you hear a player interviewed, and they say something along the lines of “I can’t remember what I did or why, but I just did it”, you can understand the significance of Stage 4 in the diagram above: Unconscious Mastery. When you reach it through mind-numbing hours of extreme practice, it will all be worth it when you pull off sweet combos or position into uncannily prescient tactical positions during skirmishes without even a moment’s hesitation. You just do it.

There are no true shortcuts to mastering a complex game like LoL and as a result, it takes time. Coyle also discusses a study where the largest single factor in success was a long-term commitment to learning. The people who had committed to learning the skill outperformed the short-term committers by a factor of 400%.

“We instinctively think of each new student as a blank slate, but the ideas they bring to that first lesson are probably far more important than anything a teacher can do, or any amount of practice,” McPherson said. “It’s all about their perception of self. At some point very early on they had a crystallizing experience that brings the idea to the fore, that says, I am a musician. That idea is like a snowball rolling downhill.”

That’s something worth thinking about if you have aspirations for the shiny Challenger badge. How much do you love the game? Remember it’s about the journey and not the destination. If you enjoy the grind and possess a deep love or obsession of the game, you’ll have infinite motivation to improve!