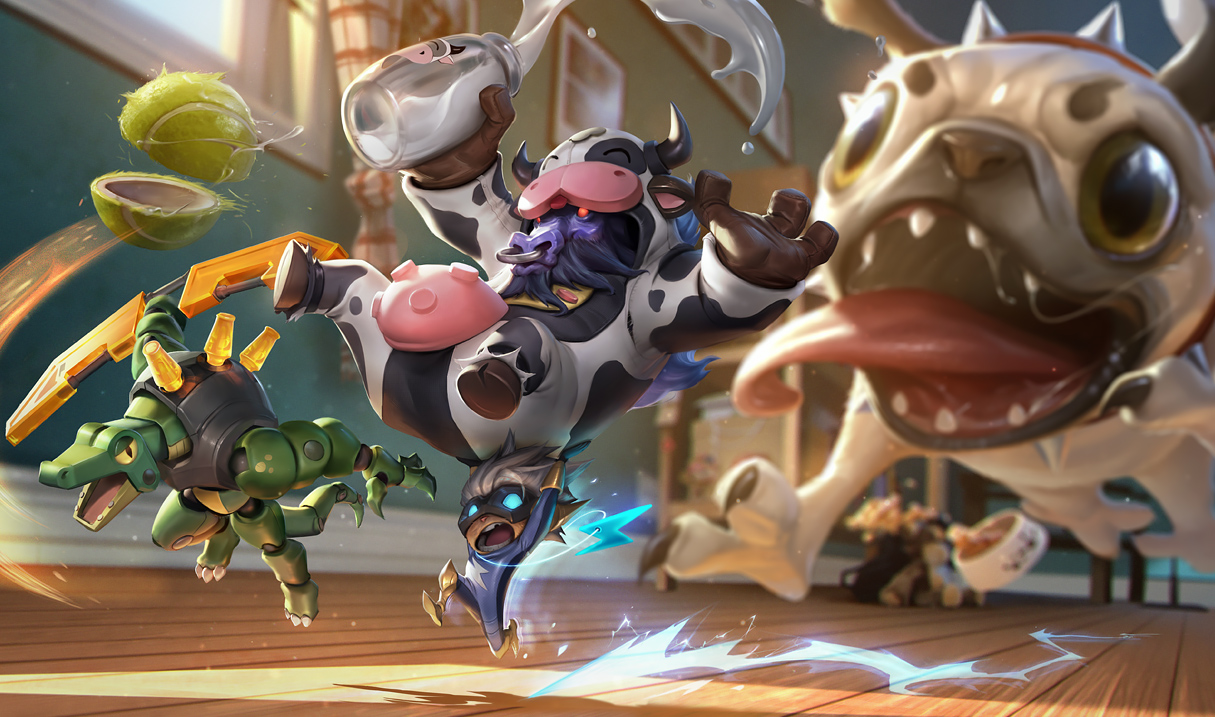 Adapt to the changing times

With the meta being as spicy as ever, and where every game is snowball heavy, we have seen a rise in melee champions dominating the Bottom lane. Riot has been throwing huge game-changing updates that have made Marksmen fall out of favor as carries. This has resulted in players ditching their mains and leaning towards more bruiser-styled champions instead.

Riot may eventually release patches which change this trend (especially with recent complaints from ADC mains) but this Picklepants article will still be useful in the case that a similar meta with melee bot laners eventually returns.

Due to recent changes to some Support items, Ardent nerfs, and shield decay, the champions who traditionally dominated the Bot lane are no longer worthy of being played. This has made the Bot lane meta change completely and champions that were not necessarily strong before are now going to shine. Mixed in with Riots Marksmen item changes, and Pyke’s debut, you will find yourself at an increasing need to play a champion that synergizes well with the bruiser that is being picked.

As we are still relatively new into the patch, and there are so many champions being tried and tested in the Bottom lane, it’s near impossible to compile a list of champions who synergize with each other. With that said, here are some popular Supports that are good in the current meta. These champions listed are being played by the pros with melee ADC’s. Alistar has always been a solid Support in most metas. Relic Shield and his heals can help his melee carry survive the laning phase. He also has good roam potential which will allow him to help other lanes out if his carry is struggling. He has incredible fight and all-in potential at levels 1-3 which can snowball a lane – something that’s crucial in this clown fiesta meta.

Synergy: Champs who can follow-up on his engage
Recommendations: Yasuo, Mordekaiser, Renekton, Ornn or Darius. Tahm Kench is like Alistar in many ways except he is mainly used to protect his carry. Because melee champions lack range, they will often get poked down and bullied by other champions who have the range advantage. Playing Tahm has the benefit of being to able to save your carry if he’s going to die. You can also use Tahm to get around the map quickly or set up ganks easily for your Jungler.

Synergy: Good with and against immobile champions.
Recommendations: Mordekaiser Zyra was recently buffed and it has brought her back to the forefront. With the root duration on her E buffed, she has become the team-fighting playmaker that every Bot laner wants. Zyra is good when paired with a melee champion who can also poke with abilities and go for combos. She is especially good when trying to siege objectives thanks to her plants. Pyke is the newest champion to hit the rift and personally, I’m blaming him for making my main, Janna, literally unplayable. He is an AD champion that loves to hard engage on his enemies. If you pick Pyke into a squishy lane, then you should be able to pick up kills. Make sure to pair him with an early game champion who loves to fight early and snowball. He is also good with somebody who can get in and out of skirmishes. Shields were gutted for many “brain dead” champions and this changed Soraka for the better. Since heals were not directly nerfed, champions such as Soraka and Nami are strong. When Soraka takes Spellthief’s and abuses her E, she can poke enemies down and make it near impossible for them to lane. We know Ardent and Redemption were nerfed, it wasn’t too much of a big deal for healing Champs.

There are many viable Supports right now. Champions synergize in many ways, but mostly, they revolve around the champions kit. If you know how every champions kit works, then you will find synergy between a lot of champion. Champions who synergizes well can often snowball a lead and win the game. If you want to find out more about champion synergy, we’ve written a separate guide here. You can also check out our latest tier list here.

There are three different starting items that Supports can take and if you’re a champion that can take one or more of them, it’s recommended that you take Relic Shield. Relic Shield and Relic Shield Supports are currently very strong when paired with a melee champion.

A lot of pro players are also taking double Relic Shield in the bottom lane, which gives the added bonus of even more survivability.

Spellthief’s is also quite good in the current meta. With AP Supports being able to snowball lanes and out trade almost all laners, you should try to take this item whenever you can. It will be your job to stack this item quickly and do the damage that your melee champion cannot.

The early game is crucial for all lanes, especially in the Bottom lane. As games are very snowbally and where any team with a gold lead can end the game fast, you need to set yourself up for the best type of laning phase. As soon as you get to lane, it’s a good idea to start auto attacking the minions and try to get the experience advantage.

At level 1, you can poke and auto the enemy. If you’re playing a Relic Shield Support, make sure that you use two stacks of your starting item and use it on the first three melee minions as this will give you the most gold. You want to hit level 2 before the enemy, which is 9 minions in the Bottom lane.

This is the first 6 minions, followed by the next 3 melee minions on the second wave. It’s important to note that while the ranged minions are easier to kill, they give the least gold and will not help you hit level 2 if you kill 9.

Once you hit level 2, you may be able to go for a combo or exchange with the enemy. As long as you’re in a position to fight and your partner is in a position to follow up, then you can go for one. If your duo is not very good until level 3, then just go to poke or zone the enemy instead.

Before going for any fight or trade with the enemy, make sure your melee champion is in a position to follow up. Unlike a ranged champion, they cannot auto attack the enemy from range, so watching their positioning is vital.

Bonus Tip: When laning with Mordekaiser, beware that he will level up before you. Thanks to his W passive, he shall hit level 2 before you and the enemy. Beware of this and do not go in unless you’re level 2 aswell.

The good thing about having melee champions in the Bottom lane is that they are stronger than any ADCs during the laning phase. Thanks to the horrifying nerfs given to the ADCs and their items, melee champions and bruisers scale quicker compared to them. If you didn’t know, Riot nerfed items (especially crit) which made many rangedcarries swap from 2 item spikes, to a 3 item spike. Crit was made more expensive and ADC base stats were overall nerfed.

This means that bruisers can do a lot more than most ADC’s can right now. This includes the level 6 all in. Preparation for the all in is key and you need to poke down the enemies beforehand. As soon as you hit level 6, go for the quick level up and engage on the enemy with your power advantage.

As League is very snowball-centric right now, you need to not give the enemy any breathing space and you need to keep up momentum. By going for frequent fights and getting a lead, you can put the enemy behind and get an increased gold lead over the enemy.

Wave management in itself is quite difficult to teach and learn. Experience plays a huge part when learning a very in-depth topic such as this, so a lot will be learned through just playing. In regards to playing with a melee champion, you need to keep in mind a few things.

Once you start to get some items and levels behind you, you can have the wave in a more offensive position. This is good as you can get the towers and get objectives. You can also help your Jungler get the Drake. In general, wave management is very situational, and the players who adapt the fastest and the most efficiently will succeed in lane.

Whether you love it or hate it, League of Legends is changing right now and has been for the past few patches. Unfortunately, the meta is so messed up and confusing that even the pros don’t know what is going on. We hope this guide has given you some insight to why the melee champions have invaded the Bottom lane and how you can play with them.

Thanks for reading! What are some champions that have been successful for you in this bot lane meta? Let us know in the comments below. As always, you can find Picklepants in our Discord if you have any questions.