Now that Harbor has been out a couple of weeks, his role in the game is becoming more defined.

Harbor has yet to be played in an official VCT game due to his release being in the offseason, but with time comes more theory-crafting and play in tier 2 events.

Harbor is a hard set controller that is best for fast retakes and site executes and has difficulty with slowing and stalling pushes.

Cascade (C) – Equip a wave of water. Fire to send the wave rolling forward and through walls. Re-Use to stop the wave. Players hit are slowed.

Cascade is a unique controller ability. In an Operator, Chamber heavy meta, this ability is great for scaling on to a site with protection from an Operator.

Otherwise, this ability is best served when moving up long corridors on offense or to place at a choke point on defense.

1. Moving down a long corridor, and clearing angles to the left and right.

2. Slowly pushing forward on to a site to avoid an Operator.

3. On defense, placing at a chokepoint to block enemies coming on to site.

Equip a sphere of shielding water. Fire to throw. Alt Fire to underhand throw. Upon impacting the ground, spawn a water shield that blocks bullets.

Cove can be played similar to a Viper Toxic Orb, but it has its differences you should take into account when using it.

Cove blocks bullets, so using it to block site lines has the added benefit of not being able to be spammed through a smoke. The downside is that once the shield on Cove is broken, the ability will fade shortly after.

Thinking of using this ability more so as a sage wall rather than a traditional orb smoke will help you get more value out of it.

1. Blocking site lines like a traditional smoke. Lineups will most likely be needed for this.

3. Give coverage for plants and defuses.

4. Relocate defensively by getting out of an area when pinned, drop down from a ledge, or throw on site to play around.

5. Set up at the end of a choke point on offense to pop flash out of.

Equip a wall of water. Fire to send the water forward along the ground. Hold Fire to guide the water in the direction of your crosshair, passing through the world, and spawning a wall along the water’s path. Alt-Fire while bending to stop the water early. Players hit are Slowed.

High Tide should be viewed as a dynamic version of Viper’s Toxic Screen. This ability can be used the same as Toxic Screen to block long sight lines such as through Breeze A site or Icebox B site.

The main advantage Toxic Screen has being used in this manner is that Toxic Screen can regenerate much faster, while High Tide has a much longer cooldown.

The advantages of High Tide is that once it recharges it can be reused in a different place, it can be curved, and it can be ended early to be placed faster.

3. Create pockets for you or your teammates to hide in to catch opponents off guard.

4. Curve the wall to isolate off certain angles for taking ground without being exposed to other angles.

Equip the full power of your Artifact. Fire to summon a geyser pool on the ground. Enemy players in the area are targeted by successive geyser strikes. Players caught within a strike are Concussed.

Reckoning has the area to take a site like Killjoy’s Lockdown, the stunning ability of Breach’s Rolling thunder, and the information gathering of Skye’s Seekers.

The ultimate is great for taking ground quickly by putting enemies on site in a massive disadvantage in fights or making them flee altogether.

If using Harbor, this ultimate is one to prioritize getting orbs and spike plants on offense to use it as much as possible.

1. Taking a site, by using the large area of Reckoning.

2. Retaking a site by using Reckoning on site, and Harbor’s sight blocking utility to isolate the site.

3. Stalling a push to allow for teammates to rotate. 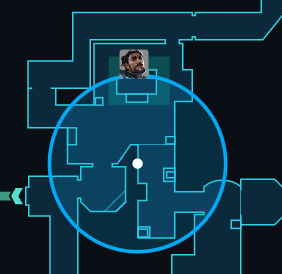 Where to Use Harbor

On Pearl utilize the use cases above to take advantage of his High Tide being able to cover many choke points at once, bis Cascade for pushing down B Ramp, and Reckoning covering all of A Site.

As for Fracture, Harbor’s Cascade is fantastic for taking ground early on defense for pinch plays through B Tree and A Halls or to push toward Operators playing on any of the extremities.

High Tide is great for pushing on to sites as it can cut off the defensive links toward the center of the map.

Harbor is also suitable on Icebox and Breeze as a replacement to Viper. On these maps utilize High Tide as a Toxic Screen replacement as well as Cascade as an option to push longer site lines to avoid Operator players.

Harbor synergizes well with Neon and Kay/O. The former is good on both Pearl and Fracture, and can make use of Harbor’s fast-paced utility and setting up pinch plays on Fracture from the opposite side of Harbor.

Meanwhile, Kay/O can flash through Harbors utility, and can even set up a Neon with a flash who is sprinting through a Cascade.

Harbor adds some unique aspects to the cast of Controllers. It is looking as if his role is going to be as a niche pick for aggressive team compositions or as a secondary controller. As of now Harbor is considered to be on the weaker side overall. Some potential buffs in the future to make him more viable could be:

We’ll keep you updated on the newest strategies involving Harbor once VCT picks back up, and his role in the meta becomes clearly defined.