VALORANT maps have been consistently released over time and so far there are seven maps.

In this breakdown, our Radiant expert ranks the best VALORANT maps from best to worst.

For more details on our reasoning, check out our methodology at the bottom of the article.

Lastly, be sure to check back when new maps are released for updated rankings! 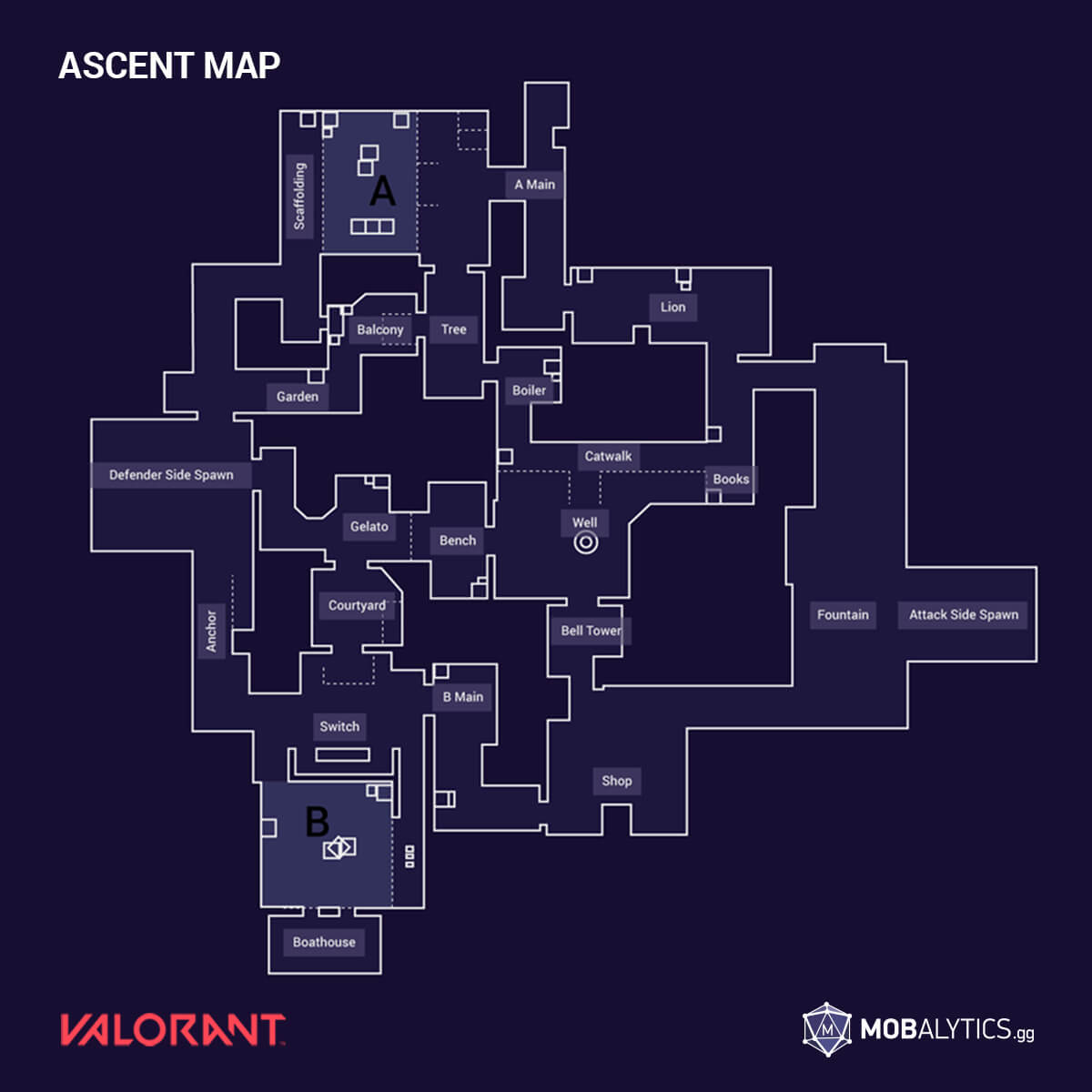 Ascent is the first map developed for VALORANT, according to Riot Ziegler. It is the map that feels the most similar to most traditional tactical fps maps from CS:GO, especially Cache.

It has a vey clean and simple mid-design. In terms of attack/defense side balancing, Ascent seems to be the most balanced map, being pretty much 50/50.

Ascent’s unique map element is the doors near the sites, which can be strategically used both by attackers and defenders. 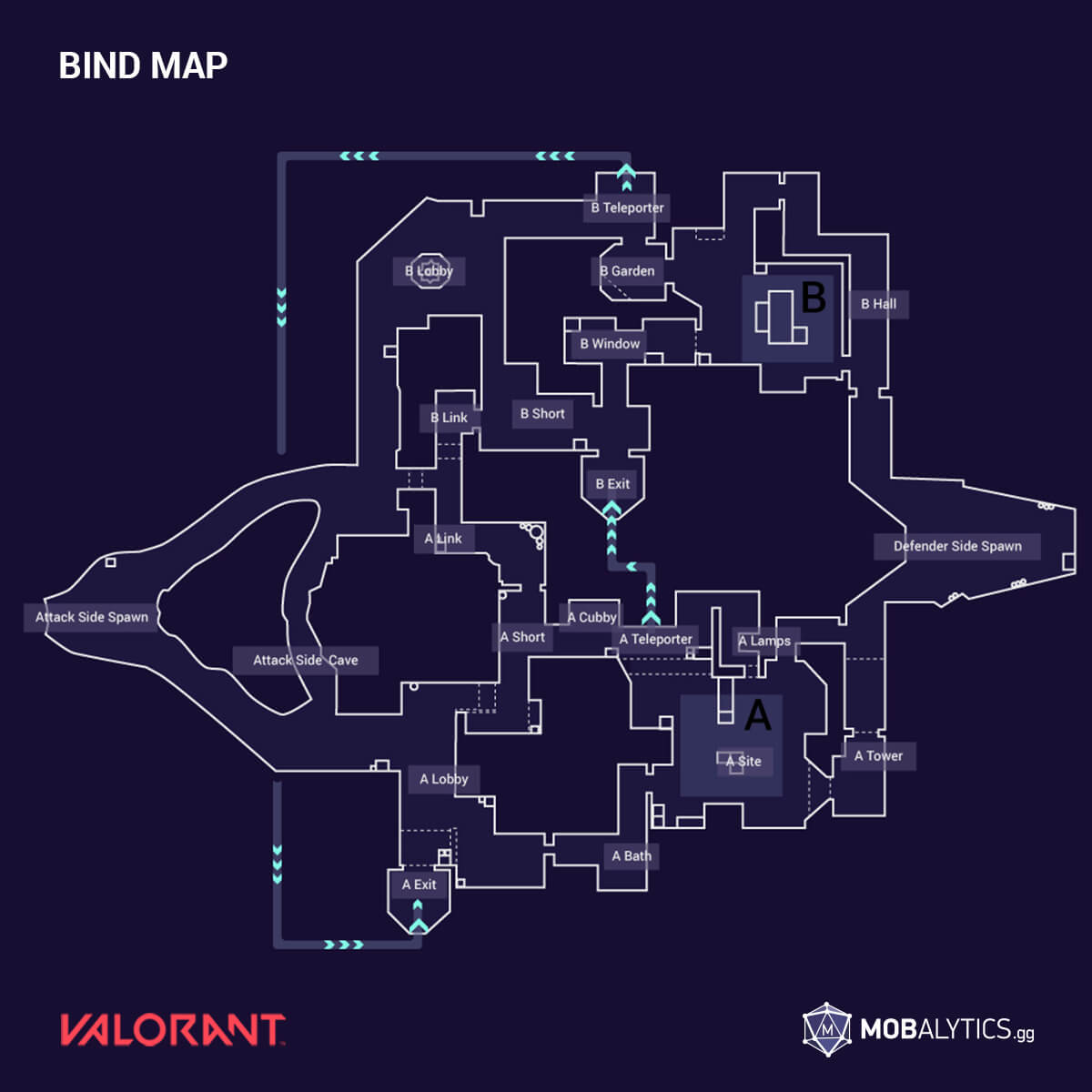 Bind is one of the 3 first VALORANT maps which were playable since beta. The map has no traditional mid-area, which makes it stick out a lot from other maps.

It is a defender sided map, with about 53% of the rounds won by defenders.

The unique element are the teleporters which allow fast rotations for attackers and force defenders to always be cautious on both sites. 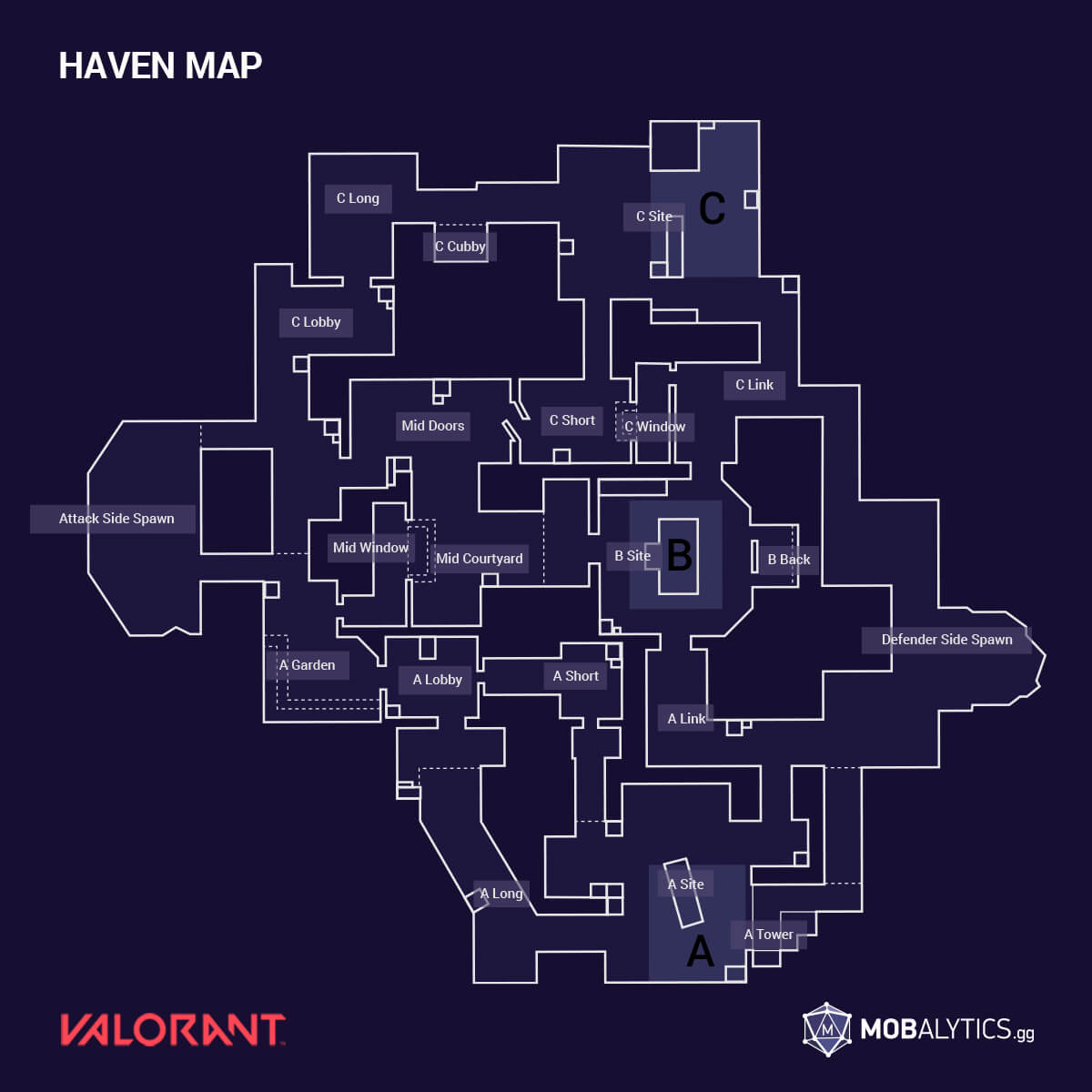 Haven seemed rather unpopular at the launch of Valorant because it features 3 sites, which is a major difference compared to traditional tactical FPS maps and affects gameplay a lot.

It is currently a slightly more attacker sided map due to the map being very wide which causes defenders to be outnumbered in most key situations. 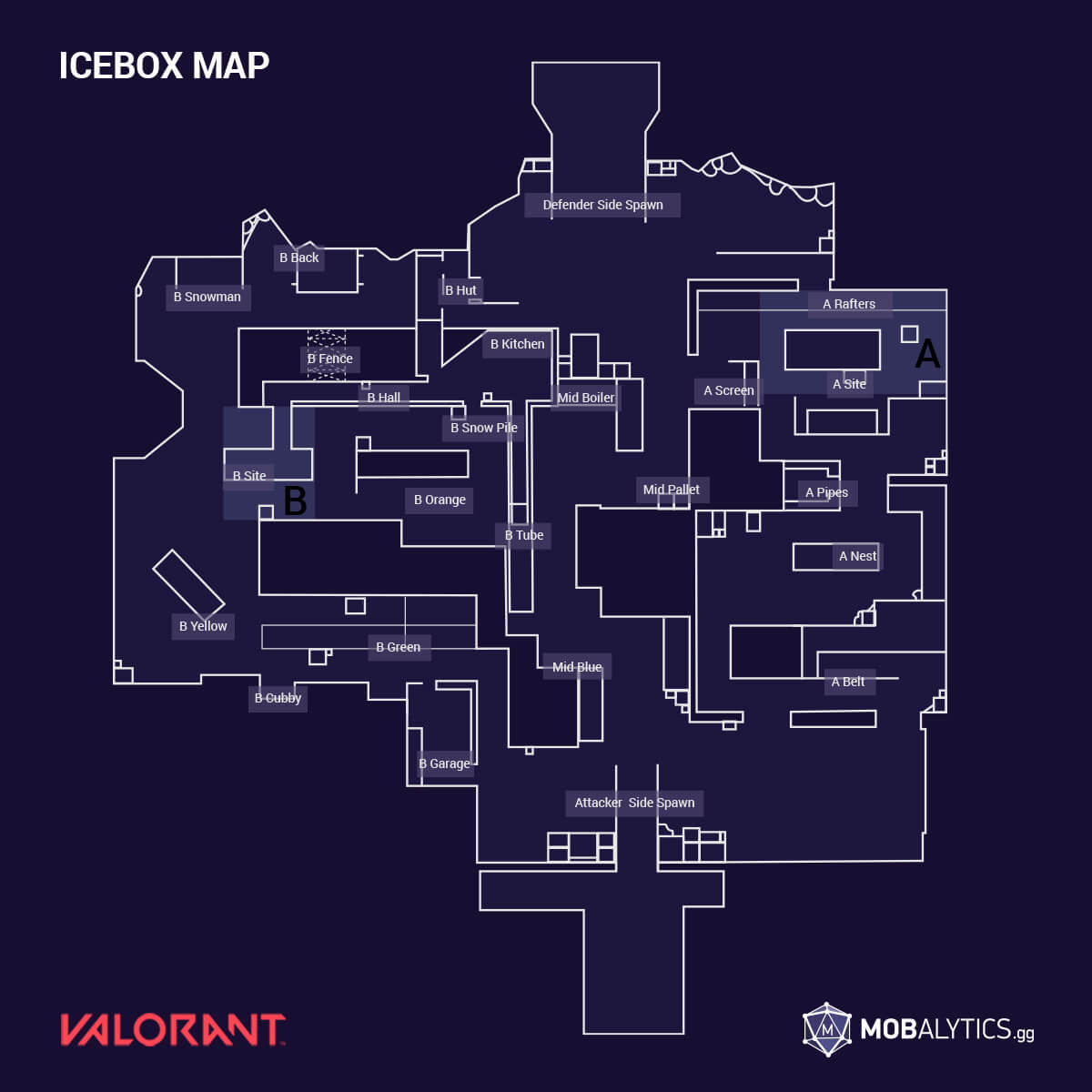 Icebox is the first map to introduce horizontal ziplines (A Site) which seem relatively irrelevant compared to teleporters on bind or the doors on Ascent.

Losing entry battles can be very dangerous for defenders due to the long rotation times.

Small mistakes on either site as a defender can result in a pretty much lost round since retakes not only take long but are also difficult in general by how the sites are built. 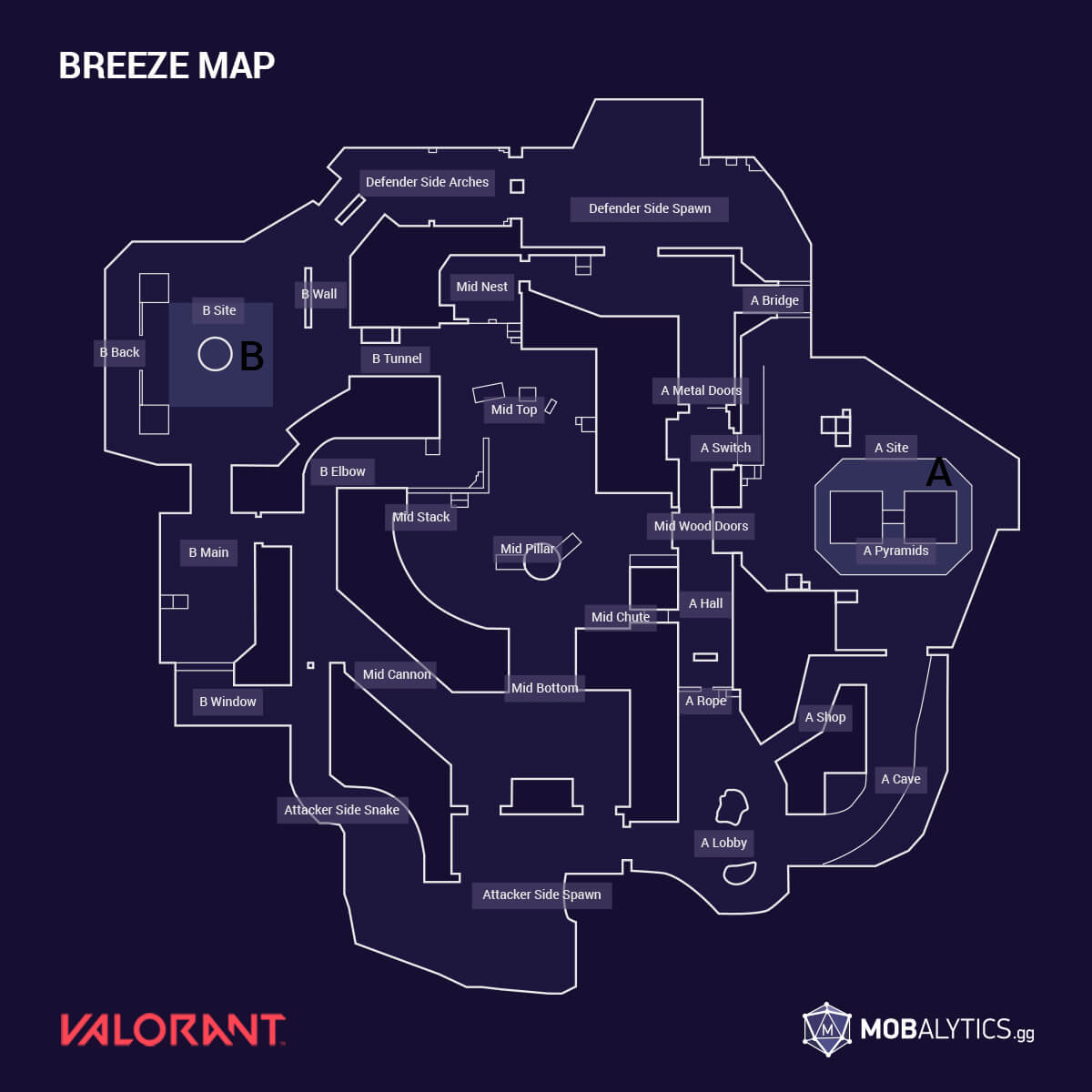 Breeze is the largest and most wide open map in VALORANT. The map offers huge flanking potential due to many different choke points defenders need to hold at the same time.

The long distance between the two sites also comes with very long rotation times both for defenders and attackers.

The map feels rather balanced 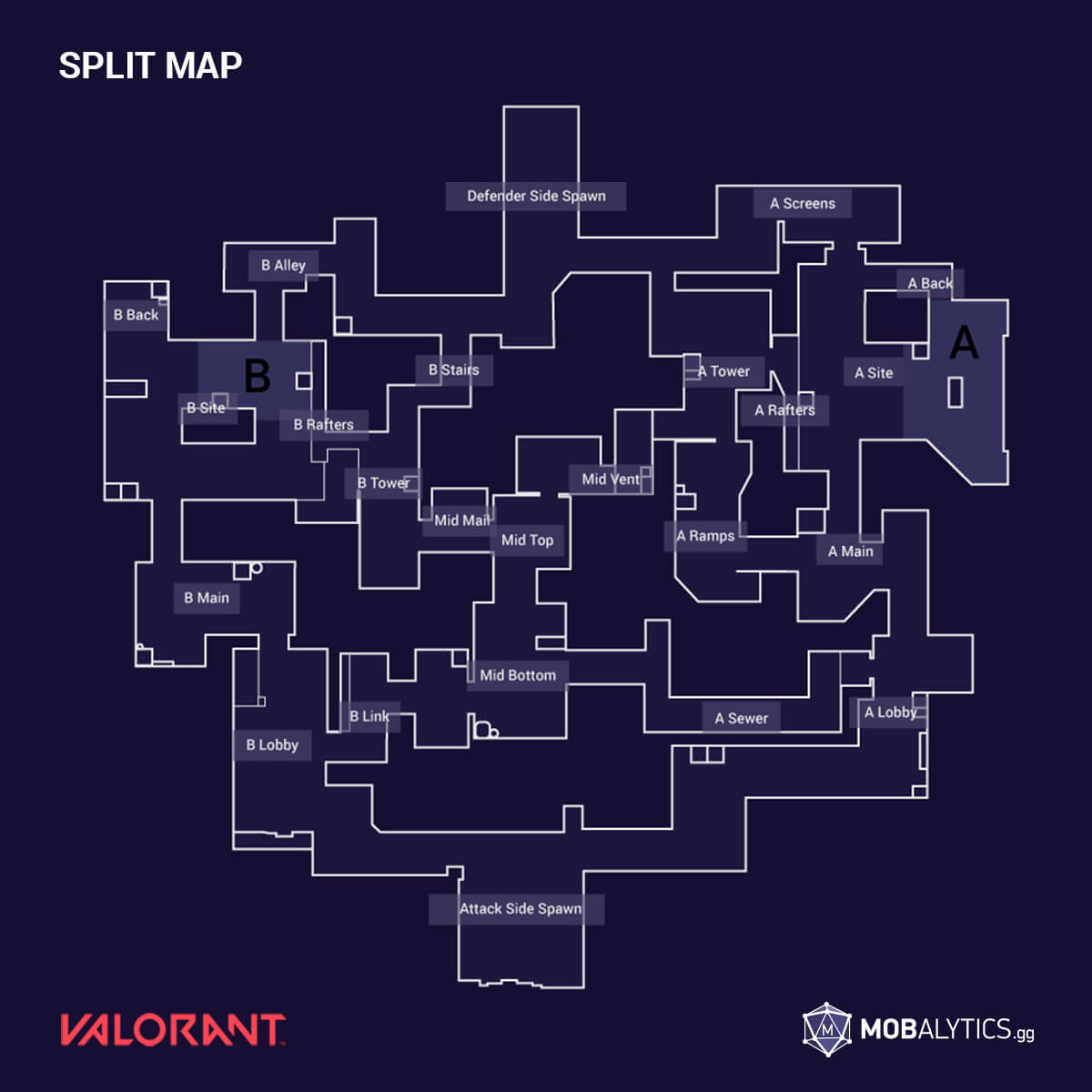 Even after two reworks that were in the favor of attackers, Split is still a defender sided map. It’s the first map to introduce vertical ropes which can be found both on B-Site near Heaven and in Vents.

If you played VALORANT during the beta you will remember that Mid used to be impossible to breach due to how unfair it was designed and B-Site being intake able against Cypher, who used be very dominant. 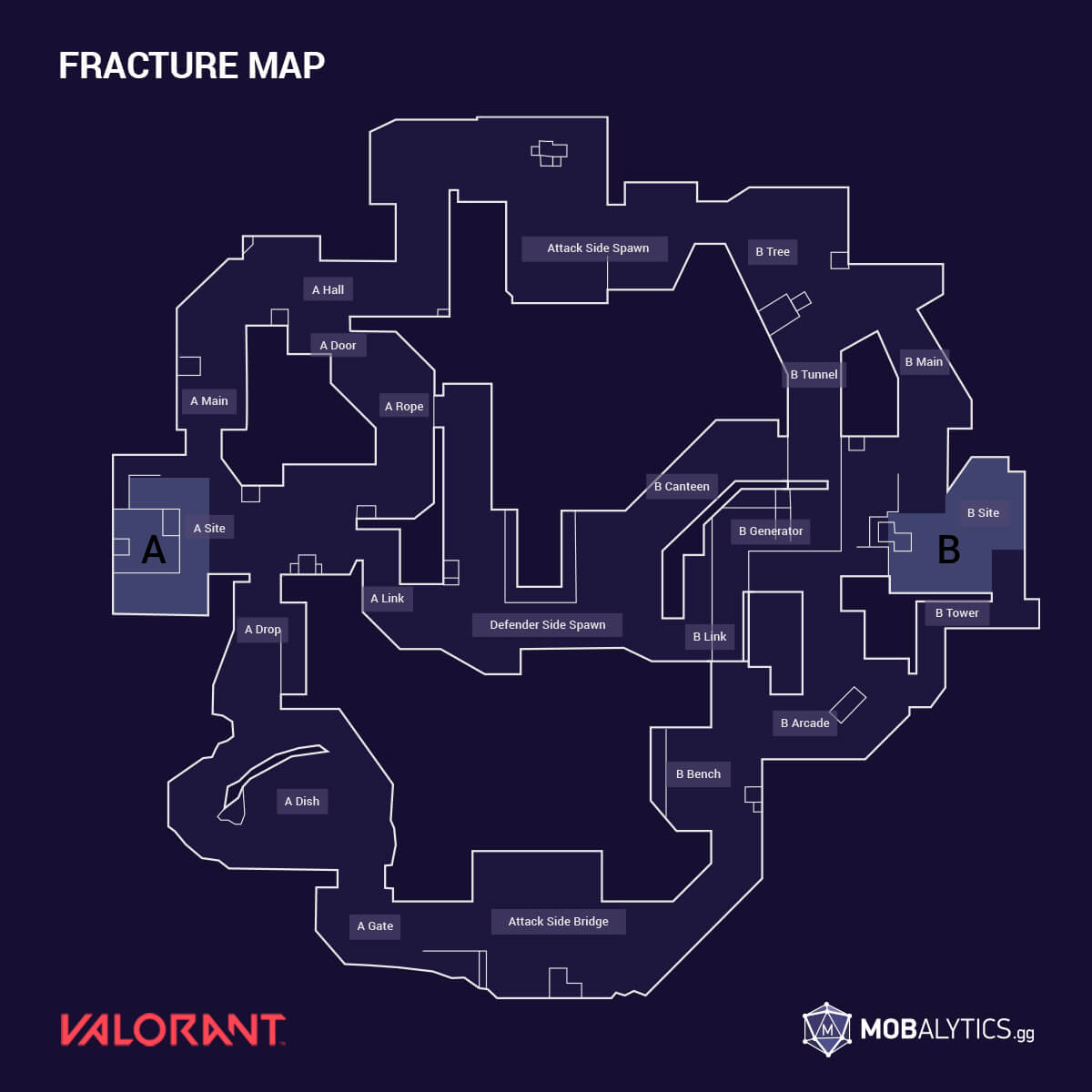 Fracture is the youngest and least discovered map in VALORANT. Not only is it rarely picked in professional play but it also counts as the most disliked map in Ranked play.

It might be the most unique map out of all, due to it being built in a way that allows attackers to attack each site from two opposite directions.

In terms of balancing, the win rate stats seem relatively equal for both attackers and defenders.

We are ranking these maps based on the following criteria:

Every VALORANT map has a unique element (e.g Bind teleporters, Ascent doors). While some of these are rather underwhelming and don’t affect gameplay too much others can add some very interesting mechanics which can be used in creative and strategic ways.

Similar to other tactical FPS games, there are maps that are much more popular than others both in professional play and in Ranked.

Especially professional play can create a good indication of maps that are well balanced and allow room for creative strategies while other maps feel like dice rolls.

For more guides and breakdowns, check out the rest of our VALORANT blog.