12 Things We Learned from VALORANT Champions 2022

12 Things We Learned from Valorant Champions 2022

VALORANT Champions 2022 was truly one for the books.

There were a ton of great plays and storylines that showed off the pinnacle of VALORANT’s best teams.

We’re diving in to the top 12 things we learned from the tournament, including some things that you can apply to your own play.

If we missed anything, let us know in the comments!

1. Despite the nerfs, Chamber is still on top

Chamber boasted the highest pick rate in the tournament at 66.86%.

His  Rendezvous ability was nerfed, but it gives him an instant get out of jail free card that is too strong for teams to pass up on, especially on the defensive side.

Chamber is still the best economic character with a free Operator as an ult and a cheap, yet strong eco buy with Headhunter.

Due to the Headhunter price increase, a common pistol round buy was to buy Ghost and Trademark.

In Riot’s September State of the Agents update it was noted that Chamber will be receiving further nerfs.

The team moved Rb off of Jett into a super flex role in which he played 5 different agents in their best of 5 against Optic in the lower finals. Buzz took over the role of primary duelist and as a result both Buzz and Rb had an increase in First Kill Success rate as well as KAST (% of rounds in which a player got a kill, assist, survived, or was traded out).

Mako was side by side with Pancada of LOUD in terms of stats for best Controller player at the event.

The team went 4-1 in their matches against NA and EMA teams, two regions they have struggled against in past events.

3. The Vandal is the preferred rifle over the Phantom

Vandal usage rates were 2.5 times higher than that of the Phantom.

Buzz of DRX was the only primary Jett/Chamber player to use the Phantom.

The Phantom was more so used by Controller players to spam through smokes.

4. Astra was the top Controller on the new map Pearl

Astra was picked on Pearl 83% of the time.

Viper was often paired with Astra, similar to her role alongside Brimstone on Bind.

A common default smoke was to place a recall smoke between B Ramp and Club to force an Operator off an angle due to players being able to pass behind the sign and swing from either side of Ramp.

5. There is mostly good balance amongst Initiators… Fade is the exception

Double Initiator was Commonly Picked, and Fade was the Most Picked Initiator

Fade’s most picked maps were Ascent, Haven, and Pearl. Breeze was the only map she was not picked on. This is where Sova had a 100% pick rate due to being able to cover the long ranges the map demands.
September’s State of the Agents mentioned potential tuning to Fade’s kit.

Kay/O was essentially a must pick on Ascent, and a fairly popular pick otherwise Despite having poor ranked play stats, Kay/O is a very strong agent in professional play. This shows his potential with mastery and coordination. A flash to incorporate into your game on Ascent is from Defenders Spawn to B site for a player fighting Backsite B to swing off of.

Breach’s Best maps are Haven and Fracture (66% and 85% pick rate)
He is becoming more of a mainstay on Haven due to his ability to play defense Backsite C, utilize utility through the multiple walls on the map, destroy Killjoy ults (Haven is her second most popular map), and most of all his strong ability for retakes.

Many rounds on Haven resulted in 5v5 or 4v5 retakes, this is where Breach shines.

6. Raze is the Best Synergizing Duelist in the Current Meta

Raze pairs very well with the most popular initiator Fade.

Her Paint Shell plus Fade Seize were commonly paired to kill enemies stuck in and decayed by the Seize. Paint Shells and Showstopper also synergize well with a Chamber Trademark and Sage Slow Orb.

Jett is boxed out by Chamber in terms of Operator ability, but still offers offensive advantages over him.

Raze is able to emulate Jett’s space creating ability on offense with her Blast Packs, and boasts very strong defensive ability by delaying plants and disrupting choke points on defense. Meanwhile Jett’s defensive OPing prowess isn’t as pressing due to Chamber being stronger in that role.

7. Yay Cemented Himself as the Best Player in the World of the VCT Era

This is a heavy statement, but one that is backed by his consistent performances across multiple events.

8. Viper Continues to get Immense Value on her 3 Best Maps

On Icebox, Breeze, and Bind Viper was picked nearly 100% of the time at Champions.

Viper has been progressively nerfed since the first Masters Reykavic, but is still a near must pick on those maps.

Her utility is still good for post plant and defense despite the damage nerfs.

Her Toxic Screen is extremely strong for site executes on Breeze, defensive walls and retakes on all 3 of those maps, and for lurking into U-Hall on Bind. 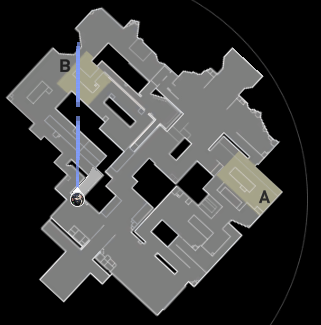 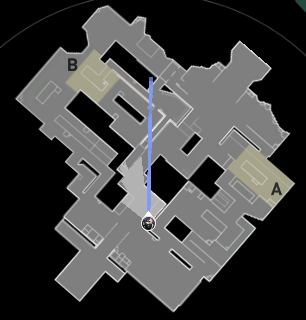 Here is the lurk set up for Bind:

Throw the Poison Cloud by lining up the dot above the left click toss with the upper left corner of the window and jump at the same time you throw the orb. 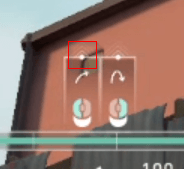 The Toxic Screen just runs along the right side of A Short. 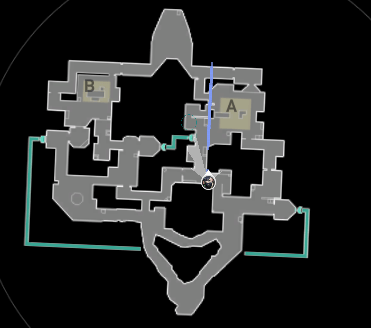 These two in combination give you a lane to walk up A short and even U-Hall.

Phoenix was picked more than both Yoru and Reyna after not being picked once at Masters Copenhagen. Buffs to Phoenix’s flash made them more in line with Kay/O’s right click flash, and the ultimate which was the only redeeming portion of Phoenix’s kit was buffed to make it even stronger.

Scream of Team Liquid played Phoenix on Breeze, Pearl, and Ascent.
Liquid’s strategy revolved around feeding Ultimate Orbs to Scream to use Phoenix’s very strong ultimate, Run it Back. Rounds were opened up by giving one of the best aimers in the world a free life to run at the enemies to get kills and create space for his team.

There is no coincidence that Scream played Phoenix on the maps which have Ultimate Orbs that are easier for the attacking side to secure. It was common for him to run to both orbs in one round on their games on Ascent.

Victor of Optic was the other notable player to play Phoenix. He played Phoenix on Haven, resulting in some of his better games of the tournament.
Optic had similar strategies to Liquid in utilizing Phoenix ultimate as much as possible.

On multiple occasions, Victor would use Run it Back in the wide open, tap the spike on B site, then continue on with his ult. This play appeared to have potential, but definitely needed some fleshing out to be effective.

You’d also think the guy who pulled off this play wouldn’t be so privy to using Run it Back in the middle of the open in Mid Courtyard in front of B site on Haven.

10. “You can trust my bots. They only malfunctioned that one time” – Killjoy

XSET and FPX replayed the 24th round in their series deciding game due to a visual bug from the Killjoy Turret.

In the final round of regulation Ange1 of FPX jiggle peeked the Killjoy Turret, it shot at him in A Link and then redirected its shots towards A Rafters. Because of this Dephh of XSET was watching for an enemy on A Rafters despite no player being there due to the incorrect information from the Turret.

In the initial playthrough XSET lost the 3v2 advantage they had in the round, the match, and they were out of the tournament as they lost 13-11. Riot decided to replay the round despite no request from XSET, and in the replay XSET won the 24th round. Ultimately FPX won after multiple rounds of overtime and XSET were eliminated from the tournament.

This is a slippery slope of a precedent to set, as in the future teams can request replays if they believe an in-game bug caused them to lose the round.

Hopefully when franchising comes next year there is a comprehensive rulebook that classifies known bugs as that have set penalties if deliberately exploited (such as the old Cypher Breeze camera), are known and do not justify a replay, and are known and justify a replay. That way there is some consistency in decision making among hard to replicate bugs and exploits.

11. LOUD’s players had a very tight distribution of stats

All 5 players had very even stats through the tournament, and especially during the grand finals.

Across the 4 maps against Optic in the grand finals a different player on LOUD had the highest ACS each map, had only 6 kills between the lowest and highest fragging players, ACS only 13 difference between lowest and highest, as well as average damage per round only 6 apart between highest and lowest.

This trend translated into consistency of the team as a whole and less volatility due to less dependency on 1 or 2 players to carry the load.

It also shows the value of support players and IGLs that can show up on the scoreboard such as Mako or Shao, which will be a very hot commodity during franchising.

12. Using the ropes on Fracture are great for relocating… but don’t have all 5 teammates use them at once

This clip is just too fun to leave out, but there are some lessons to learn on how to play Fracture here.

It has become commonplace on defense to crunch Attacker Side Spawn through aggression from A Halls and B Tree.

In this case, that strategy resulted in Boom taking the rope into Crashies’ waiting arms.

This is done using Breach’s stun and flashes as well as with Neon’s stun and mobility.

The future of international play and competitive in general for VALORANT is incredibly bright! We’ll see how the upcoming franchising system will change the look of upcoming tournaments. See you next time and we hope this breakdown helps you in your matches.