Here is all the information we know so far about VALORANT’s new agent for Episode 3. It is a robot named KAY/O and he is looking a lot like one of the practise range bots ready to take revenge on us all.

Riot has stated that KAY/O is a ‘machine of war built for a single purpose, neutralizing Radiants’.

In their description of him, they continue to talk of his ‘crippling’ and ‘suppressive’ capabilities.

From KAY/O’s recent gameplay reveal trailer it is clearly exhibited that he will be classified as an ‘Initiator’ agent.

The official VALORANT trailer showcases KAY/O initiating a battle on Breeze A bombsite with his unique abilities and ultimate.

Let’s run through those now. 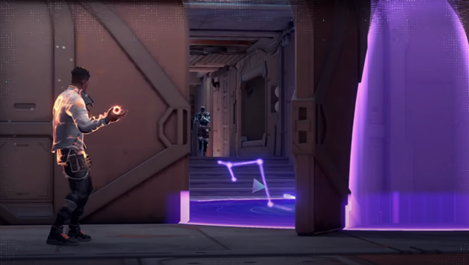 Equip an explosive fragment. Fire to throw. The fragment sticks to the surface of where it landed.

It functions like that of a cluster and explodes multiple times, dealing near-lethal damage at the center of each explosion.

This ability is the only one within his kit that can directly deal damage. It will make for a good way to clear out small corners and pressurize choke points on the map. 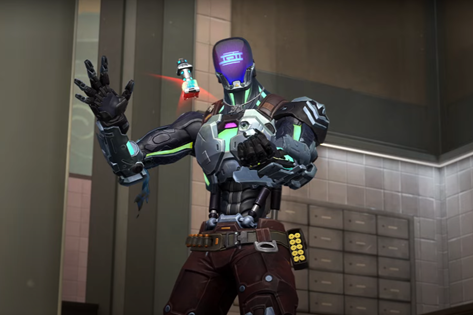 Equip a flash grenade. Left click to throw. The flash grenade explodes after a short fuse, blinding anyone in line of sight.

Notable Mechanics: Right Clicking the flashbang works similarly to that of a RAZE grenade.

KAY/O seems to lob the grenade a short distance and it is speculated that the charge time of the flash is decreased from 1.6 to 1.0.

Through gameplay footage the left click of this flash grenade seems to have a lot of distance, a lot more than other projectiles in VALORANT.

It seems likely that flash line ups will be entering the game given the quarterback throwing capability KAY/O has. 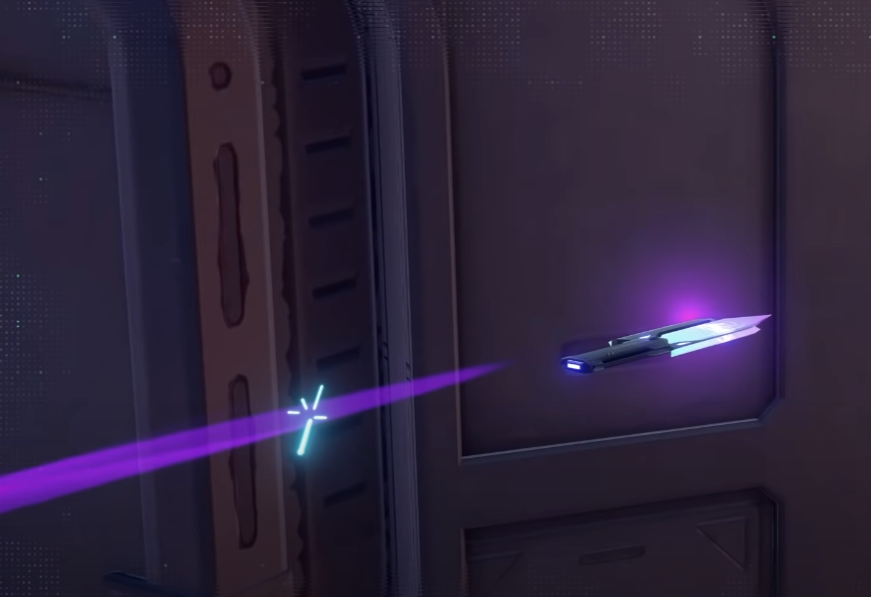 Equip an explosive fragment. Fire to throw. The fragment sticks to the surface of where it landed. It functions like that of a cluster and explodes multiple times, dealing near lethal damage at the centre of each explosion.

This ability is the only one within his kit that can directly deal damage. It will make for a good way to clear out small corners and pressurise choke points on the map.

After activating the ultimate, KAY/O is instantly overloaded with polarized Radianite energy that empowers KAY/O and causes large energy pulses to emit from his location. 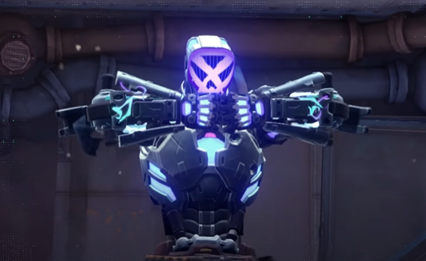 Enemies hit with these pulses are suppressed for a short duration. The degree to which the suppressive pulsing extends is roughly the same radius as a KILLJOY Ultimate.

Notable Mechanics While Overloaded, KAY/O gains his own Combat Stim effect like that of the Brimstone ability.

Lastly and most interestingly, If KAY/O is killed while overloaded, he is downed and enters a destabilized state, allowing allies to stabilize his core and revive him.

From gameplay footage it has been revealed that KAY/O will only have 15 seconds in this destabilized state before dying.

Furthermore, he gains 850 health in this destabilised state and if the enemy manages to inflict this upon KAY/O he will die immediately.

The strength of this resurrection ability will come down to how long it takes for teammates to stabilise KAY/O as well as the downtime KAY/O has once he is stabilised (much like the split-second downtime Yoru has once exiting his ultimate, and Jett when she dashes, the downtime between when she can fire her gun.

If you can simply click an interaction key to instantly stabilise KAY/O and have him shooting his gun again instantaneously, that seems quite overpowered!

Therefore, it is likely that the early pieces of gameplay footage are accurate. They have shown that the time needed for an ally to stabilise KAY/O is roughly 3 seconds and the downtime KAY/O receives is similar to that if you have been revived from a SAGE Ultimate.

KAY/O’s suppressive kit comes at a point in time where gameplay was becoming overly centralised on ability usage.

His crippling and nullifying effects towards abilities will shift the meta back into an old school style of play in certain situations, forcing players to focus entirely on their gun skills and mechanics.

Additionally, the changes in patch 3.0 support the fact that Riot is making an effort to decrease the usage and spamming of abilities.

Many agents have had hefty price increases to their abilities whilst others have lost the number of times they can use an ability altogether.

Depending on how strong KAY/O’s abilities end up being in game it will be interesting to see whether there is a drop in the pick rate of certain sentinels.

The VALORANT Masters at Reykjavik saw most teams opting to pick only a singular duelist. This meta will most likely shift as a result of KAY/O’s suppressive power.

After KAY/O has initiated battle onto a site he will have closed a lot of distance between the two teams. I can speculate that there will be a lot more close/medium range teamfights from this.

Once KAY/O can no longer prevent the enemy from using abilities, it is likely that the value of duelists will be significant. Flashes from duelists or other initiators will play a significant role in holding down and or reclaiming sites.

I can definitely see sentinels losing some pick rate. Thus, team compositions may look something like double or triple Duelist, KAY/O and a Controller such as:

It is still early before the update and release of this agent, much of this information may be subject to change and after only seeing early gameplay footage it is difficult to predict exactly how KAY/O’s abilities will play out.

Despite the uncertainty, I can see coordinated suppressive plays being highly effective and I am sure we will see KAY/O being instalocked for quite a while.

What are your thoughts? Leave a comment down below regarding what you think of KAY/O’s abilities and the impact he will have

What are your thoughts? Leave a comment down below regarding what you think of KAY/O’s abilities and the impact he will have. For tips and tricks on all agents, head to our VALORANT agents page.