Welcome to our Valtan guide, the first legion raid in Lost Ark. It is a Tier 3 raid that requires 1415 Gear Score to start and has a hard mode at 1445 (check out our end game guide if you’re still progressing your Gear Score).

Unlike Argos when a team has 4 resurrections during the fight, the Valtan raid has no resurrections, only restarts.

Valtan is challenging content, make sure to pay attention to every detailed mechanic written in this Lost Ark guide!

After clearing Valtan Phase 1, you will be able to craft the relic/artifact gear set – this is the gear set you will be used for a long period of time, until we have the hard mode of 4th legion (Brelshaza).

Just like Argos, normal loot in Lost Ark comes at the end of each phase, and you can acquire extra loot by buying the bonus loot box for some extra gold. 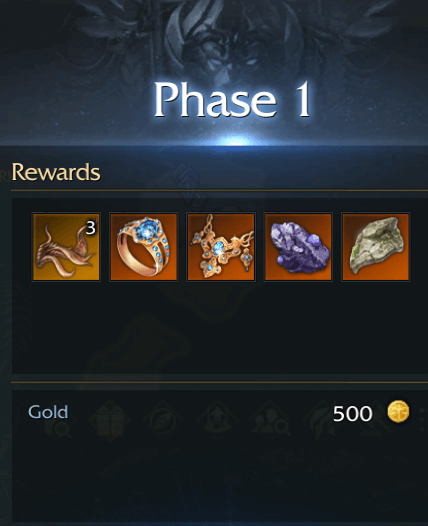 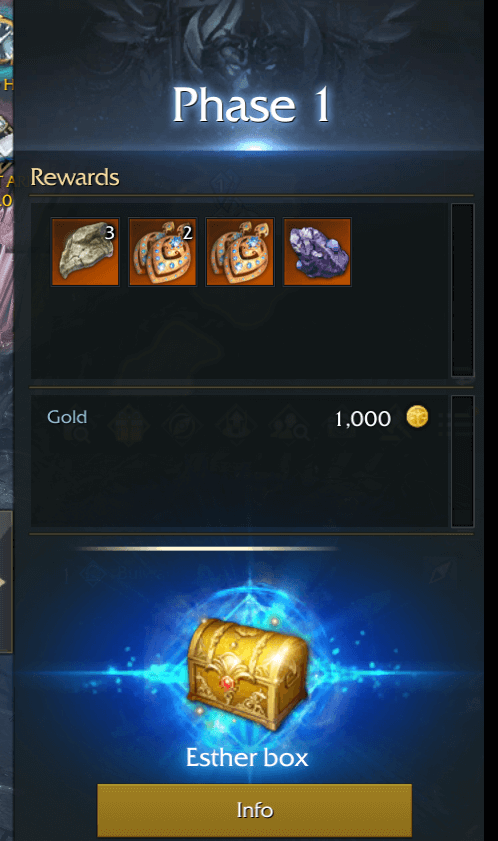 Can be used after charging their bar to perform their special move, their bar is charging overtime during the Lost Ark fight, performing the fight mechanics correctly will greatly increase the bar.

During the Valtan Phase 1 raid you will have the help of the following 3 raid helpers: 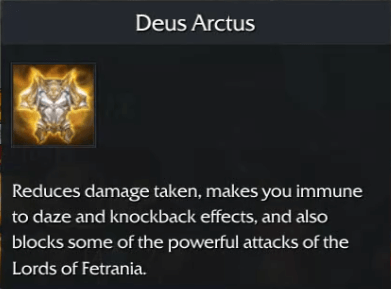 In Valtan Phase 1, you will be fighting the 2 wolves Renwolf and Rictus (“Blue Wolf” and “Red Wolf” respectively from here on out).

The Lost Ark fight starts with both of them combined together, after reaching x46 bar of HP, they will split, and you will have to fight each one of them separately and sometimes both of them, at the end both of them will combine again.

Major/wipe mechanics during the fights start when reaching some certain HP bar of the boss.

One of the most annoying and deadly mechanics of Valtan Phase 1 is bleed stacks. If you have 3 stacks of bleed it will cause 1 death-line AoE, so try to avoid the bleed slashes. Once you have 2 stacks of bleed, use Panacea, or if you have a Paladin/Gunlancer/Soulfist ask them to dispel you.

The boss will teleport to the center making a big AoE that staggers players, deals very low damage. Nothing can be done there, just stay away from it.

Then the Lost Ark boss splits into 2, red and blue wolves, blue one leaves right away and comes back at x39 bar of HP.

The Red Wolf summons the Blue Wolf and both of them will fight together. During this time, you must separate them from each other, otherwise, both will have a big defense buff and the whole party will deal very low damage to them. Your target is to deal as much damage as possible to the Blue Wolf to make it go away. 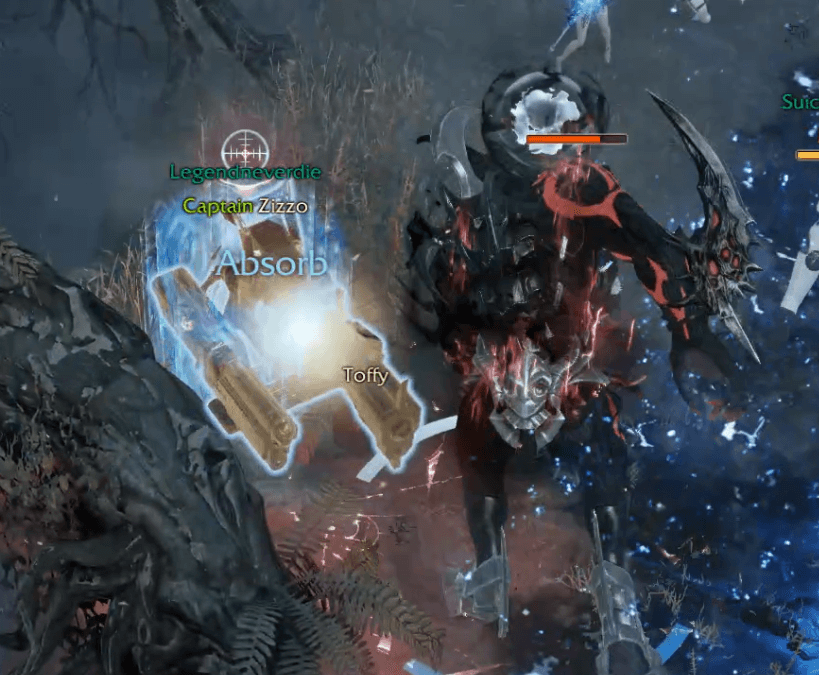 Red and Blue marks can change from one player to another during the course of the fight. 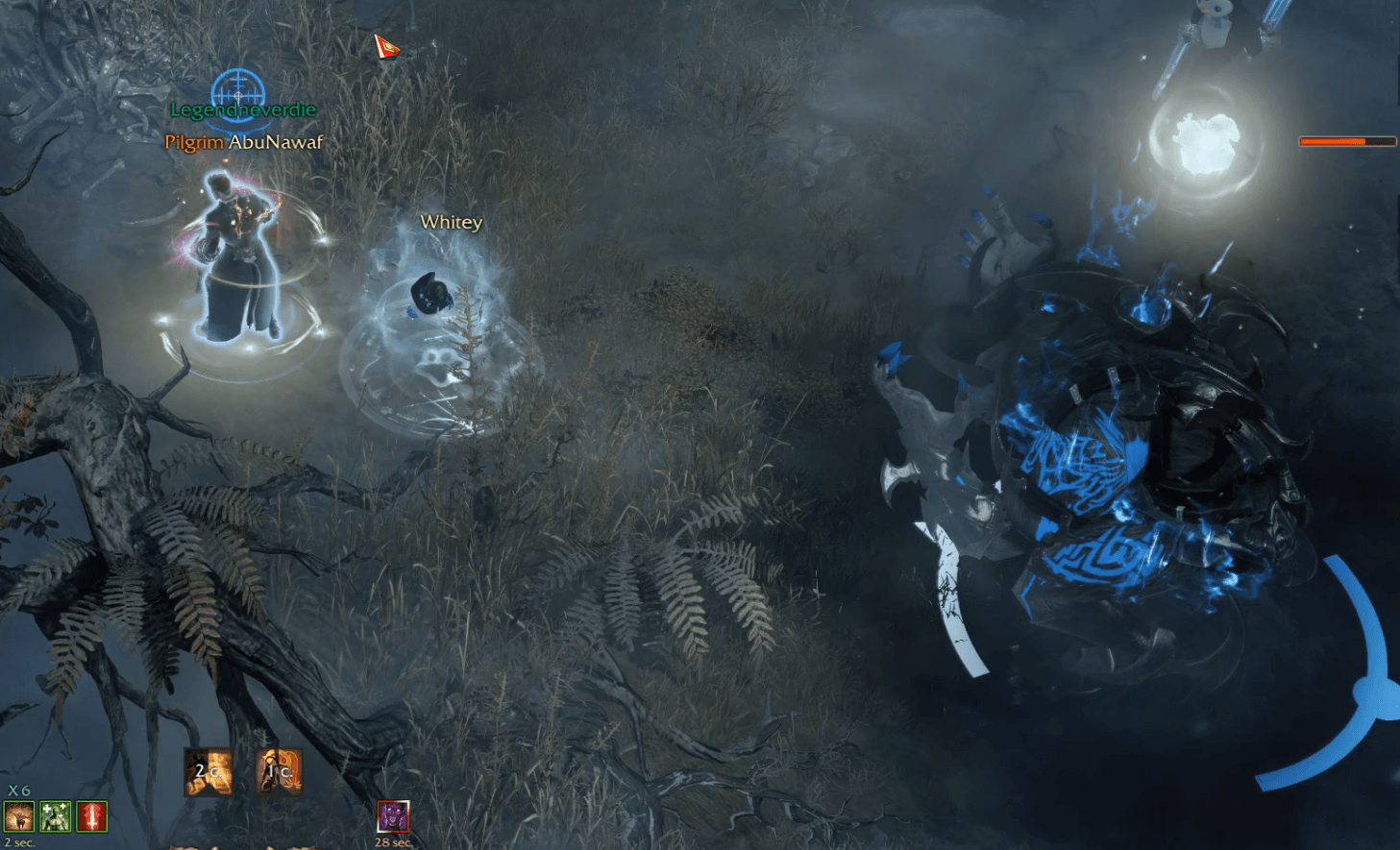 Also, a yellow buff will appear on 4 random players above their HP bar (except the player with Red mark). 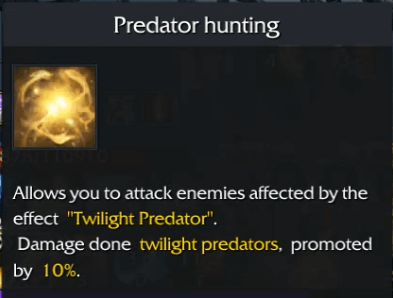 If you have this buff above your HP bar, you should go and fight with the invader wolf (Blue Wolf) only, since the rest of the team who don’t have this buff will deal no damage to it.

When the Blue Wolf takes enough damage, it will leave the area for the time being.

Red Wolf will start charging to perform its 1st wipe mechanic, with a stagger bar showing on it.

Boss must be staggered but 8 orbs will appear around the boss. These orbs auto targeti the nearest player to it, and start following them.

The orbs are in two colors (red and blue), and it have some special properties:

To pass this Valtan Phase 1 mechanic, there are 2 ways:

After the x30 mechanic, the Lost Ark boss will leave the arena and it will be replaced with the Blue Wolf.

Blue Wolf will summon the Red Wolf, which means the Red Wolf this time is the invader, so this means that the Yellow Buff mechanic is reversed.

The players with the yellow buffs should go and take care of the Red Wolf and not the Blue Wolf.

At around X10 ~to x1, the boss will randomly do a fear mechanic.It’s an easy mechanic but it can be a wipe mechanic if you fail to stagger the boss or evade the fear effect.

If the boss successfully executes the mechanic 1 more time, and your party fails to stagger again, it will wipe everyone.

To avoid the fear effect, simply use a skill that makes you immune to hard CC when you see the Lost Ark boss doing the animation of fear, like dash (space bar) or an Awakening skill, or Enhanced Panacea (will make you immune to any CC for 2 seconds).

Red Wolf backflips kicking frontwards and ends it with a powerful slash backward, it knocks up the players at the front side and deals damage to backside players.

Red Wolf roars and jumps forward with a slash followed by a spin that knocks players up, 1 sec later an AoE explosion around him will happen knocking up everyone on the edge, to avoid the explosion dash closer to the boss or run far away.

Red Wolf will stand still and start charging, small circles appear under each player and explode causing a knock-up.

Red Wolf rages and starts doing fast cone-shaped slashes, dealing much damage to whoever steps in it.

Red Wolf will spin and transform into a tornado that follows 1 random player, covered by an outer range tornado that pushes back any player who tries to walk through it. The safe spot is the gap between the 2 tornados, the targeted player should run away from his teammates, The Red Wolf tornado deals very high damage.

Slashes on the floor that deals damage and debuffs a Lost Ark player with bleed effect, the indicator is clear, black smoke will appear on the floor, 1 sec later a slash will happen in that spot.

At x34~ bar of HP, if the party damage is low the Valtan Phase 1 boss will start throwing darkness debuffs (can be dispelled with panacea or other classes dispel skills), if a player got 4 stacks he will be imprisoned. Party members must free him otherwise then Red Wolf will grab him and start dealing damage to the player.

Red Wolf hand will glow red and 5 red lines indicator will draw on the floor, you can step in between to avoid the slashes, then it will be followed up with 3 slashes starting under the boss, safe spot is the sides and after the 1st slash happens, dash front of the boss to be in between the rest of the slashes.

Blue Wolf will target a random player and dash forward to him, during it, blue dot that explodes will appear randomly around the players.

Blue Wolf stands in his position and throws 1 spinning blade forward, this blade splits into 6 blades in each direction.

Same animation as poisoned hand mechanic, but instead of throwing explosive dots, it will throw explosive lava that deals high damage to players.

Blue Wolf will slash forward to a targeted player 2 times.

Blue Wolf will spin to knock players up, and follow it up with AoE explosion, safe spot is closer to the Valtan Phase 1 boss or far away from them.

Same as Red Wolf blood explosion but it’s blue this time, boss will stand still and charge, blue explosive dots will appear randomly under the players causing a knock-up.

Same animation as poisoned hand and lava eruption but this time, the Lost Ark boss’s hand will glow blue instead of green.

It will throw ice dots on the grounds and jumps back, those explodes will split into 6 ice darts, if it hits a player, the player will be frozen and another 6 ice darts will explode from him, it deals very low damage, but you can avoid it by keeping an eye on boss’s arm, if it’s blue, keep distance.

After clearing the x15 Valtan Phase 1 mechanics, both Red and Blue wolves will combine again together, and all those random mechanics mentioned above will happen randomly.

Same as the Red Wolf tornado but the boss tornado isn’t following anyone, instead it will throw blades around the boss.

A black circle will appear, if players step into it, it will start glowing blue and debuff players with slowness debuff (decrease move speed) for 3 seconds.